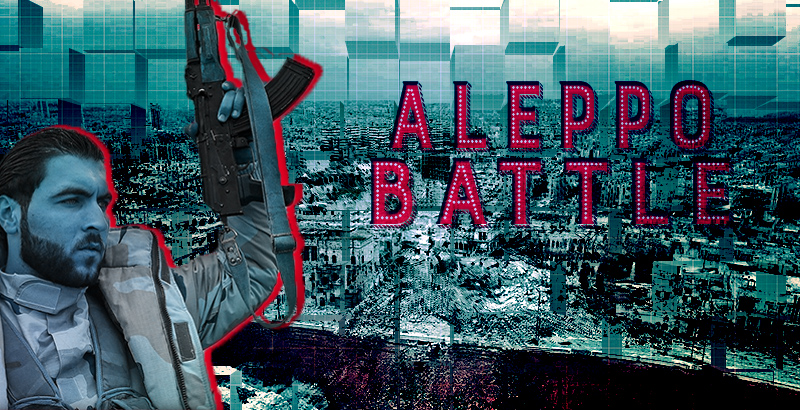 Last weekend, the Syrian army and its allies focused on northern and central parts of the eastern Aleppo pocket. They seized the Intharat Heights near the Ba’edin roundabout, continued advances near the Jandoul roundabout and launched a fresh operation west of the Aleppo International Airport.

On October 17, the government forces chose a new direction of the attack – southwestern Aleppo. 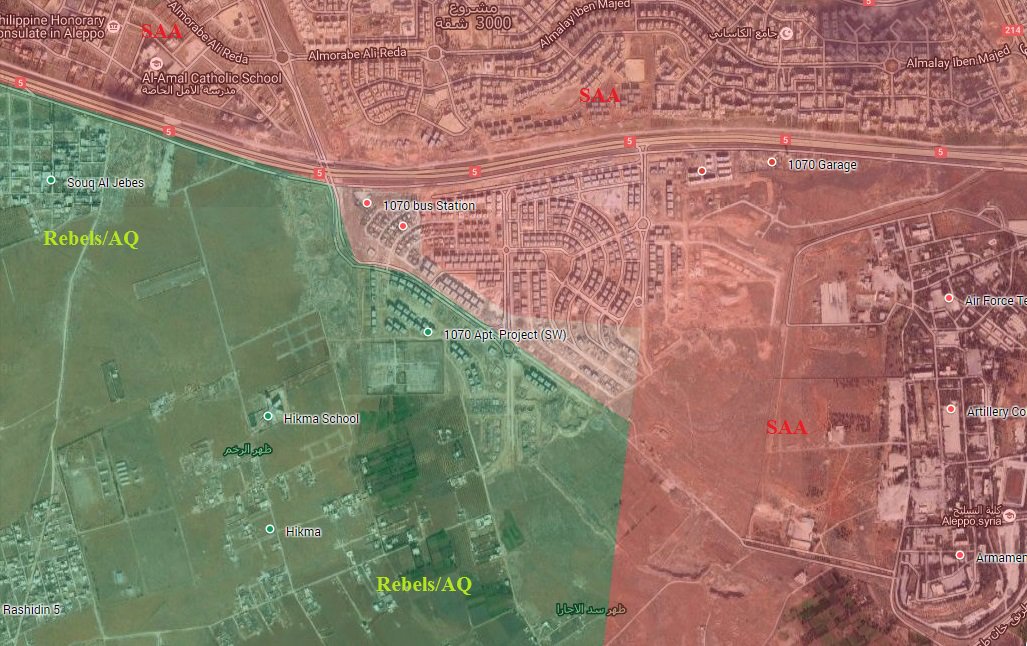 Initially, the Syrian army and Hezbollah launched an offensive in the the 1070 Apartment Project targeting Jabhat Fatah al-Sham (formerly Jabhat al-Nusra) terrorists and their allies there. Following a series of firefights they took control of a major part of the 1070 Apartment Project (1070 AP) area.  Some sources even argue that the whole 1070 AP is under the government control.

If the liberation of 1070 AP is confirmed, it will be another major success of the pro-government forces in last 3 days. Control of the 1070 AP will allow the government forces to secure the whole northwestern flank of Aleppo and set a foothold for operations in the area of Hikma school.

Hezbollah’s commander, Hatem Hamada (Haj Alaa) was killed in the clashes for the 1070 AP. 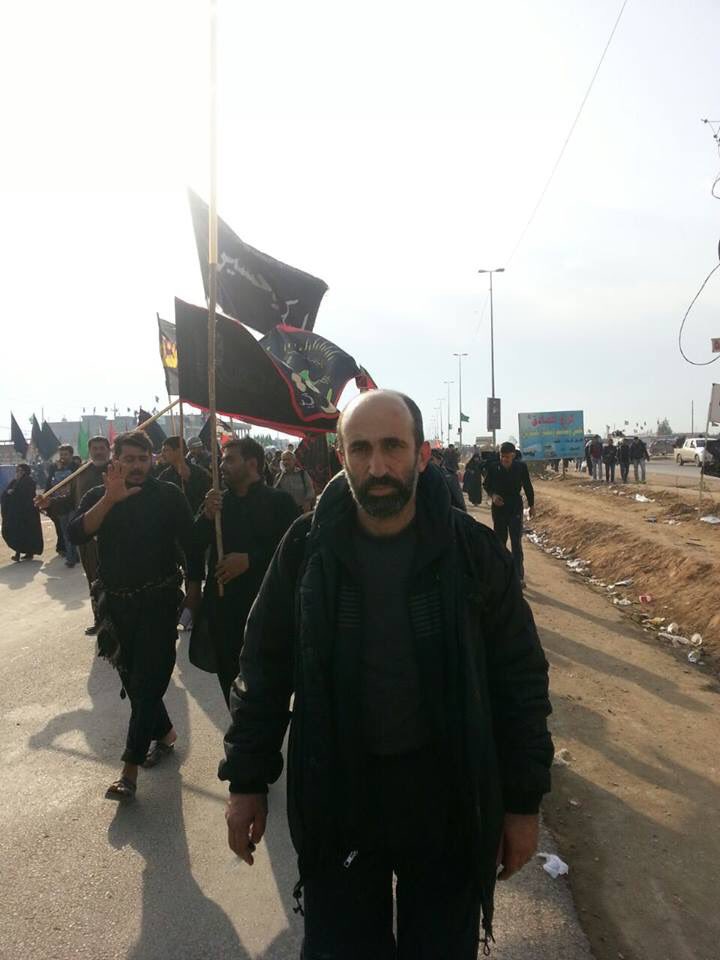 The army and its allies also engaged militant units in the Salah Addeen neighborhood. Pro-government sources argue that the progovernment forces have been able to take control of a number of building blocks in the area. However, no visual confirmation has been provided. 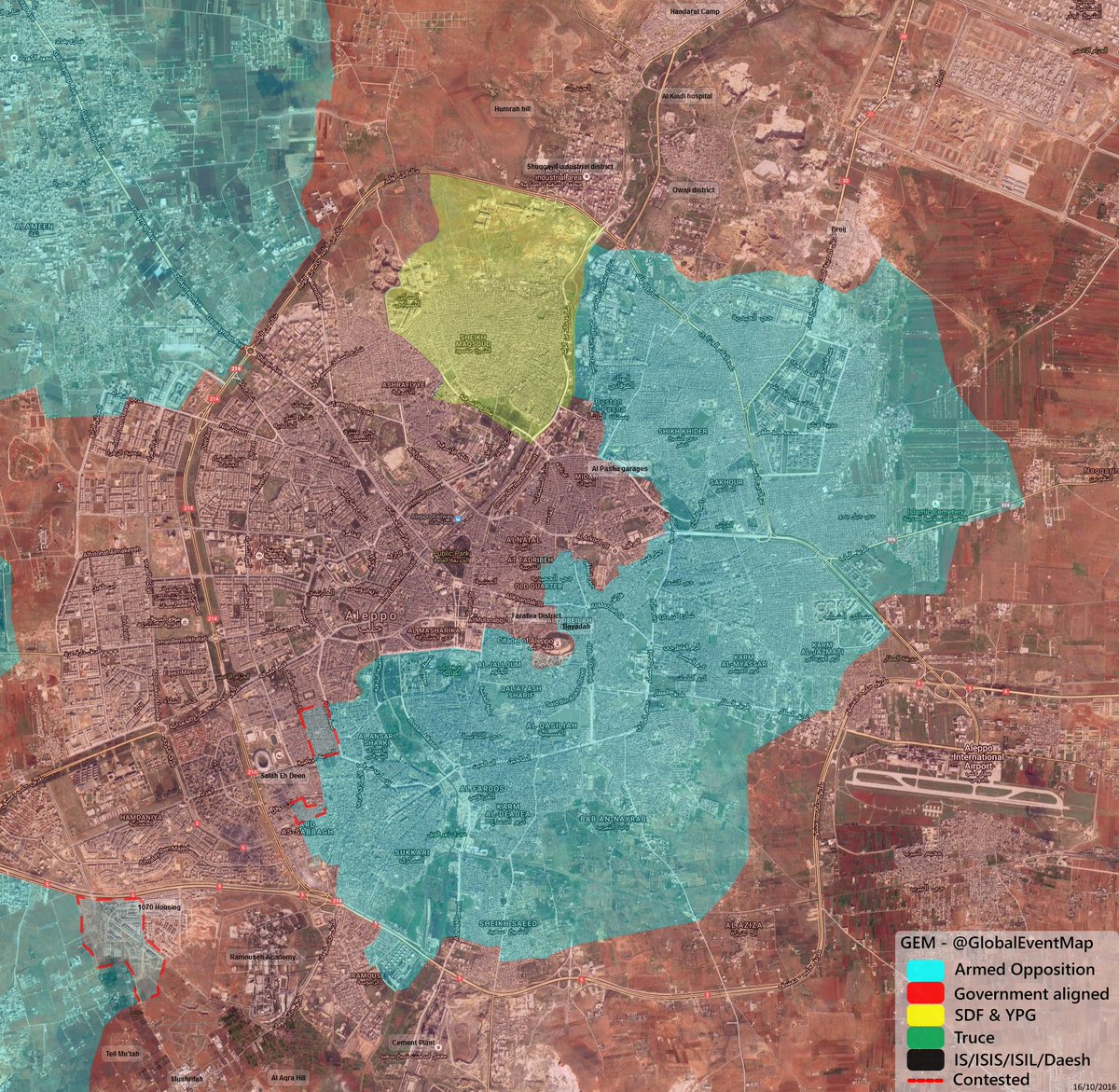 Using the success in the  1070 AP, the Syrian army and Hezbollah took control of the Air Defense Base from Jabhat Fatah al-Sham and its allies south of Aleppo. The Syrian government forces also seized a small hilltop (SyriaTell hill) at the Khan Tuman-Aleppo road. 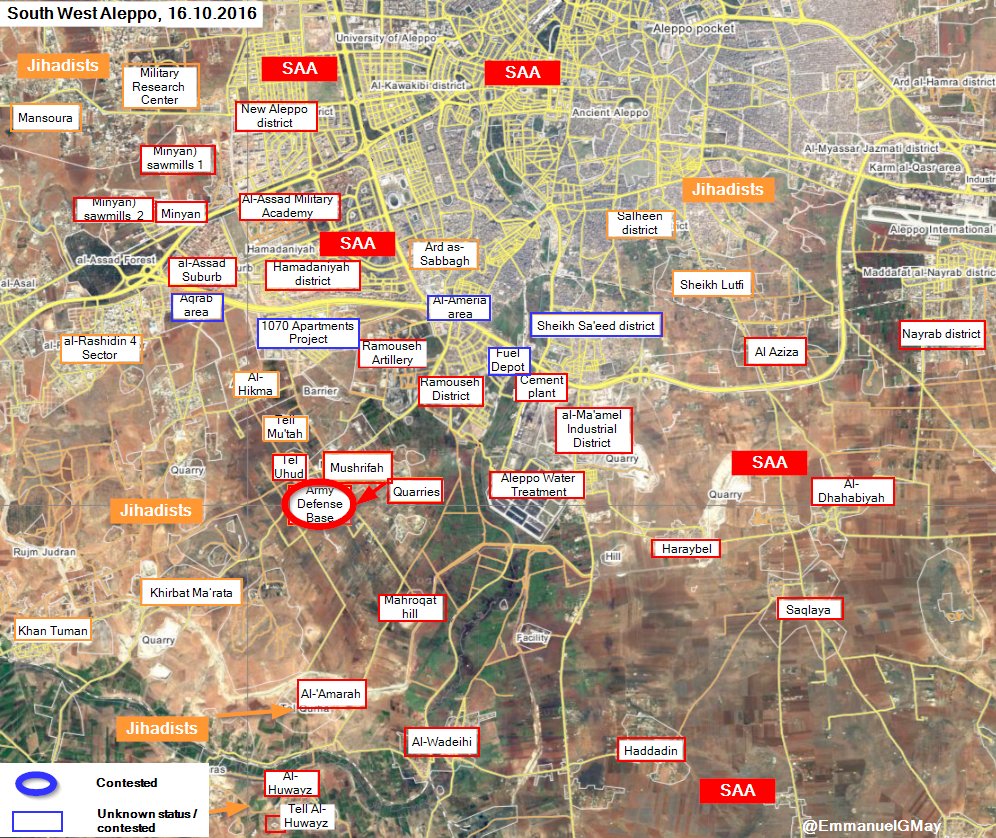 The operations inside and outside Aleppo are supported by the Russian Aerospace Forces and the Syrian Arab Air Force. The Russian air power bombed the militants’ supply routes to Aleppo city from Kafr Hamra, al-Mansoureh,  and Khalseh, Khan Tuman, al-Eis and al-Zarbeh while Syrian warplanes and military helicopters bombed militant targets in northern Aleppo.

In total, about 100 air strikes have beeen recently delivered by Russian and Syrian warplanes. Unconfirmed reports say that up to 40 militants have been killed and over 50 wounded in the air raids.

This report brings memories of Colonel Killgore saying : “THIS WAR IS GOONA END” (as in what are we going to do afterwards ??)

Cannibals being turned into cuisine.