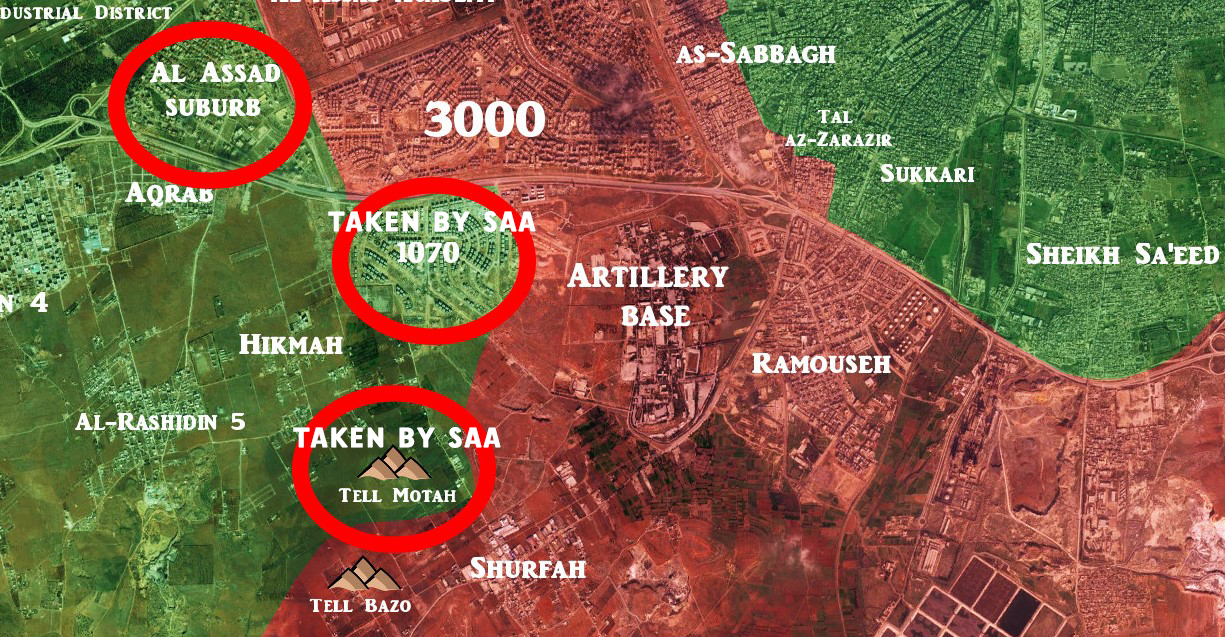 November 7 evening, the government forces seized about 6 building blocks in the 1070 Apartment Project: 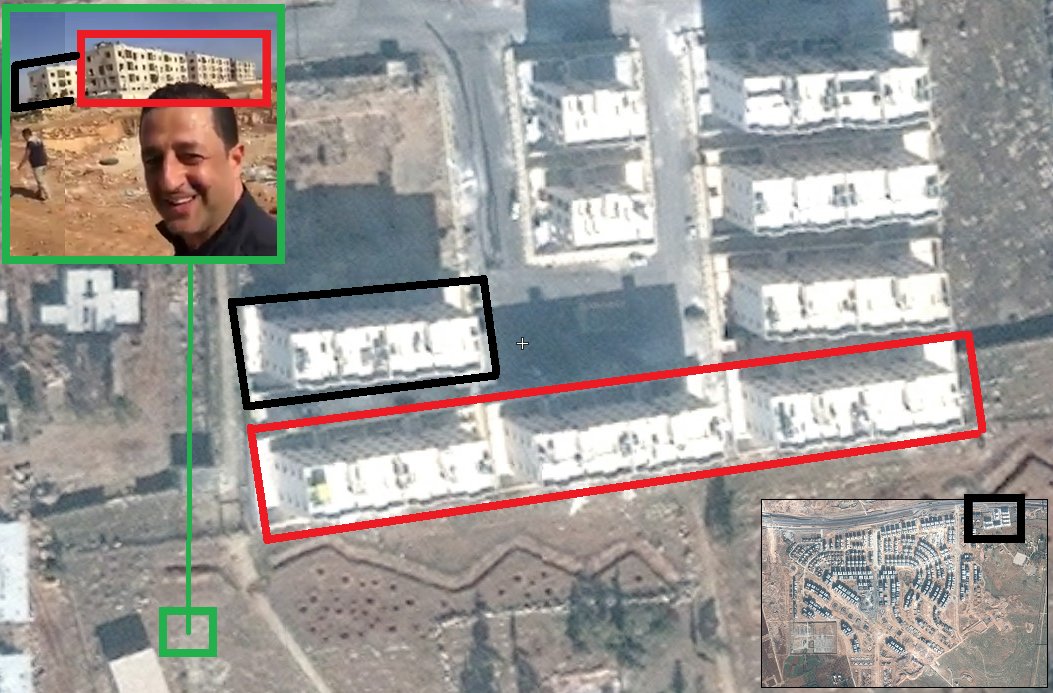 On November 8, the Syrian army’s Tiger Forces and its allies continued the operation in the southwestern Aleppo and seized the full control over the 1070 Apartment Project, the Al-Rakhmih Hill and the Motah Hill. Iranian-backed militias embeded with Iranian military advisers reportedly played an important role in the operation.

At the same time, the Syrian Arab Air Force continued to deliver air strikes on Jaish al-Fatah targets in the southwestern Aleppo countryside with special attention to the group’s supply lines in the area.

Meanwhile, reports have appeared that Jaish al-Fatah is deploying 2,000 more fighters from Idlib to Aleppo. This confirms that Jaish al-Fatah’s defenses are collapsing in the southwestern Aleppo and the current militant striking force is already not enough to achieve any gains in the city.

Ok, how far is the SAA going to take their offensive Westwards? Because it seems an oppening has been cleared in the area.

Maybe it’s time to dust off the deep battle book…

With thousands of enemies at est-aleppo in their back ? Let’s clean the area first.

They have to completely destroy the FSA in either aleppo or damascus before they can move on.

Hello Hunter. My impression is that this is a giant vacuum cleaner operation. Drawing more fighters into the maw of the grinder. It is sucking the reserves from Idlib and that is perfect. When the SAA et al rolls west at some point, I don´t think Nusra and Friends will have much left to put up a fight. My take on it. Have a great day.

The regime has concentrated a large force in Aleppo and all of their elite units. It was expected that they would storm the East Aleppo pocket, but the plan could indeed be to draw the rebels core force into open battle west of the city and destroying them there

Turkey has claimed today , that Manbij is their next objective , and yesterday heard the SAA was preparing to take Al Bab. So my guess is the large force could be to cleanup Aleppo as much as possible, before going east to block Turkish moves south. The Afrin Kurdish and SAA apparently have come to some sort of agreement .

Is it not a bit dishonest to show the 1070 Apartment Project as “Liberated” when they only seized 6 buildings + the 3 ones they had before?

They said they seized the buildings yesterday; they took the rest today

I don’t know why they bother, to be honest. Just take the lower floors and then level the whole building.