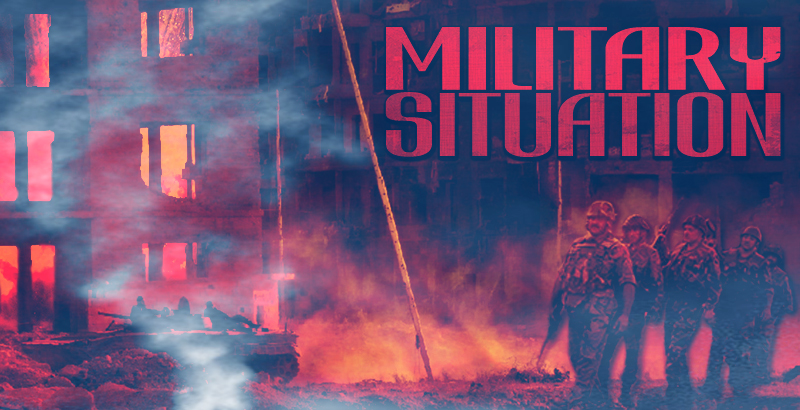 More than 800 members of militant groups have laid down arms and surrendered to the Syrian government over last 48 hours. Meanwhile, over 5,600 civilians, including 2,800 children, leaved the militant-held areas of Aleppo city during the past day.

The developments came amid the ongoing hysteria in the mainstream media, some of which even don’t know where Aleppo city is located.

Now, the Syrian military’s main goal is to set a full-control over Aleppo city. Government forces deployed contingent in southern Aleppo to strengthen the pressure on militants in the southern part of eastern Aleppo pocket, tacking advantage on their lack of manpower and military supplies. 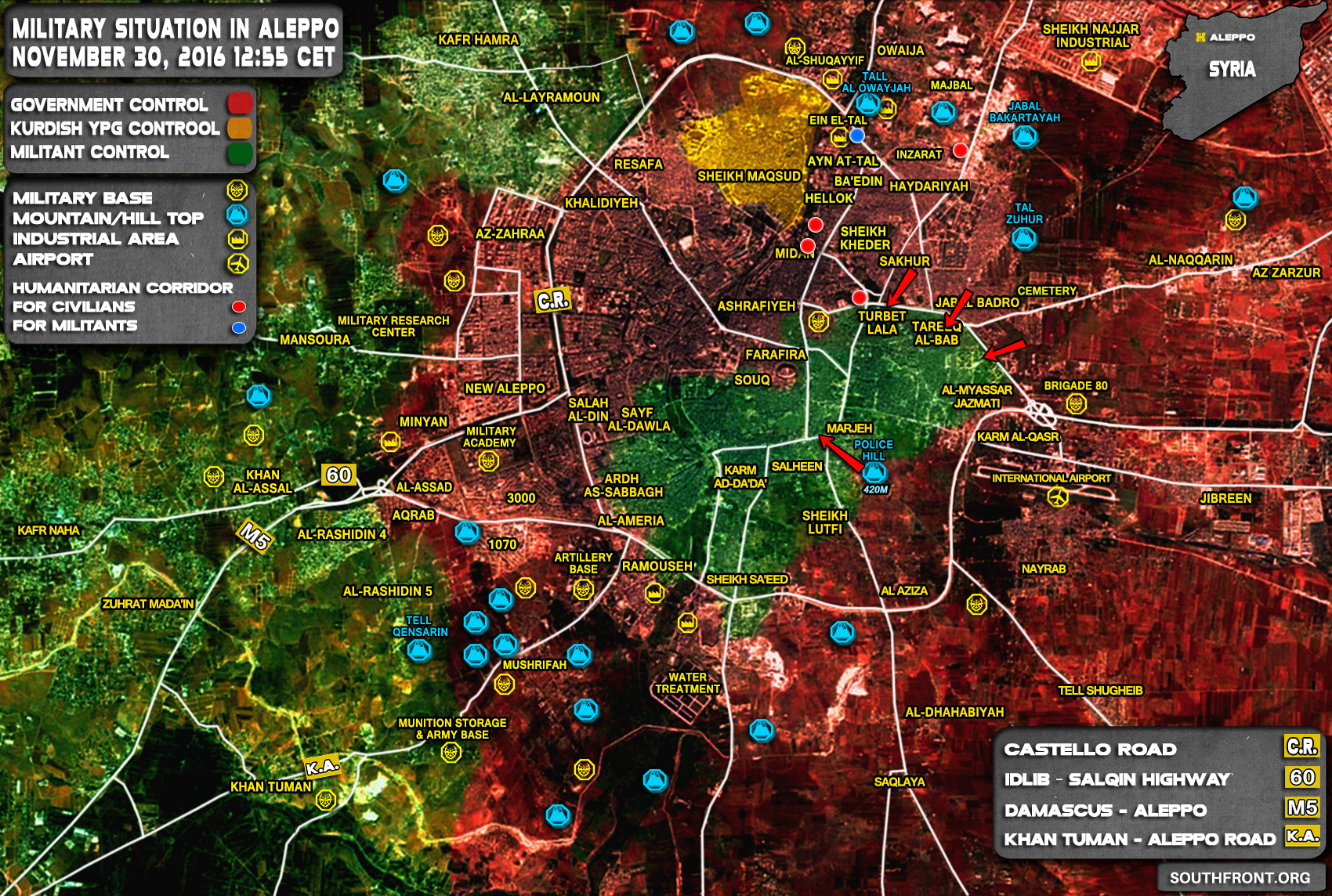 While Jaish al-Fatah militant coalition will try repel government attacks in southern and northern directions, the Syrian military will likely launch a splitting attack in the direction of Aleppo Citadel, putting the end to the battle for Aleppo city.

Nonetheless, the battle is not over.

Jabhat Fatah al-Sham (formerly Jabhat al-Nusra, the Syrian branch of al-Qaeda) hass been reportedly deploying reinforcements to the western Aleppo countryside from the province of Idlib. Accoridng to reports, the group was able to find some 500 fighters to strengthen the last desperate attempt to break the government forces defenses in Aleppo city.

In eastern Aleppo, clashes between government forces and militants are ongoing in Sheikh Sa’eed, Helwaniyah and  the Scientific Research Center.

Heavy artillery shelling has been reported in Sho’ar, Karm al-Myassar and al-Tarab.

SF also wants to recall our wide analysis of the course of the battle for Aleppo:

What the Syrian army and its’ allies will do is split the remainder of East Aleppo in terrorists’ control in half and then attack them from 4 sides.