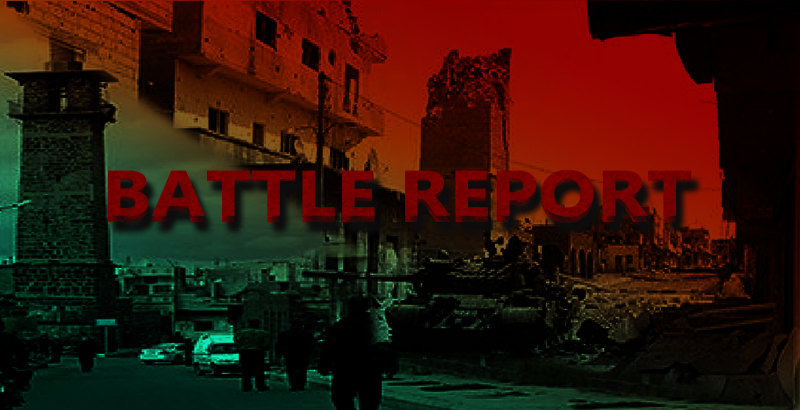 Last night, Jaish al-Fatah deployed reinforcements (allegedly up to 800 fighters) into the areas near Minyan and al-Assad neighborhoods. At the same time, a large convoy of Liwa al-Quds (a Palestinian pro-government militia) fighters arrived the same area. According to unfonfirmed reports, there are about 2,500 Liwa al-Quds members are currently deployed in western Aleppo.

After these preparations for another ‘humanitarian pause’ in Aleppo city, the battle for Aleppo resumed with a new power on November 3.

Few minutes ago, Jabhat Fatah al-Sham and its allies announced the start of 2nd phase of their offensive in Aleppo city and launched massive shellings of the government-controlled areas in the al-Assad and Minyan neighborhoods and the 3000 Aprtment project. 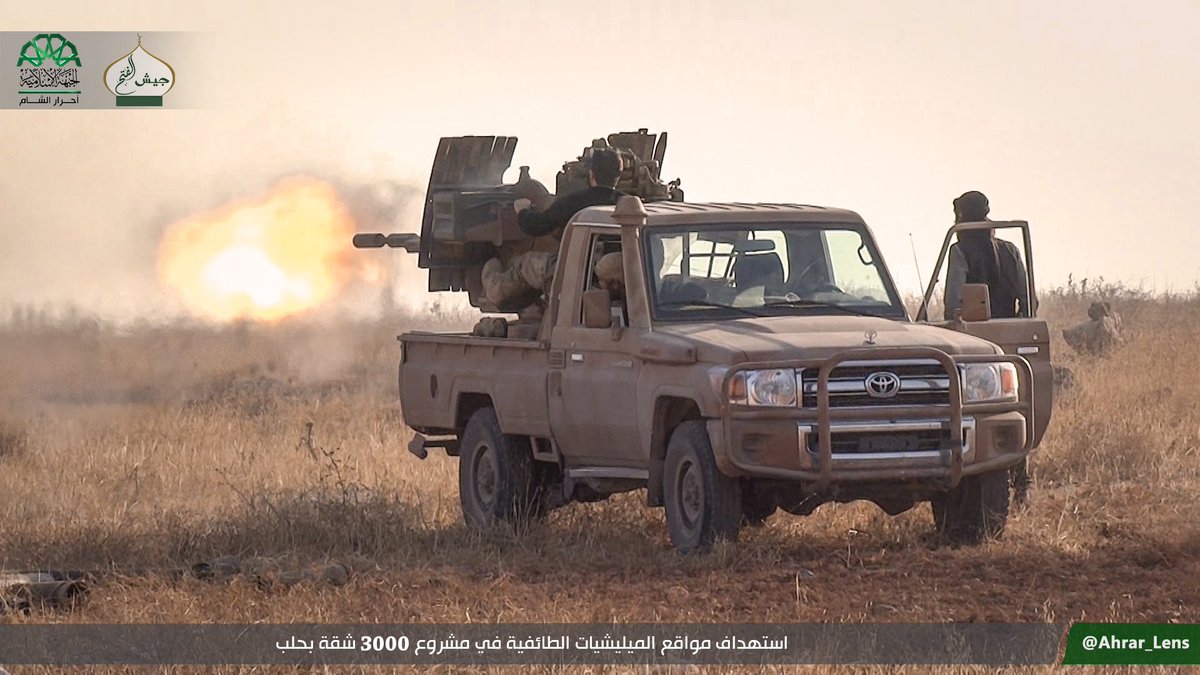 Then, a large suicide vehicle-borne improvised eplosive device belonging to the ‘moderate opposition’ targeted the government forces positions between Minyan and al-Assad areas. 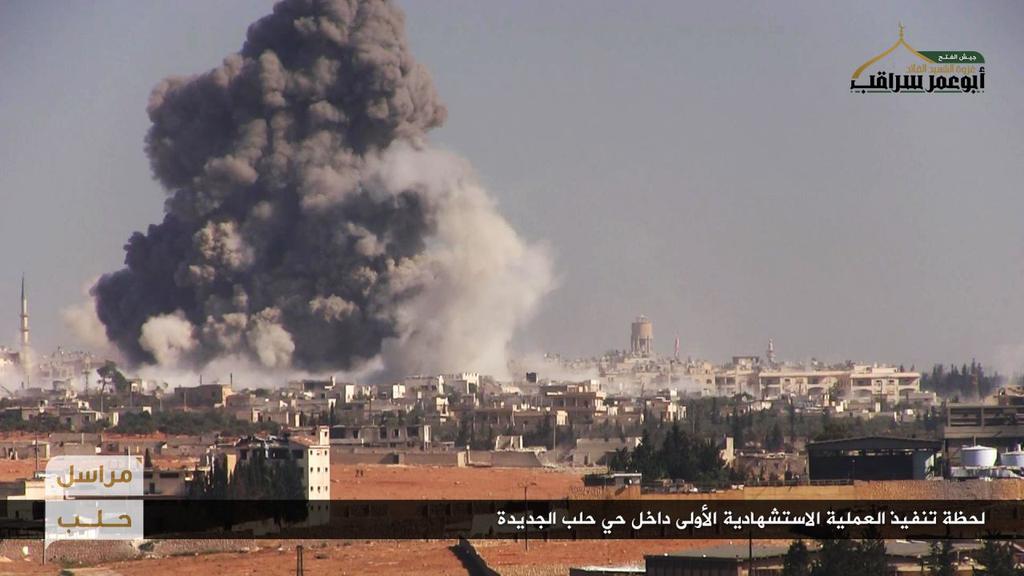 After this, Jaish al-Fatah troops launched attack on the Syrian army and its allies there. A separate offensive was launched in the al-Assad neighborhood. 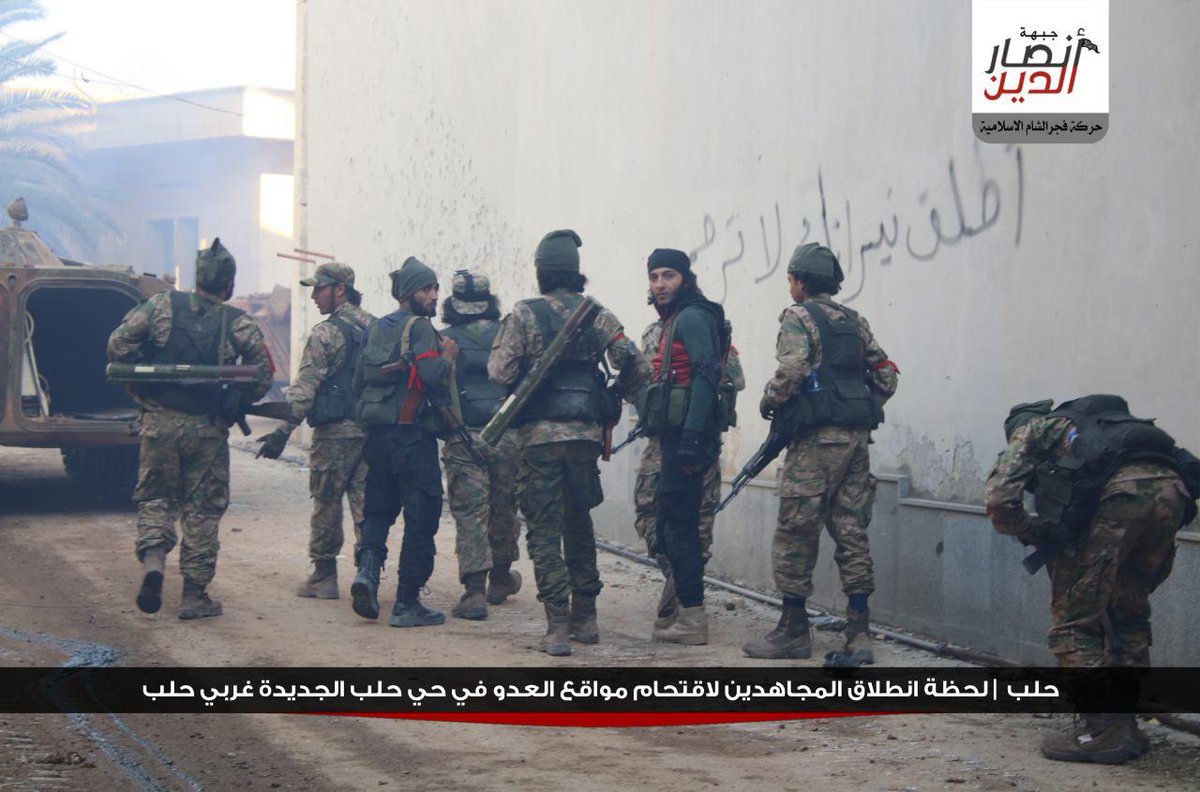 The map below depicts areas of the 2nd phase of the militants’ offensive operation. 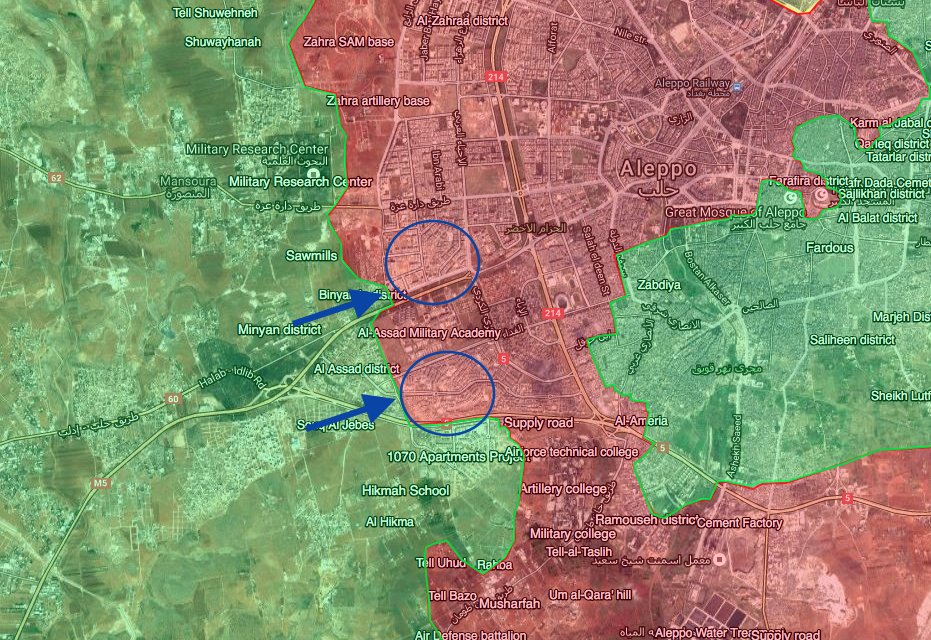 There are no doubts that the ongoing clashes will likely undermine Russian humanitarian efforts in Aleppo city that had been planned for tomorrow.

Ahrar al-Sham militants (the group is a part of Jaish al-Fatah) shelling the Syrian army positions in the 3000 Apartment Project: 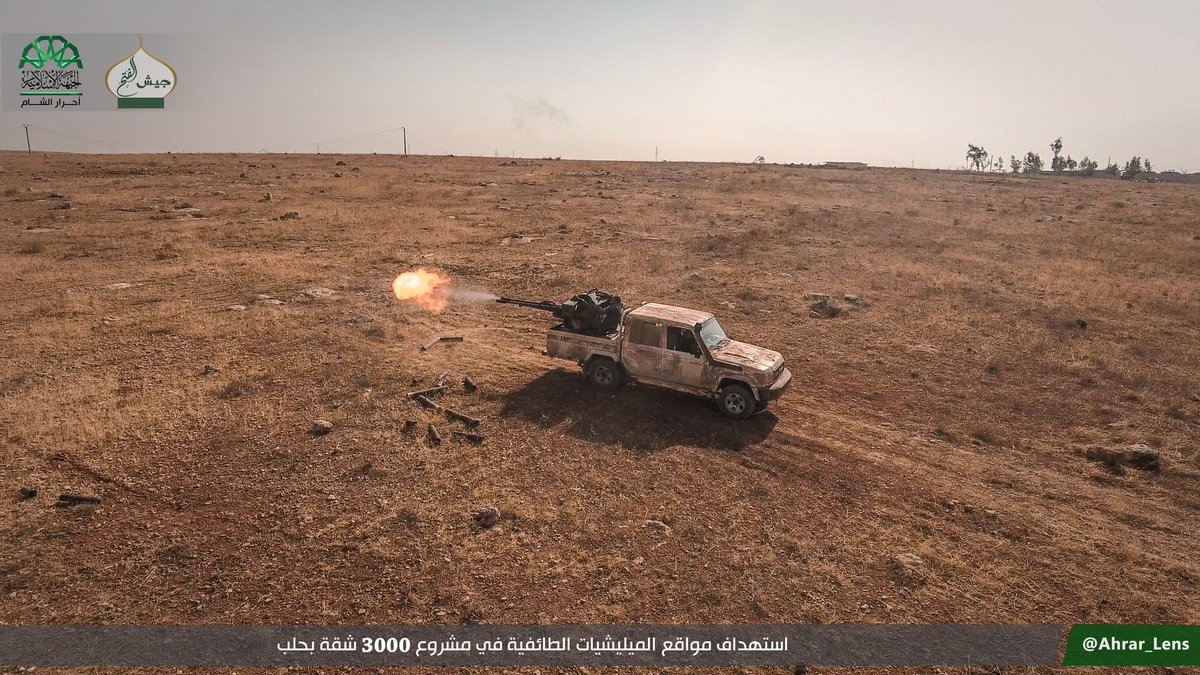 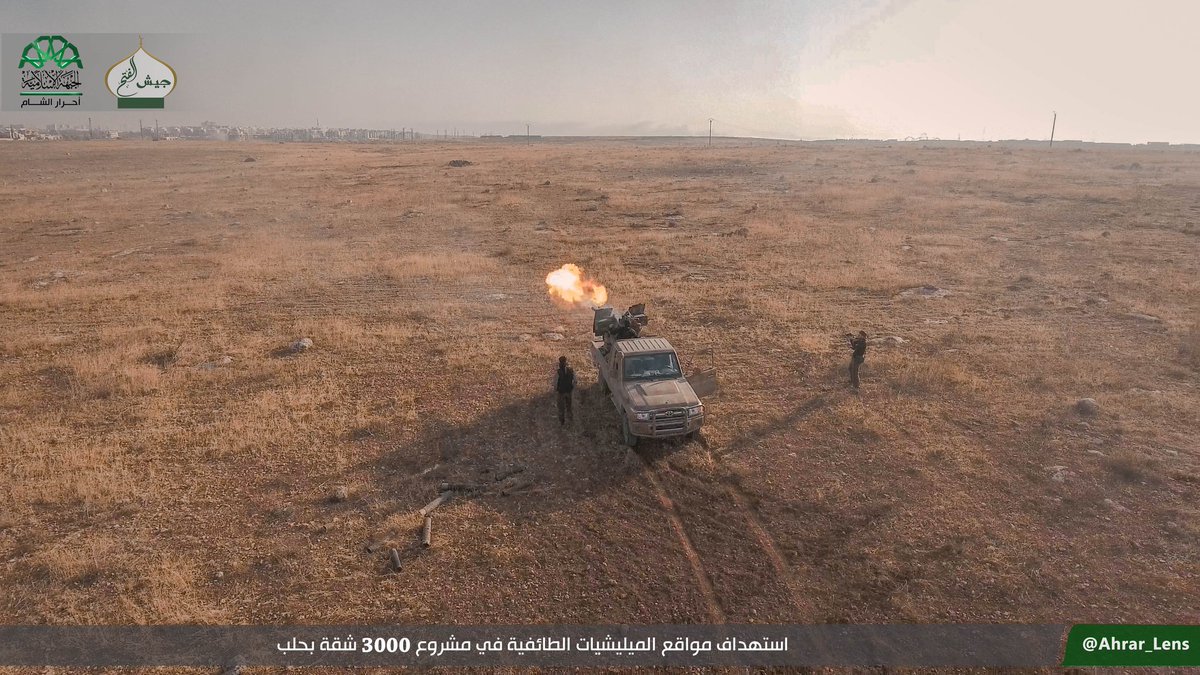 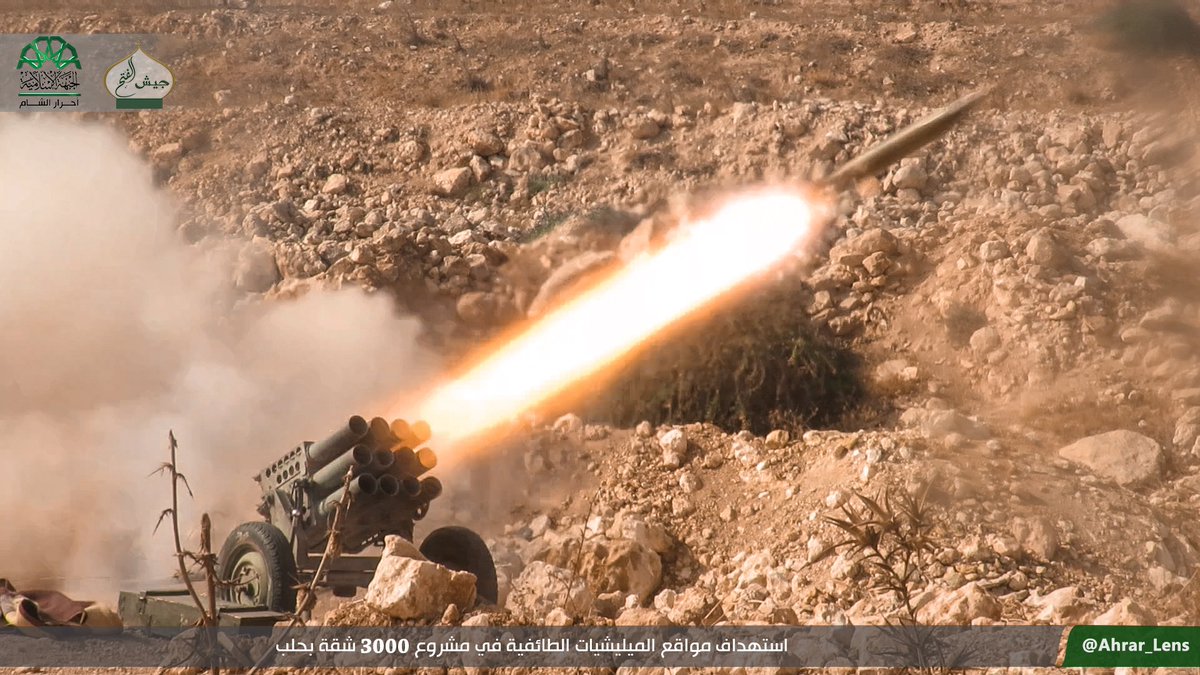 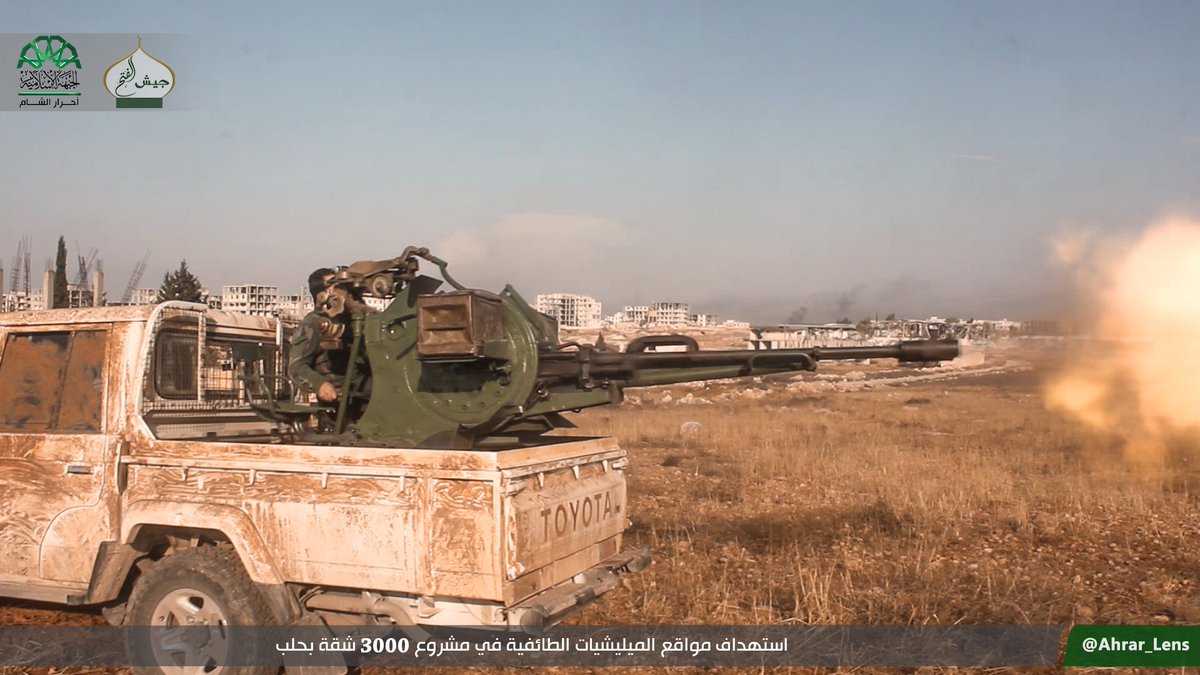 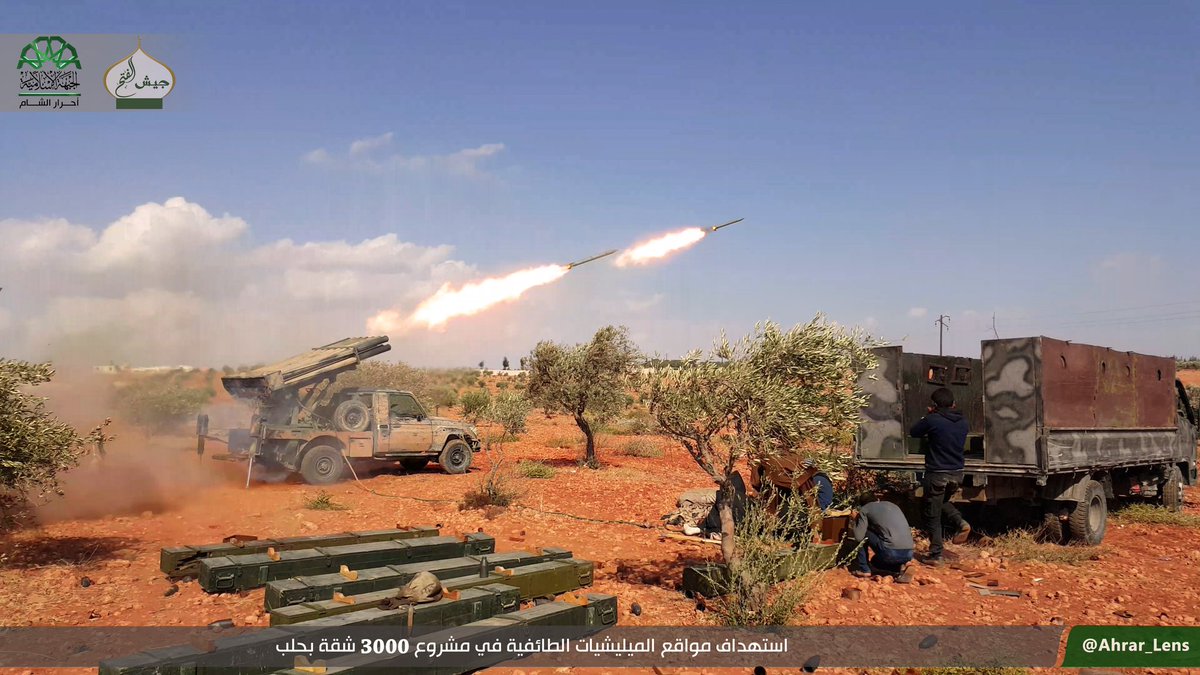 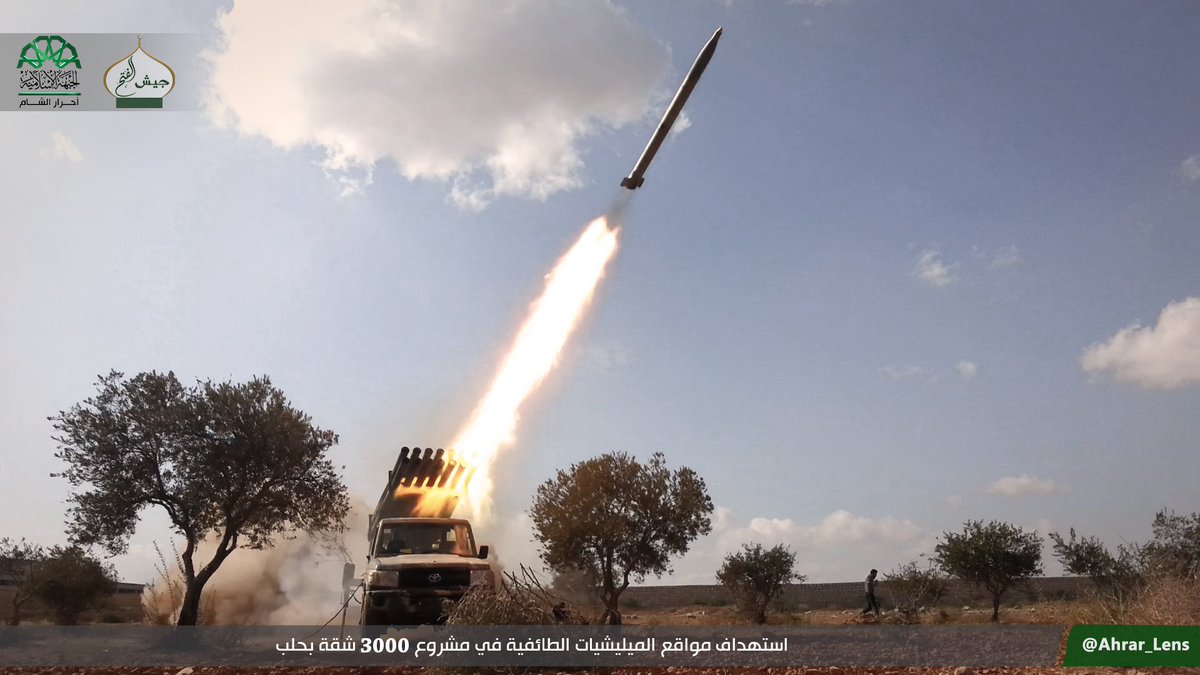 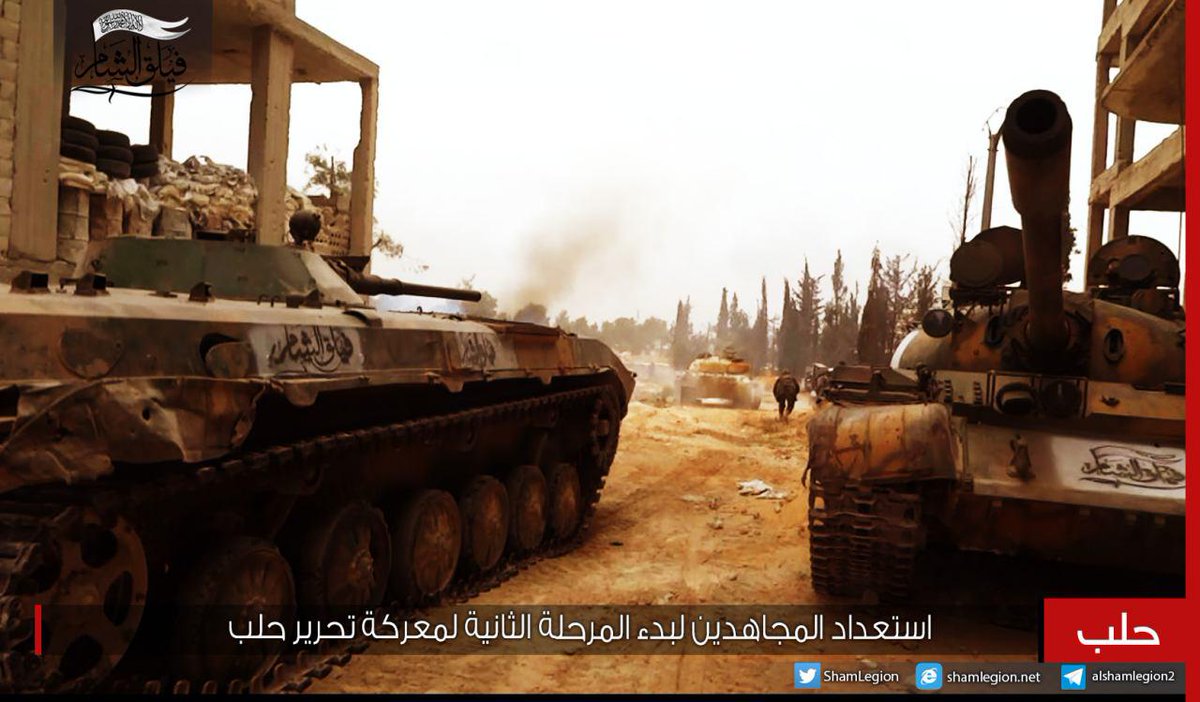 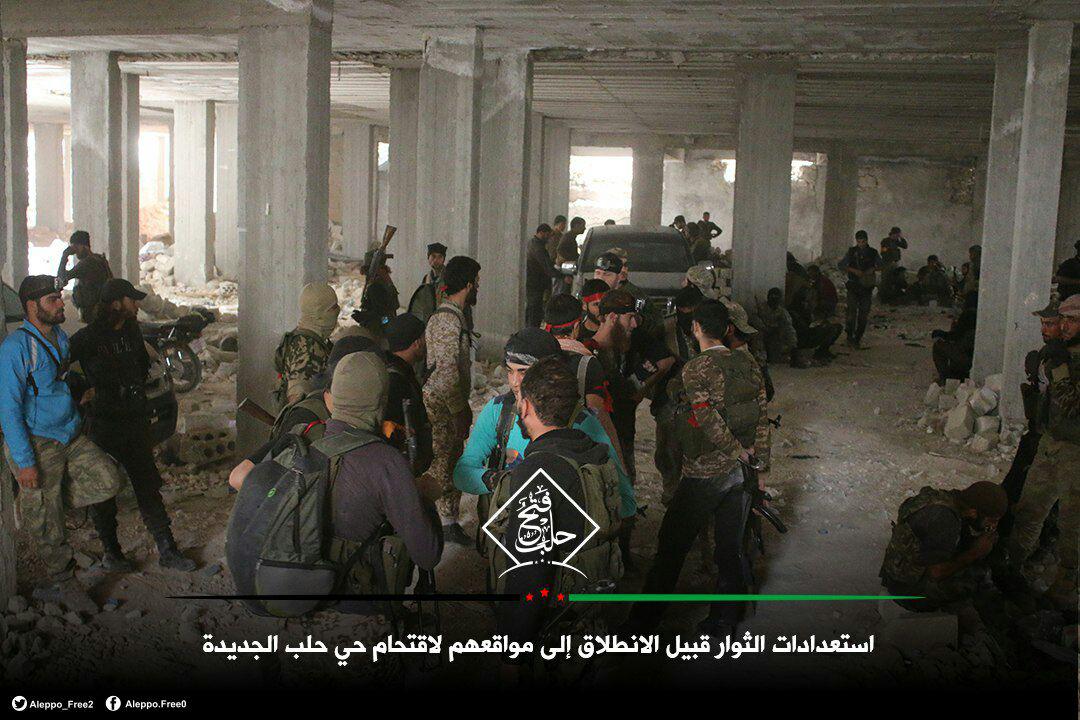 I suppose Putin has reached an agreement with Turkey. Assad without RuAF cannot stop the biggest jihadist offensive in Aleppo city. The announcement of the November 4 ceasefire by Russia only facilitates rebels and their plans to break the siege to Aleppo. GG Putin!

Assad is agreeing with Putin and stood down the fighter planes from operating over East Aleppo. You will find that the terrorists are lured into a trap. Nicely bunched together in an area left vacant just for them.

me_
Reply to  john mason

Why do you respond and reply so childishly? If you think someone is wrong, bring evidence and sources. Gleefully squealing with joy at claimed government losses and ineffectiveness of Russia forces makes you sound like a jihadist sympathizer.

because SAA is worth shit without RU, they cant hold a simple line

You have the critical analysis of an 11 year old child. The SAA are stretched thin, have limited training/experience, their supply lines are tenuous and just yesterday were attacked by ISIS and ‘moderate rebels’, and in Aleppo they are fighting on multiple fronts.

Having said that, they managed to hold off this major offensive in the West Aleppo for now.

Regardless, what do your childish rants add to the conversation? Why are you even making these comments?

You seem to enjoy it if the SAA fail, I can imagine you screaming with glee if the jihadists win.

It’s a very complex and tenuous situation, it has too many complexities for children like you.

let me teach you something. Any fighting in Aleppo you see is done by foreign shia militia or RU. SAA is mainly non existent or does simple tasks as maning checkpoints and taking bribe. Without RU SAA is shit or even less and that is the reality.

ahah OK champ, back to school for you.

you mean that Gebels brain washing school that you went to?

Who is Gebels, brainwashed baby ?

me_
Reply to  Pampi Ta

probably your dad but you never knew that you bastard

What an argument, dickhead. I guess your beard is far more prominent than your brain…

John Whitehot
Reply to  me_

rotfl. Since some months the only advances the rebels are able to do are those of their suicide vehicle-bombs. Which also kill scores of civilians, proving the complete disregard the islamist rogue has towards human life, be the ones of enemies, friends, neutrals or civilians

That’s because he/she/it is an ignorant “troll” – he/she/it can’t even spell “Goebbels”.

But this is WEST Aleppo …

Putin has already supplied a few su-24 to replace losses of the syrian air force, T-90 tanks to arm their elite units etc.

The Kuznetsov will commence operation in a few days, too.

good, they got the bait. He is giving the enemy hope in victory and is thereby making them concentrate again and throw all they have against (what seems to be) a well-prepared and managed defense of the city. And more media-invsible weapon systems can do the job just fine, it seems. if the first (long-prepared) offensive didn’t yield the breach, it’s safe to assume this one will be a success (at least for terrorists). As for russians and syrians, so far it’s a rolling success.

me_
Reply to  Marek Pejović

haha, did you learn that at Gebels school for propaganda bullshit?

All will be seen from Friday to Saturday night, when the deadline for submission off Aleppa will end. If offensive will really begin it will begin with a night bombing of Aleppo from Friday night till Saturday morning when ground offensive will started on 5 of November.

One possibility is Putin waiting for the US election to be held, hoping Trump will be elected. So during few days, don’t give pro-Clinton propaganda MSN anything to use.