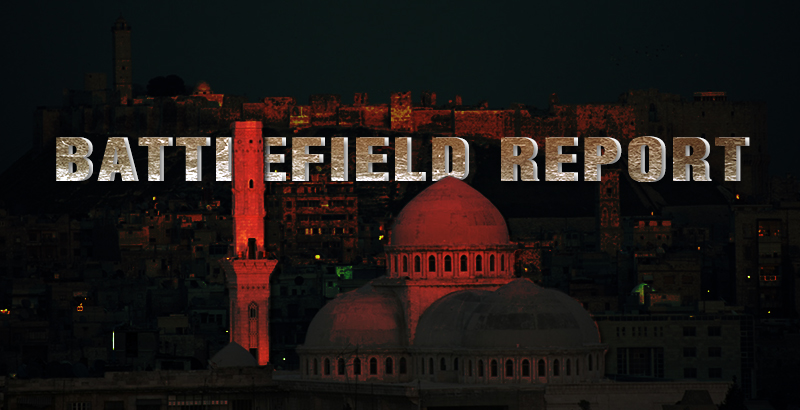 Syrian governmnet forces have shifted the core of their operations from the western part of Aleppo to its eastern part.

The Syrian army, Hezbollah, Liwa al-Quds and others are now focusing on the areas of Sheikh Saeed (in southern Aleppo),  Jabal Badro (in eastern Aleppo) and Inzarat (in northern Aleppo).

Recently government forces have achieved some gains (as Tal Zuhur),  but the Jaish al-Fatah militant operation room still keeps many important positions in urban areas of eastern Aleppo. So, the fast success cannot be expected by pro-government forces. 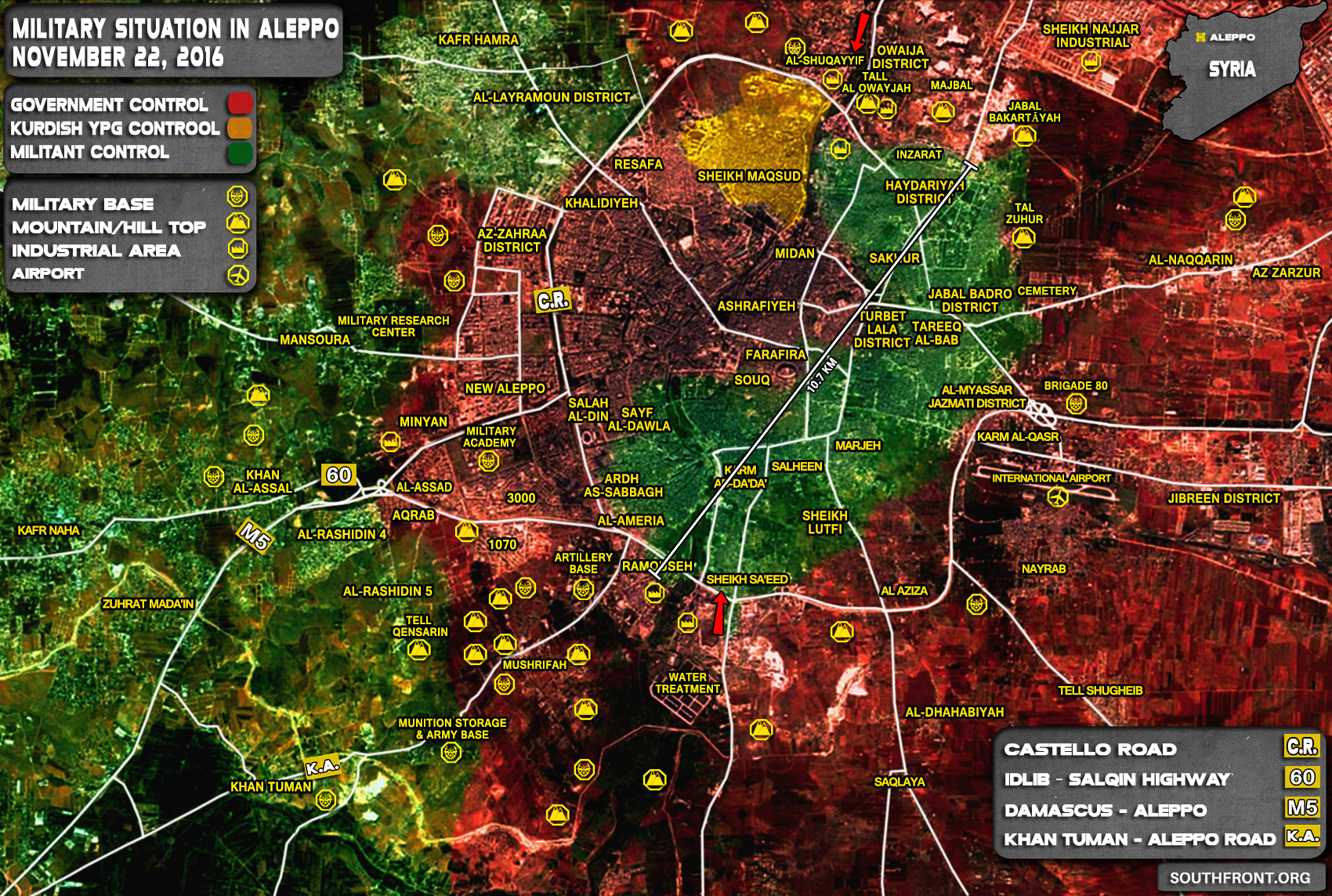 Furthermore, Jaish al-Fatah successfully prevented (using force) withdraw of local population from the militant controlled areas. Jaish al-Fatah’s leadership (represented mostly by Jabhat Fatah al-Sham members) in Aleppo also killed or seized all militant commanders, seeking negotiations with the Syrian government. In this case, the Damascus-style approach (with massive reconciliation agreements and pardons of militants) can hardly be implemented in Aleppo. by the This creates additional risks in case of massive military operation by the Syrian army and its allies.

In western Aleppo, government forces are in contol of the al-Assad neighborhood, the 1070 Apartment Project, and the areas of Aqrab and Hikma.

The Syrian Arab Air Force’s warplanes and military helicopters actively deliver air strikes on militant targets in the areas of Rashidin 4 and Rashidin 5.

The Russian Aerospace Forces work in the province of Idlib with special focus on militant supply lines heading to Aleppo.