On December 3, Syrian government forces broke the militant defense line in the northern part of eastern Aleppo pocket and secured significant areas west of the Aleppo International Airport. The Syrian army set a full control over Tareeq al-Bab and al-Myassar Jazmati neighborhoods and seized a number of points in Sheikh Lutfi. Government attacks in Seikh Saeed that the army and its allies had lost to militants few days ago. However, this operation didn’t result in gains.

On December 4, the army and its allies continued advances against Jaish al-Fatah militants in the northern and southern parts of eastern Aleppo pocket. At the same time, reports appeared that Syrian engineers are working to restore the Ramouseh-Sheikh Saeed road in order to ease troop movement and supply delivers for the advancing government forces in the area.

The Syrian military sees constant pressure on militant forces on multiple fronts in Aleppo city as an important task because this allows pro-government forces to exploit Jaish al-Fatah’s lack of manpower.

The army keeps two options to split the remaining Aleppo pocket into separate parts as it has been done previously:

Local sources report that the recent developments destroyed Jaish al-Fatah’s fighting spirit and motivated Syrian troops for offensive operations. Nonetheless, nobody in the Syrian and Russian command staff expect an easy win in the coming days. 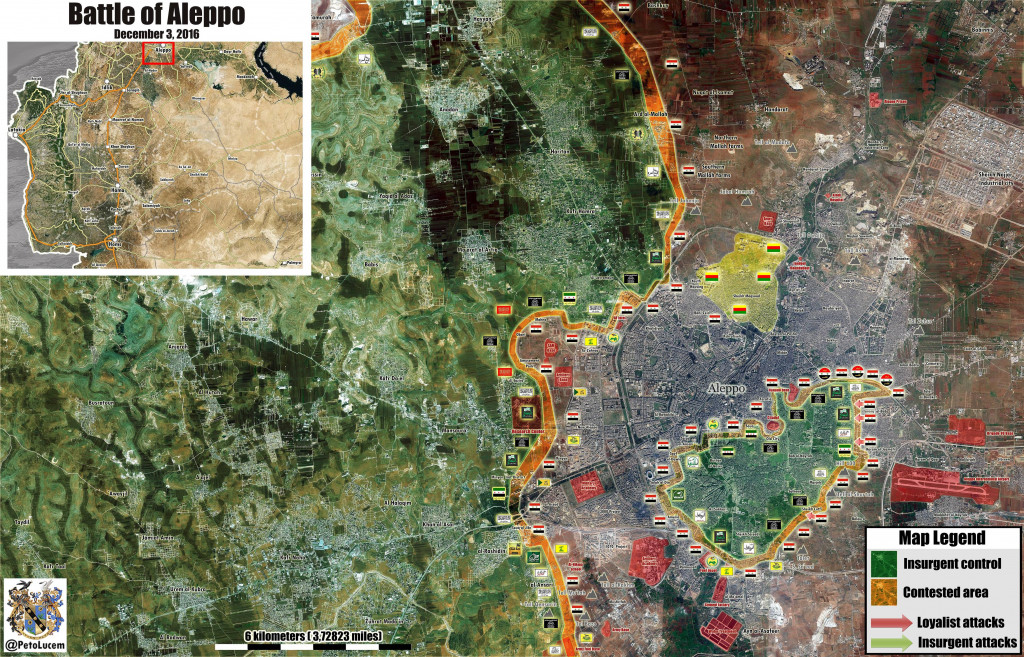 Thank you for the feedback. Changed

ISIS refugee families are troubling Denmark by shiting everywhere, raping and looting and beating white kids.So Denmark is going to fight ISIS in Denmark streets a very complicated war in the streets and buildings.