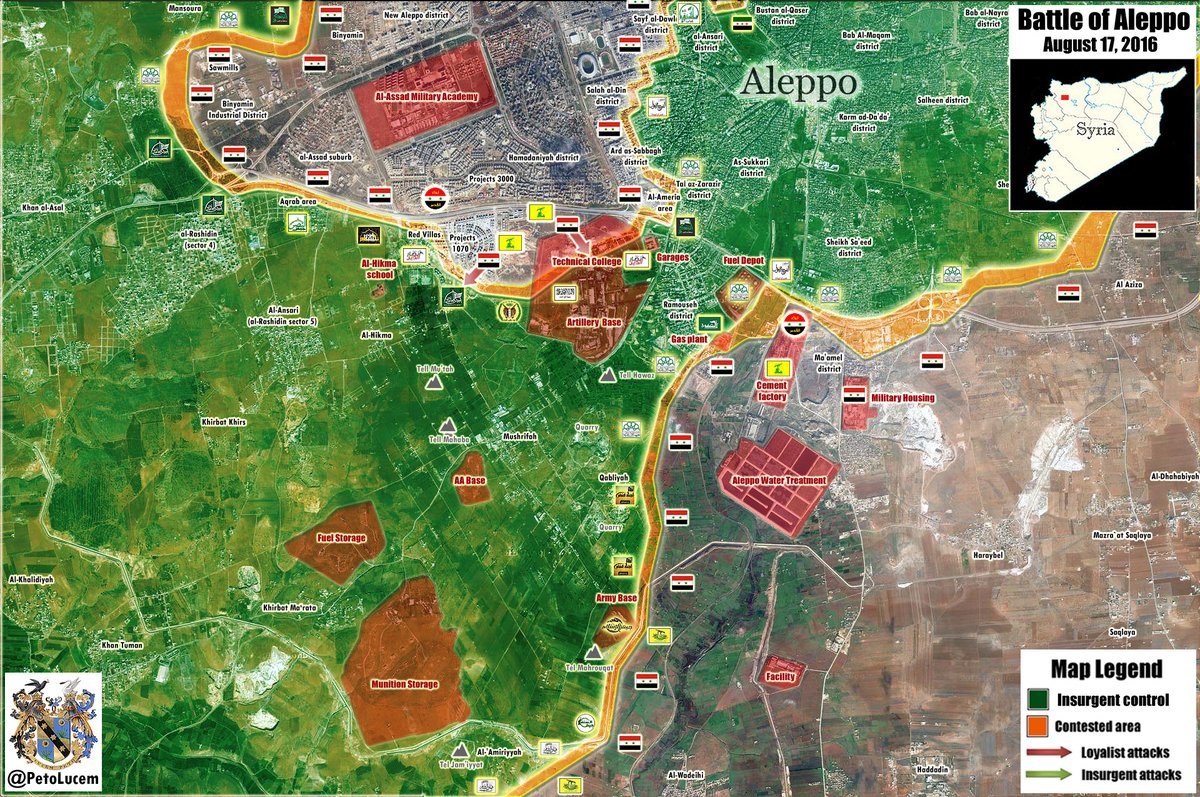 On August 17, the Syrian army, the National Defense Forces (NDF) and Hezbollah, supported by the Russian Aerospace Forces, regained initiative from the jihadi operation room “Jaish al-Fatah” in southwestern Aleppo. Developing success. the pro-government forces fully captured the 1070 Apartment Project (at least, temporarly) and launched advance on the Technical College at the Ramouseh Artillery Base. However, Jaish al-Fatah was able to repel the government forces’ advance at the Techincal College and regained some ground in the 1070 Apartment Project.

An air strike hit teh area near the Ramouseh Artillery Base:

By August 18, the Syrian army and its allies are in control of about 80% of the 1070 Apartment Project. The project’s southern part, which is claimed to be under control of Jaish al-Fatah, is de-facto a neutral zone due to heavy air and artillery strikes in the area. 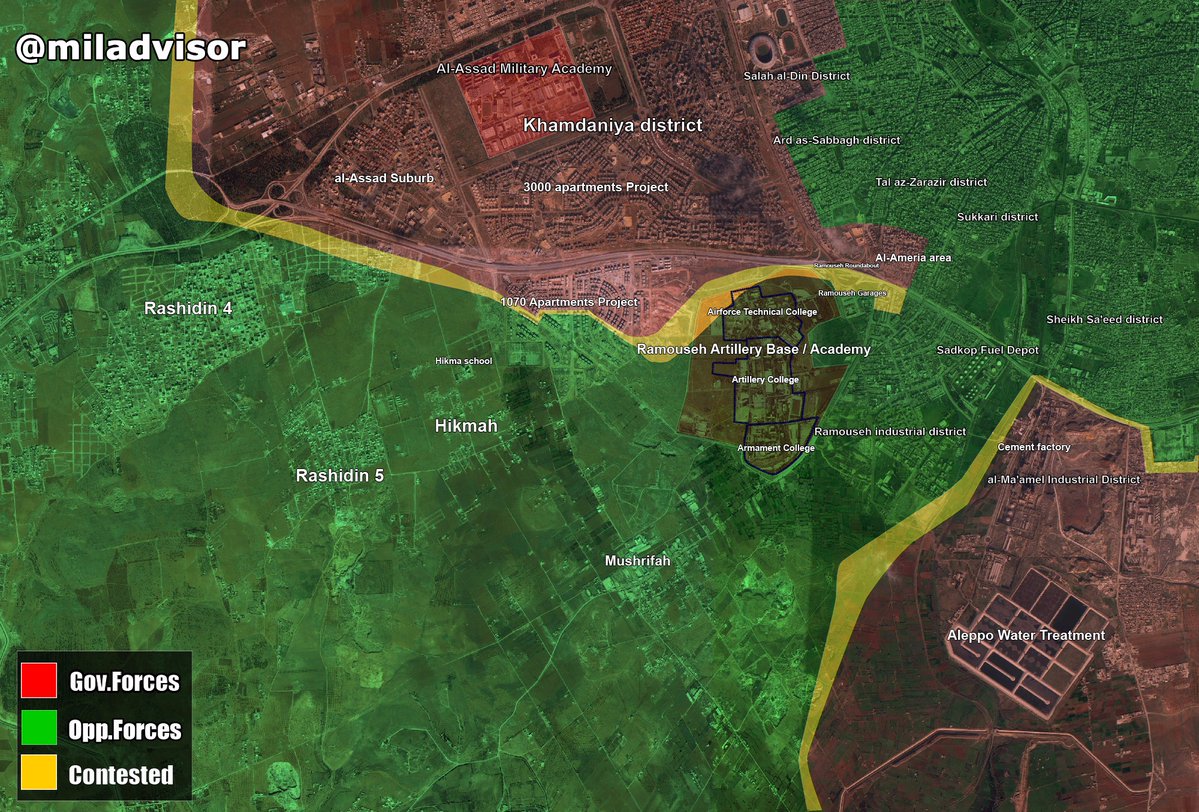 Now, the Syrian army, Hezbolalh and Harakat Hezbollah al-Nujaba are advancing on Jaish al-Fatah militants at the Huwayz-Qarassi axis. According to pro-government sources, the pro-government forces have seized control of the Qarassi, al-‘Amiriyah and al-Jam’iyat hill. This has not been confirmed yet. 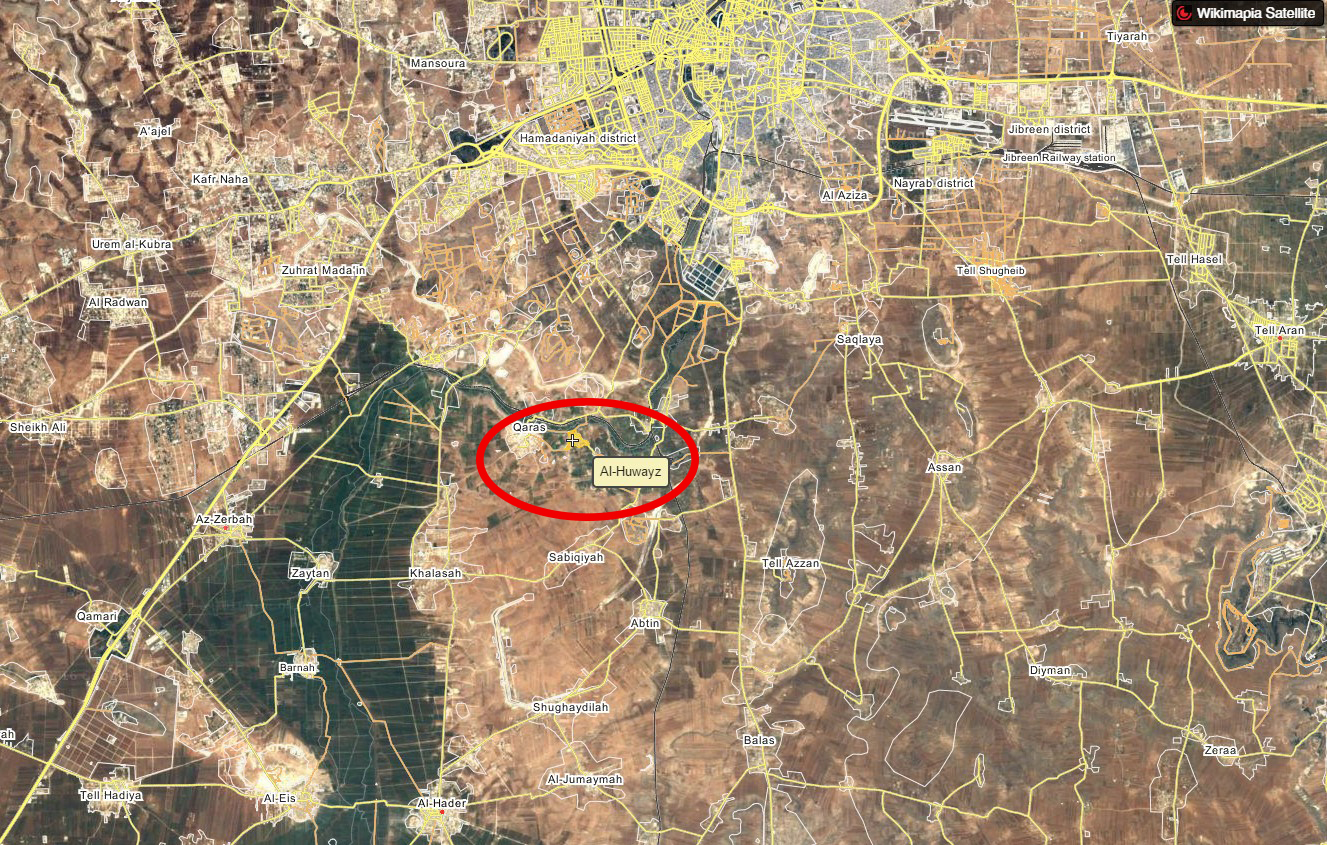 As SouthFront predicted on August 17, the Syrian government forces are attempting to flank the Jaish al-Fatah corridot to eastern Aleppo. If the pro-government forces are able to expand control at the Huwayz-Qarassi axis and further, they will pose an additional threat (Russian and Syrian warplanes have been already purging them) to supplies and reinforcements heading to the militant grouping in southwestern Aleppo.

SAA is back to what it does best, takin initiative and flank moves, tending to strike weakest points of the line and target supply lines. With this ability to strike from different points SAA exposes the weakness of rebels, lack of operational mobility!

Rebels need more time and effort to redeploy its units. SAA annoys them with flank attacks, although those attacks lack real breakthrough intentions.

Many comments on thıse pages were pointing out that SAA lures rebels in pockets like ramuseh base. I was suspicious but now i think they have a good point. Air bombing causes massive damage to the rebels, not in terms of death toll but more in terms of injuries. Rebels dont have ideal support andinfrastructure to treat those injured units. If they can not hold the supply line open till the end of september, then they will dissolve.