After yesterday advances, the Syrian Army’s Republican Guard, the National Defense Forces (NDF) and Hezbollah are in control about 80% of the 1070 Apartment Project in southwestern Aleppo.

On August 16, there were reports that the pro-government forces liberated the whole area. However, this was not confirmed. The Syrian government forces seek control of the 1070 Housing Project in order to tighten fire control of the militant corridor to eastern Aleppo. This will also allow to defend the strategic area of the 3000 Apartment Project and set a foothold for further advances.

Pro-government sources say that from up to 80 Jaish al-Fatah militants were killed in the clashes. In turn, pro-militant sources argue that at least 40 members of the Syrian army and Hezbolalh were killed. The numbers cannot be verified.

A detailed look at the situation in the area on August 16: 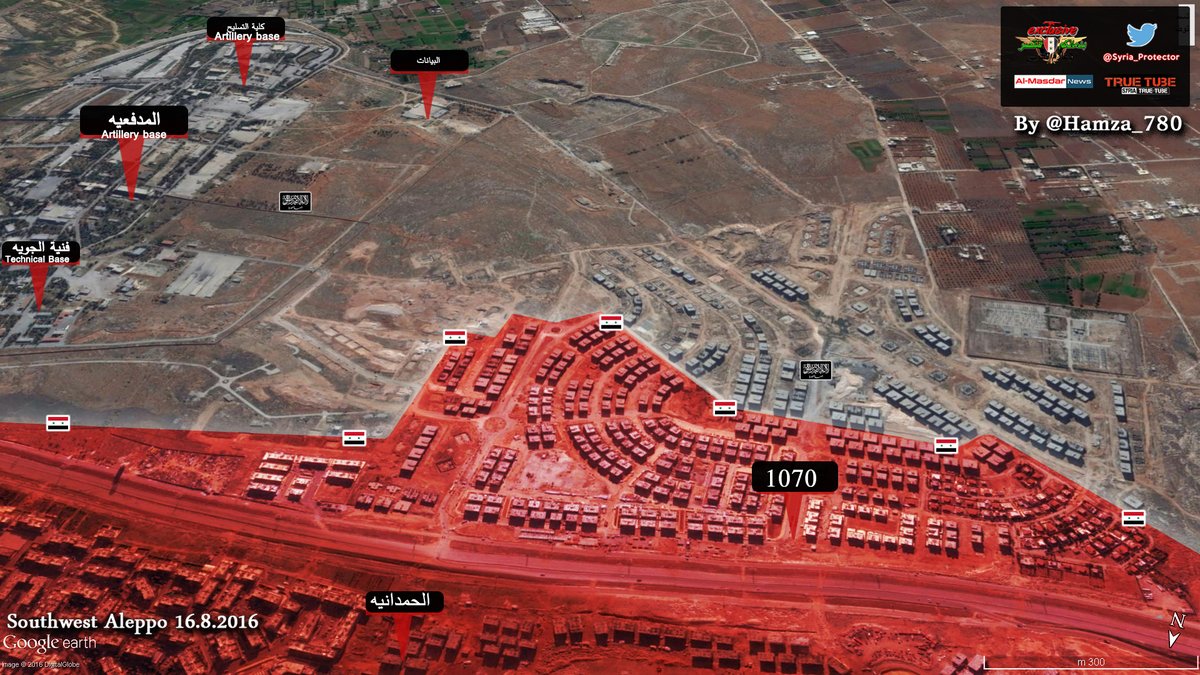 On August 17, intense clashes continued in the 1070 Apartment Project where the Syrian army, the NDF and Hezbollah were advancing on Jaish al-Fatah militants..

Separately, the pro-government forces attacked Jaish al-Fatah at the Air Technical College in the Ramouseh Artillery Base. Pro-government reports say that Syrian troops entered the area. 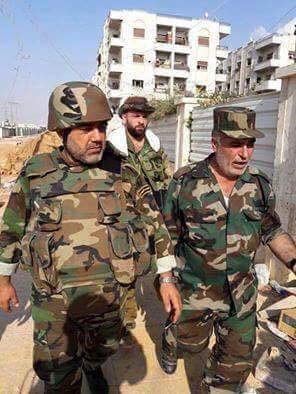 The Syrian forces advances are ongoing amid an increased air support from the Russian Aerospace Forces in the province of ALeppo. On August 16, Russian strategic long-range Tu-22M3 bombers, that took off from the Hamadan Air Base in Iran, delivered air strikes on ISIS and Al Nusra Front targets over Syrian, including the area of Aleppo. On August 17, the pressure on terrorists in the area continued with usage of Russian warplanes deployed at the Khmeimim Air Base in Syria’s Latakia.

Clashes in the 1070 Apartment Project (view from the Syrian army side):