The Syrian army and the National Defense Forces repelled the Jaish al-Fatah attempts to cut off the Khanasser road in the area of the Mahmiyat al-Ghizlan camp in the Khanaser Plain. Thus, the pro-government foirces defended their supply line to southern Aleppo. 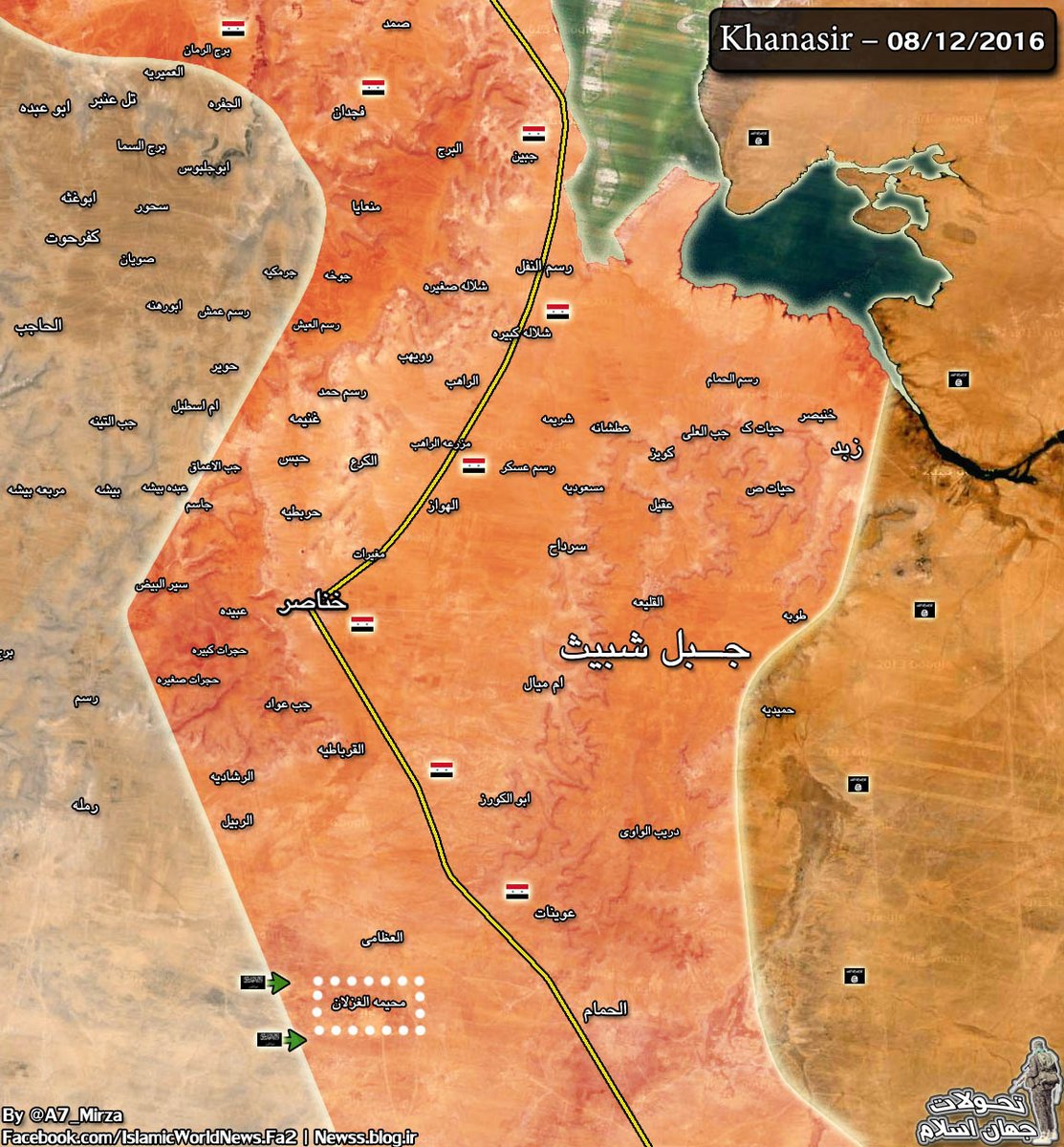 The video released by ANNA news indicate that the Syrian army deployed additional numbers of military equipment, including battle tanks, in southwestern Aleppo. These reinforcements will be used in operations aimed to regain the southern corridor to eastern Aleppo from Jaish al-Fatah.

Video from the pro-government forces’ positions near the Ramouseh Neighborhood:

Since today morning, clashes have been ongoing in the Ramouseh neighborhood of Aleppo city with no advanced by the Syrian army and its allies. The Ramouseh Roundabout and the Ramouseh Garage ramin the hot points of the clashes. 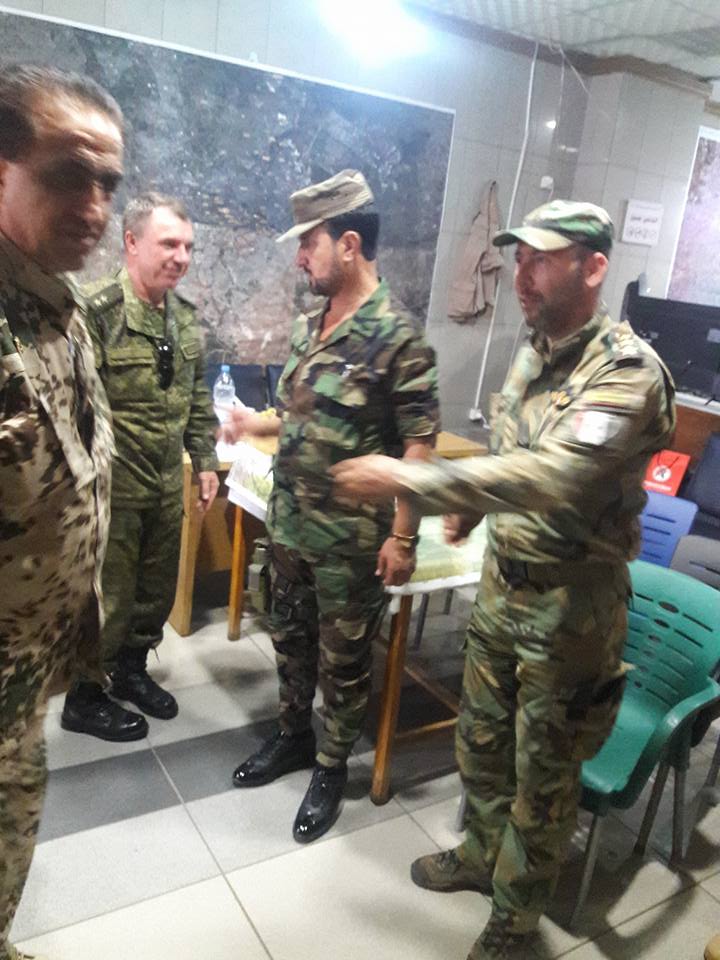 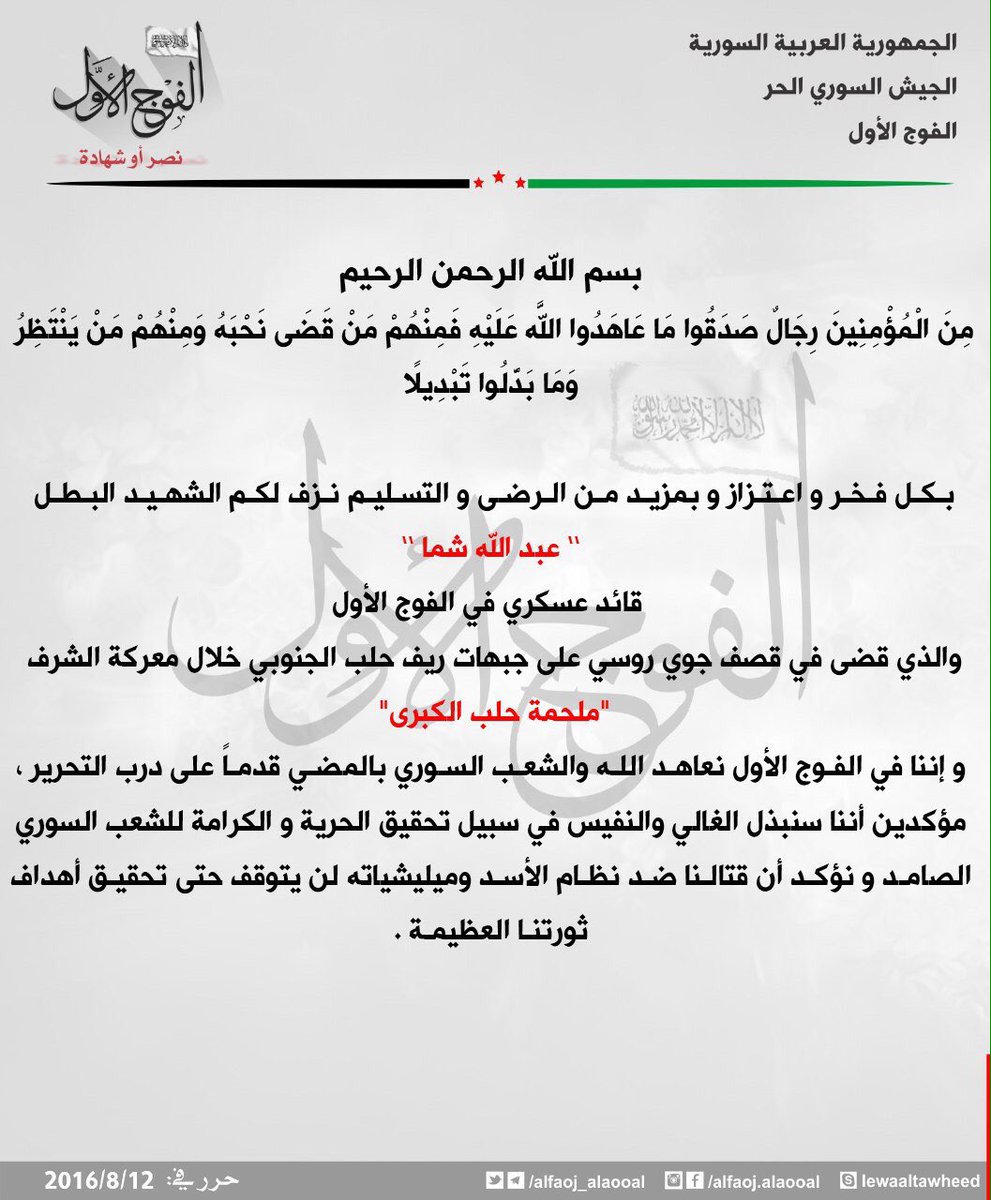 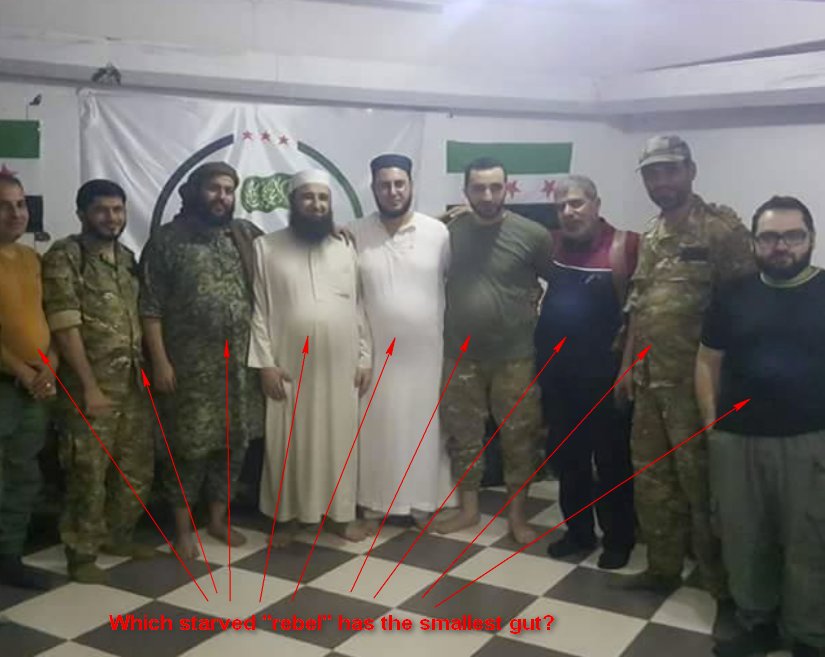 Terrorist Asad greed for power killed 700000 Syrian. UNO election for people democracy is best solution otherwise this war will continue till 10% alawites die one by one protecting killer regime

“Democracy” with jihadists threatening to kill anyone who won’t vote for them. Very fair.

There has been an election, Assad won overwhelmingly. Period. Next election will take place according to Syrian Constitution, not when USrahell and stupid cheering fools say so.

Again, on Assad’s side, but this election is hardly legit, he and his dad have ruled for 40 years, pretending that they were elected fairly is ridiculous. Again, he’s the best current option as he protected minorities like Christians and kept Syria stable but yeah, the democracy part isn’t exactly accurate. I don’t like the word regime for the negative connotation, particularly when used by those supporting terrorists, but it’s more apt.

What makes an election legitim?. Us is democratic, only two parties goes in election, 51 percent rules over 49, a miserable representation, but it is legitim. Legitim depends on how you define it. Arabic way of life insult women by all means there it is legit, in west it is not… Calling an election not legitim is very easy and any body can spell it in any given election.

One where the opposition has a chance. Like I said, Assads have ruled for 40 years, in a real election, that could basically never happen. Shit turns sour, the people elect the other side out of spite and anger until history repeats itself.

Where did you get Assad killed 700,000? Yesterday you said 600,000. Does he kill 100,000 per day? You are ridiculous. Assad is the democratically elected president of Syria, and a hero who has not abandoned his country when faced with USrahell proxy armies, YOu are a paid CIA troll or a complete inmbecile..

I’m on the Syrians’ side, but you’ve got to admit, this random, meaningless, constant bombing is wrong. Stupid. They should be targeting enemy frontlines but they’re going for random, populated areas in rebel held territories. Sure, some might be based on some sort of spy intel, but not that many surely. If he spent that effort attacking only his enemies’ lines, he’d be doing a lot better in this war.

Your boyfriend is a terrorist and jihadist you ugly tvvat… your how many children he killed, how many heads chopped off? That’s what you support -terrorist mass murderers, jihadist psychos, may they all burn in hell soon.

iran position on all these was election without precondition , but west and saudis , dont want free election . they know assad gona win , in a free election stop making jokes , the fact is , best option for syria is assad , he has more popularity , that rebels . (most of so called “rebels that remain after 5 year war , are either not syrian , or pupets of saudi . every one knows that )

i just have to say . u need to understand, this whole shit start with weather change , that left alot of areas in syria dry …. ofc government miss management cused more problem when they tried to keep ppl from leaving homes . my point is , ur idea of hate , is just like saudis . HATE HATE HATE . no place for talk or reason with u . instead of assad , look what saudis did to muslims . they support attak on muslims country , iraq , join hands with Israel who killed muslims and occupied muslim land according to UN . killed muslims in yemen . support war in yemen . killing ppl in bahrain .

my advice to u , is stop being a puppet and read for urself

Why nusairis? Syrian army is majority sunni. Nusayri is a pejorative way to address alawis. They are a minority as several others in Syria, all used to live together in harmony, until USrahell came along as usual.

The problem with you jihadist lovers – you belong to the medieval history not modern world… that’s why you are so easily manipulated by Saudis and their masters from Tel Aviv and Washington DC. You’re nothing but a tool.