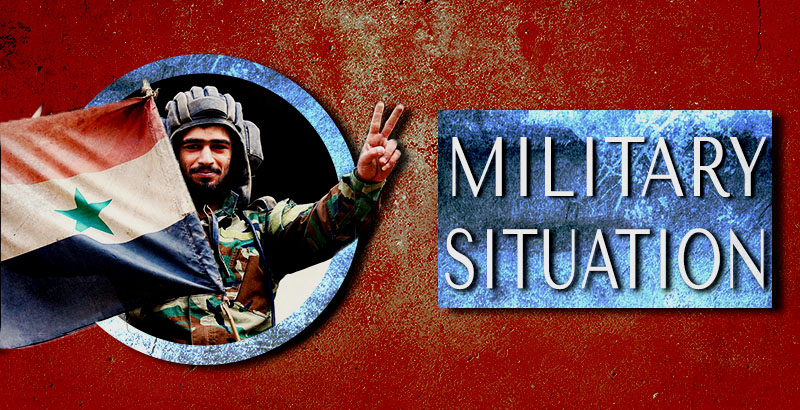 On October 6, clashes are ongoing in the northern, central and southern parts of Aleppo city. While no significant gains have been reported in the southwestern part of city, the Syrian government forces have taken an upper hand on militants in central and northern Aleppo.

The Syrian army and Hezbollah, supported by the Russian air power, has liberated large parts of the Awijah industrial area and made significant gains in the Bustan al Basha Neighborhood.

In Bustan al Basha, the army lbierated the Sports centre, the Housing institution and the science school that had been controlled by members of the Harakat Nour al-Din al-Zenki terrorist group. 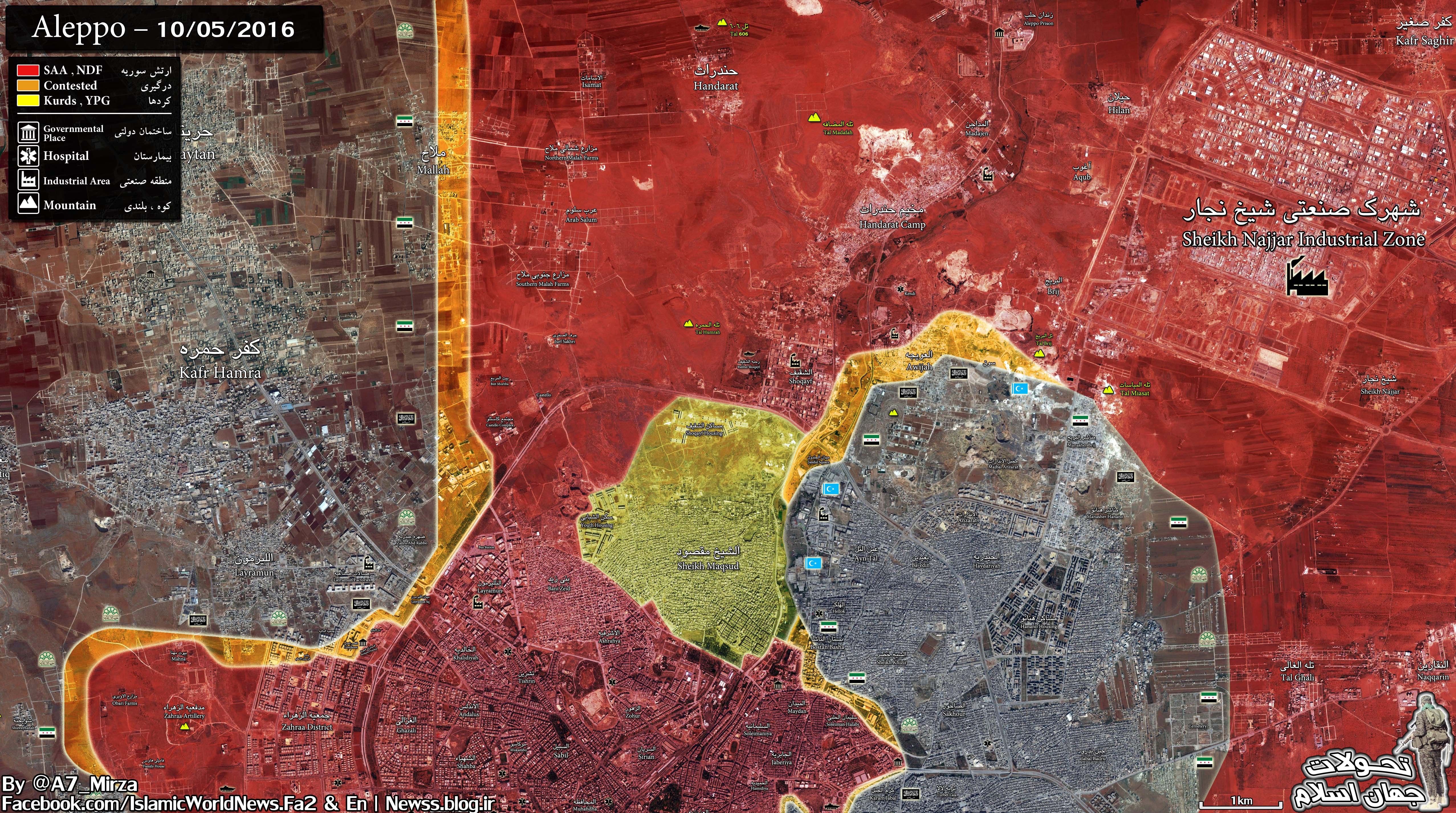 Clashes are ongoing in Sheikh Saeid, Ameriyah and the 1070 Apartment Project without notable gains by the sides. Local sources report that Jaish al-Fatah lost some 50 militants and up to 7 vehicles in the recent clashes. The casualties of the loyalists are up to 40 fighters in various parts of Aleppo. 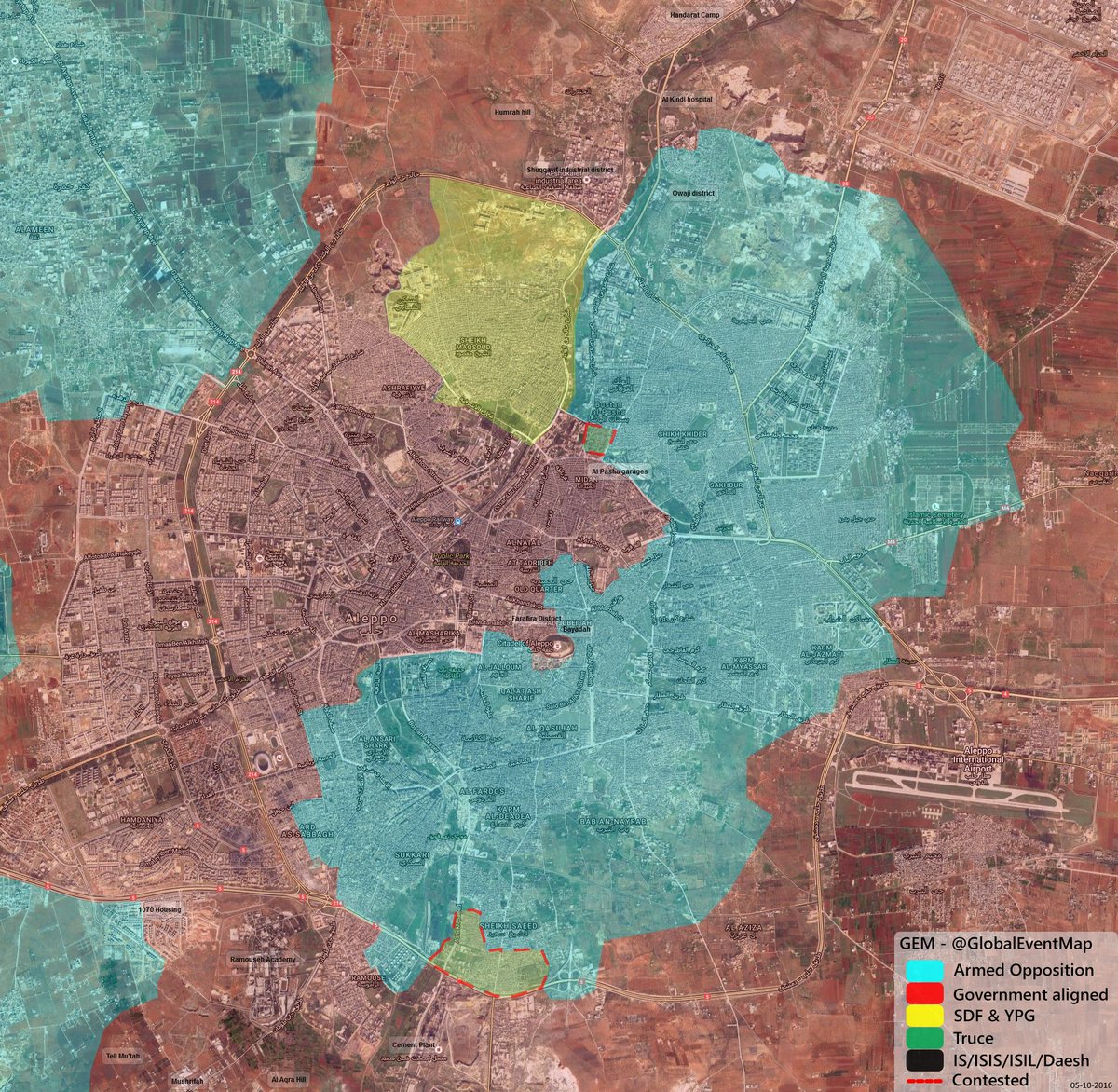 A pro-US media outlet, Orient-news, released the article entitled “Secret bases for Iranian regime in Syria – El Confidencial“. It includes the estimative intelligence on the Iranian military involvement in the war. According to the released data, 8,000-10,000 members of the Iranian Revolutionary Guards, 5,000-6,000 regular troops, 7,000-10,000 Hezbollah fighters, and up to 47,000 Tehran-backed volunteers from Middle Eastern and Central Asian states are deployed in Syria. This force is reportedly coordinating efforts with the Russian military, actively.

There have been no doubts that Iran supports the Assad government’s operations against terrorists across Syria. However, the provided numbers allow estimate an alleged level of Tehran’s covert involvement in the conflict.