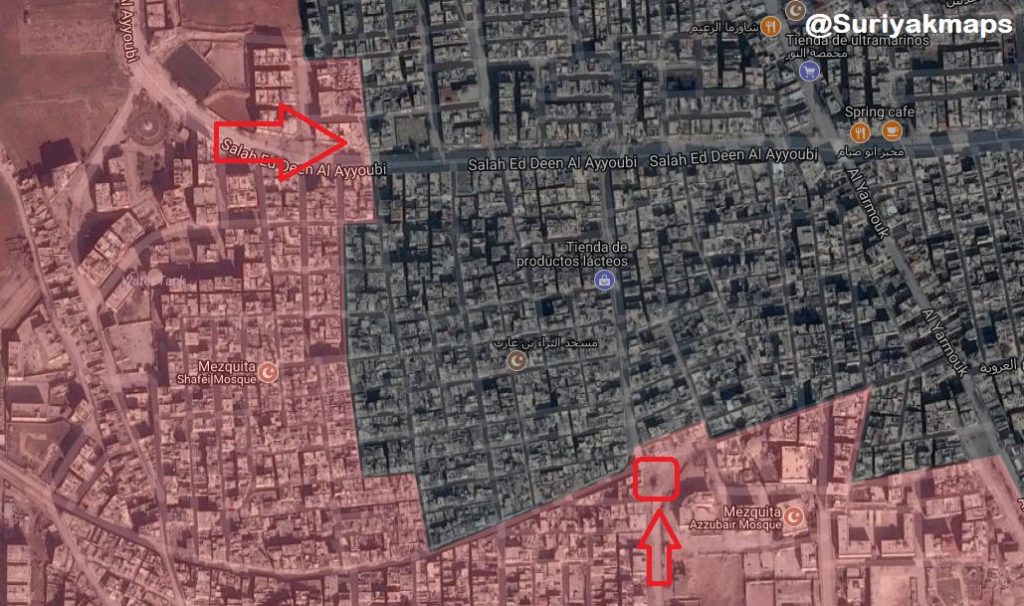 Syrian government forces are pressuring ISIS terrorists in the Yarmoukr refugee camp and nearby areas in southern Damascus. The Syrian Army and its allies have not been able to achieve any breakthourgh in the battle against ISIS over the past few days. However, they have re-gained a number of points from terrorists in the western part of the pocket exploiting the advantage in firepower and military equipment. 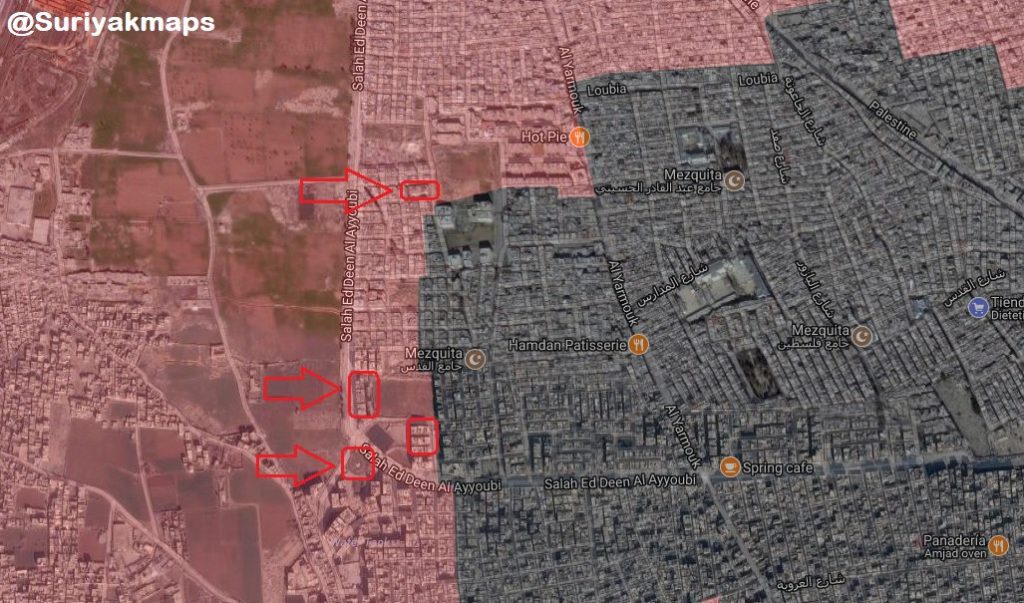 According to local sources, the delay in the advance is linked with the fact that Syrian troops are now busy with securing the recently liberated districts of Beit Sahm, Babbila, Sidi Miqdad and Yelda.

Keep up the good work boys, may God protect you.

The second vid reveals the tenacious fighting that took place which now allows the SAA and its allies the PLA, Liwa al Quds and many more Palestinian fighters to slowly strangle the life out of these Yanki Zionist sponsored Vermin as they tighten the noose millimeter by millimeter. This Victory will be very sweet and hopefully the price very small.

I am puzzled by this “fight to the death” approach by these US run “ISIS militants”…. It is surprising as to how the criminals in the US/Israel/NATO cabal have got them to fight for their evil intentions at all!

The problem with true “believers”, they are so brain washed they think they are dying for God.

And what about looting?

Unfortunately, the Isis terrorists have looted these home years ago.