On September 19, the Syrian Arab Army (SAA), the Syrian Republican Guard (SRG) and their allies continued developing momentum against ISIS on the eastern bank of the Euphrates River.

According to pro-government sources, government forces took full control over the villages of Marat and Mazlum after repelling an ISIS counter-attack there. Following this, government troops, led by units of the 4th Armoured Division, advanced in the direction of Khsham located on the road to al-Mayadin. A media wing of the SAA 5th Assault Corps’ ISIS Hunters released a video showing the crossing of the Euphrates on September 18 morning. According to the media outlet, government forces liberated Marrat, Sbahah and Mazlum and killed about 40 ISIS members.

Government forces have also advanced against ISIS in the direction of al-Mayadin on the western bank of the Euphrates. According to pro-government sources, the SAA and its allies engaged ISIS in al-Jubaliah village on the road to al-Mayadin. However, the village has not been liberated yet. The fighting is ongoing. Meanwhile, pro-Kurdish sources have claimed that the SDF is “rapidly” approaching the bank of the Euphrates from the eastern direction. However, SDF units have not been able to reach the bank yet because Russian and Syrian forces allegedly bombed the SDF north of Deir Ezzor. (MORE DETAILS HERE)

According to pro-SDF sources, the SDF is now in about 2 km from the eastern bank. This confirms that the SDF has not taken control over al-Hussainiyah vilalge yet. 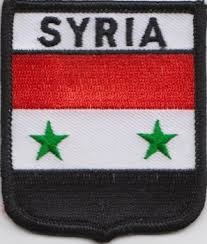 I was completely wrong about expecting the SDF to move southeast down the east bank highway as soon as possible ‘claiming’ it before the SAA/Russian forces could get there.I’m happy to be wrong, but still confused. US military planners never give up on their treasonous political goals in the Middle East no matter what the cost or how evil the ally.

I would have expected the US to go full-retard in Syria at this point. Maybe they’re just waiting for the Turks to roll their armor through Tel Abyad down to Raqqa (the expected Kurd back-stabbing) or maybe they’re waiting for Nettanyahu’s false flag to justify attacking the Syrian government in Damascus. It’s all very suspicious – psychopaths never just let events play out like this unless they’re sure they have something to gain by doing so.

The SDF never had the manpower to complete their mission. They advanced through open undefended territory. But now, they have not moved in 5 days.

In fact the Kurds big adventure down from the North was nothing but a desperate hastily prepared big gamble, at the behest of the Israelis and Saudi’s. It was not a US plan. It may
very well turn out to be a fatal adventure for them.

“The SDF never had the manpower to complete their mission.” Thats what I thought

Lets wait until next Monday the 25th. After the Kurdish referendum, things will move very fast!!!

Google is paying 97$ per hour,with weekly payouts.You can also avail this.
On tuesday I got a great new Land Rover Range Rover from having earned $11752 this last four weeks..with-out any doubt it’s the most-comfortable job I have ever done .. It sounds unbelievable but you wont forgive yourself if you don’t check it
!si293d:
➽➽
➽➽;➽➽ http://GoogleOnlineTimeEasyTechJobsOpportunities/easy/jobs… ★✫★★✫★✫★★✫★✫★★✫★✫★★✫★✫★★✫★✫★★✫★✫★★✫★✫★★✫★✫★★✫★✫★★✫★✫:::::!sf263l..,..

Turkey seems ready to pounce on Iraq and Syria upon the Kurdish regions! Probably preparing for this date!

Like I called it as they hadn’t been able to get enough troops and are still unable to make anything else but , noise right now . There have been reports of them attacking the SAA though and reports of Special forces along with ISIS involved attacking positions in the North. They have witnessed the US providing medical aid to their ISIS proxies in the region by airlifting their wounded.

The maps(and the blowhard propaganda) make it look like a far, far, bigger force than it actually is.

you make an interesting point!
I also think that with the SAA heading northwards along the western bank of the Euphrates that one can expect the remaining isis militants trapped within that pocket will then cross the Euphrates onto its eastern side so then the SDF must deal with them! This could tie the SDF up even longer to defend their positions!

It would be a great boost if ISIS managed to capture a few GI’s there. Trump will have a hard time explaining what those boots on the ground did there in the first place.

There is another that is happening and why they didn’t move is they are building a Airbase at the Industrial area. They are trying right now to play a media war in garnering support with their multiple videos all shot in the same area.

Do you have any evidence of this Terra?

The fact it’s all over the place you can’t be that oblivious with the propaganda, you must be blind and can’t remember very much. The Airport they are building will at the Industrial zone they are stuck and haven’t moved , US/SDF have been running a Potemkin Offence they have done this multiple times already. They even had ISIS running the same Potemkin Offence as they had done with the proxy forces of terrorists.

Israel has gone full-retard have with the Al Qaeda attack in Homs etc.

Look what kind of Scoundrel’s is the Israeli Government

Two judicial inquiries have been initiated probing into the Israeli Prime Minister, Benjamin Netanyahu and another one initiated into his wife’s, Sara’s, affairs.

These investigations came after his predecessor, Ehud Barak, launched an appeal to use the courts to bring Netanyahu down so that the country would be protected from apartheid that is in the process of being blessed by the law [1].

However, the more investigators that encircle the Prime Minister, the more popular he becomes. In one matter now underway, almost all his close friends have been inculpated, including his chief of staff and his lawyer. While Justice has not succeeded in inculpating Benjamin Netanyahu, she certainly has flagged up the issue of finding out how he could be surrounded by so many bad eggs.

Paradoxically, the more these inquiries call into question his honesty, the more popular he becomes. The people that voted for him describe him as a dangerous person, but it is for this very reason that they support him. The majority of Israelis do not share his dream of a Great Israel; all they want is a peaceful life. They consider the pursuit of this happiness to be threatened by the Arabs and see this Prime Minister as the only man capable of protecting them from a new Shoah. Playing skilfully on the fantasies derived from talmudism, Benjamin Netanyahu is in the process of transforming his country into a ghetto completely encased within a Wall; a plan that would cost more than one billion dollars.

It appears that despite the pieces of information that have accumulated against him, the Prime Minister will not resign. He will only be able to be stopped by a judicial sentence. In a country that has thrown in prison a former president (Moshe Katsav) and a former Prime Minister (Ehud Olmert), this is not off the table

I wish the SAA could get in on both sides of the Kurds to force them to draw back.

Despite what has been written about SAA developing momentum, the SAA is having trouble developing real momentum across the river and now may have real trouble as the Kurds have made good on their promise to attack the SAA and are now attacking (unconfirmed) alongside ISIS.

if the SAA reaches the road and take control of it…..things will get harder and harder for the SDF, i think the game is over for the oil fields.sooner or later the SAA will move there