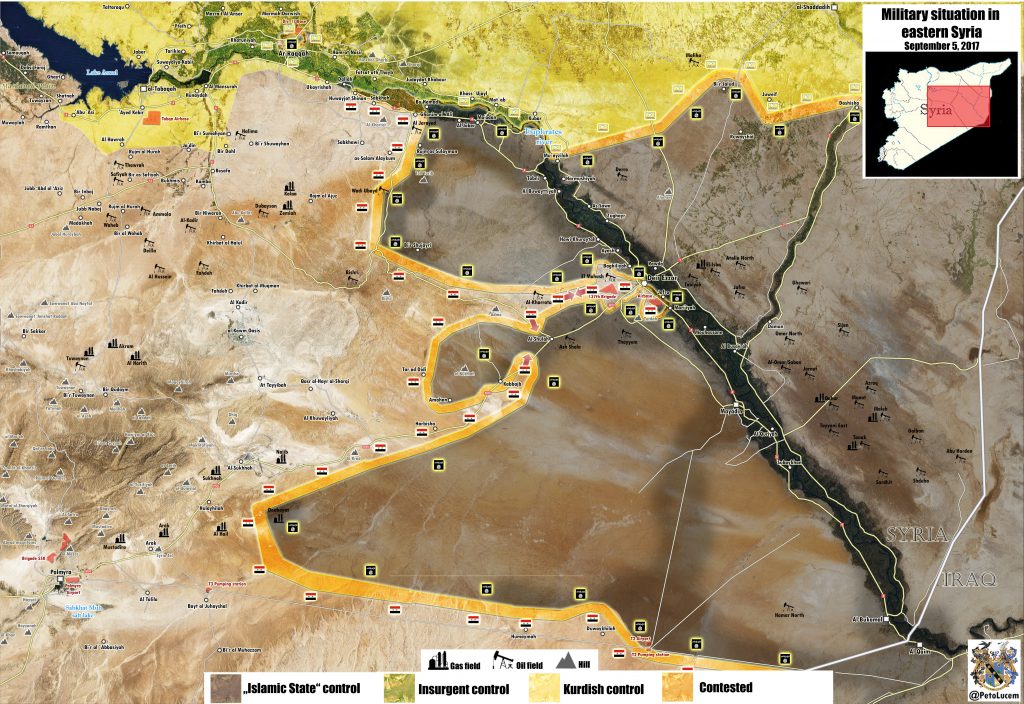 On Tuesday, the Syrian Arab Army (SAA) and the National Defense Forces (NDF), led by the Tiger Forces, officialy broke the ISIS siege on the city of Dier Ezzor.

The advance was actively supported by the Russian Aerospace Forces and Special Operations Forces. A Russian warship even launched Kalibr cruise missiles on ISIS targets near the city.

According to the Russian Defense Ministry, over 50 vehicles belonging to ISIS were destroyed during the clashes.

Government troops reached the outskirts of Deir Ezzor last weekend and engaged ISIS terrorists besieging the city in an intense fighting. However, they were able to secure a corridor to the city only on Tuesday.

The Syrian Defense Ministry released an official statement confirming that the Deir Ezzor siege was lifted:

According to pro-government sources, ISIS terrorists suffered significant casualties in clashes with the SAA in the Deir Ezzor area. Various sources say that from 100 to 150 ISIS members have been killed over the last 48 hours. However, these numbers still have to be confirmed.

The Syrian state-run media outlet SANA released a fresh video showing a moment when the advancing SAA units met with the Republican Guard in the 137th Brigade Base. Gen Issam Zahreddine, a leader of the defenders of Deir Ezzor, could be seen on the video:

However, the stituation remained complicated at the Sukhna-Deir Ezzor road. Accorindg to the recent repots, the SAA was not able to secure the areas of Ash-Sholah and Kobajjep yet. An intense fighting between government troops and ISIS terrorists resumed there few hours ago.

With the lifting of the Deir Ezzor siege, the Sukhna-Deir Ezzor highway became a key aim of the SAA in this part of Deir Ezzor province. If government troops secure the entire highway, they will be able to use their advantage in manpower, military equipment and supplies in order to drive ISIS terrorists from Deir Ezzor as soon as possible. 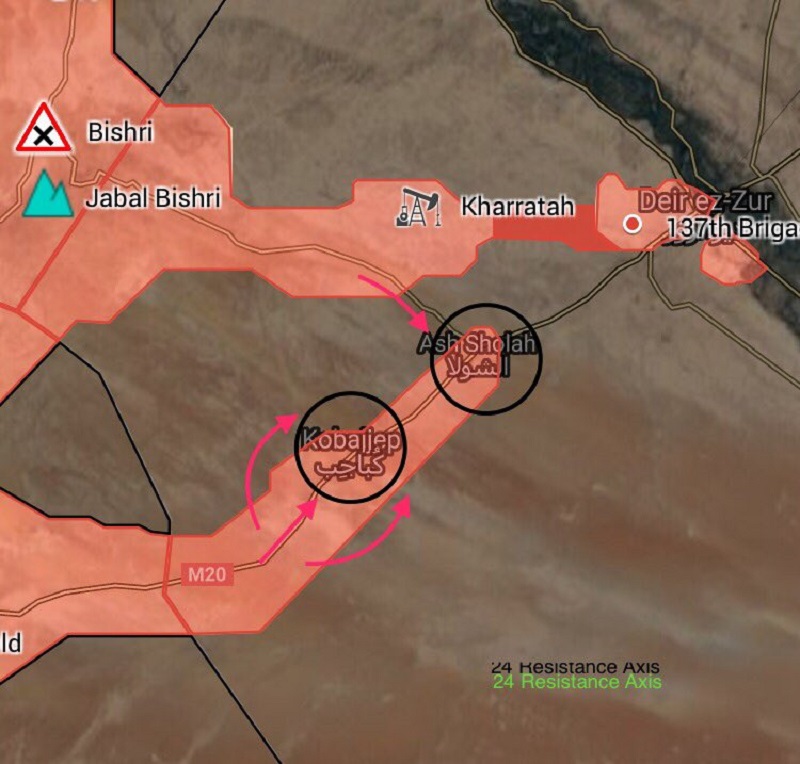 The CIA and Mossad are very much like John McCain in that they are toilet block homosexual scum.

You don’t mind if I steal that do you?

You’re welcome to post it all over the internet!

Its is the Syrian people and state that have won not any one person.

A perfect way to start my school day

Iran-Syria 2-2 ..soccer qualification for World Cup 2018 in Russia..to bad… I don’t understand Iran could easily give 3 points to Syria because Iran is already qualified and Syria need those 3 points…..It could have been double victory today for Syrian people ..but…. :( . I would have been nice to see Syria on the world Cup in Russia …but unfortunately brothers Iranians didn’t give them …

At least they didn’t lose.

It is the same draw or losing the match..Syria needed 3 points…too bad, too bad …

That is the truth.

It could be very, very interesting, because Syria is third now and goes in play off. They will play with third country from other group. And that country could be: Saudi Arabia …hahahahha … And then if Syria beat S.Arabia and go to world Cup ..that would be top story

That’ll be a fun game, maybe that was the plan !!

I think you confuse football for the Eurovision songcontest. In the Eurovision all the Nordic, Balkans and former USSR countries give each other lots of points, no matter how bad their songs were. In football there are no friends, only enemies to be crushed. And the only countries you go soft on are the ones you hope your rivals will meet in the qualifiers.

“In football there are no friends, only enemies to be crushed” – DURING THE MATCH; afterwards they can be best buddies.

Your forgot to add the word rugby after football. The only sport with an official third half spent drinking beer.

I wouldn’t be so sure, based on the behavior of football supporters.

That is not true. Remember match between Denmark vs Sweden on EURO 2004 … with result 2-2 both team progress too the next round…and 2-2 it was …so, that was fixing of result…So, Iran-Syria could do it also … And Iran was already qualified for Russia WC…

I don’t remember, but then again football leaves me indifferent. But I do know its a well known practice for countries that have qualified already for the next round to not really exert themselves for the last match of the qualifiers. Or even go soft on a potential strong adversary for their rivals in the next round.

But outright favoritism because your countries are best buds, that’s quite rare. All the more so since neighbors tend to be the bitterest of rivals. Which I know that historically Denmark and Sweden are. Southern Sweden used to be Danish.

After securing perimeter Panzir would be healthy antibiotic against flying random bacteria.

The western MSM will try to claim that the SAA gains are due to them destroying ISIS, yet by their own admission, there were only 2,000 ISIS fighters in Raqqa. I do hope that somebody gives a summary of the SAA 2017 campaign against ISIS including the approximate number of ISIS forces encountered and/or destroyed.

i wonder where those russian terminator units are?? they would be most useful now in the areas yet to be secured i think!!

USA/NATO claim way back that there are 2000 ISIS in Raqqa.Yesterday when their were planing to sabotage Syrian advances with the hope that it will take month.Again their claim to have killed 1200 ISIS.USA is such a good liars but lightening fast attack lifting of Deir Ezzor siege have surprise all elements of doom.

The Rus/ Syr/Hez were playing a strategic game with them and the US allowed their proxies to weaken themselves by making this their “Battle of the Bulge” , which has turned into their swan song.

They already have been doing that why it has taken the south longer to move on a wider flank, they are constantly countering a retreating ISIS there.