On November 8, Azerbaijani combat drones and warplanes carried out a series of airstrikes on Armenian forces in the disputed region of Nagorno-Karabakh.

The airstrikes, which were likely carried out with Bayraktar TB2 combat drones and Su-25 close air support warplanes, hit four fortified positions of Armenian forces near the town of Martuni, known by its Azerbaijani name Khojavend.

Bayraktar TB2 drones are equipped with the Canadian Wescam CMX-15D optronic system that can illuminate ground targets with laser from a long distance. The illuminated targeted can be, in theory, picked up by Klen-PS, a laser designator and range finder that is installed in the prow of Su-25 warplanes.

Using this tactic, Azerbaijani Su-25 can possibly deploy Soviet-made laser-guided missiles, like the Kh-25ML and the Kh-29L from a safe distance and with higher accuracy.

Precision-guided weapons have granted the Azerbaijani military the upper hand in Nagorno-Karabakh battlefield since the beginning of the war on September 27. Armenia claims that the Turkish Air Force is overseeing Azerbaijani aerial operations over the region.

Meanwhile pro western puppet Pashinyan fired all Armenian military staff who surely demands the use of Armenian SU-30/25 to expel AZ troops from NK!..just using SU-30 which have powerful thermal camera and radar to detect movements of AZ troops from far distance and can launch KH-59/31…guide by TV and the other one with its own seeker radar.

He already sold N.K for whichever reason and is only getting Artsaks troops killed for his pleasure

Sacrifices to the Chabad god.

Whatever reason = pleasing his western masters and clearing the path to joining NATO.

what happened to you air denial? drones are still working? Clouds went away huh?

Kh-31 have its own radar seeker guidance…another missile KH-25/31 have TV /laser! 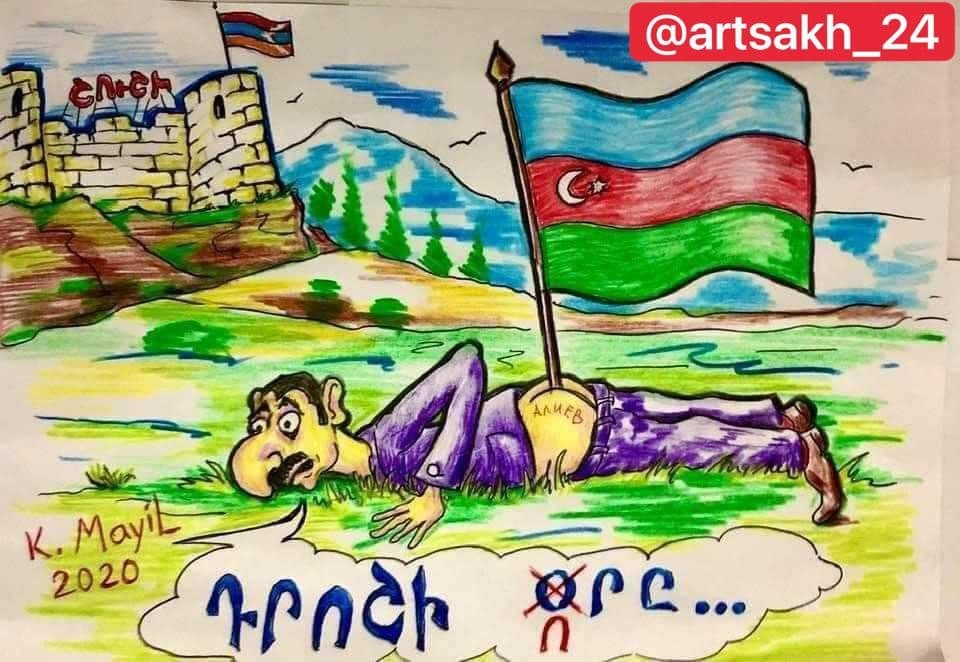 Hey Smedly, why did you make you profile private? Are you hiding from someone? And why are not posting pictures of dead bodies anymore?:))))) Did you previous account get banned?:))))

Idiot of a high order.Hiding from who? …LOL You are a very special kind of stupid!

Look at all the chickens running from Shushi! Just look they trip, they fall, they are running for their lives! It is funny as hell watching the baboons!

Old video from 29th of October, pretending to be new, cuz there is nothing new. Truly Armenian:)))) Also that is not Shusha, but Lachin (as you invented an ugly name Berdzor)
https://www.youtube.com/watch?v=0uJau5Z0oTQ

They left all their dead brothers behind to become glorious pig food!

Thats why I posted it again for others to see and judge who is right. Best of luck next time:)))

Grate Khan my freind and truely comrade! This righteous!

Grate Khan, why you not giving me fair share of ten goat you get pay from Abu Erdogan four entire platoon? Only five men left in platoon, also five right, top and bottom, so each get half goat, righteous? Why you wrongeously keep two goat four yourself? This unacceptably!

So “IN THEORY”, Soviet made bombs might be involved with the winners of the war! :) Wow SF reached a new level of cynical use of vids with blown up bodies. 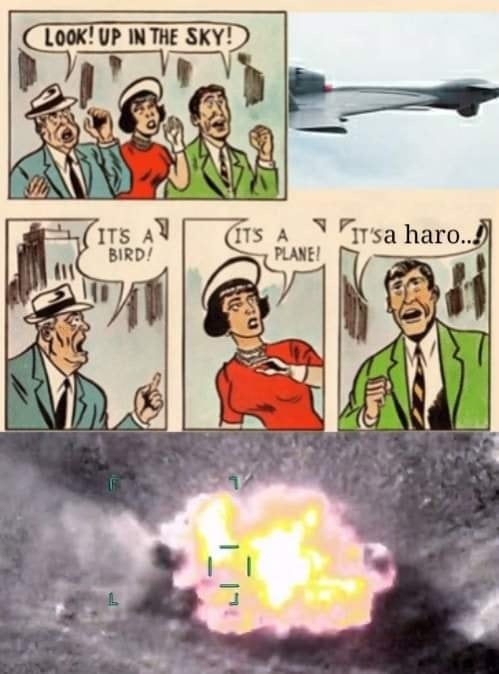 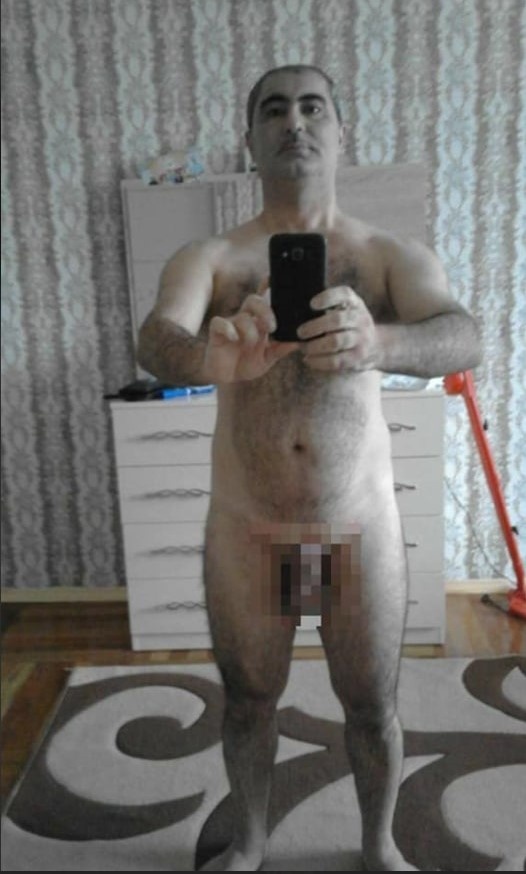 Is that Kim’s new boyfriend? Or how they call her there, the mother of the nation:))))

No that is one of your high ranking Azeri officers…LOL!!!!

So high ranking Azeri officer is Kim’s (mother of all Armenians) boyfriend?
Just between us, the only bulletproof thing in Armenia is Kim’s ass. She should use it to cover soldiers flying from drone strikes. And they fly so high, they must be skinny, you should feed them better. Check the videos in the article, they are fresh, unlike your videos.

The whore that is your mother does not even know who your father is let alone you knowing who is who’s boyfriend.

And keep your perverted fantasy about Kim to yourself! You can go and have some pleasure with a donkey is your only choice, as your whore mom watches!

Uuuuu, someone got angry and move on to mother insults. See, I am someone who doesn’t get insulted with words:)))) Nice try though:))))
I heard the TB2 missile MAM-L will be renamed into Kanye-D:))))) I approve:)))

fine, for now we wont. but better behave well. or Santa will rename it:)))

It grate pleasuring to announcement that I am able to giving you informationing from the spot on fighting in Armenazerbaijanistan.

Allowing me to introduct myself. Who this Genghis Gobi?

So I looking four freedom, and just then getting vision (by mobile phone video, that true) from blessed Shaykh Muhaysini telling me to coming to Jisr al Shughour in Idlibistan, which you might be gnawing is freedom territory where poor innocent jihadis can chopper head and murdering happily. So four wifes and I comed to Idlibistan, thinking troubles over. Happy ever after, righteous?

Wrongeous! First thing happen in Idlibistan is three billion children there being sarinbarrelgasbombed by evil lefteous Nusayri regime of pointy nose dictator Assad and evil half naked Russia dictator Putin regime. To saveing three billion children and also become famous movie star I join White Hellmate organisation, but pointy nose dictator Assad regime stooge stealed my white helmet befour I can making false flag video and becomed famous. After that four wifes want me to buying car from Honest Jamal VBIED dealership, but problem is that it cost too much goat, and I only getting one and half goat a day. Supposed to get FOUR goat from dear friend Abu Salman al Bonesawi in Saudi Barbaria but two and half goat stealed by Abu Erdogan al Turki. How one live on one and half goat a day, you telling me? Even with position as top trainer and also bottom trainer at Idlibistan headchopper training institute I haveing to get second job as head twitterer at Uighuristan Cultural Centre and still not making front end and rear end of goat meet. When I try goat butt me into middle of next week.

And then my four mother in law also comed to Idlibistan so I have to hide in hole below house. That is how bad situation is in Idlibistan. Bigly!

Then I gottinged call from blessed Shaykh Muhaysini tellinging me that grate opportunity to escaping Idlibistan – not to mentionable four mother in laws – by going to fighting in Armenazerbaijanistan. And so I here and you getting my report straight from goat’s mouth!

Priest Aristakes Hovhannisyan conducts a baptism ceremony for ethnic Armenian soldiers in a military camp near the front line during a military conflict in separatist region of Nagorno-Karabakh….

I think most of them have died on the battlefield. 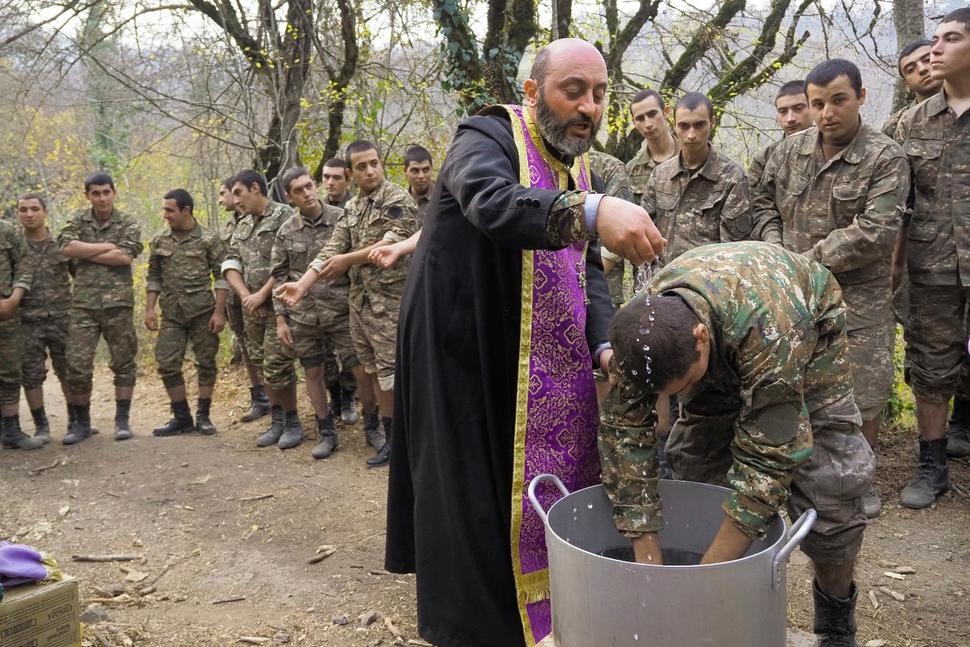 Pussy warfare…Drone warfare…Fucking Azeris if you were good for ground war you would easily beat the Armenians, but FEAR does strange things, just use drones, and I don’t know why the damn Armenia don’t shoot every possible drone from their Country from Armenia they can do it so easily but there is always agenda, after all those that are fighting in Nagorno are Armenians, but Armenians that live in Nagorno, not Armenians send from Armenia NOPE. Armenia just backing them up with weapons but they never backing them with Air-Defense which seems to be nightmare for Nagorno military, Ottomans drones are just too many. Who knows how many fucking drones are flying there, in hundreds tho LOL.

Martuni is about 50km east of Shusha. The Artsahk air defense force is probably concentrating it’s main resources over Shusha and the capitol. 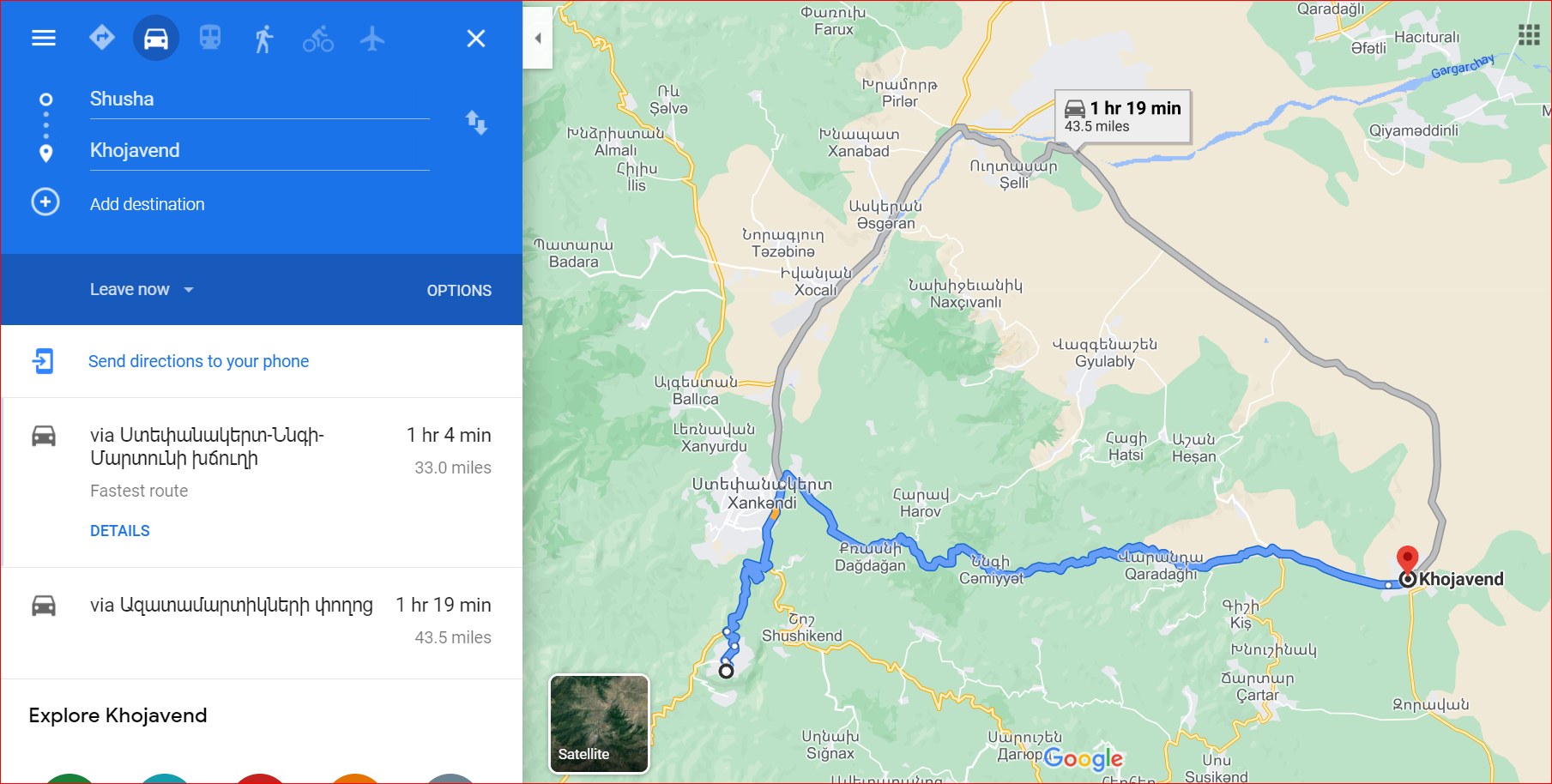