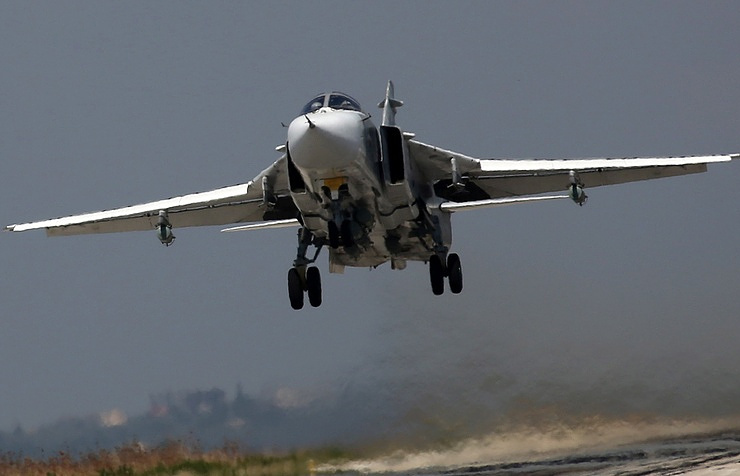 The Russian Aerospace Fores delivered 452 airstrikes against terrorist targets in Syria over the past week, Chief of the Main Operational Directorate of the Russian General Staff Colonel General Sergei Rudskoy said during a press briefing on Friday.

According to Rudskoy, over 600 militants were killed, 16 armored vehicles, 41 vehicles equipped with machine guns and 30 vehicles were destroyed as result of the airstrikes.

The general said that the success of Syrian government forces against ISIS became possible due ot the Russian air support.

Became possible , is right , now the Turks up east of Aleppo .

Russia is the real deal. Russia lives, Russia leads!! Syria will remain a sovereign state, same goes for Iran. The forces of evil would have unleashed mayhem, death and destruction on Iran if they had succeeded in Syria. High five for IRG and Hezbollah too, without their solid and unwavering support, Syria would have fallen in 2015.

Not an iota of doubt, Hezbollah is the best Arab army in the Middle East. The invasion of Syria by Zionist US/Israel-backed terrorists is to eliminate the Resistance of Forces. Period.

i agree-Russia rocks!!!!! Hezbollah are great warriors too. thank you both forces so much from us in the U.S.A.

that’s the role of the masons and zionists, not the US. Wait until the US people see what’s really going on, and to what cause they sacrificed the lives of their soldiers in these years.