According to UK security sources, over 400 militants have returned to the UK from the Iraqi and Syrian battlefields. 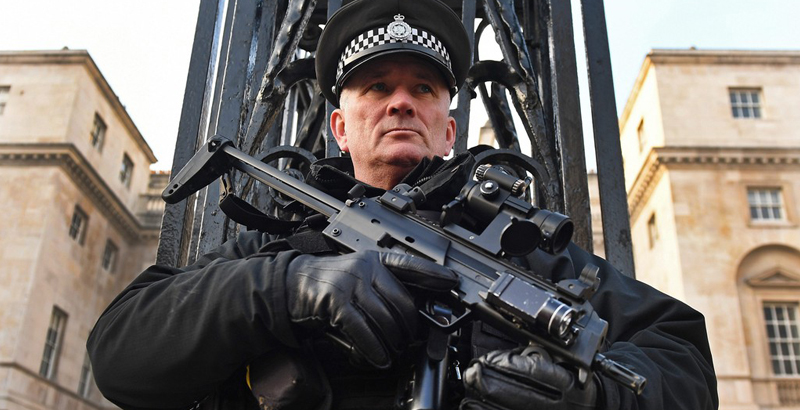 At the moment, the number of militants, who returned to the UK from Iraq and Syria, exceeds 400 people, the Sky News TV-channel reported, citing its own unnamed security sources.

As the TV-channel noted, the authorities fear more and more that the UK can become a place of large-scale terrorist attacks, conducting with usage of firearms and explosive devices, similar to those that recently occurred in France and Belgium, as many returning militants have all the necessary training to use weapons and set up improvised explosive devices.

Citizens of more than 80 countries actively replenish the ranks of the Islamic State terrorist group in Syria and Iraq. About a hundred of Britons have already joined IS militants. Many of them entered the Syrian and Iraqi territories through Turkey. Ankara claims that for effective detention of such foreigners it needs more complete and timely information from Western intelligence agencies.

According to the TV-channel, only some of those, returning from the battlefields of Syria and Iraq, have been prosecuted, as the authorities “need enough evidence to put before the courts and often returning fighters go to great lengths to cover up their overseas activities.”

The issue of the radicalization of Britons began to be actively discussed in the UK, after three London schoolgirls moved to Syria through Turkey to join IS fighters in February 2015. A few days ago, a terrorist attack, which killed four people, was committed in London. That increased public attention to the topic of terrorism. However, Scotland Yard still has not found evidence of the connection of terrorist Khalid Masood with any terrorist organizations.

The TV-channel noted that the police and security services have already started to actively work “flat-out to counter the threat from homegrown lone-wolf extremists.” In addition, the UK government has allocated millions of pounds in extra funding to help Chief Constables across country to increase their firearms capability to respond to a terrorist attack.

An unknown ditch in the middle of nowhere with a pistol in the back of their neck should do nicely for these headchoppers. It’s weird that while they’re in Syria or Iraq its perfectly okay to send a hellfire up their ass, but when they make it back to the West we suddenly can’t do shit because suddenly we need to prove things legally in court. Also, while ISIS may have drawn in most of these headchoppers, plenty of them joined with the other, socalled moderate opposition.

I find this hysterical though: Ankara claims that for effective detention of such foreigners it needs more complete and timely information from Western intelligence agencies.

How about we tell Ankara they’re Gülen supporters? Or PKK sympathizers. They’d be arrested and thrown in jail faster then you can say Tayip Erdogan.

I think England is right now in a very very big problem. Those who created the evil, will be called by the evil.

Given the rate of casualties ISIS is sustaining, I prefer they would stay there and die in a pointless last stand. If they want to die in battle, I’m sure Russian and American missiles can safely oblige them from 20,000 ft.

this is estimation, that means do not know exactly who is the jihadist.

good. ritain is leaving EU, these jihadists will be internal british problem. :) karma is cool ;)