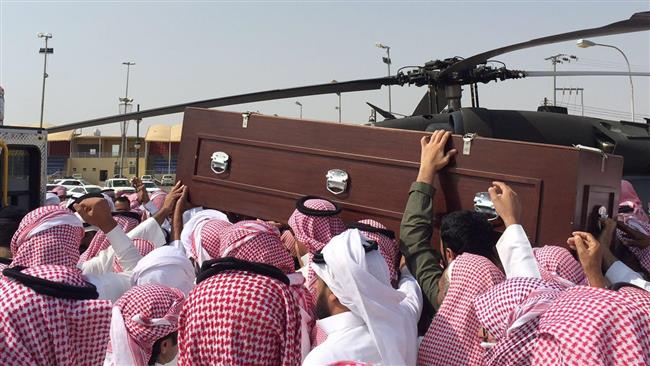 Saudi Arabians carry the body of Saudi soldier Waze’ al-Dilafe’, who was killed in retaliatory Yemeni attacks in the border region of Asir in southwestern Saudi Arabia, September 5, 2016.

On September 4, the Houthi-Saleh alliance launched an attack on the Tuwal Border-Crossing into southern Saudi Arabia, seizing several points along the Yemeni-Saudi border. However, the Houthi-Saleh forces have not been able to seize the border-crossing itself.

According to local sources 41 Saudi soldiers have been killed and a vehicle destroyed in the clashes. Pro-Saudi sources say that the attack has been “successfully” repelled. No information about casualties has been provided.

I wish the Houthis had the same number of MANPADs the the Syrian rebels had. Maybe then the KSA would finally be forced to give up this war and stop bombing civilians.