More than 300 terrorists were killed and many more were wounded during clashes with the Syrian government forces in Southern and Southwestern Aleppo. 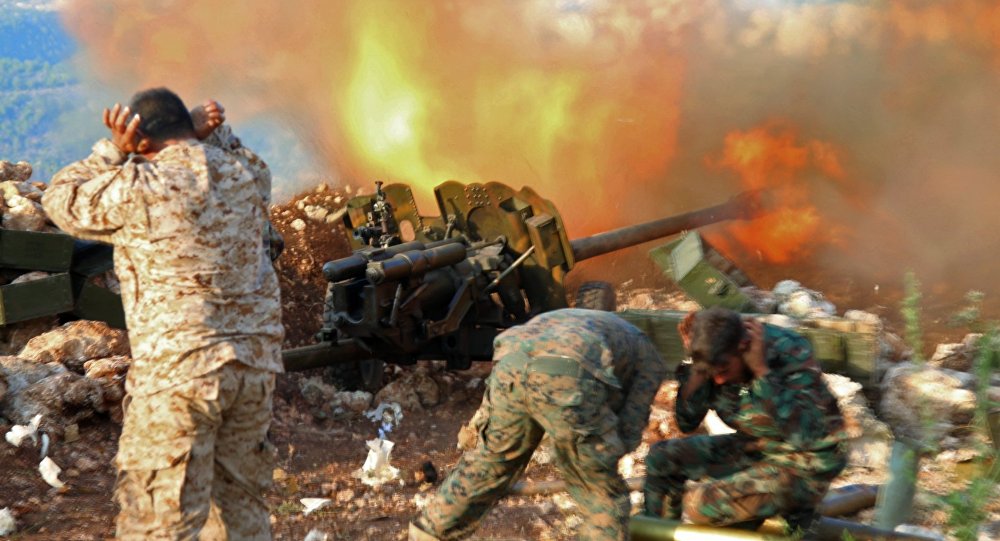 More than 300 terrorists were killed and many more were wounded during clashes with the Syrian government forces in Southern and Southwestern Aleppo.

Terrorists’ defense lines in the Southern farms of military academies were targeted by Syrian soldiers and the popular forces. As result, 6 tanks, 3 bomb-laden vehicles, and a number of vehicles equipped with machineguns and artillery were destroyed, and at least 300 terrorists were killed in the battlefield.

On Friday, military sources said that the way for a major rapid advance of the Syrian army and its allies against the terrorist groups in Southern districts of Aleppo city was paved by heavy bombardments of Russian warplanes.

Jeish al-Fatah terrorists were drove back from the entire territories of al-Amariyeh districts by the Syrian army’s Republican Guard, backed by Hezbollah and the National Defense Forces (NDF).

A crucial role in the Syrian army’s advances was played by the Russian fighter jets.

no time stamp, “military sources” no author, a piece of BS information.

I presume opposite news will be more suitable for you?

Just how many tanks are the rebels in the Aleppo area estimated to have?

This was a good article. Thank you