According to a Spanish aid organization, more than 200 migrants might have sunk in the Mediterranean Sea off the Libyan coast. 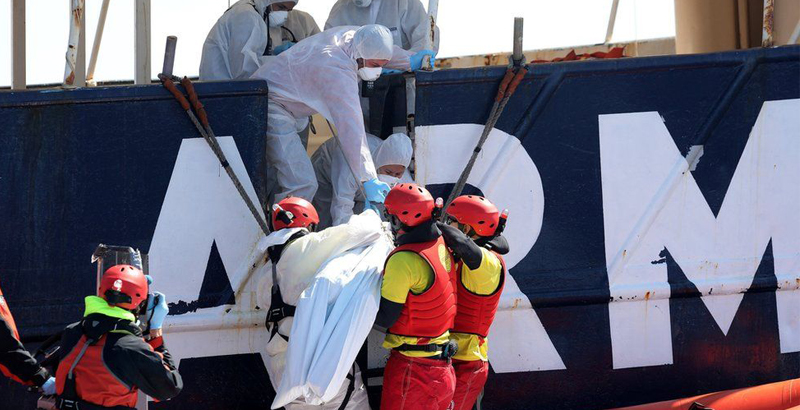 Two pneumatical boats with migrants might have sunk in the Mediterranean Sea off the coast of Libya, the AFP news agency reported, citing Proactiva Open Arms, a Spanish aid organization. As a result, over 200 people, who were on board, might have lost their lives.

According to press secretary of the organization, Laura Lanuza, the aid group managed to pull five bodies, floating near two capsized boats, which can each hold over 120 people. All these people were young men, who appeared to have drowned.

“We took up on the board bodies of five people, who were near the boats in 27 kilometers from the shore,” Lanuza told the news agency. “Each of boats of this type can hold from 120 to 140 migrants.”

According to data of the Italian government, since January 1 of this year, 16,206 migrants have been saved in the Mediterranean Sea. During the same period in 2016, 11,911 people were saved there.

According to the International Organization for Migration (IOM), over 20,000 migrants have arrived in Italy so far this year. At the same time, acoording to estimates, some 559 people have died or gone missing en route.

Libya has long ago become the largest transshipment point for illegal migrants from Africa, who head off to Europe, searching for job and better life. The flow of immigrants from Libya grew tens of times after the overthrow of Muammar Gaddafi.

Why don’t you go into a black neighbourhood wherever you are and shout that out loud?? Be a real man now , not a FAGGOT. Stand up for your beliefs and act like a real racist dickhead.

It’s not neccesary. Some years and black neighbourhood will come to us!

As long as these aid charities keep on rescuing migrants from shoddy boats and bring them to Italy, more of them will keep on coming and more will keep on drowning.

The road to hell is paved with good intentions.

As long as Italy keeps supporting the Zionist cabal in it’s destabilisation efforts , the consequences will keep coming. Why did the Italians support EU and Nato intervention in Libya?? Why did they allow one of the most stable African countries to turn into a shithole?? You build shithouses and the shit has to flow somewhere right??