At least 15 terrorists of the Islamic State (IS) group were killed during airstrikes of the Syrian Air Force on their positions in the southern part of Sharifeh village in the eastern countryside of Homs. 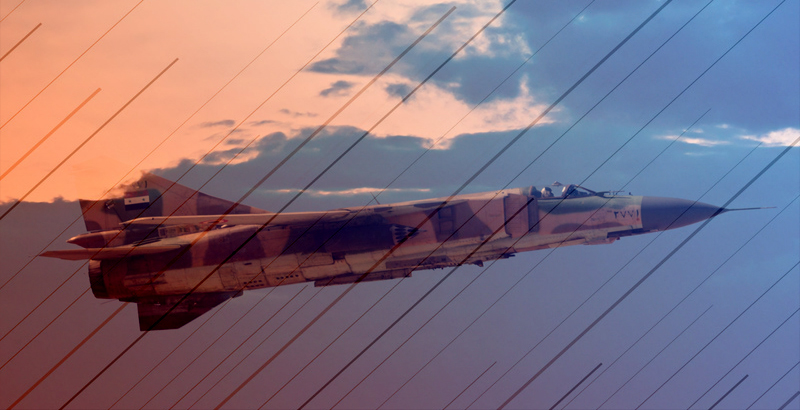 The Syrian Air Force carried out a series of airstrikes on positions of the Islamic State (IS) terrorist group in the southern part of Sharifeh village in the eastern countryside of Homs. As a result of the air raid on the surrounding areas of Palmyra city, 15 IS terrorists, including their senior commander Abu Omar al-Saraqebi, were killed, as well as an armored vehicle of terrorists were destroyed.

In addition, Syrian fighter jets also struck terrorists’ gathering centers in the surrounding areas of the T-4 military airbase in eastern Homs. Two tanks and several military vehicles of terrorists were destroyed during the airstrikes.

At the same time, Syrian troops managed to restore control over more territories, located to the south and west of the T-4 airbase, including several hilltops, providing a panorama picture of the Alfo Sefat road.

Also today, the Syrian Army continued its advances in the southwestern part of Homs, launching an offensive on IS positions near al-Quaryatayn city. As a result, terrorists suffered heavy losses.

Meanwhile, Syrian troops, backed up by the Russian Aerospace Forces, launched an attack on the southern countryside of the T-4 airbase. The Syrian Army managed to liberate several areas of the territory during its advances towards Al-Baridah village, as well as to kill at least 25 IS terrorists and destroy seven their technical vehicles and one armored vehicle to the south of the T-4 military airbase.

In addition to its advances in northern Al-Barida, on Thursday, the Syrian Army also managed to clear several areas, located to the east of the T-4 pumping station in eastern Homs.

Also on Thursday, Syrian troops and the country’s air force struck positions of the IS and Jabhat Fateh al-Sham (previously known as the al-Nusra Front) terrorist groups, stationed in eastern and northern parts of Homs province.

Gatherings of IS terrorists, deployed to the southeast of al-Tayas, Ba’ar al-Fawa’erah and to the east of the Fourth Station were targeted by the Syrian Army’s units, which managed to kill several terrorists and destroy their military vehicles. Syrian troops also attacked a bomb-laden vehicle of the IS on its way to Taloul al-Tayas and destroyed it before the vehicle reached the army’s positions.

At the same time, Syrian soldiers clashed with IS terrorists to the east of the Fourth Station and killed a number of militants, destroying their vehicles.

Meanwhile, positions of the Jabhat Fateh al-Sham terrorist group in al-Rastan town and its surroundings, as well as in the villages of al-Zafaraneh, al-Qantou, Deir Foul, and Hart al-Badu in Um Sharshouh in northern Homs were targeted by the Syrian Air Force and the army’s artillery units. As a result, a number of terrorists, including several commanders, were killed, while several their vehicles were destroyed.

In addition, concentration centers of the IS and Jabhat Fateh al-Sham, stationed in the northern and eastern parts of Homs, were also attacked by artillery and missile units of the Syrian Army and the country’s air force. Syrian troops attacked IS positions to the north of the Fourth Station, located to the west of Palmyra city. As a result, 12 terrorists were killed and their bomb-laden vehicle was destroyed.

At the same time, the Syrian Air Force struck IS centers, located near Tadmur, the Fourth Station and gas and oil fields. A number of terrorists were killed, while their base and military equipment were destroyed.

Meanwhile, military bases of Jabhat Fateh al-Sham in the villages of Deir Foul, al-Qantou, Qarnateh, Talbiseh and al-Farhaniyeh, located in northern Homs, was also hit by Syrian fighter jets and artillery units. Several terrorists were killed and their military hardware was destroyed.

The Syrian Military is doing slow but steady work clearing ISIS terrorists out of Palmyra.

The Russian forces in Syria need to find out how these terrorists are able being supplied with campaign planning, arms, training, finance, communications, logistics, etc. and then eliminate them.