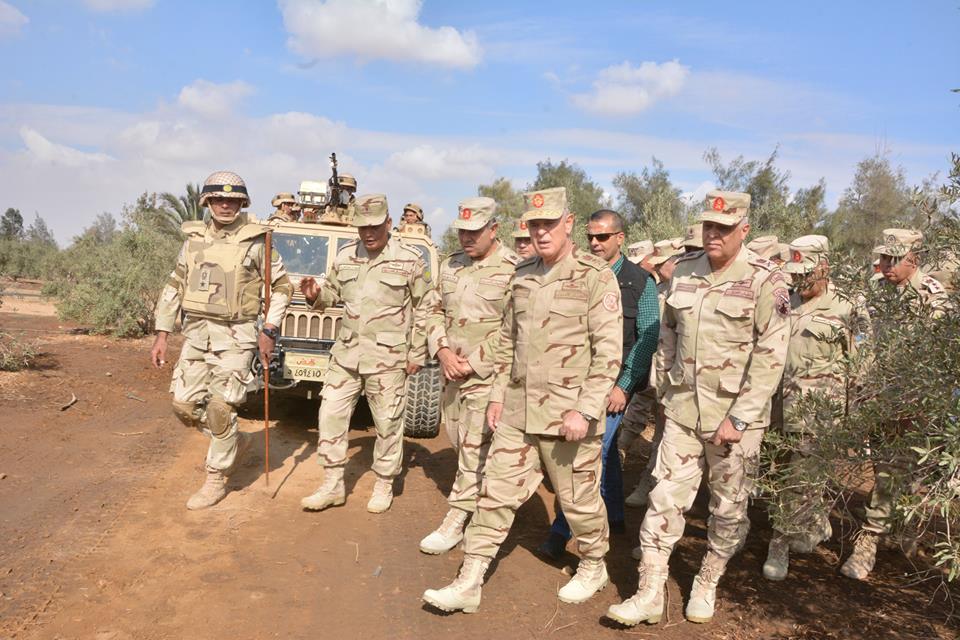 Over 60,000 soldiers, 3,000 differnt types of military equipment and 355 aircraft are involved in the ongoing military operation against militants in Egypt’s North Sinai.

The country’s military has also deployed 15 air-defense battlaions including 259 units of various military equipment and 3,100 servicemembers.

According to Chief of staff of Egypt’s Armed Forces Mohamed Farid, since the start of operation “Sinai 2018”, the country’s air force has destroyed 158 terrorist targets and army artillery units have destroyed 413 terrorist targets. Farid added that security forces had killed 71 militants and had detained 1,852 people suspected or wanted over criminal charges or for supporting ISIS.

1,282 hideouts used to hide and store administrative and medical needs, weapons and ammunition have been also destroyed, according to the cheif of staff.

Nice job, another day of rage for Satanyahoo.

Are there 100 isis fighters at all?

Then 60 000 egyptian soldiers will be not enough.

make the world proud of you egypt……kill those rats

And yet they keep on coming! Their persistance and determination is staggering.