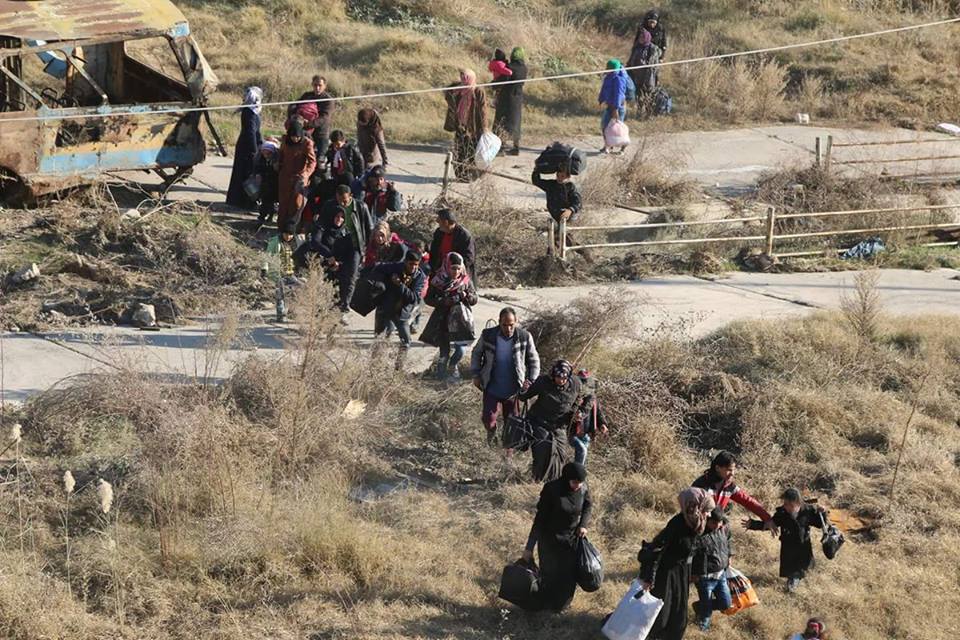 About 10,000 civilians have fled from eastern Aleppo so far, according to local sources. Most of them took refuge in government-controlled areas.

The flow of residents via opened hummanitarian corridors have dramattically increased since the collapse of militant defenses in northeastern Aleppo.

“Thanks god we are safe, May god bless the Syrian Army, they protected us from death”
Fresh batch of eastern #Aleppo civilians just arrived pic.twitter.com/cDe89ChA2K

Many pro-militant media outlets and “acitivsts” were very upset because of this fact. It’s’ interesting what will they say now when about 10,000 people have been freed from the “moderate opposition” waving al-Qaeda flags.

The media is already spinning it negatively, stating people are fleeing from the government offensive. That they’re all fleeing to either government held areas seems hard for them to explain though. You’d think that if the poor civilians of East-Aleppo were that scared of the Assad regime they would flee to the rebel held parts of the city. The media doesn’t seem to have made that connection yet. I suspect they’re still suffering from cognitive dissonance

Finally the people of Eastern Aleppo are free to leave thanks to the Kurds and SDF finally breaking the control of the estimated 10,000 at most Terrorists that have held them hostage now since 2012. Not local Rebels as the USA and there bent lying allies woud have us believe but outside Terrorists that attacked Akeppo in 2012 and have held most if the people hostage now for about 4 years with the help of the USA and it’s despicable allies. Not Rebels as US MSM media has lied for the US Admin for years. Finally the conspiracy led by the USA the UK and France and there despicable allies the Saudis and Qatar and the Turks to divide and conquer Syria is being brought to an end by a very brave nation of people and there leader with the guts to finally take a stand against these Evil Imperialists. Thanks Russia from an Australian. If only my nation and its leaders could show the same courage. Where is CNN reporting this dramatic change in events or the Washington Post etc. 10,000 today, hopefully 100,000 tomorrow saved by the Russian Coalition. Go home Yank and stay home for awhile and the same goes for that other Born to Rule curse of the world the UK.

why leaving out Jordan and Israel? there are direct proofs that these two are involved as well…