About 100 servicemembers of the Ukrainian Armed Forces have been killed in clashes with local militias in eastern Ukraine since December 21, according to media activists.

Ukrainian and Russian sources report that the Ukrainian Gegeral Staff has dramatically understated the casualties of pro-Kiev forces in the clashes that took place in the area of Logvinovo, northwest of Debaltsevo in the recent days.

Only according to video and photo evidence the Kiev side has lost about 40 fighters. Reports from local sources and pro-Kiev media activists allow to estimate the real number of casualties as about 100 fighters.

The Ukrainian Armed Forces suffered high casualties because it attempted to advance against LPR and DPR forces in a fortified area without air support and artillery superiority.

Some reports say that initially the decision to advance in the area of Logvinovo was made by the commander of the 54th Brigade of the Ukrainian Armed Forces under the influence of alcohol. After the initial success of the operation (Kiev forces seized 3 points in the area), the Ukrainian General Staff decided to not panish the commander for his initiative.

Now, the situation at the frontline remains stable with no side attempts to advance. However, both Kiev forces and local militia continue to shell each other with various kinds of artillery systems, excluding multiple rocket launchers. 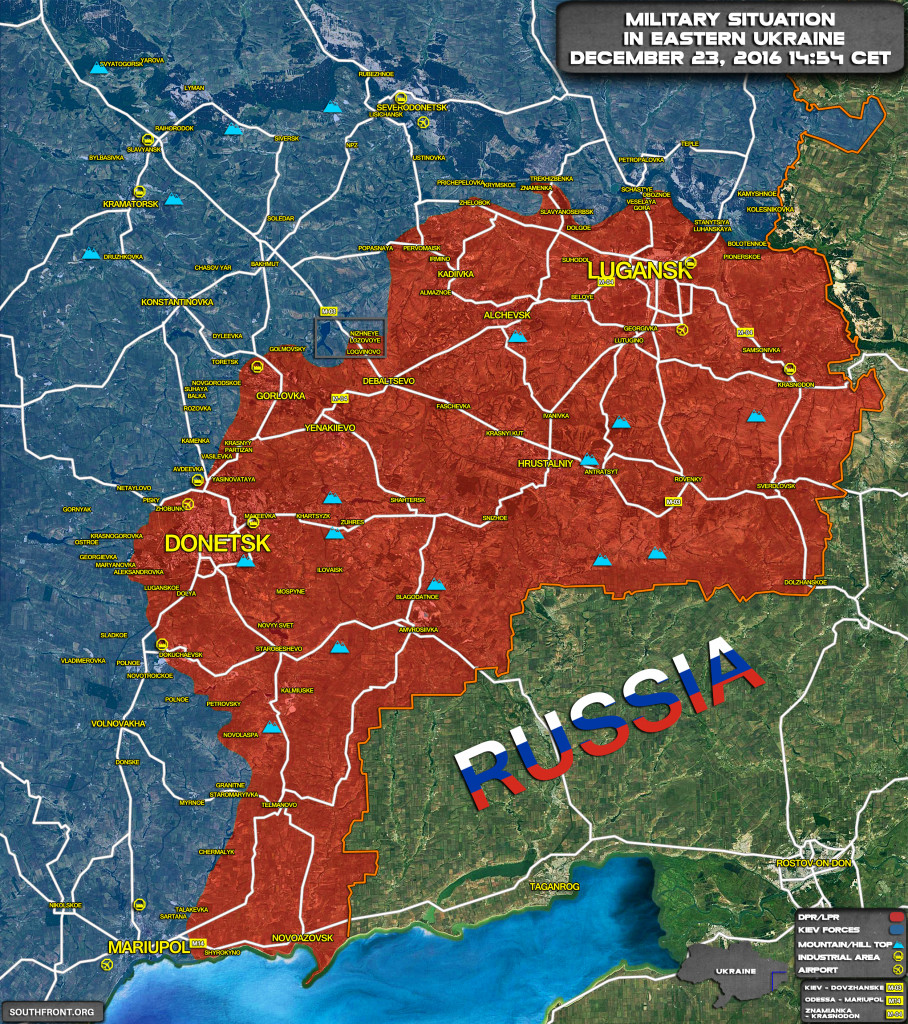 Ukros don’t have money to celebrate Christmas….so they decide to die in Snowy Donbas !! It is fitting for retards !!

Culling of Ukropistani orcs due to their unparalled stupidity and agression….

Stephan Bandera would have been proud of the new generation of neo-nazi fuktards going so boldly where their grandfathers went before….

It is very shameful for Europe to go along with this kind of American foreign policy. Too many corpses already.