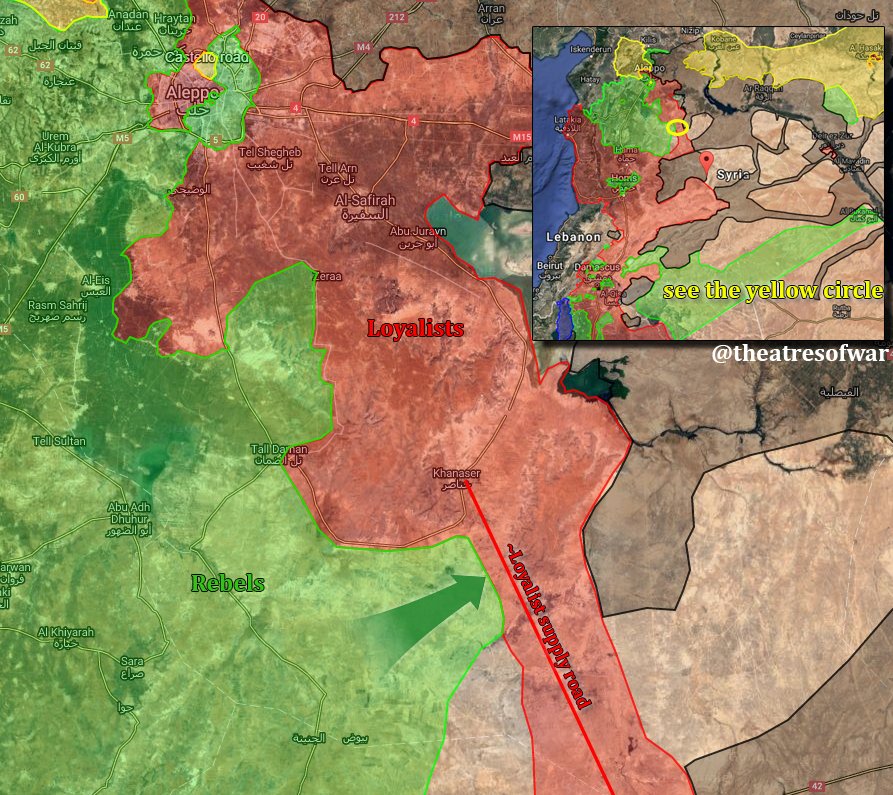 Jaish al-Nasr, Ahrar al-Sham, Faylaq al-Sham and the Bayan Movement managed to capture the Mahmiyat al-Ghizlan camp situated in the Khanaser Plain. The militants’ gains in this region threaten crucial supply lines to pro-government positions attempting to maintain a perimeter around the city center. The Mahmiyat al-Ghizlan camp is located in about 5 km from the Syrian government’s supply line.

Jaish al-Fatah launched the advance in the Khanaser Plain because the operation room, de facto, failed to lift the siege from eastern Aleppo. The jihadists were not able to seize the Ramouseh Roundabout and secure the road from Khan Touman to the militant-controlled areas of Aleppo. 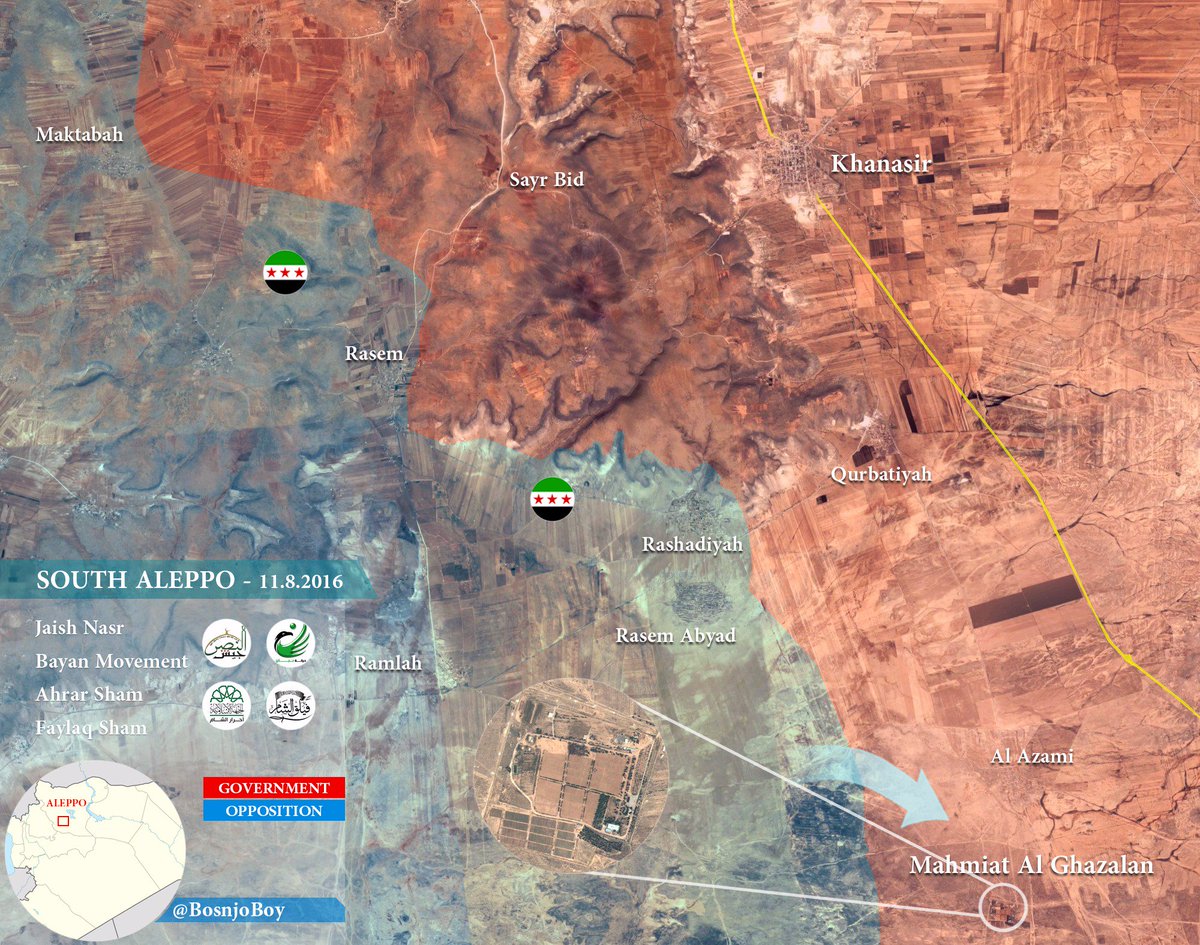 On August 12, the situation in the area of Aleppo remains acute. The Syrian army, the National Defense Forces, Hezbollah and their allies renewed active actions and artillery strikes around on several fronts of the Ramouseh Neighborhood. Russian and Syrian warplanes continued to target militant targets in the Ramouseh Artillery Base.

Especially intense clashes are ongoing in the Ramouseh Garage where Jaish al-Fatah has deployed some units to hold its corridor to east Aleppo.

Militants are in the Ramouseh Garage: 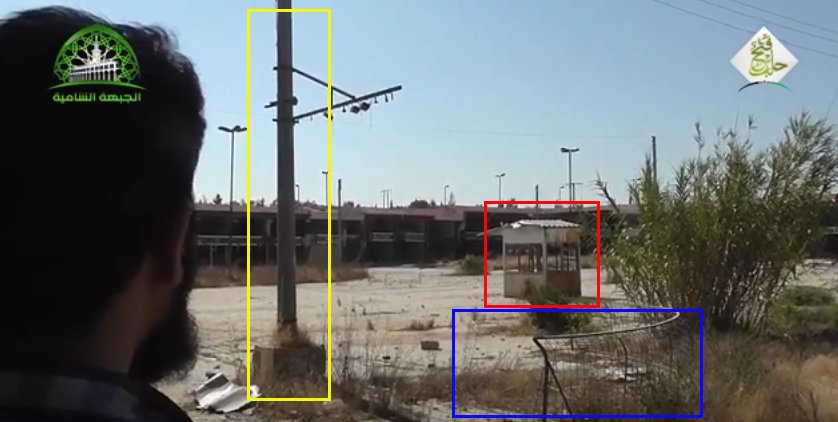 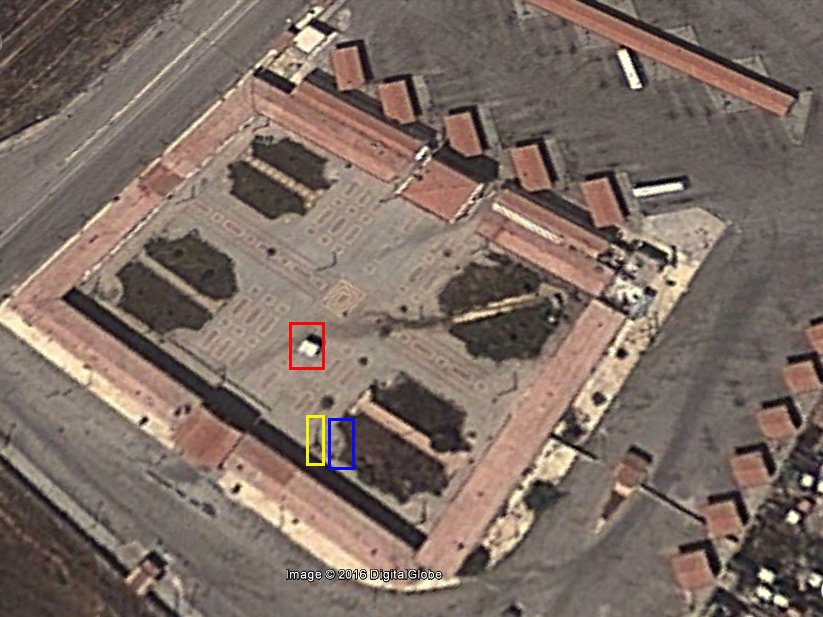 Meanwhile, unconfirmed reports appeared that the pro-government forces retook Mahmiyat al-Ghizlan from militants. If this is true, the Syrian army was able to counter the threat to its supply line in southern Aleppo. 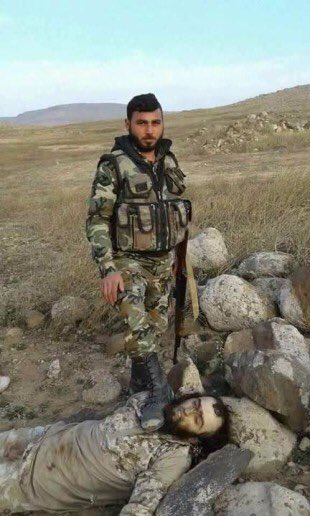 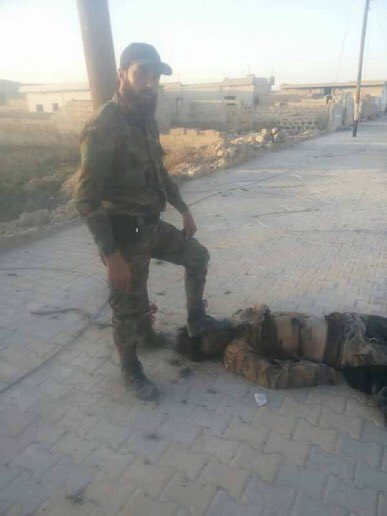 Pro-government maps that depicts, the Syrian army and its allies’ gains during the counter-offensive in southwestern Aleppo. 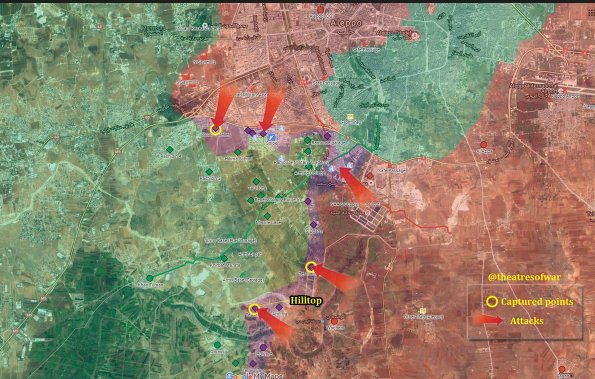 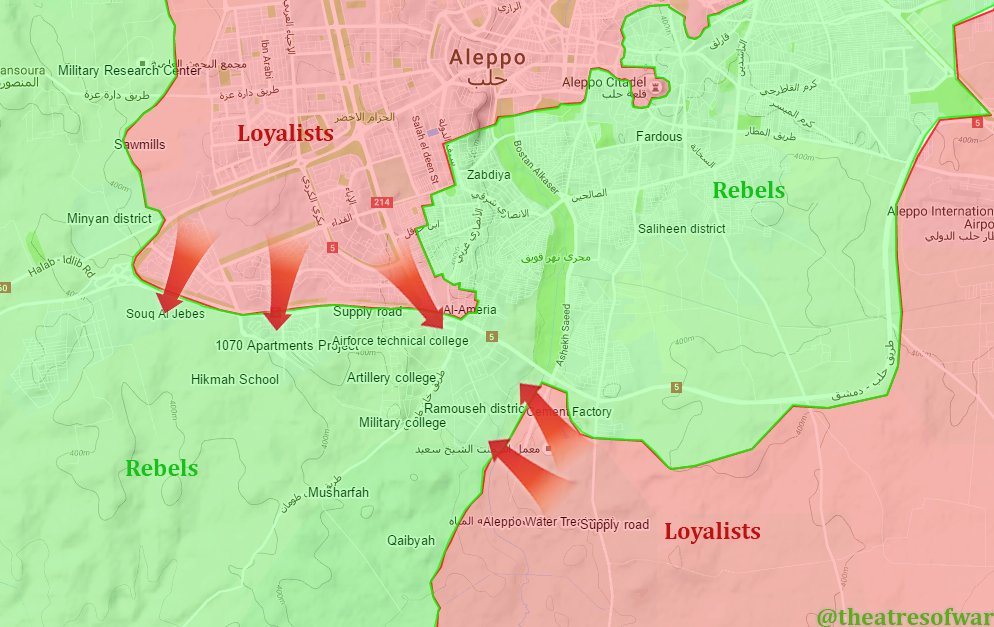 Without mincing word the Syria war is an existential war between the Empire and the remaining party of the Free World and unless a miracle happen such as Turkey closing its border ( Erdogan is unstable and highly unpredictable) and SyAA and its allies defeats the terrorists all before Hillary is SELECTED in November as the president of the US, I think this war is just beginning and promised to be much more brutal and barbaric. And make no mistake, in this war there’s no middle ground it will take no prisoner as you are either with the Empire or against it because all the nations in the collision of the Free World and those that aspire to a multipolar world – whether supporting Syria militarily, politically or not expressing their view due to ignorance, cowardice or strategic reason – are situated in strategic regions of the world and the US can apply this Takfiri mercenaries virus in all this regions to wreck unimaginable havoc on them as there already exists incubation ground for such in these regions and those that will lead are already cutting their teeth in Syria. Am a diehard optimist but whichever way you look at it hell has no fury like hillary. For now I believe the best strategy to eliminate such occurrence is for all free people to support the SyAA to defeat and incinerate this virus in Syria before it can spread. Syria is defending the whole of humanity because this virus (Takfirism) is contagious it doesn’t even recognise its creators and those that nurtures it given the terrorist attacks taking place in Europe and the Gulf. Let’s save Syria, let’s save humanity.

Well spoken, Olayinka. I might add, if the “moderate” Wahhabi’s, west of Aleppo, backed by the US, are gone before Hillary is “selected” , she could not openly support ISIS, and would likely move the war machine on to Libya . Putin and the Russian people can not stand alone, The Iranians are there backing Syria. A salute to the Noble Iranians. If China supplied Syria and Iran with a large number of drones, it could effectively defend the ” Shi ah Arch” ( Lebanon, Syria, Iraq, and Iran). With such a shield , Hillary would be less likely to engage in a direct invasion. Let us hope China steps up to the plate, it is the deciding vote. The destruction of Syria by the US for financial gain is illegal and inhuman, it must be stopped.

its battle between USA and russia for Europe.