A brief overview of the situation in the troubled country. 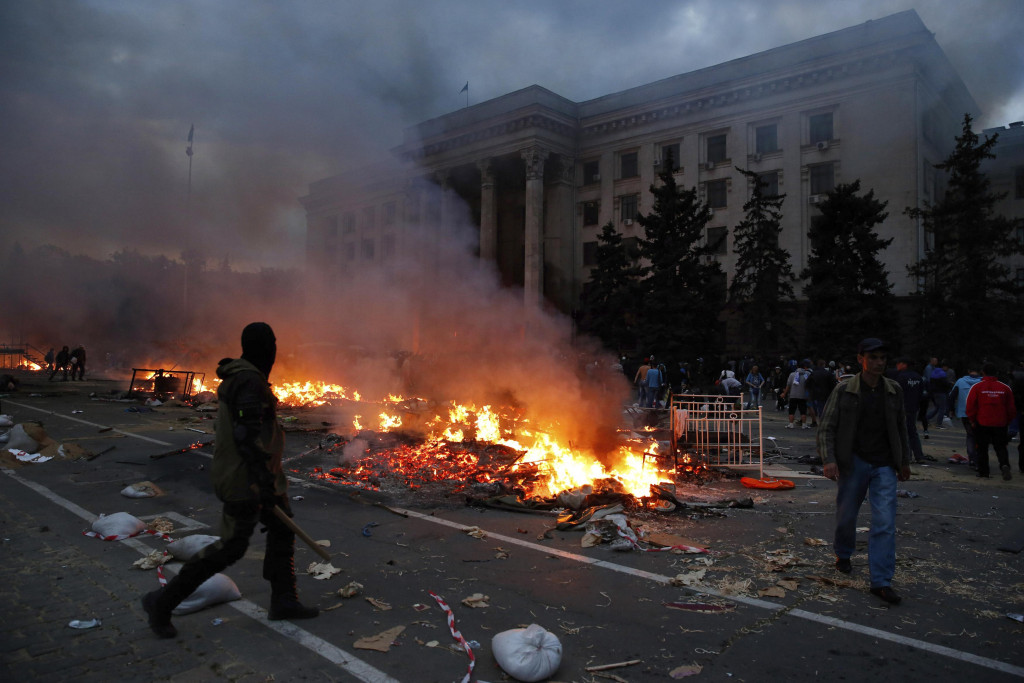 Today we mark two years since 48 people were burn alive by Ukrainian “pro-European” Nazis in the trade union building in Odessa. The event was a follow up of the Maidan coup d’etat in Ukraine. Two years ago, after months of not-so-peaceful protests, the government of President Yanukovych was taken down, and some interesting groups took his place.

It’s almost clear for everyone who closely follow the situation that this coup was an almost perfectly performed operation by the US. It came right after Russia pledged to support its ally Syria from an US invasion, and as Newton stated in his 3rd law of mechanics “For every action, there is an equal and opposite reaction.” Russia had to pay for its attempts to emancipate after the defeat in the early 90s, and Ukraine was the best way to do it. At first the operation seemed to be perfectly executed. However, the US strategists underrated the ones in Moscow, who gave them a tough time. Russia quickly reacted and defended Crimea, the home of the Russian Black Sea Fleet, in a move which saved Russia from a geopolitical disaster and crushing defeat. 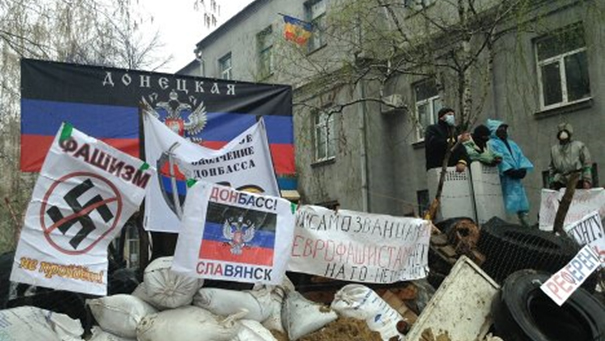 The plans to make Ukraine a huge russophobic territory in the backyard of Russia were also stopped. The people in Odessa, Mariupol, Kharkov, Slavyansk, Donetsk, Lugansk and other parts rose up against the new anti-Russian and pro-American government in Kiev. However, the people who rose had to pay for all of this with their lives in a brutal civil war.

The situation is nowhere near the Ukrainian politicians described it after the Maidan coup. They promised Euro-integration, more jobs, bigger salaries, more democracy (whatever that should’ve meant) etc. The fact of the matter is that Ukraine has become, or better say, has been turned into a failed state. The inflation in the county is off the charts, more and more people are losing their jobs, the corruption levels are the highest since the break of the Soviet Union (and de facto creation of Ukraine), everything is being privatized by foreign companies for almost nothing, and most of the government’s assets are on sale. 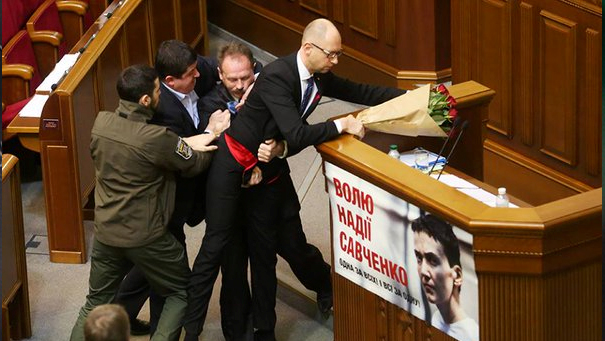 The political life is also tough. A few weeks ago Arseniy Yatsenyuk resigned as Prime Minister. The turmoil, however, is far from over. The internal clashes between the politicians are almost daily. The lawmakers are fighting all of the time in the Rada (the Ukrainian parliament), and the arguments about who’s Ukrainian and who’s not in the government are more than real, with new Ukrainians as former Georgian PM Mikheil Saakashvili being the governor of the Odessa region, US-born Natalie Jaresko as Finance Minister, Khatia Dekanoidze (Georgian) as the National Police Chief, David Sakvarelidze (Georgian) as the Deputy General Prosecutor, Aivaras Abromavicius (Lithuanian) as the Minister of Economy and Trade. Also, it’s funny but most of the ministers and some of the MPs don’t know Ukrainian and have to talk in Russian – the language which they wanted to ban. Even the mayor of Kiev Vitali Klitschko doesn’t speak Ukrainian.

The role of the Oligarchs

The oligarchs in Ukraine, one of which is even the President Petro Poroshenko, are stealing everything the country still has. It’s not by chance that one of the other big oligarchs, Igor Kolomoyski, is the governor of the Dnipropetrovsk region – a key industrial area. And when you add other figures like Victor Pinchuk, Vadim Novinsky Gennadiy Bogolyubov and a few others to the mix, you see that the country is in a hopeless situation. 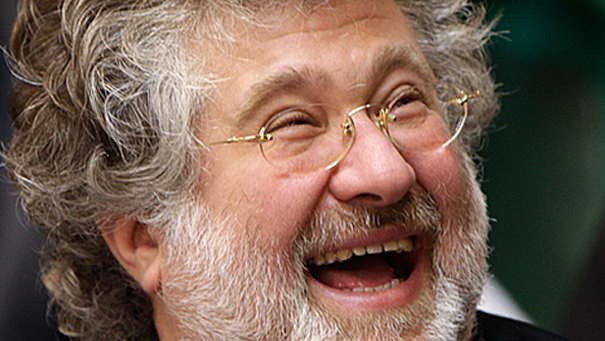 Role of the US and EU

The US is unofficially in charge of Ukraine however they are mainly focused on the foreign policy and privatization. Right after the coup, the son of Vice President Joe Biden joined the board of directors of the largest private gas producer in Ukraine. In the process of privatization, American companies bought whatever they wanted for a box of bananas.

The intention of the US was to execute operation Ukraine and then the EU to pay for all of that. However, the EU didn’t agree with that, and that’s one of the reasons why Ukraine is currently left alone. All of the talks about EU Association agreements and even a possible joining of the EU are history. The people in the Netherlands even had the chance to express their opinion in a referendum in which they said ‘No’ to an association agreement with Ukraine. However, the Dutch parliament didn’t listen to its people and rejected the results of the referendum.

What we should point out is that the EU countries have no interests of accepting Ukraine, nor have any other trade agreements with them. Ukraine is a large producer of agriculture and a free trade deal would only make the western producers lose money.

We should not belittle the fact that the country is de facto still in a civil war. Though there’s a ceasefire agreement, both sides of the conflict are continuing to be a part of sporadic fights. According to one of the latest reports of the OSCE mission, more than 90% of the Ukrainian heavy artillery is not in the places where it should be stored according to the Minsk II agreement. 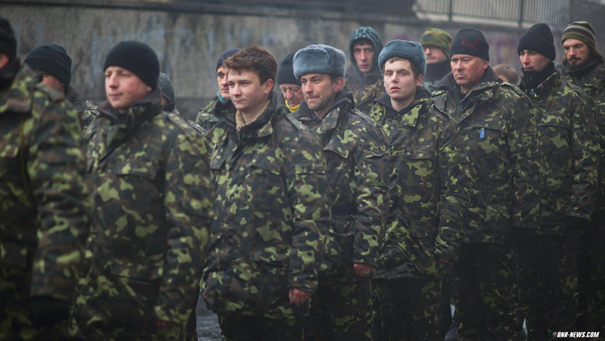 Both the Donetsk and the Lugansk People’s Republics are preparing for the worst – a new active war.

Possible moves in the nearest future

The Ukrainian army will not launch an offensive against the two republics in the East unless someone from the other side of the ocean tells them to do it. The fate of Ukraine mainly lies in the elections in the USA. If Hillary Clinton becomes president, we can definitely expect a resumption of the war in Donbass. It’s unclear what will happen if Trump or Sanders win because it’s uncertain what they would focus on in their foreign policy. Trump is saying that he’ll make sure his relationship with Putin would be good but nobody knows until it actually happens. Sanders, however, is trying to avoid answering these kind of questions, saying that he wants to focus on the internal policy of the US.

When it comes to the government in Kiev, the situation there is unclear. Poroshenko will not hold this pressure much longer and there’s a big chance of collapse. Who could take his place is still a mystery.

What seemed as a defensive and wary position by Russia in the past two years, may turn into a genius plan – leave project Ukraine to deconstruct itself, because it was artificially created.

In conclusion, Ukraine could be described as a tire burning at low intensity poisoning Europe for 2 years now.