Turkey’s military has dangerously escalated the situation around the war in Syria. The Turkish Air Force destroyed the Russian Su-24 bomber without consulting the political leadership of Turkey. Prime Minister Ahmet Davutoglu informed the chief of staff of the Turkish army and stated that it was the downing of Russian aircraft. Ankara has previously warned that any illeged breach of its airspace, that it will resort to the demolition of aircraft that enter into that space. 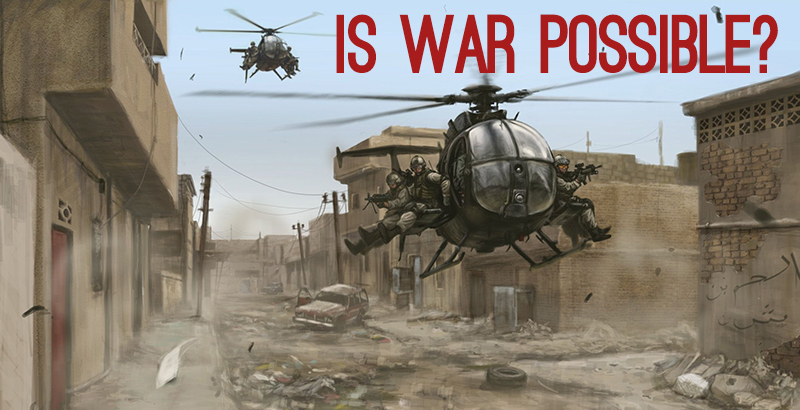 Originally appeared at Stanjestvari, translated by Igor exclusively for SouthFront

So, two Turkish F-16s were in air patrol near the Turkish-Syrian border, a Russian bomber Su-24 was also in action near the Turkish-Syrian border. If it at some point “hooked” into Turkish airspace or not, only the Turkish F-16 fighter that launched the air-to-air missile that hit the Su-24 knows. Moscow argues that the Su-24 was in Syrian airspace when it was hit, Ankara say the plane was struck at the time when he was in the Turkish airspace. But the plane crashed on Syrian territory and Ankara will find it difficult to insist that the Su-24 entered its airspace. In these situations second decide, while the F-16 pilots identified an unknown aircraft, while on exchange of information with his command, he received orders what to do, and while launching the missile, a plane that was in a certain area may have gotten out of it. The competent team of the Turkish Air Force apparently held earlier warnings from the Turkish political leadership to case violation of Turkish airspace, they acted automatically.

Technically this “case” entails many questions. Specifically, on this site at the beginning of the Russian air campaign in Syria, I wrote that the first plane in this war that will be a casualty, would be the Su-24, this was due to a technical malfunction, or be shot down. And it got. This type of aircraft has a variable geometry wings, and because it has technically complicated apparatus and regardless of later modernization it is quite old, limited speed and maneuverability, even when laden with bombs and missiles is a quite easy targets, which hardly can avoided fired missiles. Otherwise, downed Su-24 belonged to a squadron of bombers from bases Khmeimim south of Latakia. When I recently visited this base, I did not notice that any of the Su-24 had a chaff launcher for infrared missiles. However, Su-24 bombers are not coming down to an altitude below 5,000 meters, which is an upper limit for PV-range missiles “altigan”, “Zipkin” FIM-43 and “stinger”.

Statements from Ankara and Moscow agree that the Su-24 shot down from missiles fired from the Turkish fighter F-16s. True, the first reaction of the Ministry of Defense of Russia says that the Su-24 hit the ground, if this is so then it might be said that it must have been the American “Hawk” or “nike Hercules” missiles, which the Turkish EIA has. But Russian President Vladimir Putin confirmed that the Su-24 shot down missiles launched from Turkish fighter F-16s. They could be using AIM-120AB “Amrram”, AIM-95 “sidewinder” or “Sapphire”, or AIM-7E “Sparrow”, depending on the distance of Turkish fighter from the Russian bomber. Apparently, given that there was no a visual contact it is most likely they used AIM-120AB “Amrram” missiles from distance of at least 15 km. The Russian bomber got hit in the lower hemisphere of the hull, which means somewhere right near the engine, which in turn may mean that the targeted missile AIM-95 “sidewinder” with closer spacing. The aircraft caught fire, but did not fall apart, so to speak,it fell to the ground in one piece. On TV recordings there are visible two parachutes, the Su-24 has a crew of two. On TV recordings there can be heard machine-gun fire, meaning that the Syrian rebels shelled the Russian pilots as they descended by parachute. Probably why one pilot was killed.

Why Russian Su-24 didn’t have hunting protection of its Su-30 or Su-27, on assignment in the area where they fly close to Turkish fighter planes? Why wasn’t the a Russian Su-24 not informed that the Turkish F-16s were in the vicinity, and to occupy its position to launch air-to-air? Where was the Russian system of early warning radar, reconnaissance satellites, hunting air patrols? Where was the Russian “AWACS” that goes with it? Russian means of electronic monitoring and surveillance? Was all this predictable? Yes, it is.

Why is Turkey now resorted to the destruction of the Russian Su-24 bombers? Why in general is Ankara now pushing the situation around Syria to provoking Russia? Is not the general context of the situation in this area the struggle against terrorism of the Islamic state? And then in the midst of this Turkey shoots down a Russian plane?

First of all, Turkey is a wholesaler involved in the war in Syria, Ankara helping the Syrian opposition both financially and with weapons, Turkey wants regime change in Damascus. Turkey is holding an open border crossings with Syria for jihad warriors who fight on the side of the Islamic state, through Turkey and the port of Ceyhan it is smuggling oil it buys from the Islamic state, that Turkey buys at a price below 30 dollars per barrel of oil. In the last 48 hours, the Russian air force has bombed oil fields, terminals and tankers of the Islamic state, which is seriously threatened by the trade in oil through Turkey. In addition, Russian planes have helped advancing the forces of Bashar al-Assad to the Syrian-Turkish border, which Ankara does not see fit, because it wants a buffer zone in the area to be freely bombing the Kurds.

What will Russia do now? What will NATO do? Moscow will now choose the time and place for the answer. A range of possible responses is very broad, from military action by Turkish Kurds. Putin made it clear that the Turkish action was a “knife in the back to Russia.” And Putin never forgives betrayal. If I were the Turkish pilots who were shot down a Russian Su-24, I would have immediately change identity, physical description, place of residence and work. For the FSB will find them sooner or later. In the Levant anything can be done for a 1000 euros. So, there will be no great war between Turkey and Russia, because Turkey is a small player in Russia. Neither NATO will not strain relations with Moscow because of Turkey. This is also clear from the reactions from Washington and London …

Tags:military, russia, the us, turkey

Find those turkish moron pilots and shove their arse up!