It is said that the character of a man can often be judged by the company he keeps. This article takes a hard look at the company US presidential front-runners keep with regard to their top aides. What can they tell us about the prospect of peace and stability in the Middle East or elsewhere? 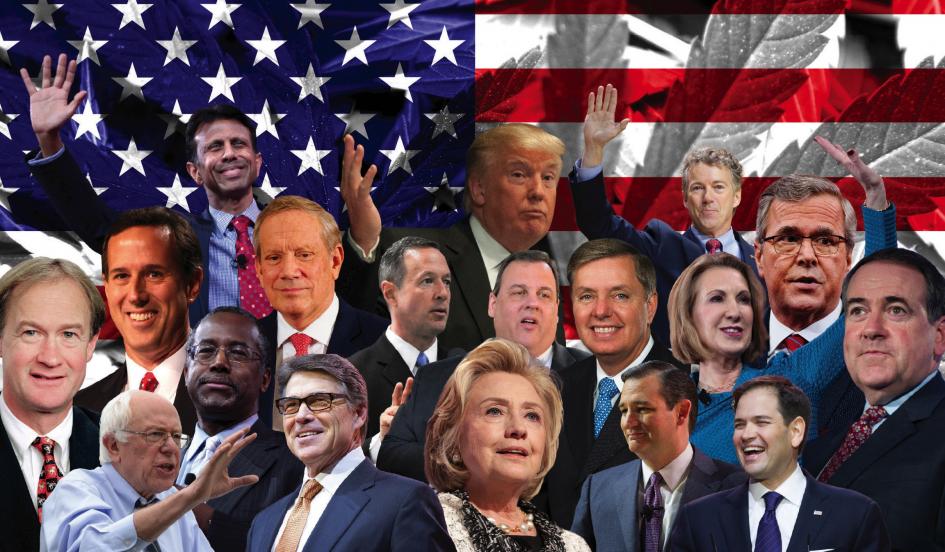 Painted as anti-establishment and friendly toward Russia, Republican front-runner Donald Trump nevertheless embraced Michael Glassner as his Political Director [1].  Glassner was a senior advisor to former presidential candidates Bob Dole and John McCain, both notorious military interventionists.  He was also a Regional Political Director for the American Israel Public Affairs Committee (AIPAC) [2], a highly-influential organization with a long track record of lobbying for military invasions and aggressive sanctions against Israel’s neighbors [3].

Though publicly-distanced by Israel’s Netanyahoo regime over his views on restricting Muslims from immigrating to the US, Trump did campaign for Netanyahoo’s narrow re-election [4], and has claimed:

How will this “loyalty” and “support” for Israel translate into action?  Trump irked many in the US Jewish community with some of his comments at a recent Republican Jewish Coalition forum [6].  Since then, however, he has set a provocative tone for future Middle East relations by publicly-recognizing Jerusalem as the capital of Israel [7].  In another snub to Palestinians contesting Israel’s territorial claims, Trump announced plans to move the US embassy to Jerusalem [8].

Another more ominous signal came last August, when Trump, who has frequently touted his opposition to the US invasion of Iraq, named former top US State Department official John Bolton as one of his top foreign policy advisors, stating: “He’s, you know, a tough cookie, knows what he’s talking about.”  Part of the Bush-Cheney regime, Bolton was a staunch advocate for military invasions of Iraq and Iran. [9]

Does Trump naively assume that an old guard antagonist like Bolton will change his ways and begin recommending more constructive and respectful US foreign policy paths?  Or do war vultures like John Bolton fit with Trump’s political agenda?

Struggling to overtake Trump’s meteoric rise, Republican Ted Cruz is marketed as a limited-government conservative who carries a big stick for beating America’s enemies with.  In language that typically evokes visions of nuclear war, Cruz recently made the following statement during a debate:

“We will carpet bomb [ISIS] into oblivion. I don’t know if sand can glow in the dark, but we’re going to find out.” [10]

Consistent with his inflammatory rhetoric, Cruz has chosen Chad Sweet as his Campaign Chairman.  Sweet is a former US Central Intelligence Agency (CIA) Director of Operations, former Chief of Staff for the US Department of Homeland Security (DHS), and co-founder of The Chertoff Group with Michael Chertoff (himself a former DHS Secretary and Sweet’s former boss).  For his National Security Advisor, Cruz selected Victoria Coates, an advocate of military intervention in Iraq and Syria, and the former Director of Research for war-happy US Secretary of Defense Donald Rumsfeld.  Cruz’s campaign also features policy advisors like spin-doctor James Woolsey, CIA Director under the Clinton regime, Elliot Abrams of Iran-Contra scandal infamy, and the aforementioned John Bolton who was cited by Trump as one of his top advisors. [11]

Neck-and-neck with Cruz is Marco Rubio, whose campaign page features the provocative article, “While Russian Prime Minister Is Declaring a New Cold War, Marco Has a Plan to Counter Russian Aggression”.

Rubio brags: “While Obama and Clinton were trying to appease Russia, Marco has consistently laid out a plan to counter Vladimir Putin’s aggression and prevent increased interference in Europe.” [12]

Rubio intends to, “Develop a plan to oust Bashar al-Assad from power, including ramping up training of Syrian rebels to fight both Assad and ISIS and to establish safe zones within Syria…”, and to, “…coordinate with regional allies to plan for Assad’s fall….” [13]

Across the aisle, Democrat Hillary Clinton is no stranger to inciting foreign conflict.  As a US senator, she voted for the Iraq invasion in 2002, and as Secretary of State for the Obama regime, she urged the US-orchestrated overthrow of the government of Libya.  In a recent debate, Clinton defended her actions:

“We had a murderous dictator, Gadhafi, who had American blood on his hands … threatening to massacre large numbers of the Libyan people. We had our closest allies in Europe burning up the phone lines begging us to help them try to prevent what they saw as a mass genocide, in their words. And we had the Arabs standing by our side saying, ‘We want you to help us deal with Gadhafi.’” [17]

Clinton’s long roster of advisors includes Lee Feinstein, former senior advisor to Madeleine Albright and proponent of the 2003 invasion of Iraq.  Feinstein co-authored a 2004 article claiming, “…The biggest problem with the Bush preemption strategy may be that it does not go far enough.” [18]  He later defended “a duty to prevent” doctrine that rationalized preemptive strikes on foreign nations. [19]

Clinton’s other top foreign policy advisors include her husband, Bill Clinton, and Feinstein’s former boss Madeleine Albright, both renowned for their support of aggressive NATO expansion and aggression, to include the carpet bombing campaign in Yugoslavia. [20]

In addition to their incestuously-chummy pool of advisors, Clinton, Cruz, and Rubio all reportedly share at least one private consulting firm, Beacon Global Strategies (BGS).  This outfit is comprised of a who’s-who of war-keen former US State Department, Department of Defense, and CIA officials like Philippe Reines, Andrew Shapiro, Eric Edelman, Jeremy Bash, and Leon Panetta. [21]

BGS loyalty to the military-industrial cabal is clear: “Drawing on our decades of service in the international security arena, we develop strategies and provide services that enable companies to achieve their business objectives, both in the United States and around the world.” [22]

Fighting tooth-and-nail against the Clinton machine, Bernie Sanders claims to be a peace-loving social progressive.  Unlike the other front-runners, Sanders has yet to clearly identify his foreign policy advisors.  In a recent interview, he mentioned two individuals, but in a subsequent interview mentioned only one, Larry Korb, who denied any involvement with Sanders’ campaign. [23]

As a US senator, Sanders voted occasionally to oppose aggressive warfare.  However, someone must have encouraged him to vote twice in 1998 for the overthrow of Saddam Hussein’s Iraq regime, vote in favor of granting then-president Bill Clinton the power to wage war against Serbia, and finally vote to give then-president George Bush near-blanket authority to wage war against “terrorists” anywhere in the world. [24]

One of his top congressional aides resigned in frustration, citing Sanders’ unethical support for the US bombing campaign in Yugoslavia.  From his resignation notice to Sanders:

“The House Resolution (S Con Res 21) of 4/29/99 which ‘authorizes the president of the United States to conduct military air operations and missile strikes in cooperation with the United States NATO allies against the Federal Republic of Yugoslavia’ supports not only the current air war but also its unlimited escalation. It thereby authorizes the commission of war crimes, even of genocide. Indeed, the very day after that vote, the Pentagon announced that it would begin ‘area bombing,’ which the Washington Post (4/30/99) characterized as ‘dropping unguided weapons from B-52 bombers in an imprecise technique that resulted in large-scale civilian casualties in World War II and the Vietnam War.’  It was your vote in support of this resolution that precipitated my decision that my conscience required me to resign from your staff.” [25]

If only Sanders had listened to this particular aide’s concerns more closely.  Better yet, if only this aide were running instead of Sanders.

Sanders also co-sponsored senate resolution 85 in 2011 which, “…Urges the United Nations Security Council to take such further action as may be necessary to protect civilians in Libya from attack, including the possible imposition of a no-fly zone over Libyan territory…” [26]  More recently, Sanders voted to fund military budgets for the Iraq and Afghanistan occupations, as well as $1 billion in aid to the Ukrainian regime — antagonistically propped up by the US and NATO. [27]

While carcass candidates dance around life-and-death issues, the familiar flock of war vultures circle coolly overhead.  Campaign promises notwithstanding, those who whisper in the ears of America’s front-runners are overwhelmingly united in further destabilizing and exploiting the Middle East.

Nation-states seeking sovereignty, independence, and equitable relationships with their neighbors may need to look to themselves for the leadership, strategy, and means to effectively resist a militaristic global tyranny.  When looking to the US, it is prudent to consider what an unidentified Irishman purportedly observed decades ago: “…You can depend on Americans to do the right thing when they have exhausted every other possibility.” [28]

Globalism is a Zionist-supremacist ideology. Time from the Biblical Nationalism to return. Peace to all peoples through mutual respect. http://www.dailystormer.com/