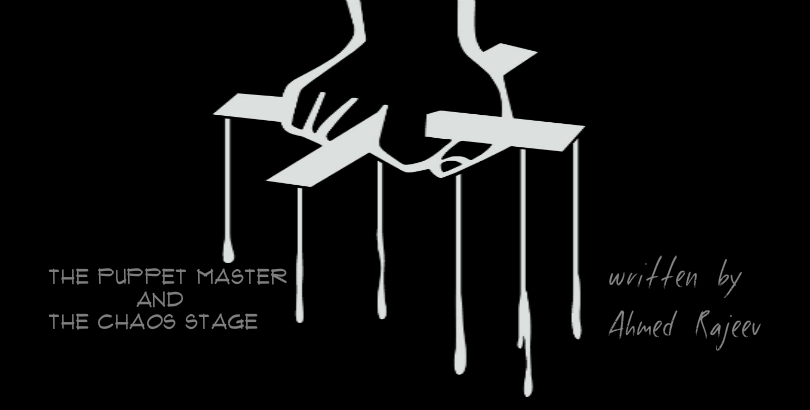 Written by Ahmed Rajeev exclusively for SouthFront. He is an executive editor of bangla.hunternews.ru.

If we look at the Arab world, the West is tactfully destroying the social fabric of Arabian society. The destroyed social fabrics of the Middle East, helped the West to enter physically deep into the civilization to generate more chaos so that the traditional or ‘conservative attitude’ of the Arabs can disappear. The Western power knew that their propaganda of ‘Democracy’ which was intent to install a favored govt, was the only direct way to replace conservative philosophy with the liberal philosophies to contain the world’s most efficient energy source Middle East. They tried but failed to do that in Middle East because of their numerous past engagements in Middle East war and unconditional supports for the Israel.  So, they come up with an alternative idea to contain Middle East through chaos and divisions.  Since the economic structural crisis of the world that appeared in 2008-2009, the West began to pave its ways of retreat from the center stage with an intention to control the whole world stage from a position behind the curtain. The West introduced their so called Arab Spring.  The Arab spring was engineered and executed to form long lasting political divisions between various ideological groups in the Middle East. Those groups were armed and trained by the West and its Middle East allies to manufacture and export chaos throughout the Middle East and beyond. ISIL is one of them.

Divide and Rule is a historically efficient policy for a retreating empire. We saw it in Africa during its colonial and post-colonial period. We saw how Mongols retreated with that policy by installing Central Asian Muslims into China and brought Chinese into central Asia. Roman Empire in Europe divided Macedonia into four republics that were heavily restricted from relations with one another and other Hellenic states. British-French-Russia dealt The Sykes-Picot Agreement for the divisions of Middle East. We saw, British and French backed various Indian states in conflicts between each other, both as a means of undermining each other’s influence and consolidating their authority. Later the retreating British Empire divided the Indian peninsula into India and Pakistan based on religion and turned them into regional enemy.

The retreating West in the Middle East has updated the Divide and Rule doctrine into a policy of Chaos and Rule which is being executed from a position behind the curtain.  Since the world is more connected physically and through technological advancements, a power full economic system like the West can control and use regional and International clashes and disputes in favor of their interests. If West can create disruption, chaos and divisions into far away civilization, the West will be the most beneficiary from every aspect for its long practice of imperialism.  More divisions into a society will bring more chaos into the region. More regional chaos will lead the regional leaders towards the dependency on the West. More dependency on the West means more opportunity to exploit Middle East from a position of behind the curtain. And very safely, an indirect but full control over Middle East will not bring domestic rebellion into the Western world. Since the head of state will not be bothered to show accountability to its citizens for it’s behind the curtain actions, it will claim to its citizen that the West will be remained the master of the puppets, and all Western citizens must feel proud of that safest Chaos Theory.

“Israel” is itself an instance of divide and rule. There are other U.S. motives as well, of course.

History will always proceed in “cannibalistic” fashion as long as the means of production social in substance but privately owned, as long as labor-power is a commodity to be bought and sold, as long as society is divided between the rich and the poor. Ah! I know what to do! Let’s organize to overthrow and destroy the bourgeois state power, and institute the dictatorship of the proletariat. Then we will expropriate the means of production and transform them into social property, and abolish the market sale of labor-power, thus to move to the new and better society of revolutionary socialism.

I disagree: the Middle East is a semi-colonial scenario that has been, like Africa, Latin America and much of Asia, carefully divided since day one of the so-called decolonization process. No further division is needed. What happens is that there is a clash of empires, a proxy imperialist war in that key scenario and that’s why the DAESH has been “parachuted” in the midst of states whose governments may have neutralist, pro-Russian or pro-Chinese tendencies, not just Syria and Iraq, but also recently Mali, Nigeria (which is leaning to the BRICS), etc.

Another not a bit less important intent with the promotion of Islamism is to create a puppet enemy, one that can never get out of the Muslim ghetto, and that can be used almost at whim to create scares that enable increased authoritarianism inside the West itself: a perpetual emergency state like the one the USA has since 2001 and that is now being implemented in France as well. It also aims to divide the working class along ethnic or religious lines and that’s why both immigration and fear/hatred to the immigrant are being promoted at the same time. That way the worker class becomes many sub-groups that can be pitted against each other, divide et impera.

As for destroying the social fabric, understood as Medieval traditions, that’s what Capitalism does invariably, also in the West, Japan, China, etc. Read the “Anti-Oedipus”, please. Marx called it “progress” but Deleuze and Guattari call it “decoding” by means of systematic corruption. Capitalism is mafia and corruption and Medievalist reaction is powerless in the mid-run: the decoding is here to stay and deepen, there’s no way back, although of course some will try.

Another thing is where is the way forward, not back to Medievalism (which was not better anyhow), but to a new post-Capitalist, Humanist, society.

“… the West is tactfully destroying the social fabric of Arabian society”.

I say it’s not “the West”, it’s Capitalism, no matter where it has its seat on: in NYC, Beijing or Riyadh. There’s a tendency to confuse both things: ethno-historical region and socio-economical system, they do have some vehicular connection but there’s no doubt that the West can exist without Capitalism (ask Marx, a Westerner himself) and that Capitalism can exist without the West (ask Tata or Mittal for instance, not to mention the Bin Laden mega-rich bourgeois family, part of the wider Saudi bourgeoisie).

Later on, by the end of the article, Mr. Rajeev implies that the West (i.e. the US-NATO quasi-empire) is trying to divide even more what is already divided. I believe he doesn’t really get the point: NATO is trying not so much to divide as to destroy, exactly as it did in Vietnam: leaving the country so destroyed that it could not serve as reference for its neighbors, quelling the possible domino effect. In this case it’s not anymore socialism what is under attack: it is secularism and tolerance itself.

This brings us full circle: the West is not really destroying Arab values, it is using some of them to destroy “Western” values in the Arab World, probably because they threaten with developing the region semi-autonomously. The West as empire (surely not as real people, as real societies, but as the powers that effectively control it, i.e. the great bourgeoisie) seems to be happier with traditional values in the semi-colonies: fanatic Saudia is preferred to secular Iraq, DAESH to the so-called “Damascus regime”, etc. The Western Empire wants fanatics, ultra-traditionalists ready to kill and die for “traditions” and against “Western” values (secularism, tolerance, democracy – for real, not just rhetorical) that may help the Arab World to move forward and become more independent and self-sufficient.

So I don’t think we are in agreement, at least not in any obvious way.

OK, if you like to put it that way. I still can’t see so much difference between ‘divide and rule’ and ‘divide and destroy’ but, anyway …

And, more importantly, the West is not “destroying” Arab values: it is “restoring” them in their most extremist possible variation (with the Sauds, Al Qaeda and DAESH, as well as Qatar, Morocco, etc.) and not allowing Arabs (and others) to evolve at their own path to their own goals, which are ironically “Westernizing”. “The West” (The Empire) is blocking and retarding the “Westernization” of the Arab World, favoring reaction instead, because they don’t want social progress even in the West, much less in the colonies.

Capitalism = private property of the production means, or more generically lack of control of the working class of their production (alienation). Usury does exist but it’s a side effect and mostly specific of a degraded version of Capitalism: the financierist one.