“Turkey has made a big mistake but it’s more interesting who was standing behind them.” 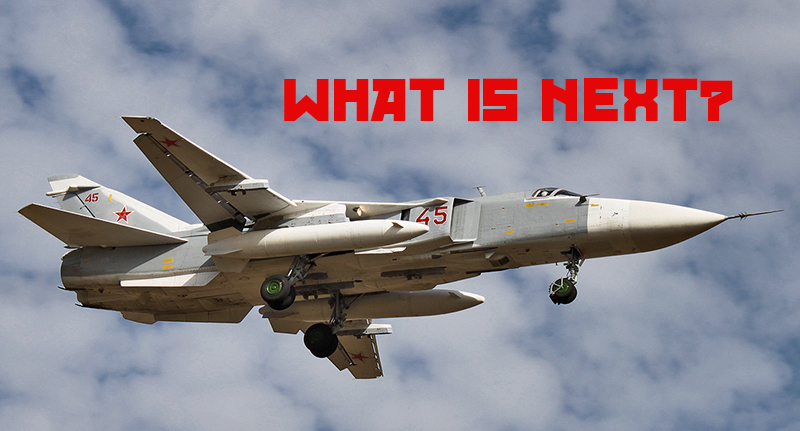 The downing of the Russian SU-24 frontline bomber by a Turkish F-16 made everybody ask several important questions. Some of the people focused on the incident itself, some were wiser and asked who’s interested in this.
Let’s first take the incident itself for some background. Russian bombers were doing their routine attacks on terrorist targets northern of Latakia near the Turkish border. One of the jets was accused of “violating the Turkish airspace” and was taken down by a Turkish F-16. According to the Turkish documents presented to the UN, the plane had violated the Turkish airspace for 17 seconds, and in this interval it was warned 10 times by the Turkish forces. 10 warning in 17 seconds is worth a mention in Guinness World Records Book, because it’s absolutely impossible to do it. The plane itself was taken down in the Syrian airspace which is an absolute war crime, the pilots ejected from the plane and right away were being shot at from the ground. As a result one of them died, the other one got out alive, but in one of the rescue operations a Russian helicopter Mi-8 was destroyed by a US-made rocket, and a Russian Marine died.

Of course these actions caused outrage in Russia. President Vladimir Putin called them “stabbing in the back” but while all the media around the world were focusing on this phrase, he said some interesting things. He directly accused Ankara in supporting ISIS and the other terrorist groups in Syria. For those who’re following the Syrian conflict know that ISIS is being directly supported by Turkey since the beginning, whether it’s about weapons, ammunition, logistics, finance etc. We can safely say that the masks are starting to fall down, slowly but surely. While on the G-20 summit, Putin said that some of the countries on the summit are supporting the terrorists in Syria, now, he directly pointed the finger at Turkey.

It’s clear that the cooperation between Russia and Turkey is history. Turkish stream, major nuclear plants, tourism and many other projects are now going to be canceled. Russia will impose sanctions in order to show that Turkey messed with the wrong country.

Another interesting thing was Erdogan’s reaction. He didn’t try to explain that it was a mistake, a technical problem, miscommunication or anything like that, he defended the actions of the Turkish army, saying that Turkey has all the rights to defend its territory, and that if Russia sends its bombers again, they’ll be taken down. A big mistake. Erdogan is trying to show that Turkey is a great power, and that the other countries should play their game. Turkey is not the mighty Ottoman Empire, though Erdogan is trying to act as the sultan. It’s just a regional power that thinks it can act as the boss, just like when the little puppies bark at the big dogs. Just like puppy, Turkey can get crushed by the big dog (or bear). While Erdogan tried to hide behind NATO, the countries of the alliance stayed quiet, showing that they’re not supporting Turkey’s actions and will not help them. Another big hit for Erdogan and his government. 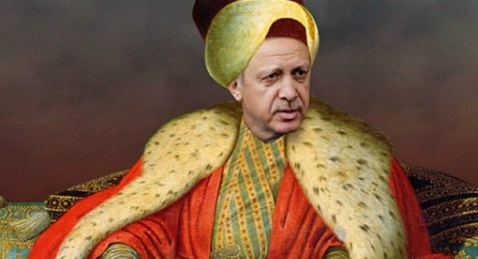 But as I pointed out in the beginning, the wiser people asked the question – “Who’s interested in this situation?”

It may sound strange after all the accusations but Turkey has absolutely no interest in breaking its relationship with Russia. Russia is a huge market for Turkey, and they have traded well enough in the past 10-15 years. Exactly this relationship was intimidating for some of the elites in the United States. We can make the comparison with the relationship between Germany and Russia, which just had to be broken up in some way, and “operation Ukraine” took place. We’re witnessing the same game, played over and over again. Does Turkey, and more specifically the people around Erdogan, have a finger in it – yes, of course. But that doesn’t mean they have interest in it.
Sure, Turkey and Russia have their disagreements when it comes down to Syria and the rest of the Middle East. Ankara has no interest in modern Syria, and are trying everything possible to support the groups who’re fighting against Assad. Also, the Kurds who want independence have always been a big problem for Turkey which creates further tensions.

Here is good to mention and clarify a thing or two about the Islamic State and the other terrorist organizations operating in Syria and Iraq. Those organizations cannot live a day without Turkey’s military and logistics support, and Saudi Arabia and Qatar’s money. All of their communication goes through satellites. It’s obvious that the militants from Al-Raqqah don’t have satellites, so obviously someone helps them. Nevertheless, their whole financial operations go through the world banking system which is being controlled by who – The United States. This is enough to get an idea who’s behind ISIS and has no intentions to fight it.

What could we predict to happen in the near future?

It’s interesting to see Russia’s answer. We’re seeing that they’ll stop the tourists flow, the visa-free regime and some of their major project with Turkey, but would that be everything?

We saw that they deployed their S-400 systems in Syria, making a no-fly zone over Syria, also the cruiser “Moskva” is ready to support the Russian troops if they’re in danger.

One of Russia’s top experts Semyon Bagdasarov suggested arming and cooperating with the Kurds and the Armenians. This would create inside problems for Turkey which could mean the end of Erdogan’s ideas of Turkey as a great world power.

The leader of LDPR Vladimir Zhirinovsky, known for his “love” towards Turkey, suggested that military actions should be taken against the country. He said that if the provocations continue, Russia should nuke Bosphorus and destroy the whole city. While this might sound radical and absurd, Zhirinovsky doesn’t say it without any thoughts. He generally speaks for the Industrial Military Complex sphere in Russia which can have those intentions. 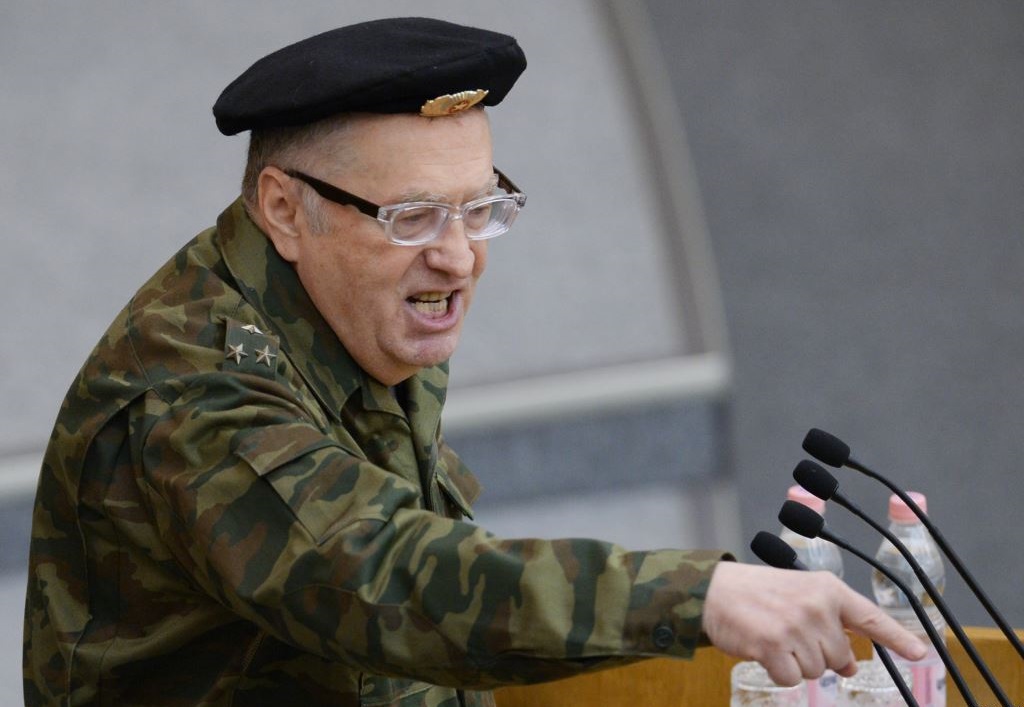 There are signs that Turkey will continue with the provocations and support the terrorists who are having a hard time right now. The main intentions of the Syrian army is to capture the territories around the border with Turkey in order to stop Ankara’s support. There are already news coming out that Turkey is starting to shell the Syrian forces which will determine Russia’s actions in the near future.

The next few weeks will be crucial for the development of the conflict.

The polite way to do things is to provide a humanitarian corridor, like they did in Libya.

Europe-West and Turkey are vassals of the United States and have to work against their interests and against ourselves, and that’s unfortunate. Europe and Turkey are behind ISIS Deash and it is a war crime against humanity, in addition to the threat to civilization. Russia’s providence which always defend civilization from the axis of evil, and it is salvation without which civilization disappeared. It should be noted that in addition to this series of genocide in the Middle East, Europe, the US, Turkey, Israel, Saudi Arabia, Qatar, Bahrain killed moral civilization in this part of the world is morally dead, then this country are clear axis of evil.

I would say that the EU and NATO are our vassal states (US). They don’t make a move w/o us. We are Zionist controlled, our government anyway, and the rest do our bidding. Turkey is just the one left holding the bag. They are about to be thrown under the bus so the rest of the cartel can claim innocent surprise. How the European nations can let us(US), lead them up to war in their own continent astounds me. The US GOV doesn’t care if Europe is destroyed by war’ it’s their land.