An independent opinion on the ongoing crisis in the Saudi-Iranian relations. 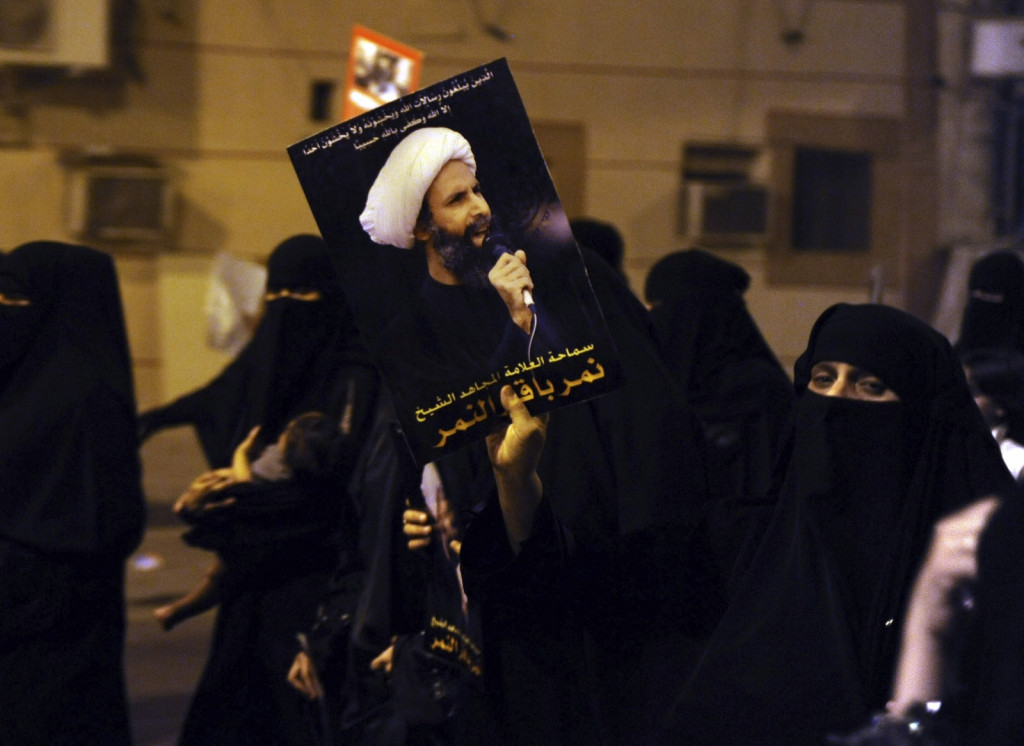 Saudi Arabia executed the top level Shiite leader Sheikh Nimr. It is not only the carriage of justice as declared by the House of Saud. It is more than that. It is a provocation designed to reclaim Western power share in Middle East geopolitics.

Sheikh Nimr al-Nimr was one of Saudi Arabia’s most respected Shiite clerics. He was a leader of the Qatif Shiite community. He called for social justice, political and civil liberties, which he considered were not prevailing in the Saudi Arabian state apparatus. He appeared rebellious to the House of Saud. He was the main voice for the victims of Saudi oppression in the Eastern Province of the Shiite region. He was bold in the face of threats of violent persecution by the Saudi authorities. His valor radiated throughout the Saudi Kingdom and the Shiite community of the world. So, the House of Saud considered him a threat to their power and finally Saudi police captured him wounded in 2012. Sheikh Nimr appeared as a negotiating tool with Iran, since Sheikh Nimr was religiously connected with its Shiite state philosophy. The House of Saud claimed that he was an Iranian instrument.  So, the retreating West knew that Sheikh Nimr’s execution would bring more violence to the Middle Eastern religious and tribal divisions. And the West desperately wants such escalation to fight the alternative bloc activities in the region.

After the failure of the Western-Turkish plot, the West is now leaning more towards the House of Saud to achieve the collective regional goal. The House of Saud is one of the most trusted allies of the West in the Middle East.  To contain the gradual increase of Iran’s regional influence, the West now prefers Saudi Arabia. Saudi Arabia has more religious and political influence in that region and beyond than Israel and Turkey combined. Since Saudi Arabia is rich in wealth, it can buy weapons from the West and Israel for its proxy forces. Recently, Israel and USA have been selling modern military equipment to Saudi Arabia. We saw from online reporting that the Saudi military has been using those weapons against Yemen. Many Syrian factions are getting funds and weapons from Saudi Arabia as well.

Proxy and civil wars are now spreading in the Middle East like a plague. Regional powers such as Israel, Turkey, Saudi Arabia and Iran are playing the regional roles of the proxy wars by supporting many militia factions. On the other hand the West and the Russia-china bloc are playing on the international level by supporting their regional partners diplomatically, politically and militarily. Last year, we saw many gruesome but breakthrough events took place on the geopolitical stage of the Middle East. Now, with the opening of the Christian New Year, the crisis of the Middle East promises more spilled-blood on Arabian soil.

So, the Sheikh Nimr killing project was aimed at maximizing the conflicts between Shiites and Sunnis in the Middle East and beyond. In such cases, the Sunni world will be in total support of the West and on the the other side the Russia-China bloc will continue its support of the Shiites. This intra-religious conflict will have less effect in the non-Arab Muslim populated Asian countries since they have other means of maintaining the social fabric. But it will create significant cultural divisions which might lead to a future bloodbath. The ideological polarization and its consequent violence within the Muslim community will be more visible.

The retreating West has been planting political mines throughout the world since the structural crisis occurred. We saw such things when the British Empire was about to fall. They planted political mines by amplifying religious and linguistic divisions within  long-standing civilizations. We can see it now on a possibly larger scale. The whole Middle East is now a political minefield.  The Middle-East mines are exploding gradually since the Russia-China bloc has started treading on the field. After the Russian appearance on the Middle Eastern stage, these political mines are being exposed. These mines also exposed the Western geopolitical plot of heinous oppression at the regional level. Such Western design, to contain the Middle East by containing Iran, paved the way for the exploitation of Shiites in the region. The Wahhabi doctrine promoted by Saudi Arabia and the West destroys multicultural stability in the region. The core intention is to divide Arab land into as many pieces as possible in order to take full but indirect control of trade routes, oil resources and energy supply lines.

Since the West will try to increase and escalate the violence in the Middle East, it is high time for the alternative bloc to create a power balance by further empowering Iran. The mutual and strategic partnership between China, Iran and Russia can play a vital role for future trade and geopolitics in the Middle-East and beyond. But to play a long lasting role in a Middle East peace and stability process, it is high time for Iran to arm itself with nuclear weapons. Only a nuclear armed Iran, by creating a power balance in the region, can put an end to the present Middle-East crisis.  A nuclear powered Iran can create a power-platform from where peace and stability can be easily promoted.  So, a well-founded, powerful, stable, political and diplomatic platform – centered on Iran – can be a midpoint for the Grand Eurasian Union trade route.