The US regime is using the “soft” variations of Monroe neo-doctrine, taking advantage of the new political situation in Latin America. 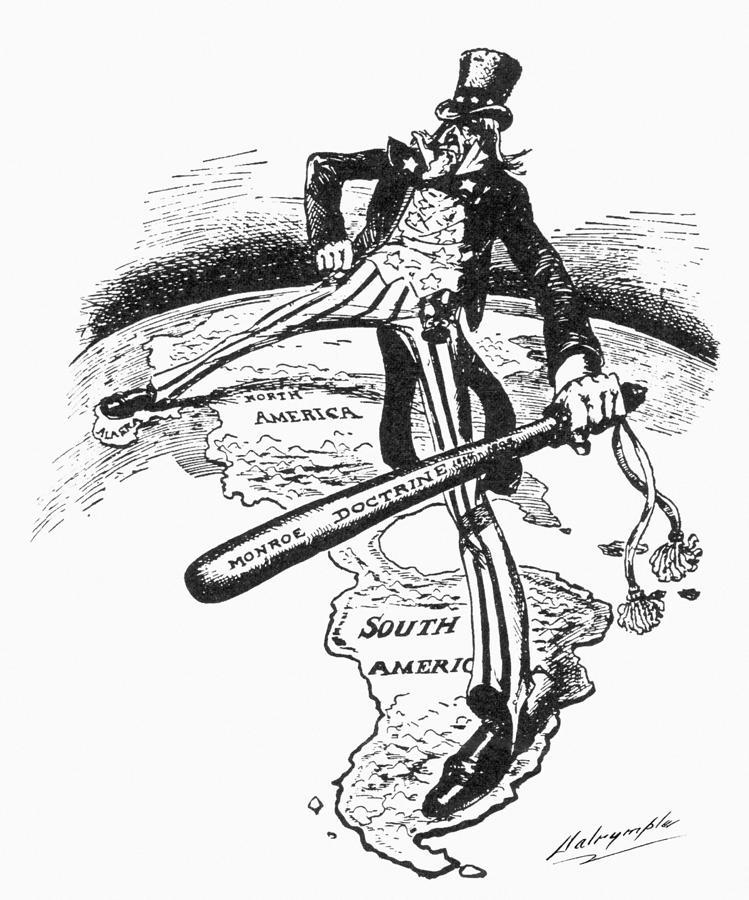 Published in lahaine.org, translated by Lisbeth Mechter exclusively for SouthFront

For over five years, the US government has been trying to convince the Latin American and Caribbean public opinion that “Monroe doctrine era is over” and that the US and Latin America are now partners with equal rights as the Secretary of State, John Kerry announced in 2013 and it was then confirmed by Barack Obama on 2015 in the Civil Society Forum where he declared that his nation can’t “intervene with impunity” in the continent anymore.

However, those “past days” have been restored by the author of the cited phrase, Barack Obama, who brought the old Monroe doctrine back to life and adopted it to get rid of all the progressive governments in the continent without the need of a military intervention.

Considering the current level of globalization that confirmed the role of Latin American countries as mere extractors and exporters of natural resources in the World’s Economic System, Wall Street’s and the World Financial System’s manipulation is enough to bring any Latin American country to their knees and put an end to progress and populism. As it was said by the recently elected president of Peru, Pedro Pablo Kuczynski, who will start his service on July 28th, “what people need are not ideas and promises, they need bills” (money).

Precisely that “lack of bills for the Latin American people”, was launched by the US Department of State under the direction of Hillary Clinton (2009-2013) that, took advantage of the world’s economic crisis that led to the drastic decrease of the price of raw materials that cracked Latin American economies.

That disposition was immediately accepted by the globalized media, both North American and international ones, especially the Latin American media serving them, that intensified the information war against the progressive governments in the region, accusing them of corruption and incapability to offer the promised welfare to their people. 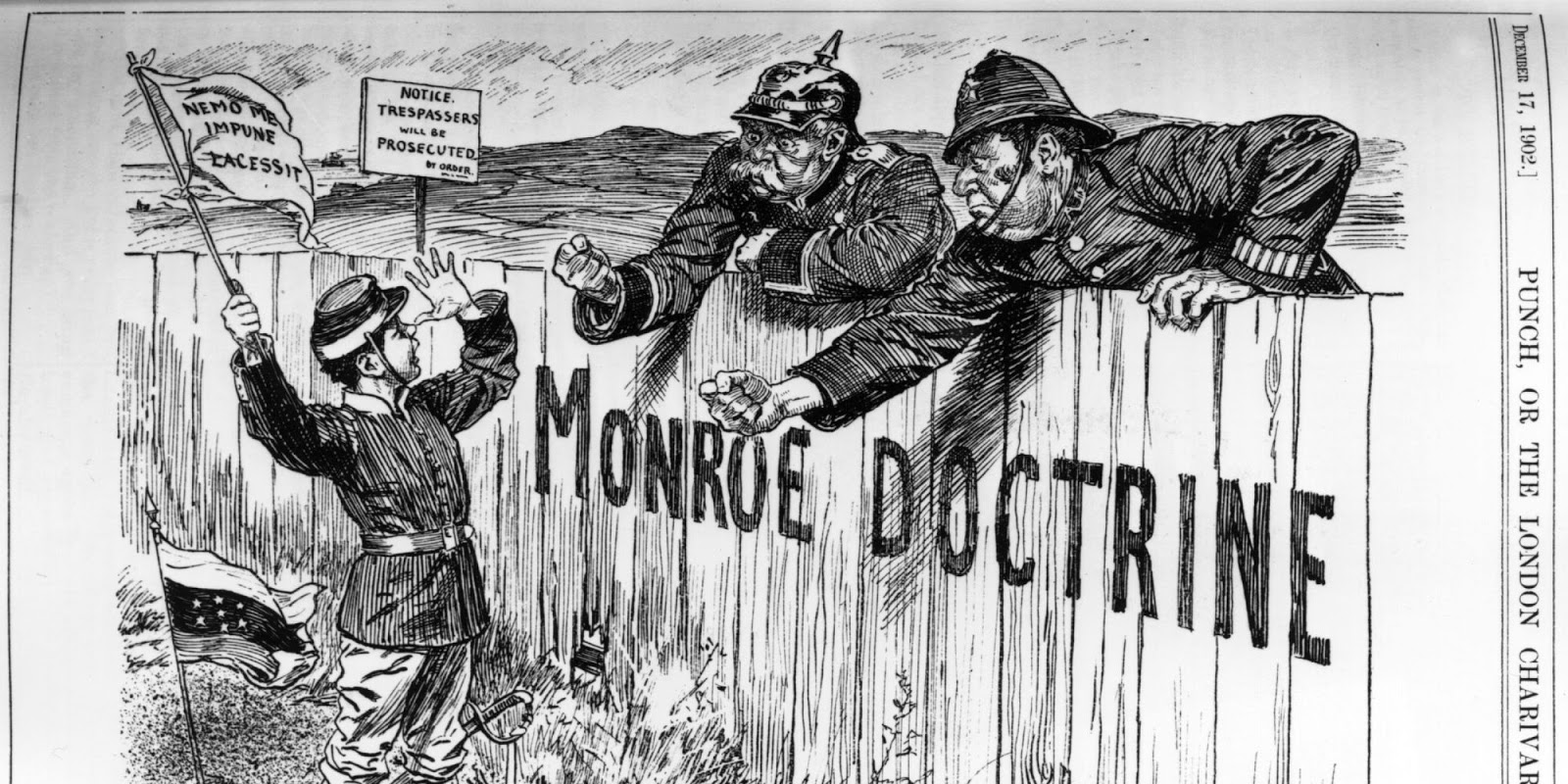 In this context, the government of Barack Obama is using the “soft” variation of the Monroe neo-doctrine, taking advantage of the new political situation in Latin America, according to The New York Times, due to the “loss of popularity of left-wing governments”. This newspaper affirms that “the change in the political panorama opened the door for a new generation of leaders to define a different speech for Latin America. This offers a big opportunity to the US for restarting the relationships with some neighbors who have historically considered Washington as the imperial intervention”.

What The New York Times is not willing to accept, as the rest of globalized media, is that “the change in the political panorama of Latin America” was prompted, precisely, by the North American government by means of “inner and outer aggression” as Evo Morales (President of Bolivia) denounced. This operation has been directed and funded by Washington to discredit, weaken, destabilize and try to depose the presidents of the progressive countries, legitimately elected, like Cristina Fernández in Argentina, Dilma Rousseff in Brazil, Nicolás Maduro in Venezuela, Rafael Correa in Ecuador, Daniel Ortega in Nicaragua and Evo Morales in Bolivia.

The attempts of these “soft” coups were rehearsed without the expected success in Bolivia in 2008, in Ecuador in 2010, Venezuela in 2002, 2014-2015. The main pattern for the coup took place in Honduras, where the president Manuel Zelaya, after promoting a referendum in favor of the most needed ones, was arrested by the militaries and then taken to Costa Rica. Immediately after this intervention, the Parliament of Honduras passed a resolution in regards to Manuel Zelaya resignation, declaring with Washington’s approval, Roberto Micheletti, president of the Congress, as the new chief of the government. After that, they organized new presidential elections and elected in 2010 as the new president of the country, Porfirio Lobo, a man of Washington once again.

As simple as that, Hillary Clinton, who organized that “soft” coup d’état  through a man of her trust, Lanny Davis of Trident DMG, sent a message to Latin America indicating that Washington will always defend the interests of its transnationals and, as they always say, they will always act to protect their national security inventing threats and dangers that have never actually existed. These new kinds of coups to substitute populist or progressive presidents have been called “constitutional changes”.

Three years later, in 2012, the president of Paraguay, Fernando Lugo, who was an ex-catholic priest, follower of the Theology of Liberation, suffered a “constitutional strike” violating the constitutional order also with the sponsorship of the US Department of State.

The North American journalist Wyne Madsen wrote in “Intrepid Report” that the “Neo-fascist Mauricio Macri” (President of Argentina), protected by the US, defeated Daniel Scioli in the elections with “votes blurred by reports of electoral fraud in Buenos Aires”. Immediately after, he adopted a drastic neoliberal policy of structural adjustment, the implantation of high prices of services and the reduction of social programs.

It’s also widely known  the intervention of the US in the elections of the National Assembly of Venezuela where, the far-right opposition won the majority with the open support of the enterprise of Clinton’s clan Greenberg Carville Shrum, besides the donations of the foundations run by Álvaro Uribe (Colombia’s far right ex-president), José María Aznar (ex-chief of the Spanish government) and the Venezuelan dissidents living in Miami.

During the referendum in Bolivia, celebrated on February this same year, in which Evo Morales lost, many NGOs, George Soros’ Open Society Institute and the US Agency for International Development (USAID), used virtual technology to negatively inform the Bolivian public opinion.

In Ecuador, the president Rafael Correa declared some time ago that “negative information campaigns are part of the new Plan Cóndor. There’s funding for opposition groups, there are coordinated strategies, social networks and alleged analysts and investigators to generate chaos and scandal”.

The Brazilian opposition received a big economic and moral support from the Albright Stonebridge Group Foundation of the ex-Secretary of State Madeleine Albright (1997-2001) to depose the legitimately elected president Dilma Rousseff. Albright became sadly known when she declared that the death of 500 000 Iraqi children in the US-Iraq conflict was a “price worth to be paid”. Hillary Clinton has always been her follower and fanatic.

The Brazilian opposition leaders were permanently asking Washington how to continue with the president destitution. The White House didn’t mind about the participation of most of the coup-prompters on corruption issues. The only thing that mattered was to put an end to Lula da Silva and Rousseff’s populism to assure the access of North American transnationals to the recently discovered 100 000 million barrels of oil in Brazil. 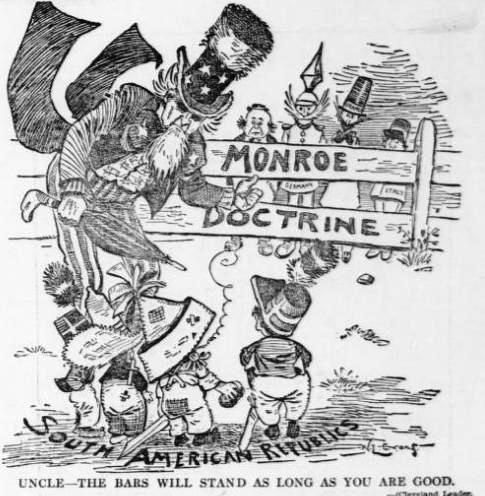 Monroe neo-doctrine, incorporated by Barack Obama for Latin America, also has its hard military face, that was defined by the ex-chief of the Southern Commando, General John F. Kelly (2012-January 2016), in the following terms: “The US has new threats in Latin America, like drug smuggling, terrorism, migration, humanitarian aid and the protection of natural resources. All this justifies the intervention of the Pentagon anywhere”. According to this official, Honduras, El Salvador and Guatemala are close to the category of failed states that are not capable of governing themselves; therefore they need help from the US. For the North American leaders, this “help” can’t be other than the installation of military bases.

It’s believed that, currently, the Pentagon has over 70 known military bases in Latin America and no less than 20 other clandestine ones, especially in Amazonia. Brazil and Venezuela are basically surrounded by these US military facilities. Nowadays the president of Argentina, Mauricio Macri, is negotiating the installation of two North American military bases in strategic zones of big importance in Argentina.  One of them will be built in the Southern province of Tierra de Fuego to support “scientific missions” in Antarctica, as it was announced by the chief of state. However, it’s widely known that foreign military bases have nothing to do with scientific tasks, but they are related to the geo-strategic and geo-economic control of the zone of interest.

The other base will be installed in the Triple Frontier (Argentina, Paraguay, Brazil), where one of the biggest reserves of water in the world is located, Acuífero Guaraní (Water Reserve Guaraní). Both Néstor Kirchner and Cristina Fernández (former presidents of Argentina) never allowed the installation of US bases in their territory.

Now, new times are running in Latin America where the elites are getting to dominate the “ignorant masses”, quoting James Traub of the Council of Foreign Relationships (CFR), who once called the elites to start an “uprising against the ignorant masses”, in mere application to the Monroe neo-doctrine.

After trying to dismantle the progressive governments, the globalizers willtry to disintegrate the MERCOSUR, UNASUR, CELAC, CARICOM and ALBA. To accomplish their goals, the “illuminated” globalizers will always find politicians willing to be their servants, as it was Peru’s ex-president Alan García, who launched in 2010 the North American idea (as if it was his) that “we must not grow up towards the insides, as they dreamt in Pacto Andino (Andean Pact) and MERCOSUR (Commercial Market of the South). We have to create the block to grow up towards the outsides”, García claimed when disclosing that he wanted to be remembrd by history as one of the promoters of Alianza del Pacífico (PA-Pacific Alliance). In fact, the ex-president of Peru was one of the prompters of PA by request of the US, but he wasn’t its creator because PA was another of Washington’s works to enhance the creation of TTP to halt the commercial advance of China both in Latin America and Oceania.

This is how Monroe neo-doctrine works, combining both soft and brutal forces to protect and expand North American interests in Latin America, making their lost and badly-informed “sons” return little by little to their “backyard”.

Tags:geopolitics, Latin America, politics, the us