A critical look at the situation in Venezuela 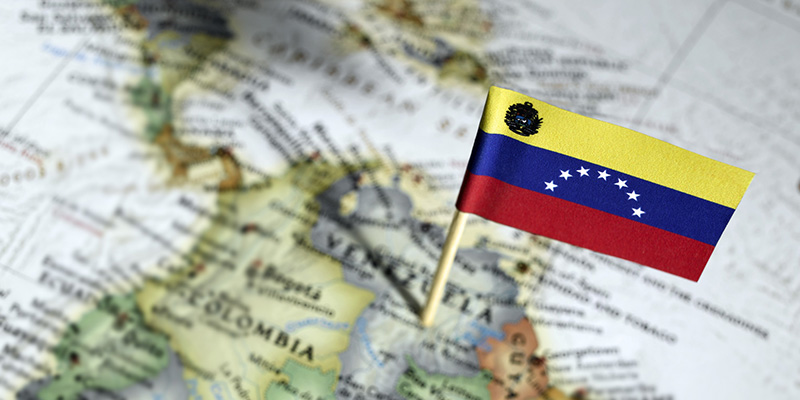 After 15 years of Chavism -under Hugo Chavez and now under Nicolas Maduro – Venezuela is dying. The country holding the largest proven oil reserves on the planet is now a nation in deep social crisis. Violence causes on average 65 deaths a day and only last year, 25,000 Venezuelans were murdered. It is a number greater than Iraq. Institutionally, Chavism has co-opted the legislature and the judiciary, as well as equip the entire state machine and repeatedly trying to silence the opposition.

The problems of the economic order are also very serious. The management of government competence haywires inflation, devastating the industry and annihilating the creaton of jobs. The Venezuelan people still face constant shortages of basic products – such as flour, oil and toilet paper. The exchange in the country is controlled and access to foreign exchange is limited, hampering the import companies and industries that need inputs.

Chavism lost for the first time the legislative majority. The MUD (Democratic Unity Table) elected 112 deputies, which allows them to have a qualified majority, repeal laws, among other duties. This is a tremendous blow to the Maduro government, which appears as the “responsible figure” or the “general defeat.” But it is a blow to all the ruling apparatus of the PSUV (United Socialist Party of Venezuela).

A right turns or protest vote?

The percentage of participation in the legislative elections was far more superior to the traditional 40% that in the case of presidential elections is approximately 20%. Although the vote on the MUD has a foothold in the traditional and pro-opposition middle class, more than two million new votes were capitalized from popular sectors.

This time, the so-called “punishment vote” wasn’t in favor of the positions of the  traditional Venezuelan right. On the campaign trail the MUD didn’t present proposals to end the damagogue, for example; but demagogic speeches as “we keep what has been done well,” “end up with shortages and insecurity”, “we will increase wages” or “we will put in motion the productive apparatus.”

This was a vote against the shortages and supply queues, inflation, censorship, violence and crime, low wages and frozen contracts, and was also a vote against corruption, against “Red” bureaucrats with their “watches Rolex and Hummer SUVs” (as it was written on a poster in the conflict in Sidor last year). One vote expressing the outrage for the injustice and the good life of the special employees who have never faced the “painful queues” of several hours under the sun and rain.

The electoral campaign of the opposition basically relied on to report queues, shortages, violence and corruption to capitalize on the discontent, but without presenting proposals by the positives of the crisis in which it is immersed in the Venezuelan economy. Just not say what they would do, they left opened an expectation among their constituents. Although many know some old political coup, as Ramos Allup said, “we need to give a new chance” for things to get better. “Now there is hope”, etc.

The current situation has become more difficult for Chavism because the ideological war promoted by the elites actively supported by United States and the deepening economic crisis caused by the low price of oil barrel. Venezuela is an extremely oil-dependent country. With the loss control of the National Assembly, the right may forward a recall referendum next year against the government of President Nicolás Maduro.

The inflation in the country is the world’s largest and exceeds 150%. The devaluation of the bolivar impacted in the full purchasing power because of the dependence on imported products. The minimum wage, including benefits, is $ 20 monthly, on the parallel market. The shortage is part of the economic war and also the paralysis of public enterprises. Social programs consume more than 40% of the public budget.

In Venezuela, certainly the MUD will apply the same policy that neoliberalism tries to impose on Latin America, a draconian adjustment plan against social rights, recession, wage cuts, spending cuts and the privatization of the oil and natural resources for large private monopolies. In diplomacy, it is also possible that we’ll see the end of independent foreign policy and a return to realignment with the United States.

The pressure on the Chavism should be intensified and the trend is happening a rift within the movement into two parts, with one part being radicalized and going to the extreme left. The Venezuelan right will seek to impose the setting using the classic recipe of neoliberalism to contain the deepening crisis. But to succeed, it will depend on the control of the masses, which at present is impossible without a united front with the Chavism sectors. At the same time, this policy tends to strengthen the revolutionary wing of Chavism, especially the wing linked to social movements. Another part of Chavism – oriented more to liberalism – must seek an agreement with MUD which can be the axis to create a united front for adjustment. It is exactly the same policy as the one in Argentina, with Macri, or Brazil.

Ironically, this turn to the right wasn’t imposed by a coup d’état, or a Obama´s military intervention, but as a result of the big failure of several leftist governments, who have failed to apply viable and independent national projects in the region. A perfect counterpoint for Uruguayan writer Eduardo Galeano, who once said “in Latin America we do the spark, but it is the others who ascend the fire”.