On February 7, the Houthis’ media wing released a new video of the group’s successful attack on the strategic Sulb mountain, west of the city of Ma’rib, and nearby military positions of Saudi-backed forces.

The video shows Houthi fighters clashing with Saudi-backed forces and raiding their positions in the mountain and its outskirt. The fighters can be also seen destroying several military vehicles with anti-tank guided missiles (ATGMs).

Following the successful attack, the Houthis imposed control of the Sulb mount. The Yemeni group’s fighters captured loads of weapons, including artillery pieces, battle tanks and armored vehicles, during the battle.

The attack on Sulb mountain was a part of Operation Solid Structure, which was announced by the Yemeni group last month.

As a result of the large-scale operation, the Houthis captured 2,500 square kilometers between the capital, Sanaa, and Ma’rib. The Yemeni group also claimed that thousands of Saudi-backed fighters were neutralized.

My respect for the Houthis increases exponentially every week.

Literally billions of dollars worth of Saudi vehicles, weapons, ammunition and vehicles were destroyed or captured by the Houthi soldiers that are effectively a Light Infantry force with the courage and intelligence and decency of supermen. 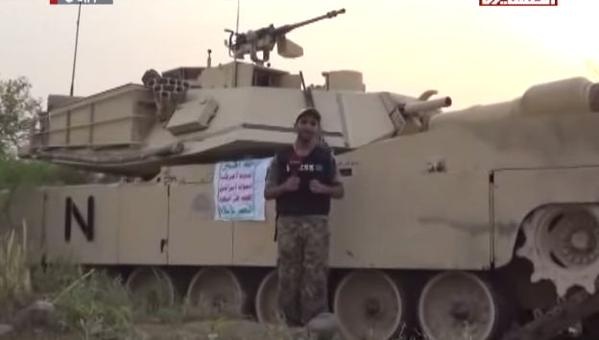 In the latest rout north east of Sanaa the Ansarallah captured over 30 Saudis Abrams and Leclerc. The new owners banner reads “death to the cursed Jews and America”.

And the Houthi’s quickly posted their battle cry (If I am reading correctly)on the side of the captured tank. Altogether, the captured materials will make future Houthi attacks more spectacular

Let me translate it for you as you are very intelligent young man:

Houthi slogan reading “God is Greatest, Death to America, Death to Israel, Curse on the Jews, Victory to Islam”. 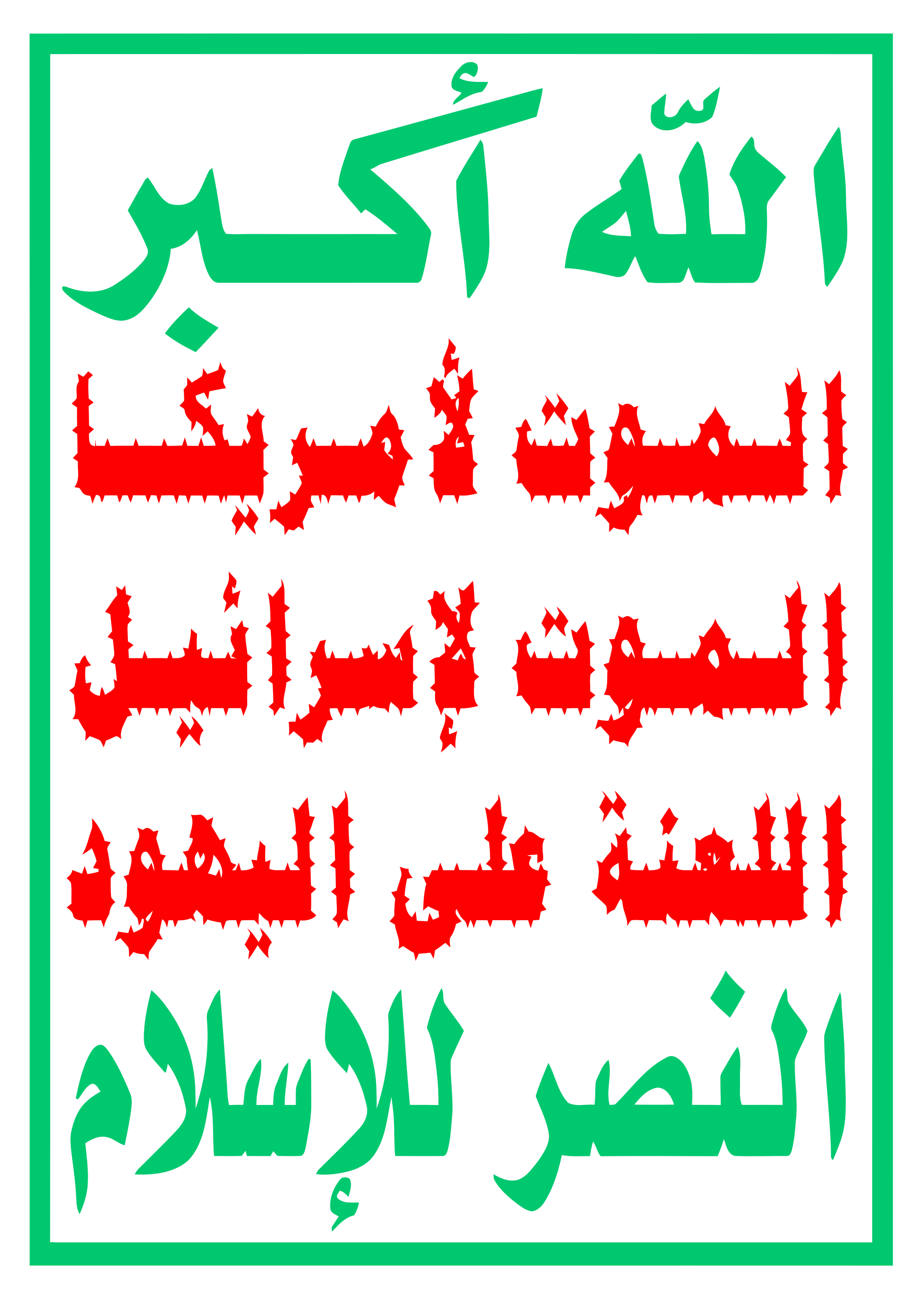 I like it! Victory to the Houthis, the righteous defenders of their land, culture and history

It doesn’t matter if they spend billions $$ of western military crap, they still have the most shitty military in the region because all the corrupt wahhabi cleptocratic regimes fear most of all if they had well organized trained structured diciplined military they would be overthrown long time ago, all these western military gear purchases are simply ‘Bribes’ to buy favors and influence, they may look nice at parades but that’s it.

The Americunts and western crooks are ripping off the Saudis and UAE and other Persian Gulf Arab pimpdoms by selling them inflated downgraded weaponry and then exorbitant spares, which the Saudis can’t maintain anyway and then have to spend billions of foreign contractors to fix the weapons. It is the biggest ponzi scam in the world and has literally bankrupted the Saudi morons.

Actually, these Wahhbabi savages have done more damage to the image of Islam than ever. Also they have killed more Muslims than even the Zionists. Saudi and the Emirati arseholes are a disgrace to all humanity.

Looking at men with painted faces on a parade is not really ‘my thing’ either. Volker :) 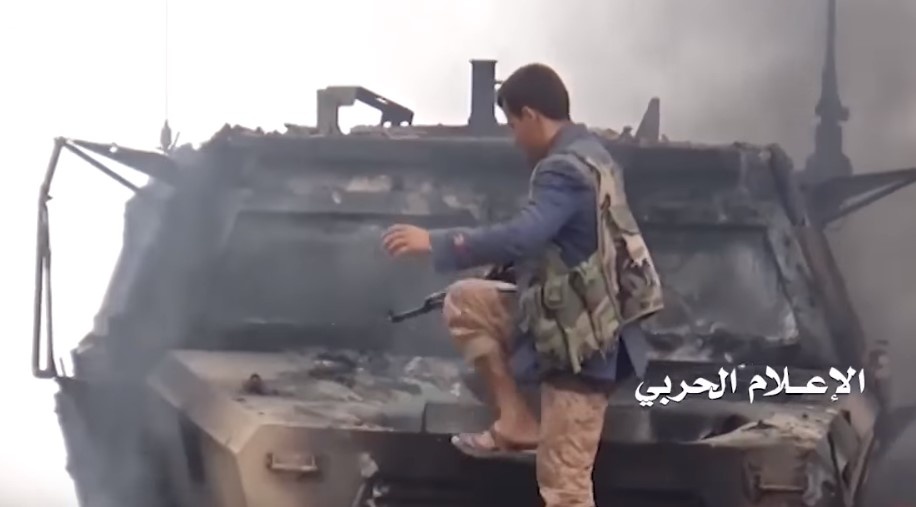 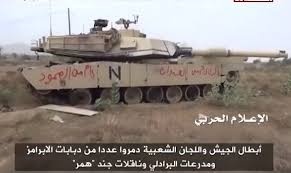 Look at those desert Arabs, running like roaches, lol.

Zion_Moron doesn’t care about anything other than chomping on tribal cock.

For a supposed soldier you seem to know nothing of war and being a soldier, go away shit stain.

He is a teenager in California. I caught him out the first day when he could not figure out a single weapons system or knew the butt of an M-16 from his own dumbass :)

Seeing Arabs battle it out is always funny to see. It’s like infants play fighting. Truly a sight to see.

Your time will come.

You Jew rats run even faster to hide behind Americunt lardasses :)

He doesn’t even know the Saudis are israel allies for long standing. They are losing big time.

Scum + Scum always gang up for their crimes. 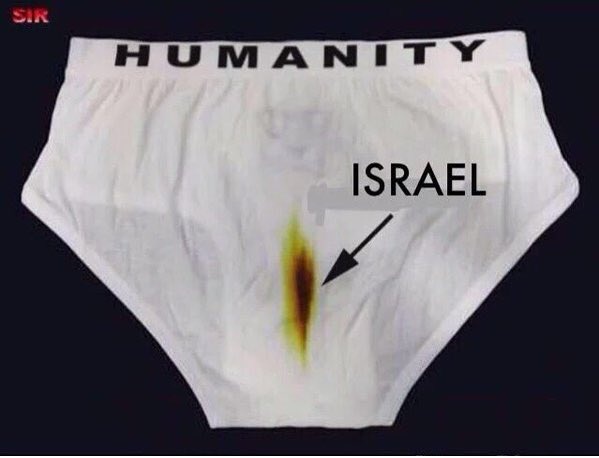 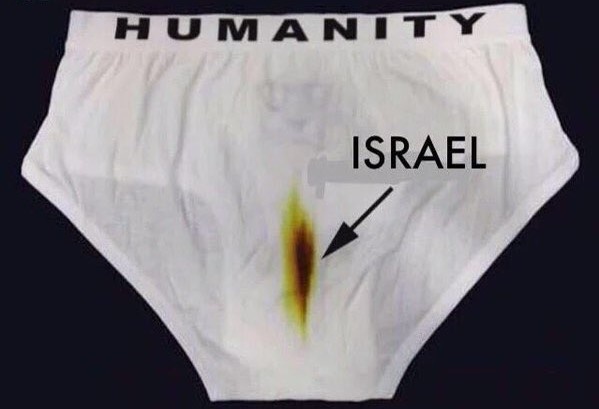 Israel is a shit stain on humanity.

One thing Houthies overlook is AlYamani, which means none of what they do has thawab if they dont face AlYamani.

What nonsense do post arsehole. How old are you fuckwit?

Hujjah is mentioned in AlQuran you kufari.

You silly brainwashed headchopping supporter moron. All these desert books are nothing but fairy tales and you ignorant uneducated twits take them seriously.Some old desert Jew pervert supposedly named Abraham under the spell of Khat started this ignorant throat slitting practice 2100 years ago. This is 2020 and people in the educated world have moved on LOL

What kind of potty mouth freak you are kiddo :) what is f7ck, the new aftershave by Calvin Klein? why does all your tripe has be in alphabet/numerical gibberish? you dyslexic fuckwit ?

Must they face AlYamani which is the direction from which Saudi Invaders come from? What is the point?

The Five Definite Signs is a Hadith that claims to be definite whereas all others arent, hence the description.

Iran purported to have a theory but was quashed and it was never publicly discussed again.

Much like the jews who thought they were chosen and could prove through science, yet it backfired with more evidence that they were not.

AlYamani is the Shia Ark.

Between nasrullah and Sheik Osama(rh), iran resorts to pretending all Yemeni are AlYamani, but given all Khorasani or Yemeni, its either Muslim Brotherhood or Shias.

A long story short, Sheik Osama(rh)s teacher and guide was Seyed Qutb(rh), and khamenei used to worship him(rh), him(rh) the real founder of Muslim Brotherhood, and the only known Sufi Qutb Ibn Qutb.

Thats why khamenei the senile geezer is alfucky zaman, and not Fiqhi at all.

Join the Houthis, get cool sh*t.
When you chase the Saudi’s it’s like Christmas every day. They should change it to Santa Arabia. 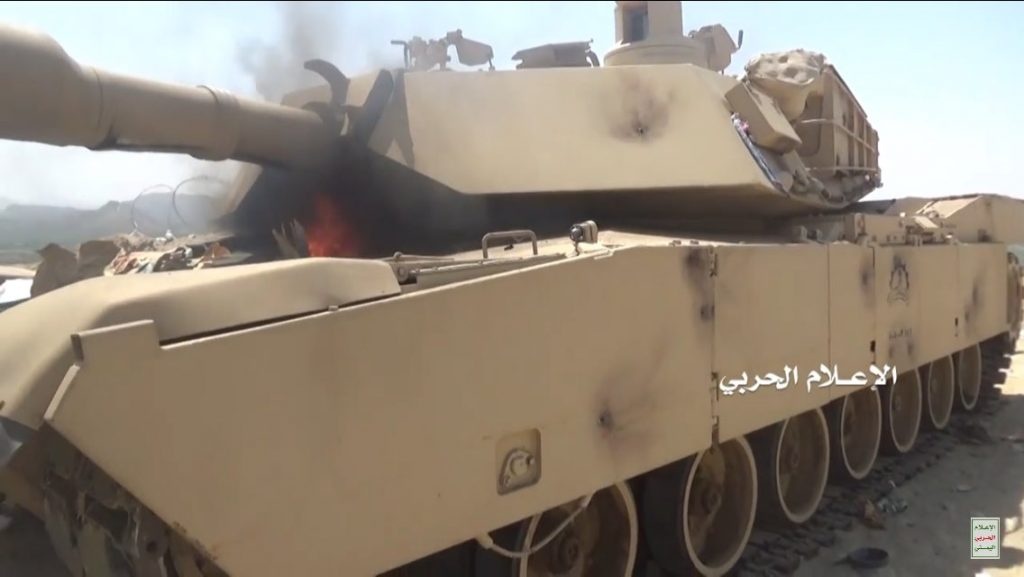 Look for the clean penetration of RPG-29 tandem warhead take out the Saudi idiots Abrams at close range. 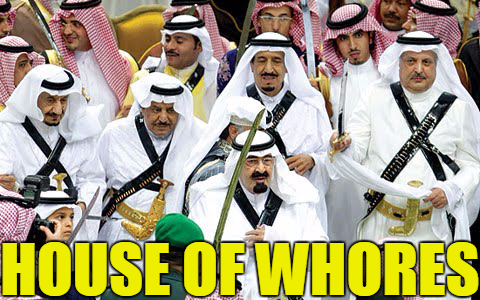 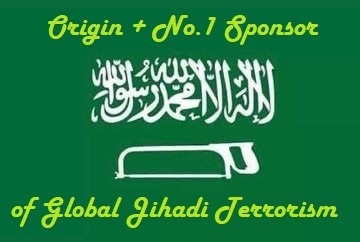 The Saudi and UAE arseholes have spent $110 BILLION on Wahhabi madrassas from Morocco to Indonesia to fan terrorism against Muslims mostly. Not one Wahhabi terrorist has ever attacked the Jew scum. Go figure!

There was an interview with MBS some time ago, where he explained after the cold war KSA was approached by the US and encouraged to spread their wahhabi ideology thru mosques madrassas + clerics around the globe. Obviously the goal was to using it as recruitment tool for those indoctrinated + radicalized fools as mercaneries for geoplitical purposes because it ‘worked’ that well in Afghanistan against the USSR. Nearly all radicalized Terrorists from Europe (and everywhere else as well) attended those KSA sponsored mosques with those clerics.

BTW, one of the largest cities in Northern Yemen, Marib has just fallen to the Ansarallah on their way to Aden. I have posted photos.

always incredible to see how much money the stupid saudi camelfuckers are wasting and losing daily… at least the Houthi guys (my deepest respect for them!) will never need to worry about arms and ammo supply….

The Saudi cowardly losers started the Yemen disaster in 2015 with over 4,000 world’s top of the line armored vehicles including Abrams, M-60, Leclerc, M-113, Bradleys and MRAP from US, France, Germany and Canada. Today, they have lost over 60% of all their armored assets are not even in a position to field a full armored brigade. even with mercenaries. The Sauds have been truly fucked by some of the greatest natural born Yemeni warriors in the world. 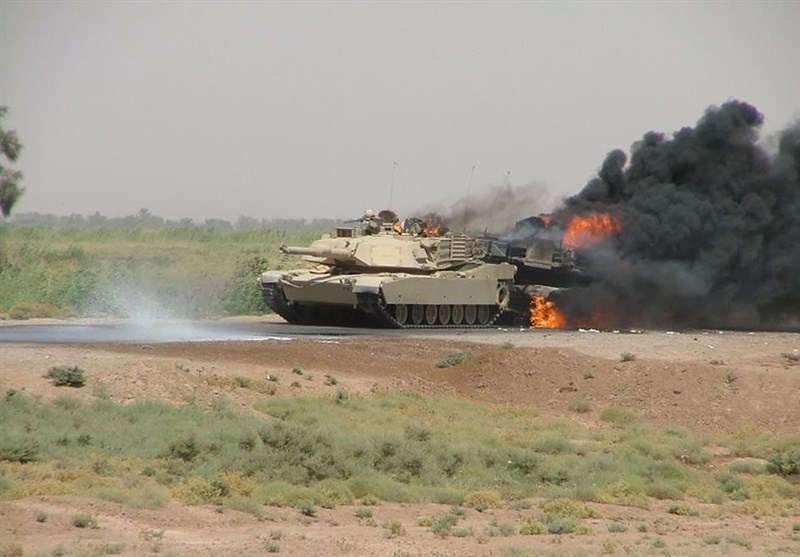 KSA is truly unbelievable – what total incompetence – no air cover – no helicopters – NOTHING – just a bunch of guys hanging out on rocks and in caves. Why would anyone drive heavy tanks into dead ends and use armor against a much more mobile opponent. At least in Syria the zionazis have some proper mercs – in Yemen it is a complete joke. Much like their zionist brothers the sand princes are only good at crushing women and children and are unable to hire any reasonable merc to fight the real battles.
Yemen and the Houthis will bring a collapse to the sauds that even the US will not be able to prevent.

Let’s hope the Houthis remain in the US’ blind spot for a while longer. Hubris is a fantastic weapon

This video i have in my achive for several years. As SAA success against jihadists.

God is with Huthis.Syria,Iran,Hisbollah and allies should apply USA,France,Britain,Turkey,Saudi Arabia tactic of swam drone and manpads attack against themself. USA NATO and puppet bases are very very (vulnerable)weak to this attack.

The Saudi scum have suffered one of the worst defeats at Marib today: 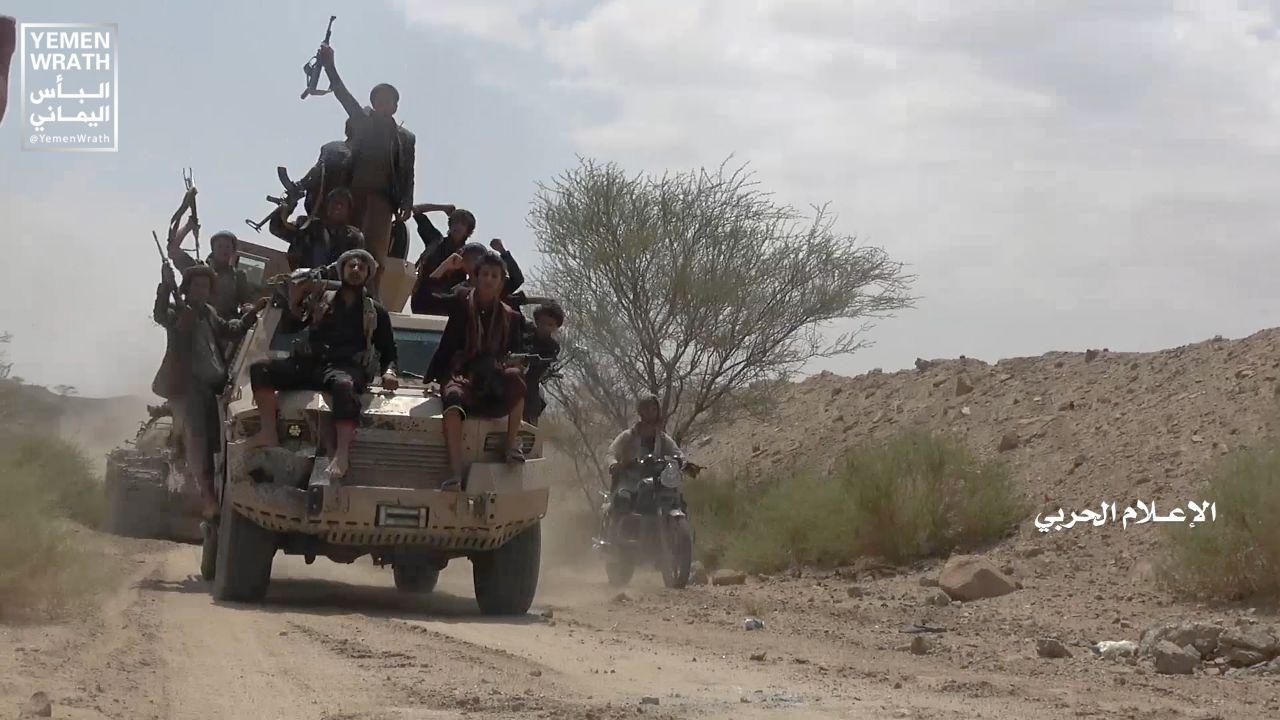 Victorious Ansarallah ride into Marib on captured Saudi armor. Saudi APC being hit by ATGM and not much left. 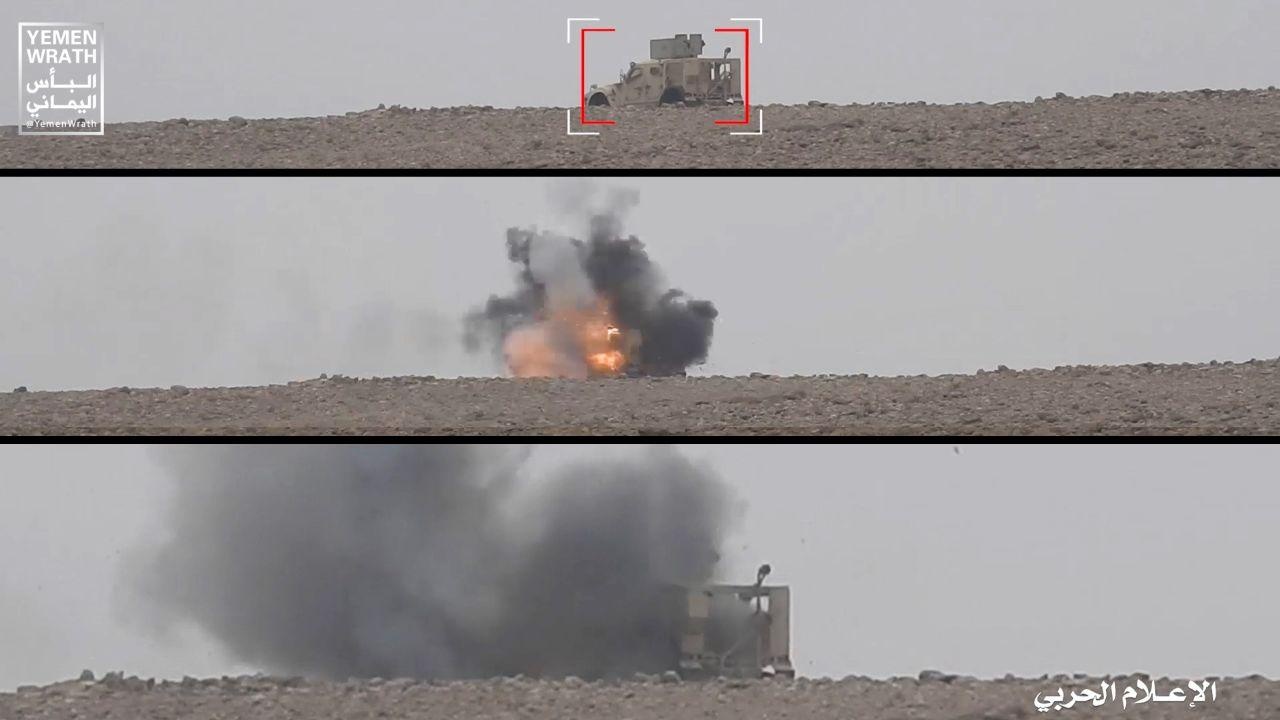 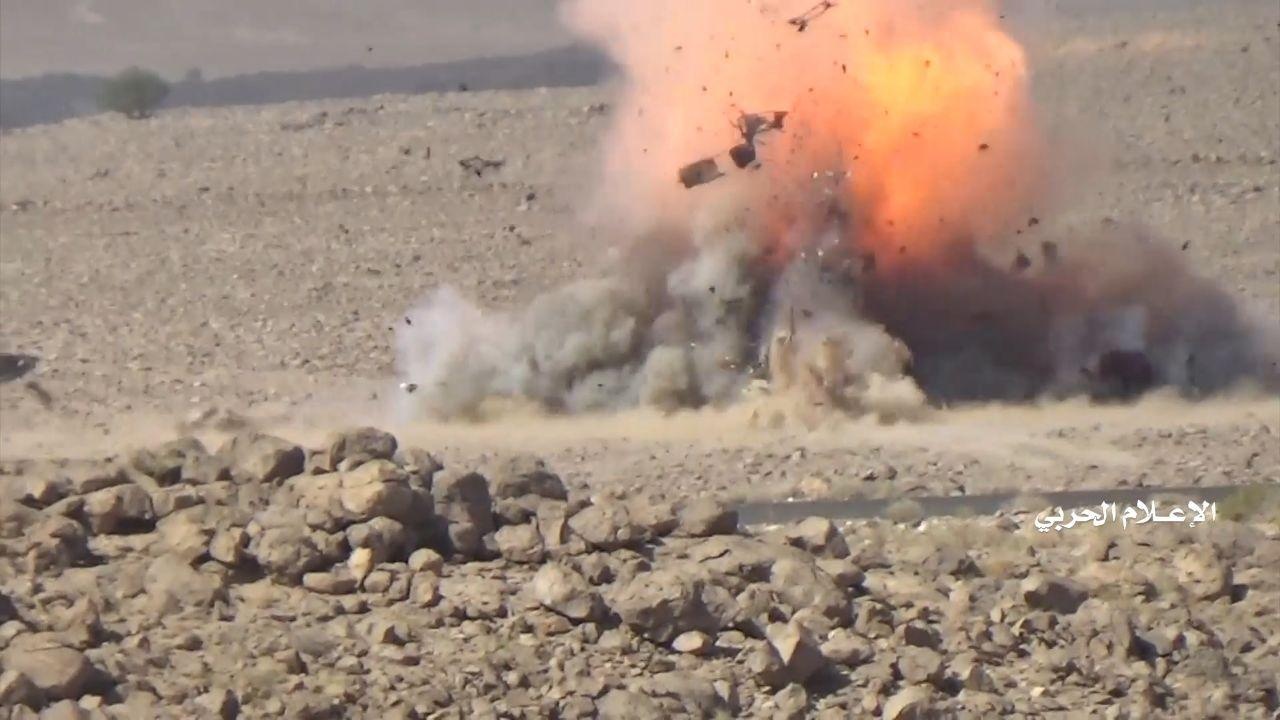 I have just been watching Ansarallah TV and media and it looks like Marib is about to be liberated. A large Saudi force has simply dropped its weapons and ran off into the hills. The Ansalrallah are taking hundreds of prisoners and captured large quantities of civilian and military equipment, including bulldozers..

The reports said Ansarallah forces are now at the western outskirts of Marib, marking the first time during this five-year-long conflict that their troops have reached this area in northern Yemen and nearing the port city of Aden is a series of successful operations that have inflicted crippling losses on the Saudi and UAE occupation forces. 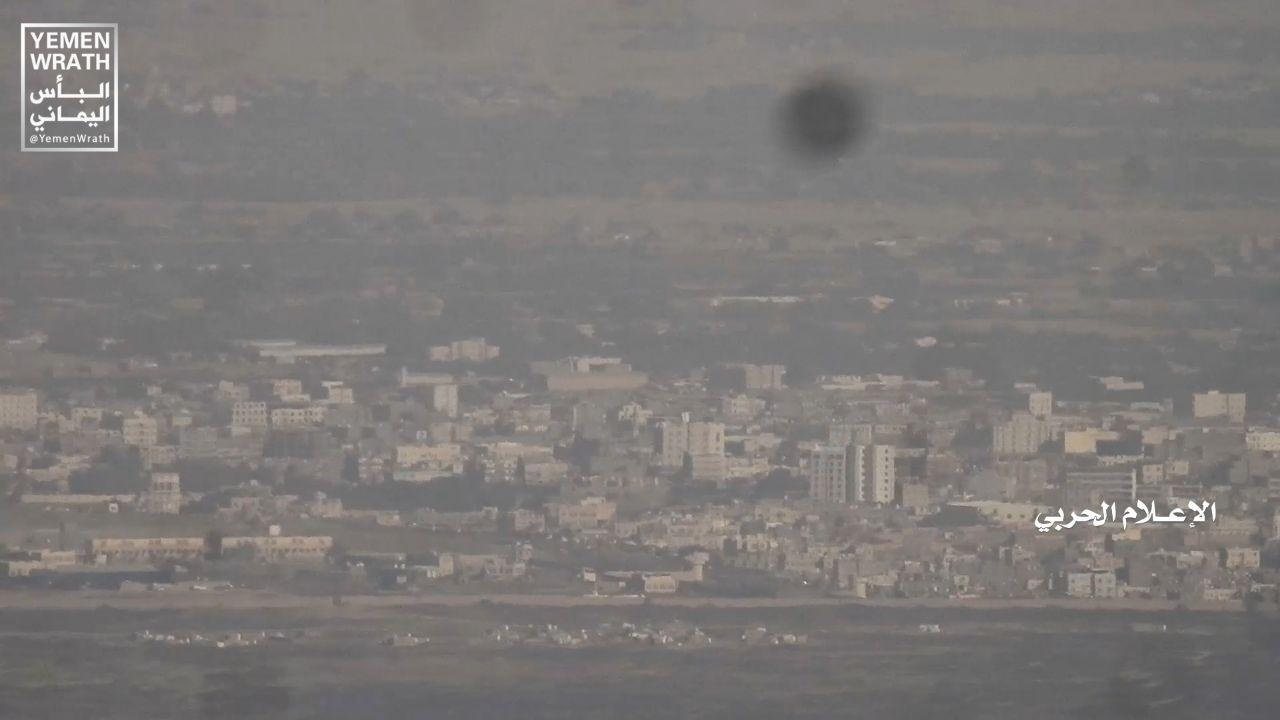 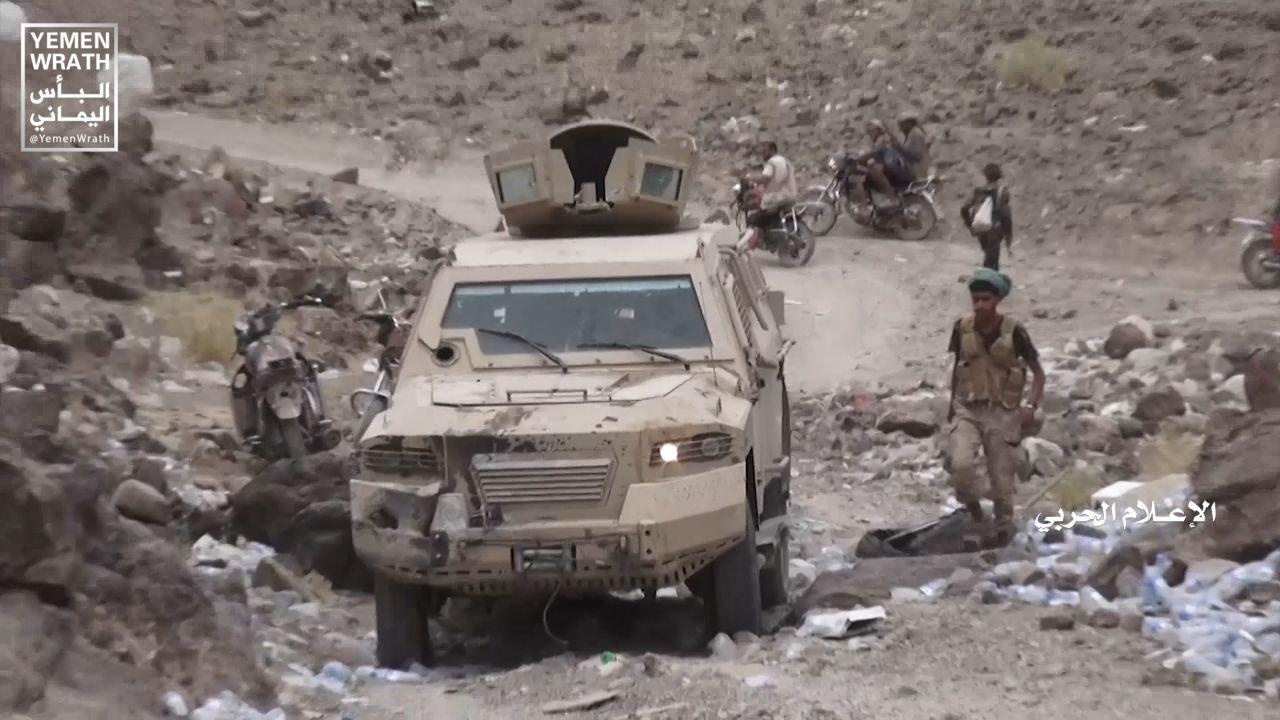 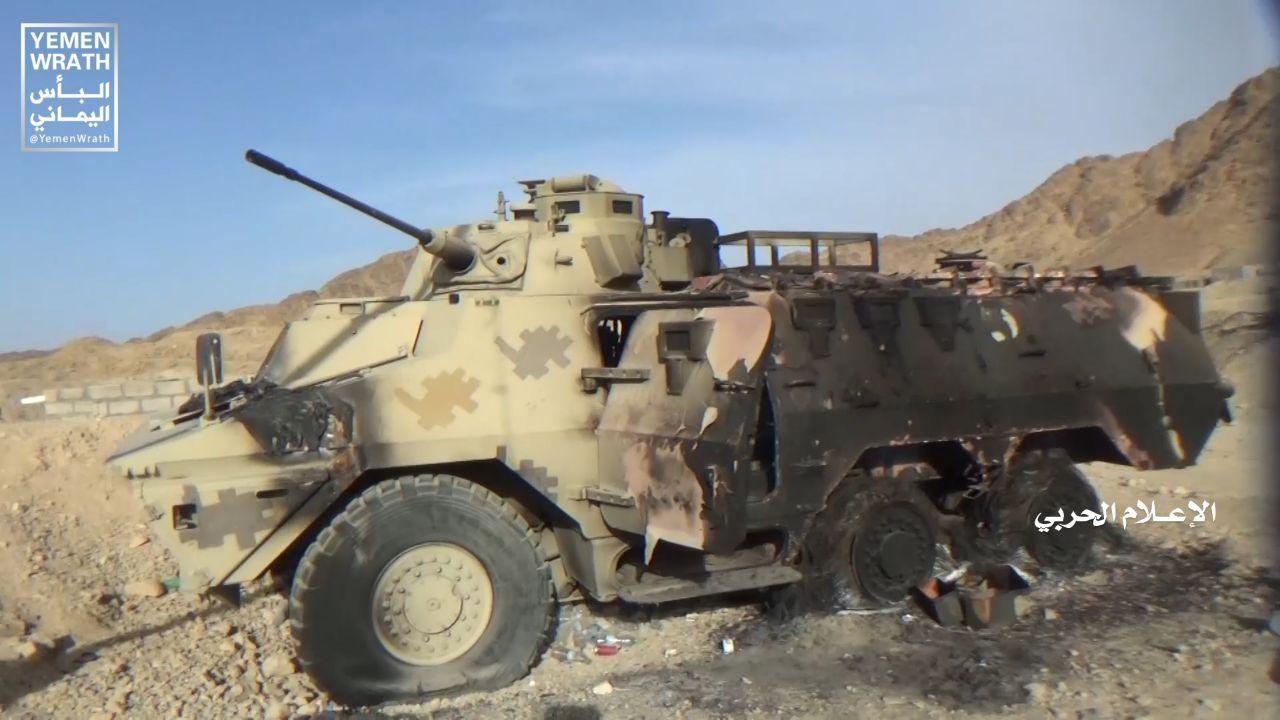 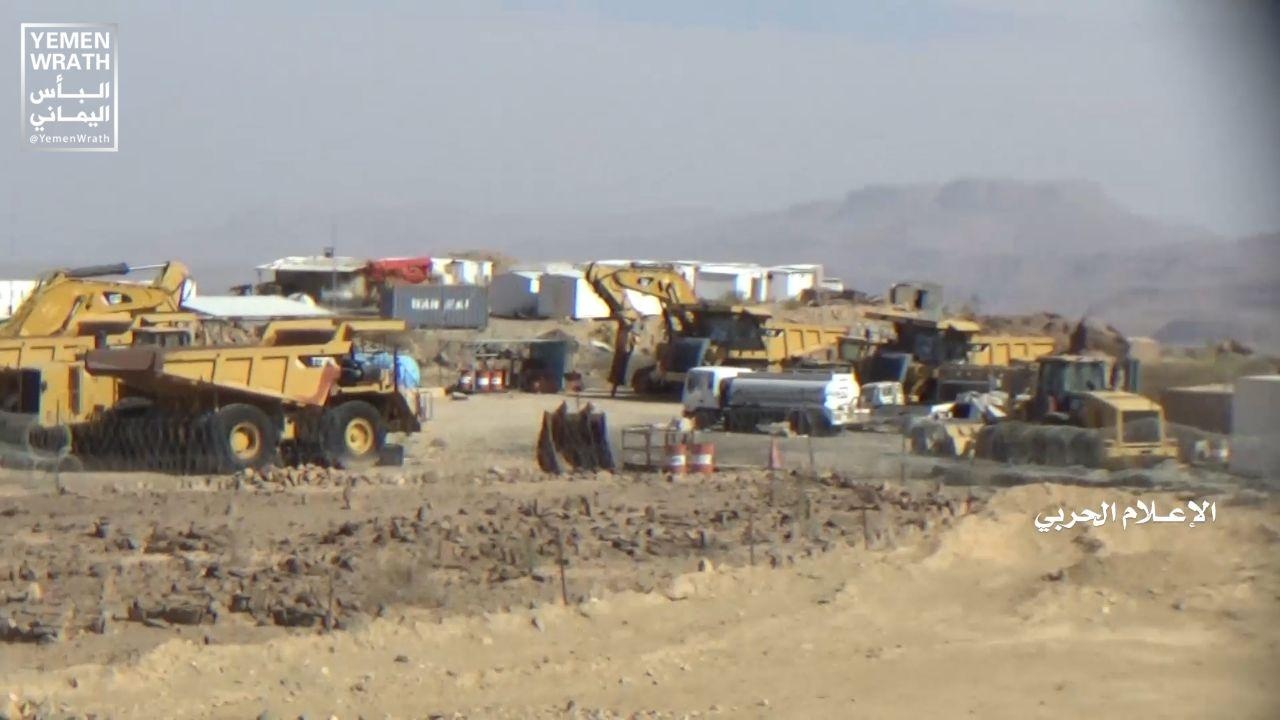 Ansarallah warriors chasing the fleeing Saudis who fled into the hills of eastern Marib after abandoning their weapons. Watch for the water bottles the Ansarallah have given to the surrendering Saudi loser cowards: 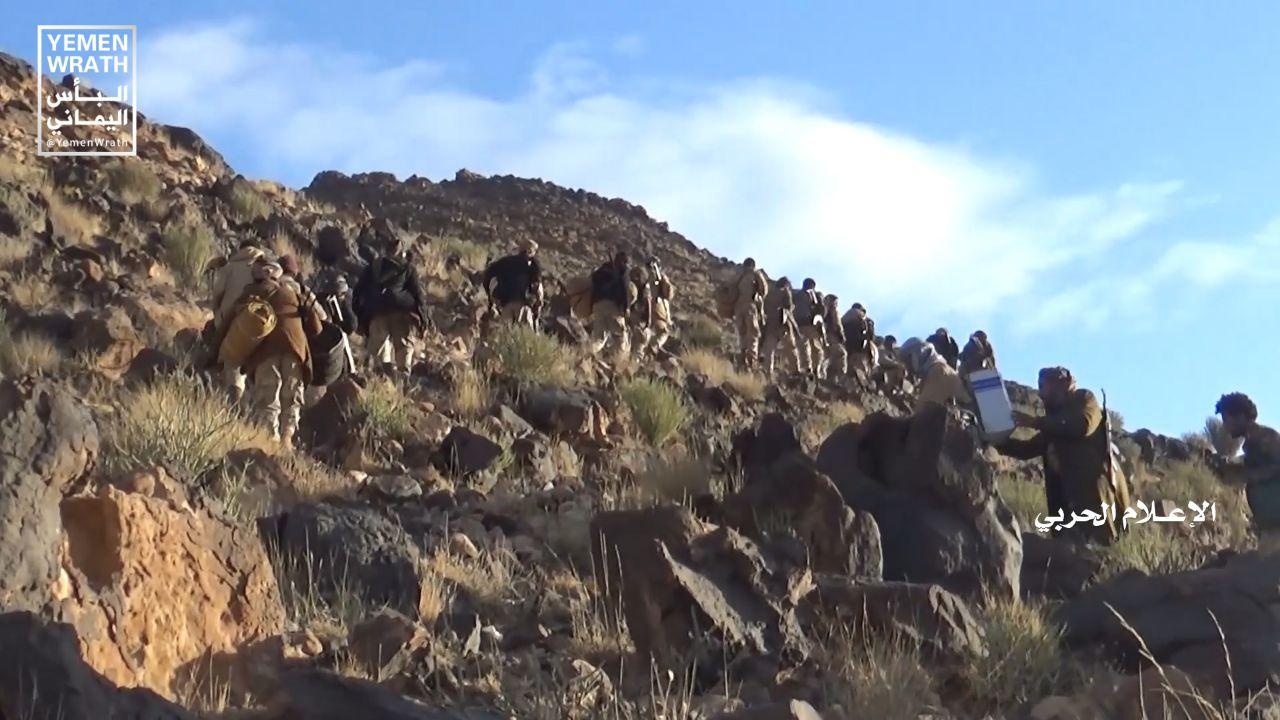 Bic lighter as an anti-tank weapon

The Houthis are worthy of congratulations on the meagre means that have crushed the modern armies• All criminals fight the poor Houthis but get back what they deserve.

The new CIA installed Sudanese junta is crawling up Zionist arse, so expect Zionists to stage attacks on Yemen from Sudan if they get bases on the promise of Americunt and western aid, just like they bought bankrupt deadbeat Egypt. However, there is growing awareness in Sudan and it will not be easy.

Anyone here knows what “sharadow” means?

it’s a Character in ‘World Of Warcraft’……but I guess there’s more than that.