According to an YPG commander, the operation on Raqqa liberation will be started in early April. 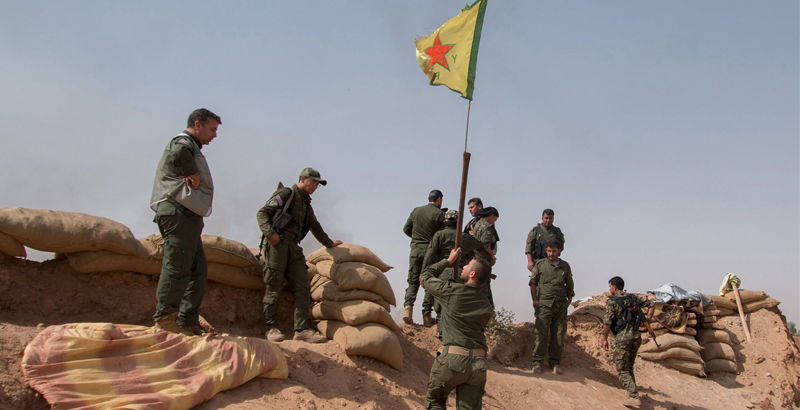 The Kurdish People’s Protection Units (YPG), which are part of the Democratic Union Party (PYD), have announced that the offensive, aimed on liberation of Raqqa city from terrorists of the Islamic State (IS) group, will be started in early April, the Reuters news agency reported, citing YPG commander Sipan Hemo.

“Regarding the decision to liberate Raqqa and storm it, the matter is decided and at the start of the month of April the military operation will begin,” the news agency quoted the Hemo’s words. “We believe that liberating Raqqa will not take more than a number of weeks.”

He also noted that the YPG will participate in the assault on the city as part of the Syrian Democratic Forces (SDF), which also includes Arab fighters, supporting by the US.

“Of the total force for storming Raqqa, 25 percent are YPG, who are set apart in their combat experience and high-level command skills directing battles in cities,” Hemo told Reuters.

Meanwhile, spokesman for the Pentagon, Captain Jeff Davis told the news agency, that “we have not made any decisions on how and when we will move in for the liberation of Raqqa.”

Answering a question about the Hemo’s assessment of the duration of the operation, Davis noted that he would not want to put a timetable on how long the operation could take. According to him, the IS had enough time to build defenses, emplacements and fighting positions, as well as to equip houses and cars with improvised explosive devices.

“All of these things await whoever moves in to ultimately liberate Raqqa. And if you compare it to other, similar sized cities in Iraq, you’ve seen that these things do tend to take a bit more time than that,” the Pentagon spokesman said.

I doubt thisI Would be very happy to see SDF and YPG just sit on their ass for the next 6 months. This will give time for SAA to make advances.

I don’t think SAA need 6 months to reach Raqqa. Not if they will focus on ISIS like now :D