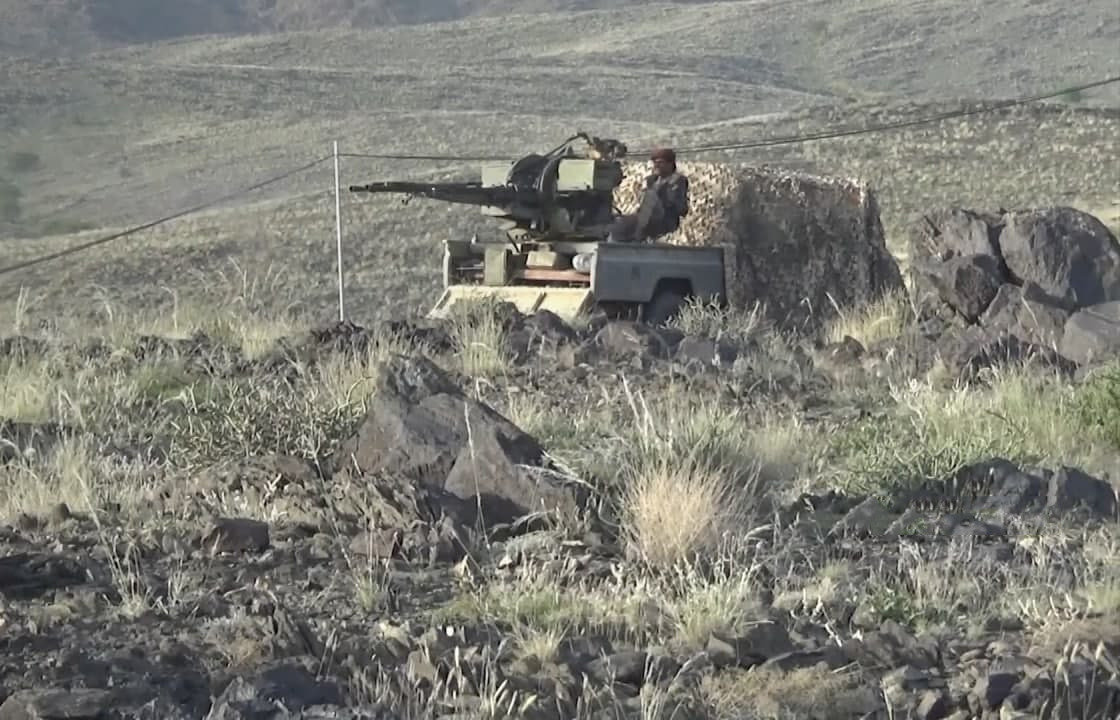 On September 23, the Houthis (Ansar Allah) announced that they have imposed full control of the central Yemen province of al-Bayda after seizing the last positions of Saudi-backed forces in an operation codenamed “Dawn of Freedom”.

“Operation Dawn of Freedom primarily targeted the remaining dens of so-called al-Qaeda and ISIS, who are affiliated with the coalition of aggression … Today, we announce that our forces, with the support and backing of al-Bayda tribes and their loyal and free men, were able to complete the mission successfully,” Brig. Gen. Yahya Sari, a spokesman for the Houthis said while announcing the operation.

In the course of the operation, which was completed within 48 hours, the Houthis captured 2,700 square kilometers in al-Bayda, including the districts of Sawma’ah and Maswarah as well as large parts of the Mukayris district. 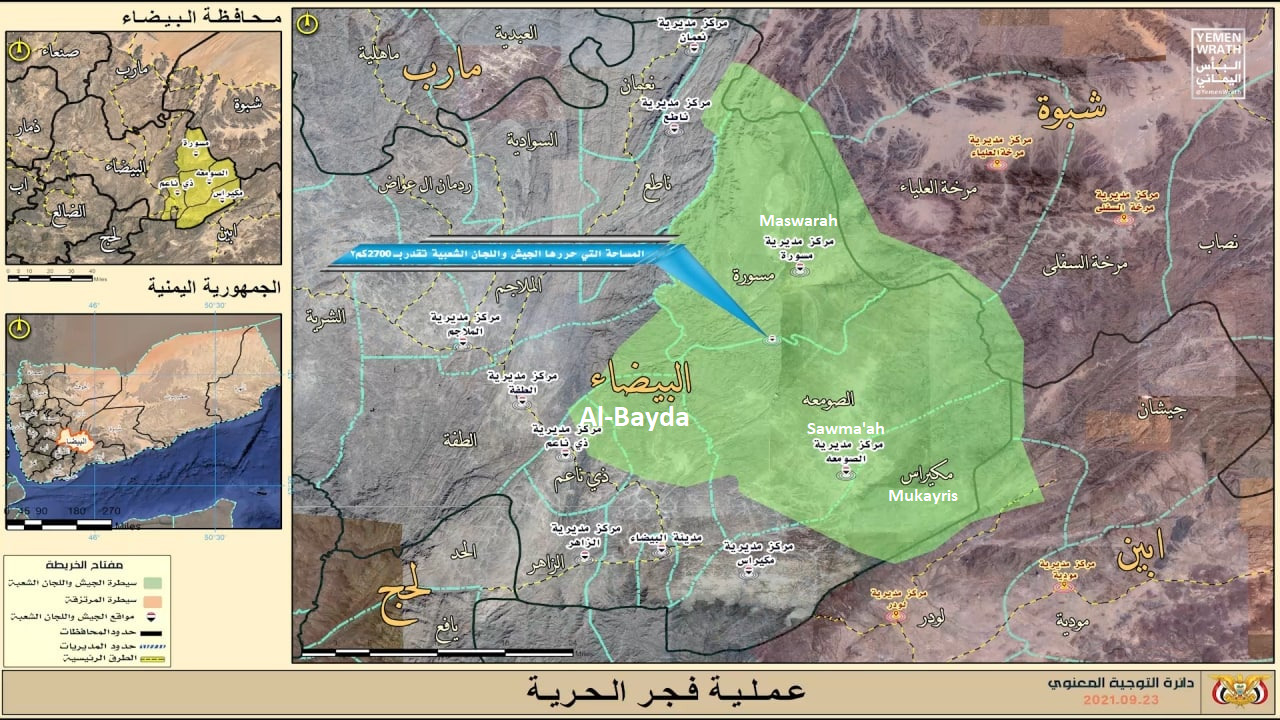 Saudi-backed forces sustained heavy losses as a result of the operation. According to Brig. Gen. Sari, 70 Saudi-backed fighters were killed, 120 were wounded and 40 others were captured by the Houthis. Ten military vehicles were also destroyed.

The Saudi-led coalition provided its proxies with close air support. More than 30 airstrikes hit the Houthis. However, the airstrikes ineffective.

The Houthis made significant gains in al-Bayda during the first, second and third phases of Operation Evident Victory over the last few months. Saudi-backed forces, which allegedly include elements of al-Qaeda and ISIS, showed no real resistance.

The Houthis’ victory in al-Bayda will mount even more pressure on Saudi-backed forces in al-Ma’rib, who appear to be the brink of complete collapse.

Saudi Arabia and the United Arab Emirates (UAE) are just pawns in the hands of the United States, and are “cows being milked” by Washington to serve the Tel Aviv regime’s interests. Hmmm Muslims are killing each other and why we are so stupid

CIAisis, Saudis and MI6 are crying and raging 🤗

The saudi buffoons are a complete joke. Their sudanese and colombian mercs have already been exterminated. They cannot even fight their own wars.

The diaper brigades of the zionist imbeciles are not far behind. Idiotic cowards who get off on murdering women and children.

Down with House of Harkonnen!