ISIL propaganda outlet, “Voice of Sharia”, is broadcasting from an American military base of the eastern province Nangarhar, which borders with Pakistan 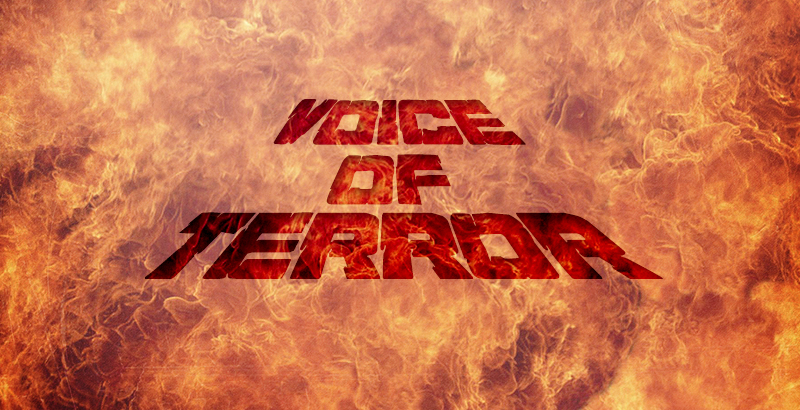 The 69-year-old U.S. presidential candidate Donald Trump never ceases to amaze Americans not only with hairstyle, that looks either like a dead squirrel or some other animal, but also with his statements. The other day the eccentric billionaire accused the current head of state Barack Obama and former Secretary of State Hillary Clinton in creating DAESH (an Arabic name of ISIL, a group that is banned in Russia). The scandalous politician announced this during his speech in front of voters in the state of Mississippi.

It is understandable that such statements bring forth a harsh reaction from most American politicians, and 7 out of 10 voters are aggravated because Trump’s motives and presidential ambitions are not clear to them.

However, given that Donald Trump is not afraid of mass media and cuts with the truth, and that he, as was expressed by one witty journalist, is not someone who receives C grades, but a person who defends his point of view with all his might, then there is reason to believe that the guilty ones in the creation of a group banned in Russia under the name of DAESH really are the current U.S. president and former Secretary of State Clinton, who is also participating in the electoral race. This was confirmed by the message from a Russian information agency “Afghanistan Today”. According to their data, Abdul Rahman Rahmani, a legislator of Afghani parliament announced that this organization’s radio station – “Voice of Sharia” is broadcasting from an American military base of the eastern province Nangarhar, which borders with Pakistan. Basically there is nothing new in the propaganda of pseudo Islamic radio in Afghanistan. Before, Mujahideen used the tool for “brainwashing” effectively. The first propagandistic site about “Jihadism” appeared in 1991. By the end of the 1990s those sites acquired chat groups and forums. In the mid of 2001 a first video appeared available to download, and after a live footage of 9/11 the Internet becomes the main tool for propaganda. In 2014 in Afghanistan near Ghazni “Sharia Radio” began operating. But in order for the radio station to remain on an American military base, this kind of a thing was not being recalled.

“You can hang me if DAESH radio is not being broadcast ‘from an American Military base’”, stated Rahmani.

Many legislators who are also certain that American Special Forces are behind the DAESH project in Afghanistan have supported this statement. According to local residents, the radio station is heard perfectly in all of Nangarhar Province counties. The broadcast begins every day at six in the evening, and the residents of the city of Jalalabad and nearby areas are hearing clashing of swords and sounds of machine guns, after which the broadcaster begins to read the Quran, calling young Afghanis to join DAESH and threatening those who are unfaithful. But local authorities and Americans claim not to know where the broadcast is coming from. “This is absurd! If they wanted, they could put an end to this”, the agency’s reporter of “Afghanistan Today” in Jelalabad was told. The County resident Achin Allahyar also doubts that “the Voice of Caliphate” was created without the help of U.S. The radio is called “the Voice of Caliphate”, but is conducting propaganda against Taliban. It is strange that these advocates of Islam are not calling to fight with Americans. Like the rest, I am certain that the radio is created by Americans”, he says. A question arises: what goals is the U.S. pursuing in Afghanistan? Let us now go back to the act of terrorism in Washington and New York on September 11, 2001. Then, as it was known, the U.S. objective was formally declared as the persecution of Al-Qaida militants and their allies, i.e. the Taliban. Since then 14 years has passed. However, in reality Al-Qaida terrorists are not destroyed. Their stable position in Afghanistan was unexpected for American and Afghani authorities, writes the New York Times. In October 2015, in a joint operation of American and Afghani military, a large “Al Qaida” training camp was destroyed in a sparsely populated area of Kandahar. Nearly 200 militants were killed. Later it became clear that this terrorist shelter went unnoticed by Special Forces and existed unhindered for one and half years. “I am seriously worried about the rebirth of “Al Qaida” in Afghanistan, since we will be their target”, commented Michael Morell, who in 2012-2013 held a deputy director position for the CIA. High-ranking American officials admit that there are other “Al Qaida” camps and bases in Afghanistan, writes the publication. The exact number is not known since it has become more difficult to locate them.

Today, the goals that the U.S. pursued in 2001 did not change. Washington only revised its tactics and are now withholding from high-cost operations against “Taliban” and “Al Qaida”. Having spent a large amount of resources on fighting them, the White House came to a conclusion that having a large military presence in Afghanistan is not rational. Why spend billions of dollars, when same goals can be reached with the help of other resources and smaller expenditures. According to the data of British Times, there are no less than 1,600 well-prepared and equipped DAESH militants in Afghanistan who are trying to oust the Taliban by using the same gruesome methods of conducting warfare as in Iraq and Syria – beheadings, robberies and rape of citizens, demanding harsh characteristic of DAESH rules and conditions of the Sharia. Even the Pentagon admits that the security situation in Afghanistan worsened significantly.
In a recent officially published statement that was presented to be reviewed by the U.S. Congress, the American Defense Ministry presenters are reporting about a growth in militant attacks and an increase in losses in the ranks of armed opposition as much as in the ranks of the law enforcement. The opposition of parties got stronger especially in Nangarhar, where (according to Pentagon data) “Al-Qaida” militants, “Islamic State” and “Islamic Movement of Uzbekistan” are maintaining their presence along with the Taliban. For example, recently in Dehbala County regular clean up took place, in which the Afghani armed forces conducted strikes on DAESH shelters.

According to Afghanistan’s Ministry of Defense reports, at least 25 terrorists were killed and 31 were injured. Also, according to some data, in one of the airstrikes a DAESH commander Saad Emarat was killed. And in the neighboring Achin County members of an armed pro-government squad beheaded 4 militants of the DAESH group. During a shootout they in turn kidnapped 4 members of pro-government forces and executed them. The militia decided to take revenge and did the same with the captive militants. They put the headless bodies near a road. “Nobody gives out halva in war. In war, either you kill, or be killed”, they explained their actions.

To note, this is not the first time that pro-government forces are acting equally toward militants. And although a wide spread of activity from DAESH is hardly expected in Afghanistan – considering Taliban’s serious opposition – nevertheless, their recent capture of four Afghani counties in the Nangarhar Province shows the possibility that the former can resist the pro-government forces and not just the Taliban in Afghanistan. There are serious doubts in Afghani political circles in regards to a peaceful future and stability in the nation. The threat from DAESH militants who are a part of an even more dangerous project than the “Taliban” is frequently talked about. A scenario of Afghanistan geographical section in-between terrorist groups is in the discussion. The course of events in the Islamic republic is showing us that clearly this scenario cannot come about without considering America’s strategic goals – to arrange a war where everyone is against everyone else with the perspective to export this war to Central Asia, and then Russia, who is getting in their way with its geopolitical tremendousness.

GWBush government shipped 2 million copies of Korans to Afghanistan during his second term and now Afghani people are reaping the harvest. USA together with Vatican and Zionist government made a thorough preparation for the project called “clash of civilizations”.

Not only that, but US solders were burning piles of bibles in Afghanistan as well. Missionaries shipped them. The US burned them, supposedly to not offend the Afghans, even though some of them have been Christians for over a thousand years. The videos of them is here… https://www.youtube.com/watch?v=QL0XgbSUubI