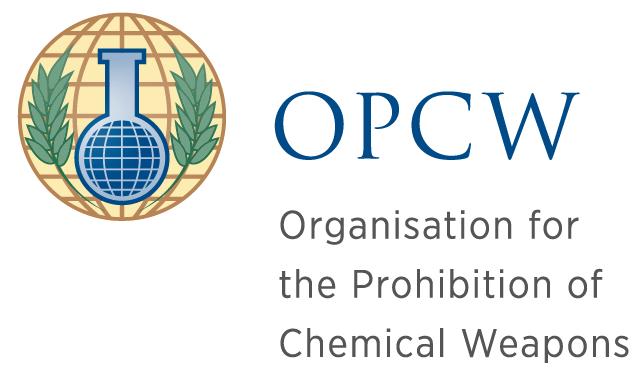 On April 25, the Organization for the Prohibition of Chemical Weapons (OPCW) announced in an official statement that its fact finding mission had visited a second site of the alleged chemical attack in the district of Duma and had collected samples from it. The OPCW inspected the first site in Duma on April 21.

The OPCW added that its team had also interviewed some people who are related to the alleged chemical attack in Duma district and stressed that these interviews are part of its team’s mission.

“The FFM [fact finding mission] will continue to carry out its independent and impartial mission based on interviews with relevant people, its findings from the site visits, analysis of the sample results, as well as any other information and materials collected,” the OPCW said in its official statement.

In a related development, the OPCW announced that the Russian delegation to the organization will organize a briefing about the alleged chemical attack in Duma in the Hague on April 26. Some Syrians who are related to the alleged attack will speak during the briefing, according to the OPCW.

Syrian pro-government activists expect that the Russian briefing in the Hague will reveal new details about what really happened in Duma on April 7.

This is increasingly looking like another Putin diplomatic coup in the making. That will take away the chemical weapons false flag justification for future attacks. And do a lot of damage to the anti Russian shills in the NATO governments, alienating them from their citizens, and making them look like the crazy liars and fools that they are.

Maybe Macron is trying to do a Trump double speak switching from nation building to withdrawal to try to salvage his damaged reputation:

French forces are reportedly deployed to the Manbij area. Which is about as far from Isis in Syria as you can get. So the claim that France is in Syria fighting Isis looks rather foolish I’d say.

Lets all hope you are correct Richard.

Unfortunately part of Dr. Putin’s responsibilities include overseeing the NATO psych ward. But he’s doing a good job of it.

That should actually be a reality Richard. The Western leaders are literally insane.

I think that it’s combination of the visible leaders and people behind the scenes who don’t lead public lives or ones that are limited public lives who are both insane. I don’t have any experience of it myself. But I’m guessing that some of the stories about Satanism at this level are true. And because of their involvement in it these people are literally criminally insane as a result of the depravity that they practice.

Criminal insanity becomes part of the package. The super rich, sooner or later, come to a point where it becomes very difficult to expand their financial empire any further. Their competitors are their “mates” and they can’t shaft them too easily, the cost is too high. So the only avenue to expand into becomes black markets, illegal drugs and illegal arms. As the explore the avenues of illegality they become involved in murder and mayhem, and some start liking it. Many get trapped by the bigger fish in the crime world, and then they have no choice any longer. Then the bigger fish introduce them to satanism as the only way to save their souls (what a joke). In the end the rich buggers are as mad as March hares and trapped in a world of money and insanity. Throw in a few Talmudic lawyers and the cocktail becomes truly toxic. That’s why the West is engaged in completely irrational political adventures most of the time. And we have the temerity to call this joke a democracy. We have NO democracy to export any longer. It’s all gone long time ago.

I don’t think that it ever existed in the first place in any type of pure form if you look at it’s evolution. Democracy has always been a means to an end. Trying to mask the actions of the current ruling cabal with the purported consent of the governed. I wouldn’t go so far as to say that there is no democracy. But what democracy there is falls far short of government of the people, by the people and for the people.

Winston Churchill once said that if you want to see what’s wrong with democracy, spend 5 minutes talking with the average voter. A lot of people simply have little interest in government. They just want it to do a good job so that they can have good lives. Which provides a self serving cabal an opportunity to exploit the governed to their detriment.

Jews have been a problem for a long time. Judaism should be outlawed and the planet dejudified. It’s not a cure all. But it would solve a lot of problems and make others easier to resolve that are difficult or impossible to solve without correcting the Jew problem first.

Good answer thanks. I don’t agree with your last paragraph though. Jews are not the core of the problem. The real problem is that the majority are still stupid enough to be led by their noses by those who are just a little bit more clever than them. Even if you managed to wipe out every single jew from the world people would continue to be as stupid. Not much would have changed. That is simply not good enough. People need to become intelligent, educated and moral enough to start rejecting the ruling cabal’s system and schemes. It is the only ethical solution. Morally, if you believe in God, jews too are god’s creatures and we have no right to dispose of them as we please. If you believe in karma, then their current form of existence is a result of collective karma and killing won’t change that. It is us who need to change, and that is actually what the masters of the world fear most. They fear that people wake up to become moral masters of their future, and too intelligent to be fooled. People are waking up all the time now. Things will change soon. We are living in the End Times, and what that means is the end of the Roman cult that has run the world for 2000 years, the end of empires as nations are reborn (and I agree they don’t have to be democratic), end of religious control of masses, the end of the awful degrading of law in the last few hundred years, and the end of the ruling cabal. It might even be the end of money as we know it – i certainly hope so. The gold in the vaults of the Bank of International Settlements, as well as the accumulated assets of the big corporations has been stolen from all the people of this world. It all needs to be given back. Once the current system has been dismantled, no one needs to go hungry or be so poor they can be manipulated into all sorts of unspeakable things. We can be truly human again. Many people have already started now.

If you’ve read enough of my work here, you’d know why I want the planet dejudified, and that I’m not suggesting killing them. The new age is our becoming an ET race and civilization ourselves with extended lifespans, etc.. I’m trying to help bring that about. Plan b is leaving and becoming an ET myself.

Where exactly are these samples taken from? Has OPCW gone to the labs that the Syrian Army uncovered?

I would hope so but we live in a mad world where inconvenient truths and facts are distorted or ignored by the ‘democracies’ of the US Coalition of Terror.

I am not very skilled in the prediction business. However, if I was to bet my money it would be on some sort of non committal, wishy-washy outcome. You know the sort of thing I mean – ‘we can neither confirm or deny…etc ‘ .Sorry but regardless of what is actually found no smoking gun will be produced here. In any case by the time anything is said this issue will be rather a distant memory.

A few days ago, after the Syrian boy in Douma, Hassan, became hot news I saw on BBC that their “journalist” had an interview with a girl about the “Douma Chemical Attack” ®. The only useful piece of information was that they interviewed the girl in “northern Syria”.

What did I expect? That BBC’s “journalist” mentions the girls’s father is Jaysh-al-Islam member? What do we expect? That the Empire stops kicking and pushing more desperately?

Something tells me that a few people from the “northern Syria” will attend that briefing. The result is more confusion for the people who are not aware they’re being fed with lies.