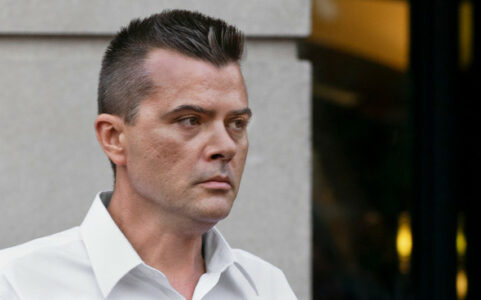 Former US President Donald Trump has been subjected to numerous accusations about his ties to Russia. The name of one of the “authors” of the Trump-Russia dossier was recently unveiled.

On November 4, Russian defense and economics analyst Igor Danchenko was arrested in the United States and released on $100,000 bail on the same day. He was accused of giving false testimony to FBI who were looking for possible violations during the investigation of Trump’s alleged ties with Russia.

The Washington Post revealed that Igor Danchenko received false information for the dossier from Charles Dolan Jr., a public relations specialist close to the US Democratic Party.

According to the WP, Dolan supplied Danchenko with the information used in the dossier, but then he tried to discredit it.

“I’m hoping that this is exposed as fake news,” Dolan wrote. “I may be wrong but I have doubts about the authenticity.”

Dolan’s name was not mentioned in the charges against Igor Danchenko. It only refers to the “number one public relations specialist” who allegedly “often contacted high-ranking representatives of the Russian leadership.” Dolan’s lawyer, Ralph Martin, confirmed that Dolan is this very specialist.

Danchenko reportedly told Dolan about his work on the “anti-Trump project” and asked the PR specialist to provide him with any thoughts, rumors, or allegations about the election campaign.

Charles Dolan Jr. worked worked on both Bill and Hillary Clinton’s presidential campaigns and on a State Department advisory board during the Clinton administration. He held senior positions in a number of PR firms, and allegedly “often contacted representatives of the Russian leadership” and those who are close to Russian President Vladimir Putin.

In 2016, Donald Trump defeated former Secretary of State Hillary Clinton in the presidential race. Later, an investigation into alleged Russian interference in the elections was launched in the United States. In 2019, the investigation allegedly revealed Moscow’s attempts to interfere in the US elections, but no links between Donald Trump and Russia were declared due to lack of evidence. In March 2021, US intelligence again accused Russia of interfering in the US elections.

Like in the case of the poisoning of Sergei and Yulia Skripal, the US Capitol storming, numerous cyber attacks etc., another attempt to find a Russian trace in Washington’s problem failed.

Danchenko is 43 years old, so unless he wants to spend his 50s/60s in jail, he better turn over evidence on those above him (Hillary Clinton and her pals at FBI).

No mention of another despicable scumbag named Christopher Steele (a Limey) in the article. Oh I forgot, the British never interfere in other countries (sarcasm).

We <3 <3 Putin's boys for choking that bastard Skripal. Where can I find *that* perfume on silk road?

Putin works for the CIA . He has secret meetings with CIA and best friend Netanyahu. Assad falls in Putins trap Syria finished soon.