Another militants’ camp was located by Aldin Abazović at the Turkish border with Syria in the Mount al-Ziyarah area. 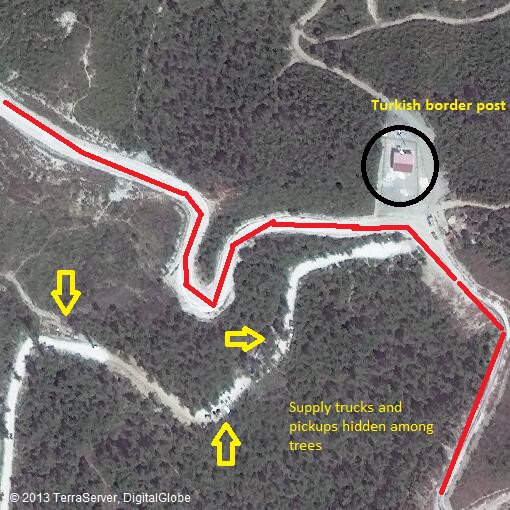 Camp is right next to the border divided into many small sub camps all connected with a road. Some part of the road were built later during war. Also white road marked red on images has been widened over the last years, some parts were even asphalted, on 2012 its quite small compared to the end of last year imagery. The road starts at the border with a Turkish checkpoint which means that the capm is set with a Turkish help.

This camp is a lot different then those of refuges, standard pattern for refuges camps in this area is that they are crowded tent next to tent. It has a lot more dispersion and all parts are conected via good roads together. Some of ‘small camps’ are resounded by earth walls. Thus the roads create one big camp. 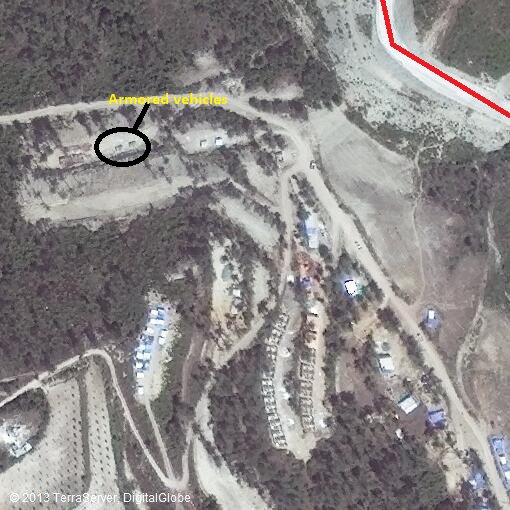 Your review is very interesting and actually. But sometimes you call villages that it is difficuile find on Maps Google….Rasm al-Nafl, Kharim (Харим) etc may be you could write its geo grafical coordinate?