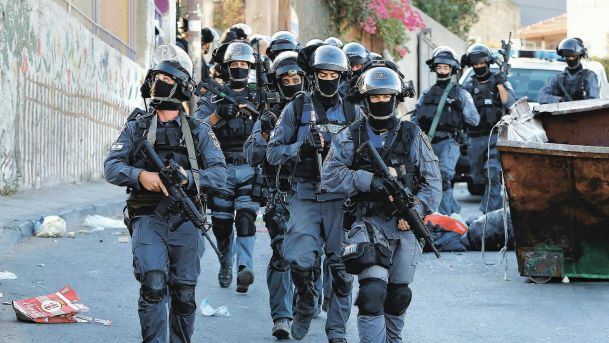 On May 16, six Israeli police officers were injured as a result of a ramming attack in the Sheikh Jarrah neighborhood in eastern Jerusalem.

A video of the attack shows a car ramming the officers who were gathered under an umbrella in one of Sheikh Jarrah main streets. The attacker, a Palestinian, was shot and killed on the spot by the Israeli Police. It remains unclear if he was armed.

According to Israeli sources, at least one of the injured officers is receiving treatment for moderate wounds in Shaarei Zedek hospital. The injures of the other officers were described as minor.

The attack was praised by Abu Ubaida, a spokesman for the military wing of the Hamas Movement, who described it as a “heroic operation”.

“We praise the daring heroic operation in the Sheikh Jarrah neighborhood, which proves that the spirit of the revolution and motivation to resist the occupation is rooted in the heroes of our people in Jerusalem,” the spokesman said in a brief statement.

The Israeli Police stepped up its security measures in Sheikh Jarrah earlier this month, when the neighborhood’s Arab residents protested against government plans to forcible evict some of them.

The protests sparked a heated battle in the Gaza Strip. Palestinian factions launched dozens of rockets at Jerusalem to warn the Israeli government against evicting Arabs from Sheikh Jarrah. The Israeli military responded with a large-scale military operation.

Israel’s operation in Gaza has claimed the lives of more than 190 Palestinians, so far. The heated battle will not likely end soon. Many in Israel are warried that the operation in Gaza is threatening stability in the country. Today’s attack in Sheikh Jarrah may be the first of many.

Sympathy for what? This is a divine act of mercy for the human race.

If indeed it’s a ramming and nit a setup, the heroic Palestinian was executed by the zio terrorist cowards. At approc 27 secs into video, you hear 2 shots. Was it an accident?

Fog of War
Reply to  Dicksonrp

This is staged. Look how conveniently the umbrella covered up the front of the car where the bodies would be. Total sympathy ploy.

Pity it wasn’t a VBIED and that would have been sleepy time for a dozen or so thieves. Notice he was shot while they were dragging him out of the car. Even the US Police are not that callouse. They would drag him out of the car handcuff him lay him on the ground then shoot him.

Is pure entertainment for self-thinking people to see people in the Middle East kill each other. Love to see madness put in system.

After this war, survivors in Palestine will be forcibly deported to Jens Holm’s Denmark. When dirty Muslims make unrest in Denmark as well, angry Danes will eliminate them and make peace.

We welcome all who wish to come here. We have many pretty girls who wish to make diversificartion babies for our government too look after. Plenty water so can wash no need be dirty.

Him most honorable kamikaze Palestinian and great Cook too! He make fine jew sandwich ahaha

What Hamas or Islamic Jihad should do is VBIEDs on occasions like this, blow up with some 500 kg explosives, like Daesh did in Syria and Iraq, very effective cannot be stoped. They don’t need to make their cars with armor just normal cars like this one, just full of explosives and when detonates to make real damage and kill everyone in 50m radius or more. Those on many occasions and daily. Just like former ISIS/ Daesh did or Al-Nusra/HTS does it, but rarely, the most VBIED was noted in Iraq during the liberation of Mosul hundreds of them 5-10 in one day were noted. Which inflict heavy casualties in the Iraqi army and special forces.

One thing I hate about Arabs is their total lack of aim and low capacity for violence.

You people could learn a thing or two from us Asians, on how to treat European colonial invaders.