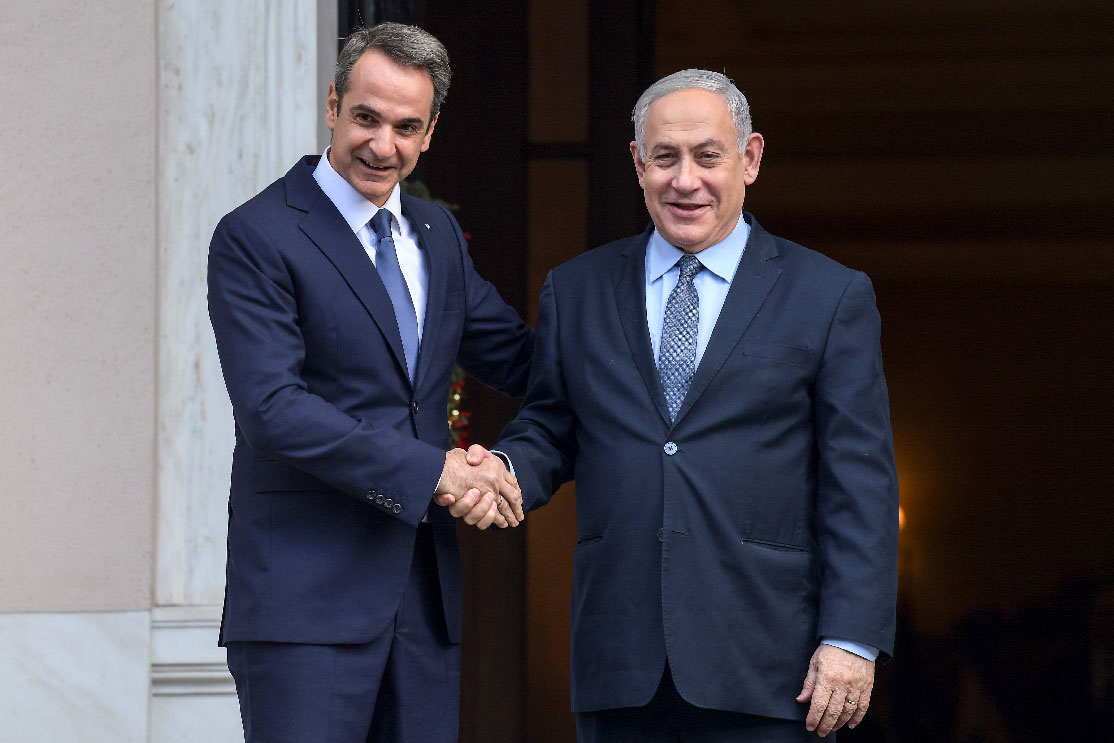 Tel Aviv wants to change the face of the Mediterranean leadership and does so by aiming for control of the Eastern Mediterranean. The instrument of the Israeli government is the gas quadrumvirate, the Eastmed project with its other three geostrategic pillars Egypt, Cyprus and Greece also in order to change the face of the Mediterranean leadership. Thanks to that network of pipelines, it is the first time that Israel has created a physical link with Western Europe. But the project extends beyond Old Europe: in recent weeks Bulgaria, Romania, Hungary, Serbia and North Macedonia have signed an agreement to support the EastMed gas pipeline. The agreement was reached thanks to an initiative promoted by the Athens Ministry of Energy.

The Eastern Mediterranean has become a new focus of Israeli strategic interests over the past decade. For Tel Aviv politics it is a 180 degree turn. A fundamental asset of this strategy is the “quasi alliance” with Greece and Cyprus. The Eastmed Gas Forum founded in Cairo is only the visible part of this strategy. The Forum counts on the support of France and the United States, and the European Union is a natural ally of this path. 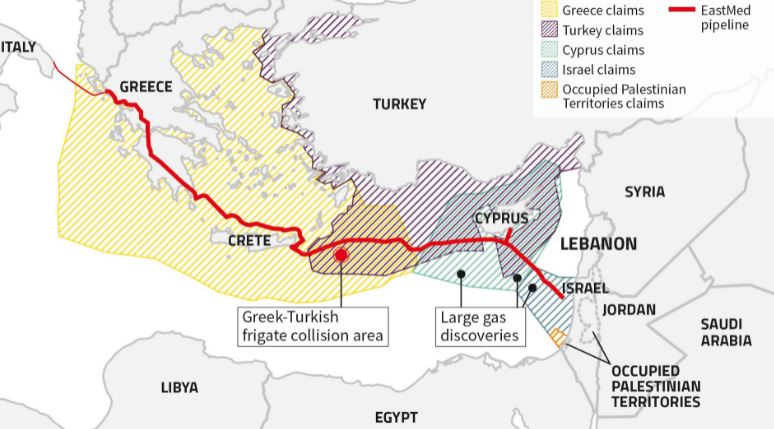 Historically, Israel had never conceived of the Eastern Mediterranean as an essential strategic arena. For the simple fact that that region has never represented a threat to Tel Aviv. The scenario changed with Israel’s discovery of natural gas in the seabed in Israel’s Mediterranean Exclusive Economic Zone. But not only. The new Israeli strategy also depends on the need to obtain desalinated water from the Mediterranean and tensions with Iran have also spilled into the maritime space.

The change of course has taken place in the last fifteen years, with a gradual rapprochement of Israel with Greece and Cyprus. Last but not least ingredient of this new asset of relations between Athens, Nicosia and Tel Aviv is also the common concern for Turkey’s behavior.

Today, we can speak of a diplomatic split between Israel and Turkey: a process of distancing that began in the last decade. The consequences are all to be discovered. Ankara and Jerusalem had always remained essentially neutral, by virtue of that “principle of terrestrial connection” at the basis of Turkish foreign policy.

The tensions between Greece, Turkey and Cyprus, cataloged by international analysts as the “energy picture of the Eastern Mediterranean,” could trigger a crisis in the area. A risk that is explained by Oded Eran, Senior Researcher at the Tel Aviv Institute for National Security Studies and former ambassador to Jordan and the European Union: we cannot ignore the tensions in the Eastern Mediterranean deriving from the disputes over the delimitation of national exclusive economic zones (EEZs), a long political, territorial and economic conflict that threatens the stability of the entire eastern Mediterranean and causes inconvenience to the regional gas industry ”.

Better prepare for war. Relations between Greece and Israel are also walking fast along this line: in April 2021, a $ 1.68 billion contract was signed for the creation and management of an air training center for the Hellenic Air Force, from part of Elbit Systems. The contract has a duration of 22 years. It is the largest defense procurement agreement between the two countries. Drone leasing agreements have also been signed and joint military exercises are scheduled to be more frequent.

You can read the first part of the article here: LINK

Never trust these filthy money-grubbing zio joo pigs!!! Not to mention Greece’s government which is acting like total whores to the Tribe and it becomes clearer by the day why Golden Dawn was eliminated from the political spectrum in the country. A mighty Olympian curse on the traitors to the Hellenic nation!!

Dont offend the pigs. It seemes they also are brighter then You. They already has several complaints about in in UN.

Your comment is typical for everything in Your sefcreated darkness. You not even try to communicate and are only able to became even smaller letting gas out from mouth and behind.

Thats what the conflict is about. If nobody else wanted that gas, there would be no disagreement, but You are TOTALLY BLIND for that option and even worse then that.

You seemes not to be aware of there has been disputes with greeks long time there was found gas by Israel in the area. Its very impressing any can forget that.

“Whore” is a descent job here too and well paid and not only for singles. And dont forget we have equal rights and almost half here are men. By that they becomes descent and better taxpayers then many…

I can only see Erdogan is not better then the Greek Quagmire or for that matter the one in Israel.

YOU ARE FAMILY. If we need more stubbern people here, we will ask for DNA from You. All 3 of You will send a goat, but we will return them and ask again and say: You are better then them in this.

Sorry Jens , that last batch of LSD was laced with strychnine which causes wild psychotic hallucinations as is being shown in your comments.

The zionists in isreal have long links with area around Greece and north of it. It’s where they originated. Half of Cyprus is run by Blighty, with the other half being under Turkish rule. Cyprus and the people of Cyprus hardly have a say in the matter.