On April 4, warplanes of the Royal Jordanian Air Force (RJAF) were spotted flying on low altitude along the Kingdom’s border with Syria.

A local shepherd from the southern Syrian governorate of al-Suwayda shared a video of the RJAF warplanes, most likely the F-16, maneuvering over the border. According to him, the warplanes penetrated Syria’s airspace for short while. Video was shared on YouTube.

The RJAF is not usually that active along the border with Syria. However, the situation in Jordan today is far from being usual. Late on April 3, the Jordanian military, security forces and intelligence foiled an alleged plot to overthrow the ruling regime.

Former Crown-Prince Hamzah bin Hussein, half-brother of King Abdullah II, was placed under home arrest. At least 16 of the prince’s friends and close aides were arrested.

Amman accused prince Hamzah and his friends, some of whom are well-known businessmen, of plotting a coup d’état with support from foreign powers. Ayman Safadi, Deputy Prime Minister, said that investigations into the plot are still ongoing and a “legal path” will be followed.

The situation in Jordan remains tense. The Jordanian military, which is highly loyal to the King, was apparently placed on high-alert to confront any possible developments.

I feel another Russophobic bullshit attack coming on.

Or another US Colour Revolution?

They and we really liked Comic Ali and like him now too.

So why not have some fun 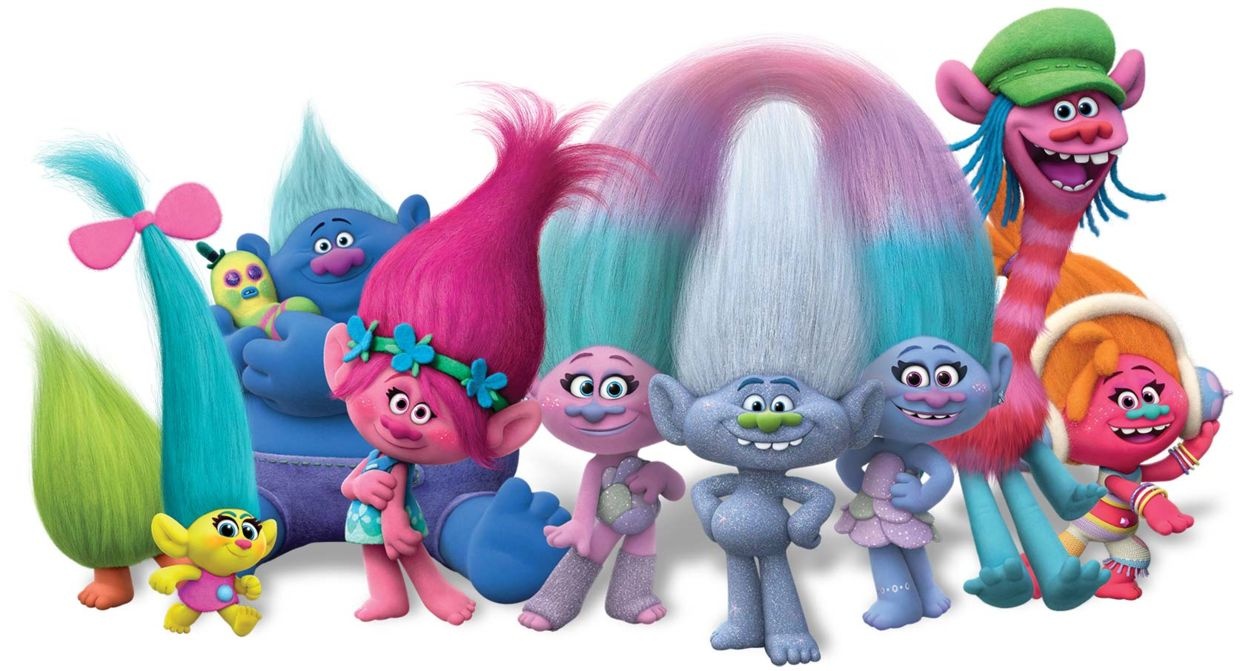 That could be the Ottomans before they finally collpased.

Don’t think so. Both Abdullah and Lisa Halaby’s son Hamzah are western puppets. This is a inter family Mafia style power struggle between two brats. Jordan is effectively occupied by 20,000 US occupation forces who use it as a base to train Wahhabi terrorists to destabilize Syria and the region. However, this may lead to a totally destabilized puppet Jordan and open another anti-Zionist front. The US terror enclave at Al-Tank is now under pressure.

Frankly, that would be great.

The US and lack of foresight go hand in hand. :)

If You raise Your behind, You might find a bottle of vodka.

When you raise your behind for your American masters, it’s like every other night at your house.

Frankly, the whole Zionist delusional agenda in the region is up the creek. Jordan has 60% displaced Palestinian population and is run by a corrupt Wahhabi pimp family of Western created puppets and now there is an internal power struggle. Jordan is basically part of greater Palestine. The Zionists are hated by all as the dead duck Abraham BS accord with UAE pimpdom has clearly exposed. The cowardly war criminal Nutter Yahoo was too scared to go there for fear of Iranian drones. LOL.

Correct. The scumbags are with You.

As a minimum this is both ways. We dont bend over 7 times a day to offer some Allah or Putin something for free.

News for me I should be a pathetic ISIS lover boy. Half an hour ago, I was jew. Well same food and less pots and pans by the muslims. I might prefare the Jews better, because they enjoy wine.

If You continue to write ransom crap læike this, You will regain as a Hindu worm again with addiction. The addiction is some birds loving worms.

We all are related with someone to make us alive and stay alive and possibilities for a good life.

The Britts actually made that country and still also support their Beduin versin there. To me its a great succes compared to many other things nearbye.

You version for puppet is wrong.

Thats unrealisme based on false assumptions as well. Your version for what Syria is is far out too.

Jordan so far has been very clever balancing very well. They dont want their country look like Lebanon, Syria and Iraq at all.

You more or less blame them that. Dialog with the Baathists is like communicationg with Your TV.

Syria is a failed state … lol

Syria is an Iranian vassal state these days

But the child killing IDF was supposed to “expel” Iran from Syria Twatz, what gives hiding in Canada. Brave little internet troll jew go fight against Iran then. LOL.

My fight is against YOU and your BS … eh?

Your ilk are the despicable enemy …

Much as books are used for making cigarettes. Whats in them? Hay ???

……and I presume that you believe that the apartheid, racist, child murdering entity squatting on Palestinian land is a paragon of democracy. The whole world realises that “Israel” will not exist in a couple of years…..time to go and leech off someone else, your American backer is now a bankrupt cesspit !

‘The whole world’ knows nothing …

Interesting timing with an American Aircraft carrier steaming towards the Syrian coastline. Do we have another one of many false flag attacks in the making?

You lie. The Harry Truman is stil outside the UAE coastline. Why do You fill the world with this kind of stuff. Google maps says so.

Where did You egt Your information. NOWHERE being a lying NOBODY.

Everybody knows you’re the big lying CIA Troll on here. And to prove to you I’m not lying.

Too stupid to be even a CIA troll.

No they dont. Its retardos or lazy bums, which cant even look up at internet as if they dont have or dont dare being afraid for their no free speech world created dark and biuased by themself.

You assume wrong things. The Americans almost always has an aircraft carrier in the Middle east and now too. Whats strange about that according Jordan.

Next I see no relations to CIA. They as usual are all over.

And I really do wonder how I can be a lying CIA troll, when I only give.

YOU ARE THE USUAL ONE: When the Chinese takes over Your God forsaken lands, it will be an improvement for us Westerns, that Your kind blame them in Chinese for, what You do about Westerns and Jews today.

Sorry and thank You. I have the correct map now even a few days old. You are right. Thats closer to Jordan then UAE. 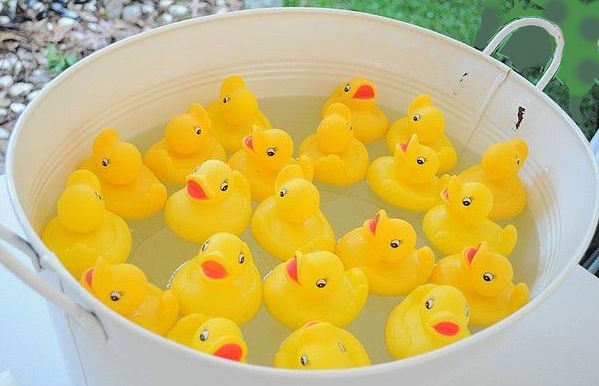 USNI webpage reported with video April 3rd the Eisenhower Carrier Strike Group in Suez Transit. Your point might have been a worry last week but seems to have passed, for now.

So I guess Lavrov is a racist, conspiracy theorist, delusional, White supremacist now because thats what I get accused of when pointing out the same facts. Not to mention the Asian lady in the bottom video, she must be a self hating, wanna be White, ” house Asian ” right ?

Russian Foreign Minister Sergei Lavrov on Thursday warned that anti-white racism might be building in the United States and said that political correctness “taken to the extreme” would have lamentable consequences.

But Lavrov stressed it was important “not to switch to the other extreme which we saw during the ‘BLM’ (Black Lives Matter) events and the aggression against white people, white U.S. citizens.”

The movement has led to a major debate about race, rights of people of color and the toppling of statues of figures linked to slavery or colonization in countries including the United States and the United Kingdom.

Lavrov accused the United States of seeking to spread what he called “a cultural revolution” around the world.

“I’ve seen Black people play in Shakespeare’s comedies. Only I don’t know when there will be a white Othello,” Lavrov said.

– MALKIN: Children Are Being Indoctrinated By Leftists In ‘War On Whites’ –

Thats dirt. There has been those disputed since texas was made as well as it was Trump, which again insisted in buioding a wall.

making it into Biden wanted thos and that is incorrect. Thjere already was a crisis about it and he try to handle it.

He should do nothing??? They cant even find the parents to many of the children Trump confiscated.

Frankly, Zionists are scared shitless and hasbara now is scrapping the bottom of the sewer.
Next

That’s who you are … using goyish hasbara

Lavrov is a Armenian racist. Russia does have the most racist skin head gangs, even though not accepted as white by the western imperialist racists led by the Anglo trash.

your lies are projections of your own racism

The US has to relocate from the Middle East, Obama realised that over a decade ago, so who’s going to take its place, Russia and now seemingly China, but to what extent will they support the maggot Jews.

They certainly won’t die for the lying thriving baby murdering maggots, that’s for sure, Jordan and KSA are playing on the wrong team as far as the future holds.

Im not sure, You are correct about relocate “FROM”.

My best wishes are those locals somehow learn to take over themself, so less come here for very bad resons.

As old too much routine infected writer You tell some very small dot between Gibraltar and The Philipines are a reason for the non soultions there.

If so the systems there are worth noting.

Obama didnt say as You bias into. He fx told USA would stay in Syria until there would be a stabile even thin relation between Assads and SDFs. USA in this never would be for a divided country.

I an see wht You see is wrong teams. I see about 3 teams there now, but I also see Jorna not ruled well enough by the new King.

Obama had to bail Britain and France out when Gadaffi was marching on Benghazi, so Gadaffi wasn’t very smart he should have waited and pretended weakness until the die was cast.

At least now the Brotherhood have learned by their mistakes.

I could go to Damascus now and bring peace between Turkey and Syria. All the refugees could go home reopen the ice skating venue in Aleppo, and maybe a MX track in Damascus.

The Jews / Zionists / Israelis are in complete control of the lands between the River and the Sea … hello?

The dying will be on the Arab side should there be a kerfuffle … eh? Especially Shia blood … they love death … isn’t that right?

The only hope for global peace is the permanent eradication of Zionist cancer.

Maybe that would eradicate the purpose of temporal life, I’m not judgmental idk, I only know evil when it used what I am to promote Zionism, I think it’s all about personal salvation.

The siting of Jordanian planes Is simply bs …

Jordan has NO INTEREST in threatening anyone … full stop

Zyklon B
Reply to  tzatz

If they’re goyims on the payroll of the zionists, then they do. Goyims would go to any lengths to save jews, that include sucking their d*ks and dying for no reason in their bullshit wars

tzatz
Reply to  Zyklon B

No one goes to war on Israel’s behalf except Israel … they’re not afraid of their enemies … hello?

Jens Holm
Reply to  Zyklon B 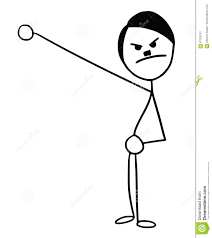 Jordanian war planes along the Syrian border to keep the IDF out of Jordanian airspace is long overdue.

JORDANIAN KING IS A CIA ASSET SO, EXPECT anything so, was his father.

You probatly cloned and raised him for it too:)

Amazing era to be in where shepherds can become freelance journalists.

Amasing You only know Jordan as that. You must be pretty old Yourself only knowing that from the past. And whats wrong with shepherds.