Following the panic among militants last night, the Syrian army, the National Defense Forces (NDF) and Liwa al-Quds set control over the areas adjacent to the Aleppo Citadel and seized the almost whole neighborhood of Old Aleppo, including the Umayyad Mosque.

Army troops are in Old Aleppo:

First video from Agure اغيور in old Aleppo city after been captured By SAA pic.twitter.com/TV6Ld0hs5U

Reports about the readinces of the so-called ‘moderate opposition’ to leave Aleppo city were also confirmed when a group of Fatah Halab (a local militant coalition of militant groups in Aleppo city) fighters surrendered to Syrian government forces near the Aleppo Citadel.

Local sources say that eastern Aleppo neighborhoods south of the Aleppo Citadel are the only area that remains under the control of the al-Qaeda-linked “opposition”.

However, at least a few of sporadic firefights were reported in the area north of the Aleppo citadel as the army and its allies conduct an operation to secure their recent gains. 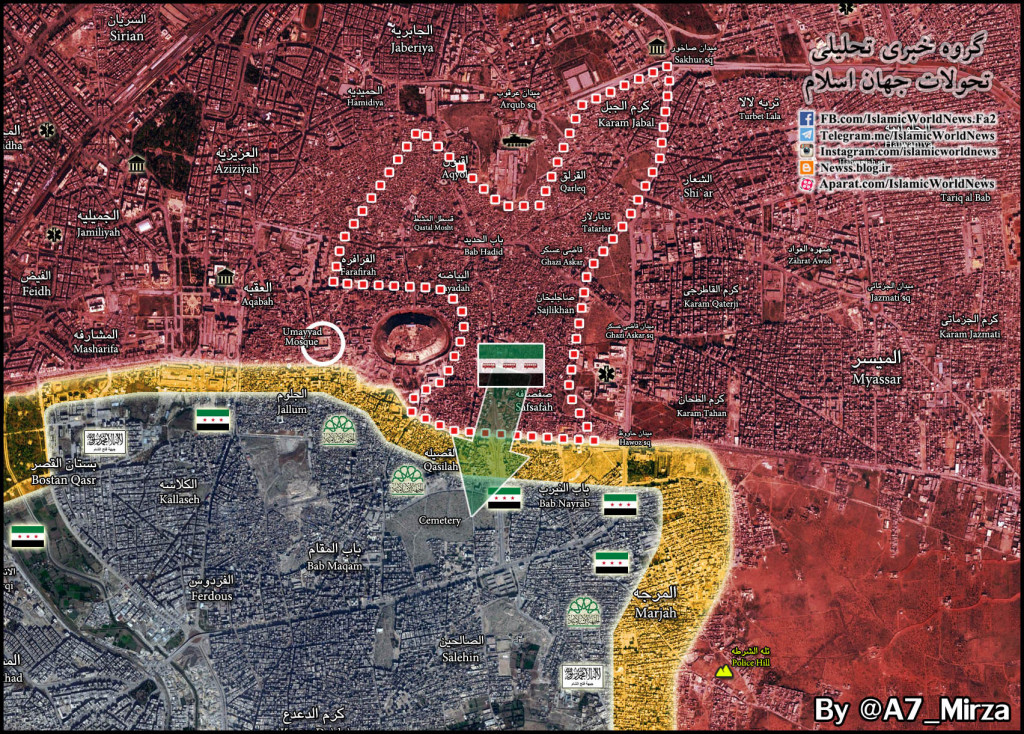 Don’t let them (terrorist ) to leave kill all of them to cure the cancer otherwise it will damage other part of the country.