Today US President Donald Trump is going to discuss with the world leaders UN reconstruction. The difficult conversation will take place at New York.

Politicians will be invited to the meeting to they sign a ten-point declaration calling on UN Secretary-General António Guterres to start reform.

“We support the efforts of the Secretary-General to introduce changes within the UN framework in order to better coordinate the work on humanitarian assistance, development and protection of peace initiatives,” the draft of declaration states.

In particular, it contains a proposal to reduce the number of UN staff.

Mr. Trump has repeatedly criticized UN, noting: now it is more like a club for friendly meetings than a serious political organization.

There is no need to mention: the structure of institution’s been changing since the moment of formation.

It is discussed constantly, but some bursts of real activity happen every 30 years and then … It’s clear that UN could work without them.

Basically, the UN adds to itself appendices of different value. 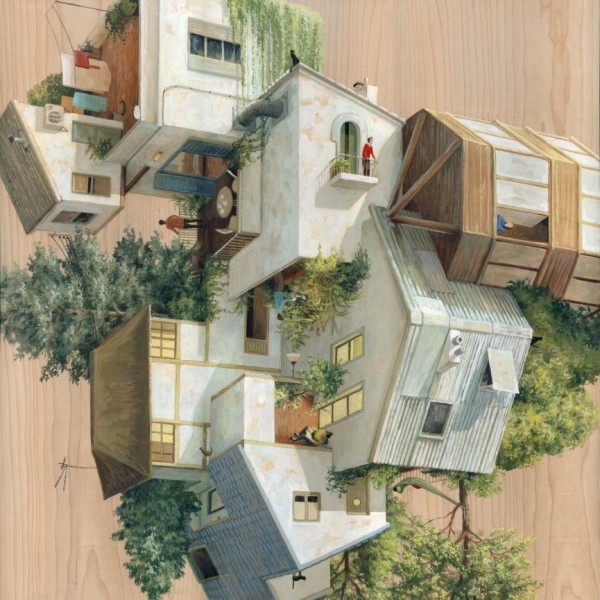 Since 1963, the UN has been accused of alternating between three points:

What kind of fee does the organization have?

The first three countries in terms of equity participation:

However, only the main shareholder is a permanent member of the UN Security Council. And the US is a minority. 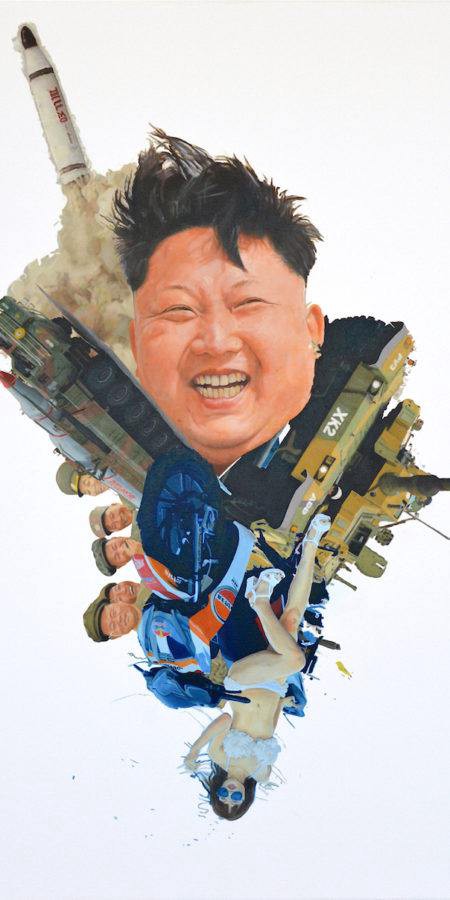 Over the 71-year history of the organization, the number of non-permanent members (only permanent members could veto) increased from 11 to 15. Relevant amendments to the UN Charter were introduced on December 17, 1963, by a resolution of the UN General Assembly.

No need to answer why – the presented layout is a legacy of the post-war world structure. Nowdays less than 8% of the UN members are represented in the Security Council.

Is this fair? If we are guided by “supreme goals” – of course not.

It is necessary to change the charter, but the current permanent members of the Security Council will not do this.

Imagine, that we present countries, which have seats in Security Council.

The approach is very simple (how to protect our position):

a) we can not dilute our shares and in any given scenario we remain permanent members;
b) the entire Security Council must adopt new rules unanimously, like the UN General Assembly;
c) need to implement regional representation (accept Germany and Japan, which pay contributions, then accept Brazil and India though).

The United States in the 70s have put forward the idea of including Germany and Japan as permanent members. This would increase the number of direct and dependent allies of Americans in the Security Council.

In the beginning of the 90s EU responded to this proposal: let’s introduce regional representation in the Counsil: at least Brazil and India.

Official Washington in response changes its version to the formula “2 + 3”. Japan and Germany, plus one country from each region of the developing world.

Brazil was not allowed to present South America by Argentina and Chile, the German mission puts on stack merging the shares of all European countries-permanent members into one – the EU. With a proportional reduction in weight. 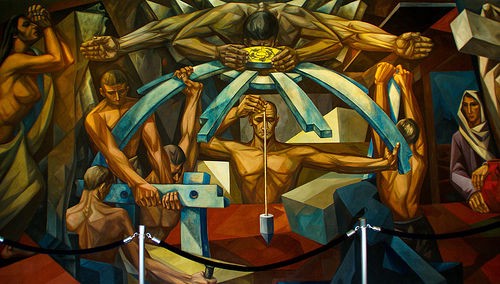 In 2000, Mr. Clinton’s administration agreed to expand the Security Council to more than 23 (non-permanent) members.

In 2008, was proposed a fantastic “League of Democracies”, which united  under Security Council “more than a hundred democratic states”.

In parallel, there are several sometimes mutually intersecting scenarios.

One of the options for reforming the Security Council is very interesting.

It has nothing to do with representation of allies, but consists in modernizing the work of the apparatus itself.

In particular, the activation of the Military Staff Committee, which has existed since 1947 as a subsidiar of the Security Council and the creation on its basis of full-fledged UN armed forces.

An alternative to the troops of the EU and NATO, but on a global scale.

Nobody talks about this openly, but there is tricky statistics: in the period from 1989 to 1994 the number of transactions has grown significantly.

The Security Council authorized 20 thousand new operations, which led to an increase in the staff from 11 thousand to 75 thousand people. “Blue Helmets” have already become real army. 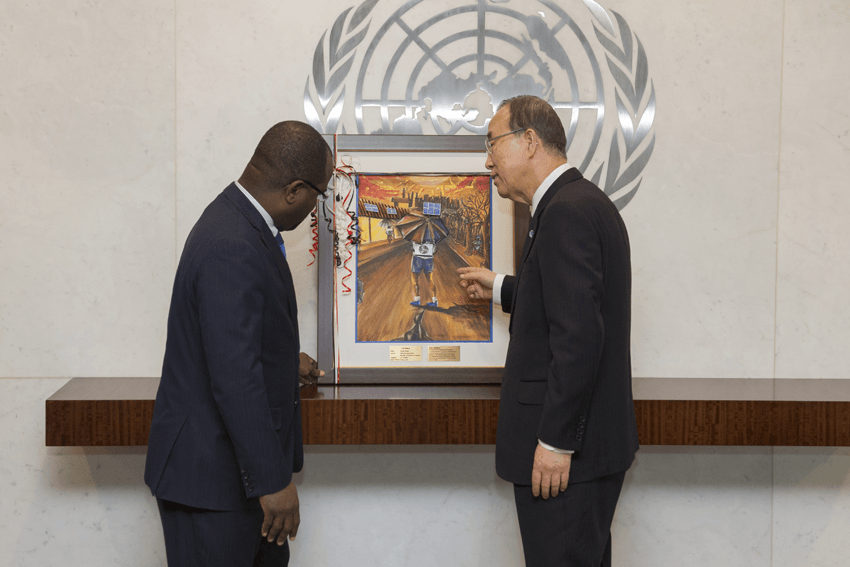 Anyway all the reform’s options will not help the United States.

In general, involving them in any complex international structure always has two consequences:

The only possible scenario is to organize a parallel appendix, which manages the Security Council through the UN General Assembly. Such a Security Secretariat with a proportional representation on membership fees.

Hint that kep in mind the unfortunate head of the White House.

In this case, a new body can be formed only by a general vote of all 192 countries. As you know, it is also extremely unlikely.

The more members you have in a club, the harder it usually is to reform it. Which is made worse if there’s a bitter divide among certain members. Unless an alien invasion were to happen to unite as all I don’t think the UN will ever get its shit together. But that’s okay, in the end something is still better then nothing. Even a forum where diplomats yell impotently at each other, as it at least gives them the chance to still meet and talk with another. Where else could US diplomats still meet and talk to diplomats from NK or Iran?

Let us also rejoice at the UN’s impotence, for it prevents the strong and wealthy countries from using this institution to impose their will on us even more then they already do.

The security council should be left as is. Give everyone a veto right, and nothing will ever, ever pass. Make it “democratic”, and the organization will become controlled by the power with most clout and puppets, namely the USA, making the entire organization pointless for the non-puppets, who will know that they will NEVER get their way in the UN due to US stranglehold, and thus may as well leave it.

Furthermore, the notion that the amount of money contributed to the UN should be in any way relevant is laughable – giving veto powers to someone based on money would just turn it into a bribery contest. There is no reason why a country like Germany, a US puppet state, should have such powers. Hell, even now, the roles of UK and France are relegated to giving asspats to US and may as well not be there at all.

Also, Blue helmets are a fucking joke that has been shown again and again to lack any sort of use and that has repeatedly engaged in criminal activity in the areas they “protected”. They shouldn’t even exist in the first place – even if the entire thing reformed into something remotely useful, it would only be used by the powers that be to bully around countries who displease it.

Disband the UN entirely. It serves only the ‘big boys’ (Russia included) who can bully countries inside the club, the ‘security council’ is nothing more than a mafia protection racket, with the 92% of countries being told who they can or cannot do business with by literally 5 people (countries holding vetoes).

The first plan of action to give credibility to the UN is to punish any member for violations. US, UK and France come to mind.

If they make the UN Security Council a majority vote, then have it be … the U.S., one EU member, Russia, China, and India. I don’t see the point in having both France and the U.K. on the council … 1. not big enough, 2. not diverse enough, 3. a second vote for the U.S. Let the EU decide how to choose their member, Germany is a logical choice but if they want to rotate membership and have that include the U.K. that’s up to them. Why Japan, they have a big economy but so what? No military, no nukes, not a player in international affairs, and a dying population.

In the membership I noted, a lot of power goes to India that they might abuse. Perhaps preserving the veto would be best. I’m on the fence. Putin had some ideas for reform, I wonder what he had in mind. Perhaps a two tier system depending on the nature of the dispute, one for the security council and one for legal matters like a world court for lesser matters that are more civil in nature.

We need a U.N. that is at least semi-functional.

The UN is a global Empire. Like the Empire in Star Wars. It needs to be crushed by the Resistance.