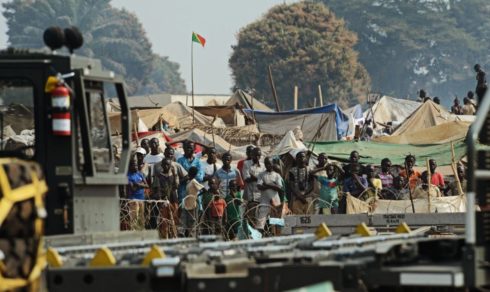 This month, the government of UK Prime Minister Boris Johnson joined an ignominious collective in announcing a refugee deal with Rwanda, seedily entitled the UK-Rwanda Migration Partnership.  The fact that such terms are used – a partnership or deal connotes contract and transaction – suggests how inhumane policies towards those seeking sanctuary and a better life have become.

In no small measure, the agreement between London and Kigali emulates the “Pacific Solution”, a venal response formulated by the Australian government to deter asylum seekers arriving by boat and create a two-tiered approach to assessing asylum claims.  The centrepiece of the 2001 policy was the transfer of such arrivals to Pacific outposts in Papua New Guinea’s Manus Island and Nauru, where they would have no guarantee of being settled in Australia.  Despite being scrapped by the Labor Rudd government at the end of 2007, the policy was reinstated by a politically panicked Prime Minister Julia Gillard in 2012 under what was billed the Pacific Solution Mark II.

The victory of the conservative Liberal-National Party coalition in the 2013 elections led to its most cruel manifestation.  Operation Sovereign Borders, as the policy came to be known, cast a shroud of military secrecy over intercepting boats and initiating towaways.  The crude, if simple slogan popularised by the Abbott government, was “Stop the Boats”.  Such sadistic policies were justified as honourable ones: preventing drownings at sea; disrupting the “people smuggler model”.  In truth, the approach merely redirected the pathways of arrival while doing little by way of discouraging the smugglers.

Inspired by such a punitive example despite its gross failings and astronomical cost (the Australian policy saw a single asylum seeker’s detention bill come to $AU3.4 million) , the Johnson government has been parroting the same themes in what the UK Home Office called, misleadingly, a “world first partnership” to combat the “global migration crisis”.  The partnership sought to “address” the “shared international challenge of illegal migration and break the business model of smuggling gangs.”  Not once did it refer to the right to asylum which exists irrespective of the mode of travel or arrival.

Johnson also reiterated the theme of targeting those “vile people smugglers” who have turned the ocean into a “watery graveyard”, failing to mention that such individuals serve to also advance the right of seeking asylum.  More on point was his remark that compassion might be “infinite but our capacity to help people is not.”

If one is to believe the Home Office, sending individuals to Rwanda or, as it puts it, “migrants who make dangerous or illegal journeys” is a measure of some generosity.  Successful applicants “will then be supported to build a new and prosperous life in one of the fastest-growing economies, recognised globally for its record on welcoming and integrating migrants.”

Rwanda is certainly going to benefit with a generous bribe of £120 million, slated for “economic development and growth”, while it will also receive funding for “asylum operations, accommodation and integration similar to the costs incurred in the UK for these services.”

The country will also take some pride in sidestepping its own less than savoury human rights records, which boasts a résumé of extrajudicial killings, torture, unlawful or arbitrary detention, suspicious deaths in custody and an aggressive approach to dissidents.  In 2018, Rwanda security forces were responsible for killing at least 12 refugees from the Democratic Republic of Congo.  They had been protesting a cut to their food rations.  Various survivors were then arrested and prosecuted for charges ranging from rebellion to “spreading false information with intent to create a hostile international opinion against the Rwandan state.”

The UK-Rwandan partnership also perpetuates old libels in discrediting cross-Channel crossers as purely economic migrants who somehow forfeit their right to fair assessment.  Emilie McDonnell of Human Rights Watch UK dispels this myth, noting Home Office data and information gathered via freedom of information laws that 61% of migrants who travel by boat are likely to remain in the UK after claiming asylum.  The Refugee Council, in an analysis of Channel crossings and asylum outcomes between January 2020 and June 2021, noted that 91% of those making the journey came from 10 countries where human rights abuses are acknowledged as extensive.

Refugees and asylum seekers are the stuff of political value, rising and falling like stocks depending on the government of the day.  For Johnson, the agreement with Rwanda was also a chance to preoccupy the newspaper columns and an irate blogosphere with another talking point.  “Sending refugees to Rwanda,” claimed The Mirror, “is the political equivalent of a distraction burglary, only less subtle and infinitely more criminal.”

The event in question supposedly warranting that hideous distraction was serious enough.  Johnson, along with his wife Carrie and UK Chancellor Rishi Sunak, were all found to have breached government COVID-19 emergency laws and fined by the police.  In the history books, this is already being written up as the “partygate affair”, which featured a number of socialising events conducted by staff as the rest of the country endured severe lockdown restrictions.  Those same history books will also note that the prime minister and chancellor are both pioneers in facing police-mandated penalties.

Johnson’s own blotting took place on June 19, 2020, when he held a birthday gathering in the Cabinet Room of 10 Downing Street.  “In all frankness, at that time,” he reasoned, “it did not occur to me that this might have been a breach of the rules”.  With such a perspective on legality and breaches, the Rwanda deal seems a logical fit, heedless of human rights, a violation of dignity, a potential risk to life and a violation of international refugee law.

More to it than this SF; in return the UK will take Rwandan refugees – so whilst many were happy about deporting the immigrants breaking out nation – oh nope, that is not the only thing in the fine print.

Lol, actually the Wester values are not that bad. The bad are the cliques that control every part of our life.