According to White House press secretary, Josh Earnest, President-elect Donald Trump and top members of his team have “lucrative” links with Moscow. 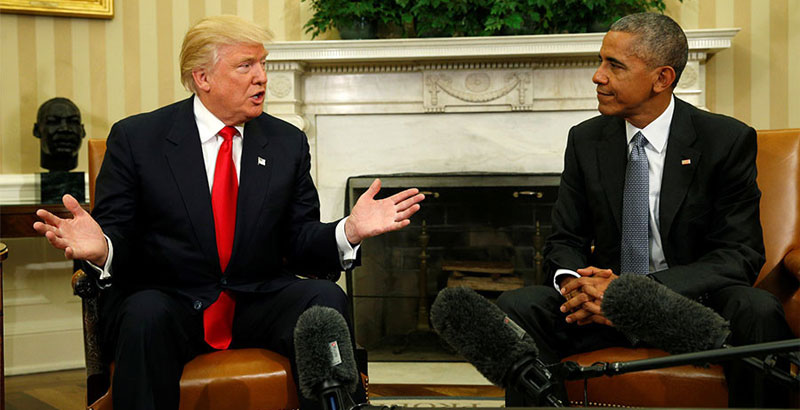 President-elect Donald Trump and top members of his team have “lucrative” links with Russia, including the Russian RT media service, spokesman for President Barack Obama, Josh Earnest, said at the daily briefing on Monday.

According to the White House press secretary, cyberattacks on the main rival of the Republican presidential nominee brought ‘benefits’ to the latter, and “his campaign did not make any effort to obscure this.”

Earnest has directly blamed Trump not only for turning a blind eye to Russia’s “attempt to destabilize our political system,” but even for ordering Moscow to attack Hillary Clinton.

Since October, the White House has been accusing Russia of cyberattacks on the DNC (Democratic National Committee) and Clinton in an attempt to interfere in the US presidential elections in order to help Trump to win.

Last week, the Washington Post newspaper reported that the Central Intelligence Agency (CIA) announced that people, associated with the Russian government, used hacker attacks to steal documents of the Democratic Party, sent them to the WikiLeaks website and helped in this way republican Trump to win the election. Trump himself said that such accusations are “ridiculous.”

Meanwhile, on Tuesday, the Reuters news agency reported, citing three American officials, that the US intelligence community has not agreed with the conclusions of the CIA that Moscow influenced the US presidential election, helping Trump to win.

According to the US intelligence community, there are no convincing evidences of the Moscow’s influence, and the CIA conclusions are based on “a thin reed.”

The Federal Bureau of Investigation (FBI) also has not supported the CIA conclusions.

Spokeswoman for the Russian Foreign Ministry, Maria Zakharova, also noted that the CIA did not provide any evidences of the fact that the hacker attacks were carried out by the Russian side.

So Russian hackers have now become to the Democrats what the socalled betrayal of German politicians, who signed the WWI armistice, became came to the Germans after WWI? A convenient scapegoat to blame so they wouldn’t have to acknowledge that they really were responsible for their own loss? It was the DNC that pushed through the nomination of Hillary Clinton who was so deeply unpopular that she failed to energize her own voter base. Even if the Russians did hack some databases, they weren’t the one who helped her win the Democratic primaries and nominated her. It wasn’t the Russians who squandered away her lead in the polls and thought they had it in the bag after ‘grab them by their pussies’. It wasn’t the Russians who stopped Hillary from ignoring the Rust Belt. And it wasn’t the Russians who tarnished Hillary’s reputation as a deeply corrupt crooked politician.

No. Let’s blame the Russians instead. After all, the CIA says so. And if there’s one agency in this world with extensive experience in influencing elections its the CIA. So if they say it’s true it must be true. Right?

In a nutshell, right on man. :P

Totally different. The ‘Stab in the Back” wasn’t about signing the treaty. It was about a.) the Socialist Party in Germany voting against funding so that all available males in each age class could actually be conscripted and trained, in the years before WWI, leading to Germany being able to mobilise a smaller proportion of it’s manpower than France when the war came, b.) Communist agitation in the training centres and barracks in Germany, that led to some new soldiers sent to the front from very late 1917 on disobeying orders, refusing to fight, etc. c.) the Communist-led Kiel naval mutiny, and d.) the implication that, in combination with the Communist uprisings in Germany right after, items a-c had all been part of a comprehensive plan to seize power in Germany by undermining the war so that the government could be overthrown. Contrary to Allied propaganda, there was actual substance to the National Socialist claim about the Stab in the Back, as almost all German war veterans knew.