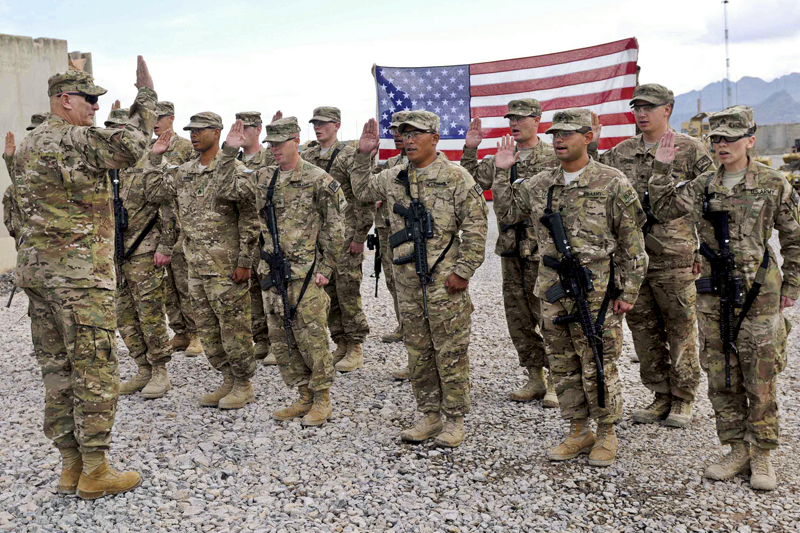 President Barack Obama called Afghanistan’s security situation precarious and said that he will keep US troop levels there at 8,400 through the end of his administration in January, Reuters reported on Wednesday. Previously, the USA planned to reduce troop levels to 5,500 by the end of the year. Obama still plans to reduce US troop levels from the current roughly 9,800, but not as much as previously planned.

According to recent United Nations estimates, more territory in Afghanistan is holding by Taliban forces now. A small presence in Afghanistan has been also established by the Islamic State group.

“The security situation in Afghanistan remains precarious,” Obama said. “The Taliban remains a threat. They’ve gained ground in some places.”

The US president said that the US forces will play the same role in Afghanistan: they will train and advise Afghan troops and police, and support anti-terrorist operations against the Taliban and other militant groups.

However, some Pentagon officials think that Obama does nothing to improve security situation in Afghanistan.

“It’s disappointing that the administration thinks that troop numbers are a substitute for a more comprehensive strategy,” a US defense official said, speaking on condition of anonymity. “This is neither the reduction that the White House seems to have wanted nor the current numbers that don’t seem to be sufficient to deal with the security problem.”

There are about 3,000 other international troops in Afghanistan in addition to the US forces.