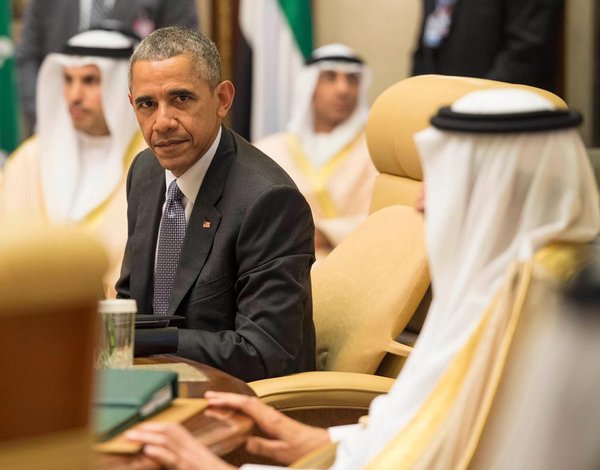 During his visit at the Gulf Cooperation Council, Obama has pressed for democratic reforms. The current situation in the Gulf monarchies would result in a destabilization of the entire Middle East.

This week US President Barack Obama visited the Gulf Cooperation Council (GCC) in Riyadh. Its members are Kuwait, Bahrain, Saudi Arabia, Qatar, UAE and Oman. By means of this official visit the US government wanted to emphasize, that Washington still stands up for the security of the Gulf states, Reuters reports.

“I have substantiated the US policy of safeguarding our core interests in the Gulf Region in terms of utilizing all elements of our power, to counter any external aggression against our allies,” Obama characterized the purpose of his visit.

However, the US president also voiced criticism towards the Gulf States. “Prosperity and stability in the region are depending on the level of equity, the citizens of these countries are treated with (…) Sectarianism will always be an enemy of peace and prosperity,” said Obama.

Saudi King Salman spoke in high terms of the GCC summit and the meeting with Obama, denoting the latter as “constructive”. He expressed the desire of the GCC countries, to deepen their relationship with the US.

Previously, intentions of the US Congress became apparent, to deprive Saudi government officials of their diplomatic immunity by means of passing a corresponding law. According to a secret dossier, Saudi agents should have been involved in the attacks of 11 September 2001. So far, President Obama is blocking the bill.

Ben Rhodes, Obama’s national security adviser, reported that King Salman and Obama were engaged in a conversation lasting for more than two hours. It has been a “very open and honest discussion”, according to Rhodes. Rhodes literally: “The American president said that he expects even more democratic reforms and an improvement of Human Rights in the Gulf states.”
In the Middle East the GCC countries and the Iran are competing for power and influence. In the Syria conflict, the two blocks are even openly hostile.
Coming from Saudi Arabia, Obama arrived in Europe on Friday. Until Sunday he´ll stay in London, before traveling to Hannover subsequently.

It’s always laughable when the US lectures other nations about democracy, human rights, equality, etc. Attributes that are missing from the US.

Even if the saudis acted like they weren’t offended, protesting for democracy in saudi arabia will get your head taken. The foreign workers there are treated even worse than saudi citizens. If any country needs regime changed besides the us it’s saudi arabia. Ironic that obama is lecturing others about “democracy” while back in the us election fraud and rigging is being done so openly.

http://www.killedbypolice.net shows, that extrajuridicial killings on US soil are 3x more, then saudis chop down every year. so how can that stupido be taken seriously? moron.