The New York Times has hired a bigot, whose tweets from just 48 months ago would have gotten Roseanne Barr excommunicated from the planet were the race simply changed.

On Wednesday the paper announced the addition of Sarah Jeong to their editorial board as the “newest in a fab group of recent additions.” As the Daily Caller‘s Amber Athey notes, Jeong previously wrote for the Verge and authored a book about online harassment and free speech titled “The Internet of Garbage.”

One of Jeong’s tweets from 2016 reads: “Dumbass fucking white people marking up the internet with their opinions like dogs pissing on fire hydrants.” Another reads “oh man it’s kind of sick how much joy I get out of being cruel to old white men“.

And while words don’t hurt anyone, so who cares – the left has established that anyone’s tweets can qualify them for a witch hunt, which is why director James Gunn is no longer employed by Disney after several very pedocentric tweets were unearthed.

Democrats have redefined racism precisely so people like Sarah Jeong can say racist things and still get jobs at the New York Times. pic.twitter.com/ibjWFy5NLi

Jeong is apparently a chartist as well:

we should address the data head-on pic.twitter.com/XoaX7vUP4x

As a thought exercise, let’s simply change the race Jeong hates so much to black people, as the Twitter account @NotRacistWhen does, and see how she comes off:

“I dare you to get on Wikipedia and play “Things black people can definitely take credit for.” It’s really hard.”

“Black people have stopped breeding. You’ll all go extinct soon. This was my plan all along.”

Now you might be thinking – “Maybe the NYT simply overlooked these tweets when hiring her, and she’ll surely be fired like they did with Quinn Norton after her derogatory tweets about black and gay people were unearthed.”

Nope, In fact, the paper not only says they knew about the tweets as part of her vetting process – they said her bigoted tweets were simply imitating other racists!

“Her journalism and the fact that she is a young Asian woman have made her a subject of frequent online harassment. For a period of time she responded to that harassment by imitating the rhetoric of her harassers.”

Our statement in response to criticism of the hiring of Sarah Jeong. pic.twitter.com/WryIgbaoqg

Jeong provides two examples of such harassment that justified her dozens of rants about white people, along with a statement which reads “I engaged in what I thought at the time as counter-trolling. While it was intended as satire, I deeply regret that I mimicked the language of my harassers. These comments were not aimed at a general audience, because general audiences do not engage in harassment campaigns. I can understand how hurtful these posts are out of context, and would not do it again.”

NYT newest hire was not responding to a troll in 2016 when she wrote FUCK WHITE WOMEN.

Media hate us. HATE us.

Roseanne Barr, meanwhile, said she didn’t know former Obama admin staffer Valerie Jarrett was black when she compared her to a character from “Planet of the Apes,” resulting in ABC swiftly firing her from the reboot of her eponymous show.

She should have just said she was mimicking racists!

1. New York Times does not use the word "racist" to describe Jeong's tweets.

Richard Spencer is more subtle than this woman.

2. I'm not sure, "I imitated internet commenters" is really the kind of editorial decision-making fit for America's top newspaper. https://t.co/wieMHKpIr3

If Sarah Jeong thinks white men really suck wait until meets the rest of the opinion columnists at the New York Times.

She literally tweeted how she gets a sick “joy” out of “being cruel to old white men,” & celebrated white people going extinct, yet she's the victim?

Give me a break.

Jeong's bigoted views about (conservative) white people are SHARED by arrogant media elites, including the NYT.

She referred to an entire race of people as "goblins" and declared that race was the primary determinant of one's value as a human being. That's the literal dictionary definition of racism, @davidjoachim. pic.twitter.com/CnkXyudPGN

Hillary: What difference does it make? [cackle… cackle…] 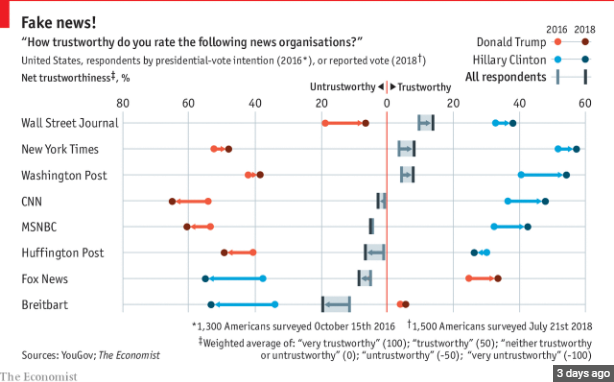