The Pentagon spent millions of dollars on investigating reports of unidentified flying objects.

In the $600 billion annual Defense Department budgets, the $22 million spent on the Advanced Aerospace Threat Identification Program was almost impossible to find.

Which was how the Pentagon wanted it.

For years, the program investigated reports of unidentified flying objects, according to Defense Department officials, interviews with program participants and records obtained by The New York Times. It was run by a military intelligence official, Luis Elizondo, on the fifth floor of the Pentagon’s C Ring, deep within the building’s maze.

The Defense Department has never before acknowledged the existence of the program, which it says it shut down in 2012. But its backers say that, while the Pentagon ended funding for the effort at that time, the program remains in existence. For the past five years, they say, officials with the program have continued to investigate episodes brought to them by service members, while also carrying out their other Defense Department duties.

The shadowy program — parts of it remain classified — began in 2007, and initially it was largely funded at the request of Harry Reid, the Nevada Democrat who was the Senate majority leader at the time and who has long had an interest in space phenomena. Most of the money went to an aerospace research company run by a billionaire entrepreneur and longtime friend of Mr. Reid’s, Robert Bigelow, who is currently working with NASA to produce expandable craft for humans to use in space.

On CBS’s “60 Minutes” in May, Mr. Bigelow said he was “absolutely convinced” that aliens exist and that U.F.O.s have visited Earth. Working with Mr. Bigelow’s Las Vegas-based company, the program produced documents that describe sightings of aircraft that seemed to move at very high velocities with no visible signs of propulsion, or that hovered with no apparent means of lift.

Officials with the program have also studied videos of encounters between unknown objects and American military aircraft — including one released in August of a whitish oval object, about the size of a commercial plane, chased by two Navy F/A-18F fighter jets from the aircraft carrier Nimitz off the coast of San Diego in 2004.

Mr. Reid, who retired from Congress this year, said he was proud of the program. “I’m not embarrassed or ashamed or sorry I got this thing going,” Mr. Reid said in a recent interview in Nevada. “I think it’s one of the good things I did in my congressional service. I’ve done something that no one has done before.”

READ MORE AT THE NYT

Like the article states, most of the money went to a longtime friend. How much was kicked back to Reid? Nice to have friends in high places. “It’s a nice racket!”, Al Capone.

During a meeting at the Semjase Silver Star Center in Switzerland I was told that 70% of the UFOs being seen in our skies at this time are of terrestrial manufacture from various government and private secret space programs active on our planet. I was also told that ETs have been visiting the star center.

With satellite cameras that can read license plates. The governments that have them have been watching UFO activity between the satellites and our planet’s surface for decades. As well as turning the cameras to look at UFOs approaching our planet from outer space. Some of the ET ships purportedly have cloaking ability that makes them invisible to the naked eye. Though I’m sure that some of the surveillance satellites have additional sensors to try to detect the ships.

Some governments know a lot more about the UFO/ET presence here than they’re releasing. And there’s probably some truth to the development of a two tiered civilization here, or a break away civilization as some people call it. That has had access to sequestered technology and ET interaction. And has used this to develop a sequestered civilization underground and above ground in sequestered buildings, and off planet on ships and possibly the moon, Mars and beyond.

I worked in some of these programs when I was younger, and have now gone off on my own, though I still maintain some government contacts, clearances, permits, etc.. on an as needed basis to do things lawfully.

These are some pictures taken by myself and others at the Semjase Silver Star Center: 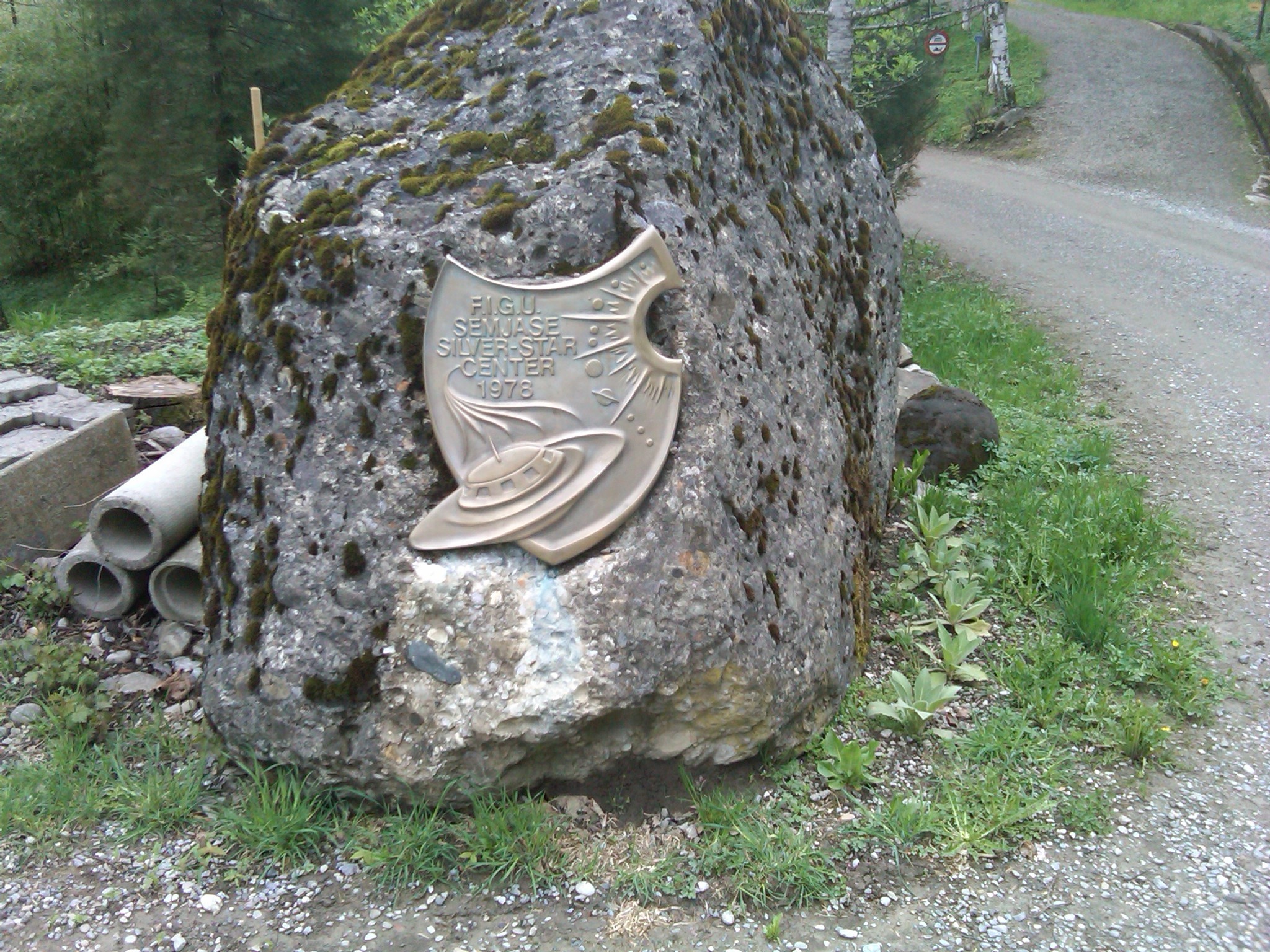 The inn where I stayed for 3 days down the street from the star center: 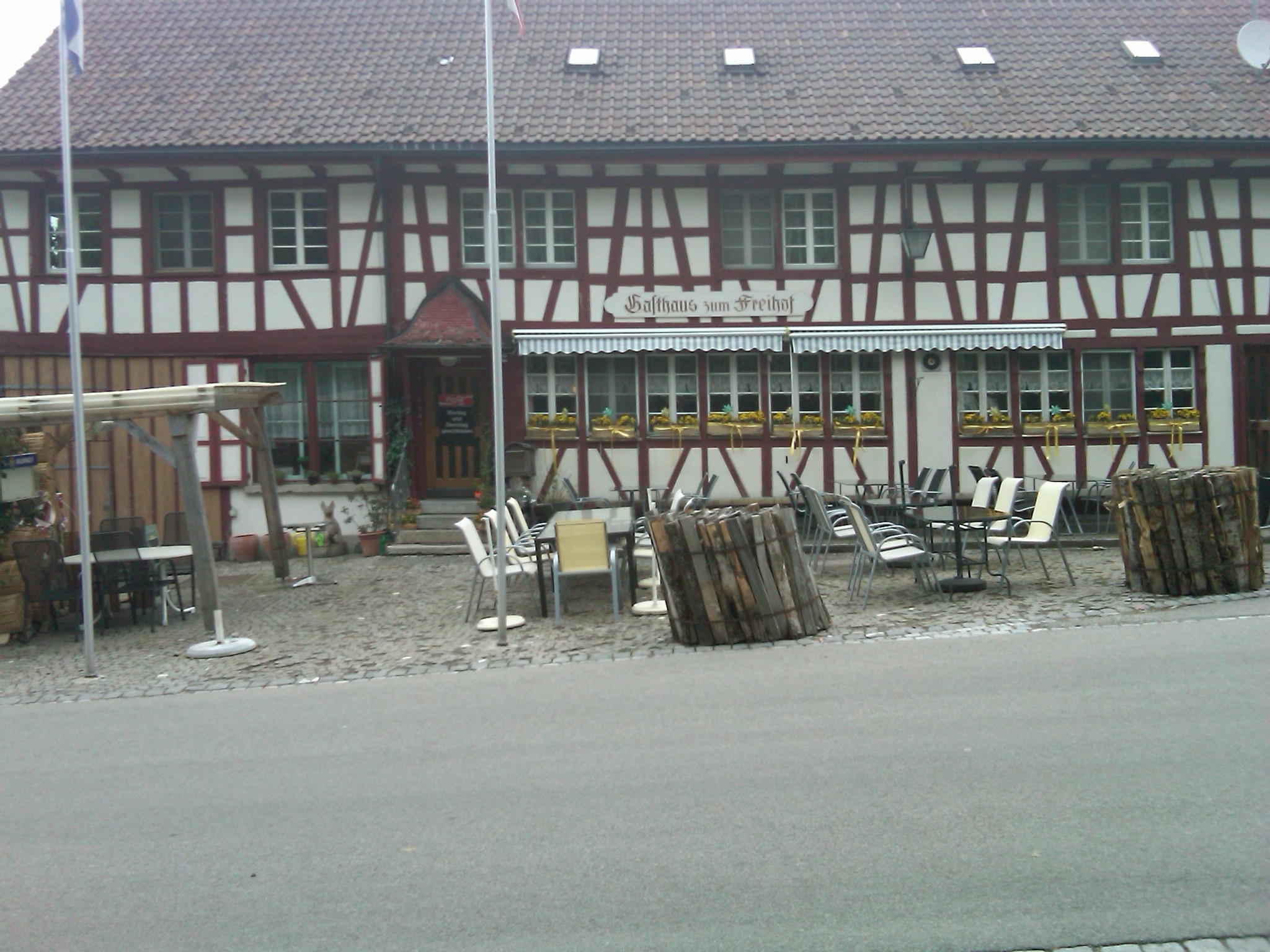 These are pictures of an extradimensional light ship that appeared at the star center that neither Mr. Meiers nor the ETs were able to identify. I had a close encounter with a similar probe south of Area 51 in Indian Springs, NV a few years ago during an ET contact op with the Tall Whites at the school yard playground south of the village. That was about 36 inches in diameter, brass colored and moved sideways above the ground about chest high 75 to 100 feet from me: 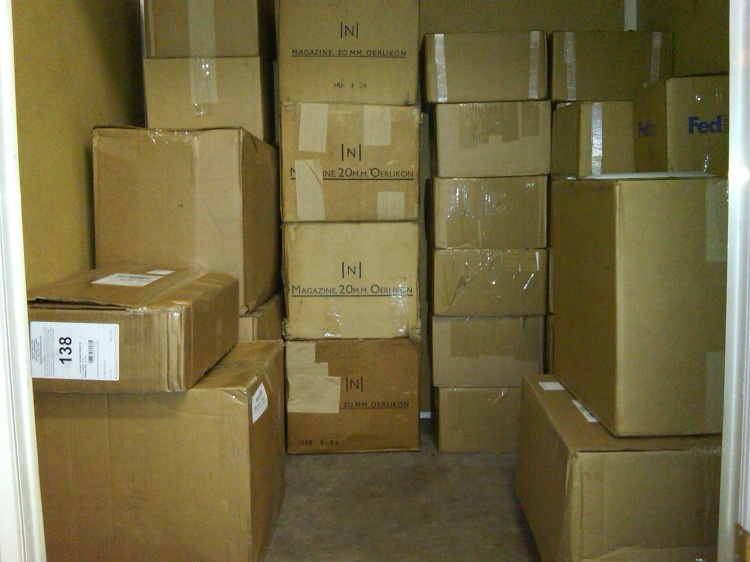 This is a picture of an ET landing zone that I reconned in the Rocky Mountains at 11,000 foot elevation. It’s about a 20 mile round trip hike on black diamond trails to get there and back again. I’ve heard the mountain lion’s roar echoing through the basins and canyons when I’ve been up there. They grow up to 300lbs in this area. 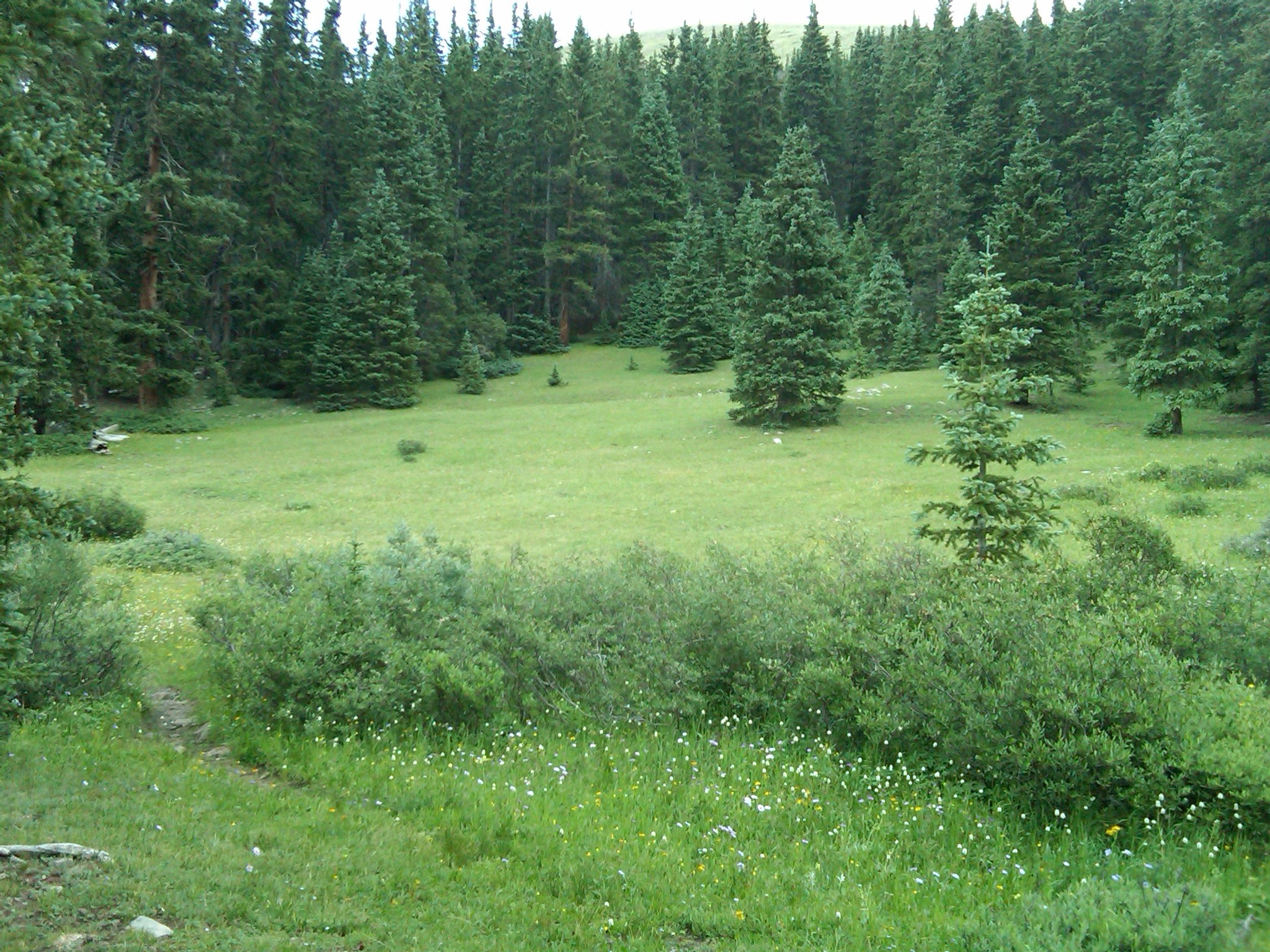 After I get back from my Christmas trip back east, I’m planning to mountain bike to a remote location where it’s unlikely that other people will be nearby to interfere with contact work. And set up a research station for telepathic and ET/ED contact research and development. I bought a small front cargo rack online for installation when it arrives for additional gear for the bike that I built for contact work. And picked up the Remington 7400 auto loader 30-06 from the pawn shop that I bought for $400.00. And have been ordering in parts for an anti material rifle build for security for contact work: 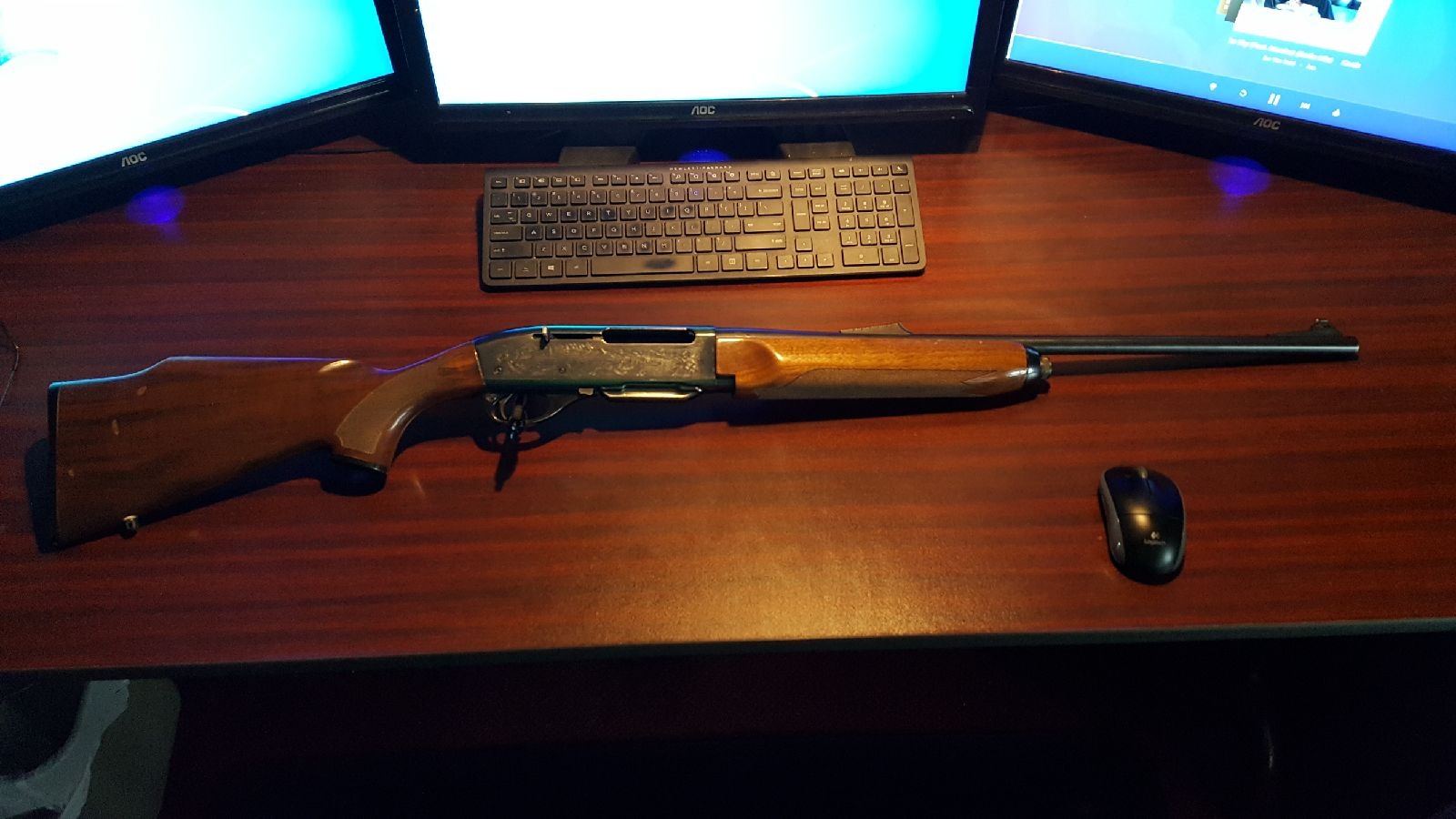 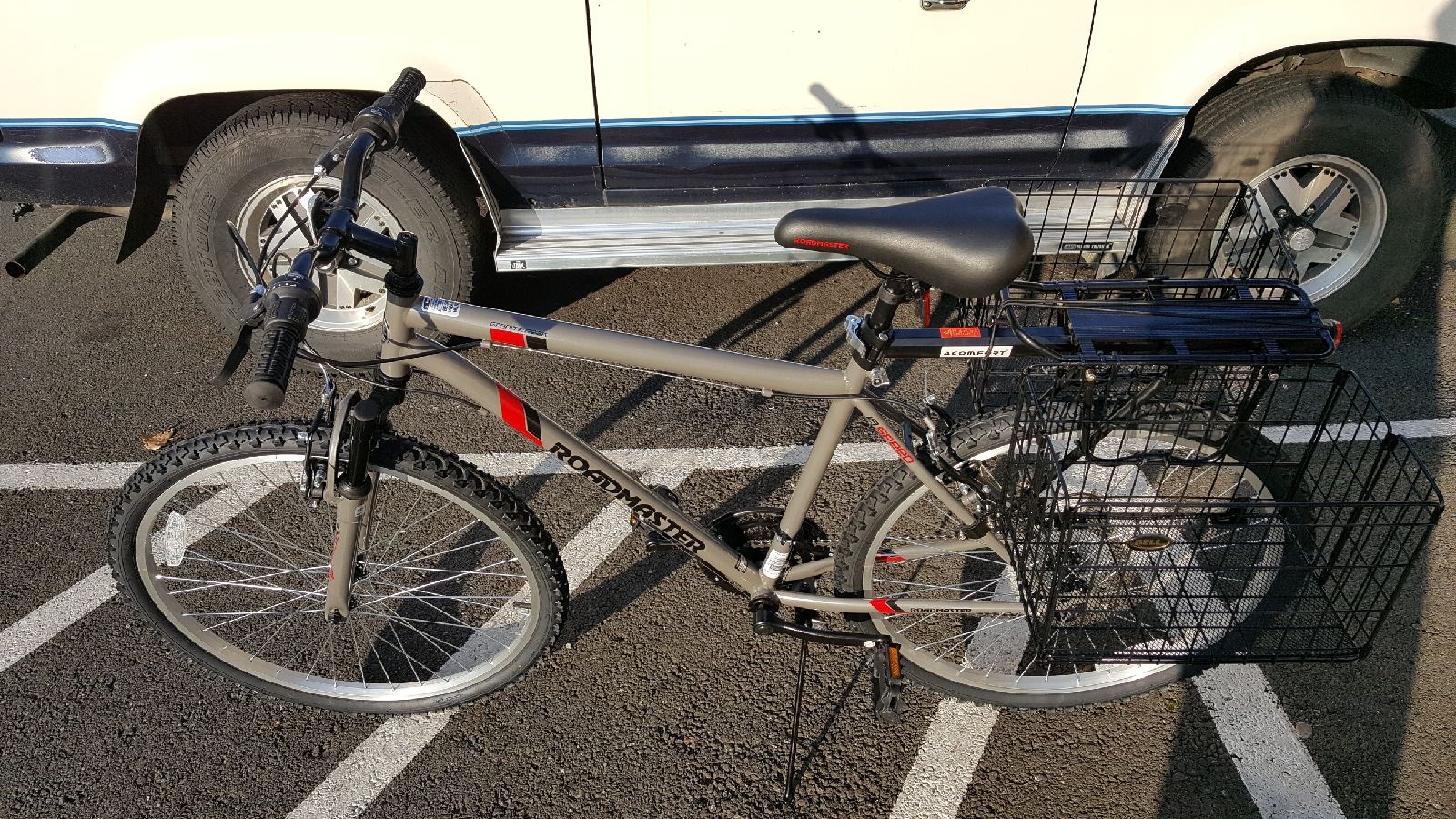 This is a picture that I took in Egypt on the Giza plateau during the 2012 winter solstice. I spent 30 minutes inside the pyramid central chamber meditating before during and after the 26,000 year galactic alignment. This may have resulted in genetic modifications to my DNA providing enhanced abilities from the high density of cosmic energy that I may have been exposed to. 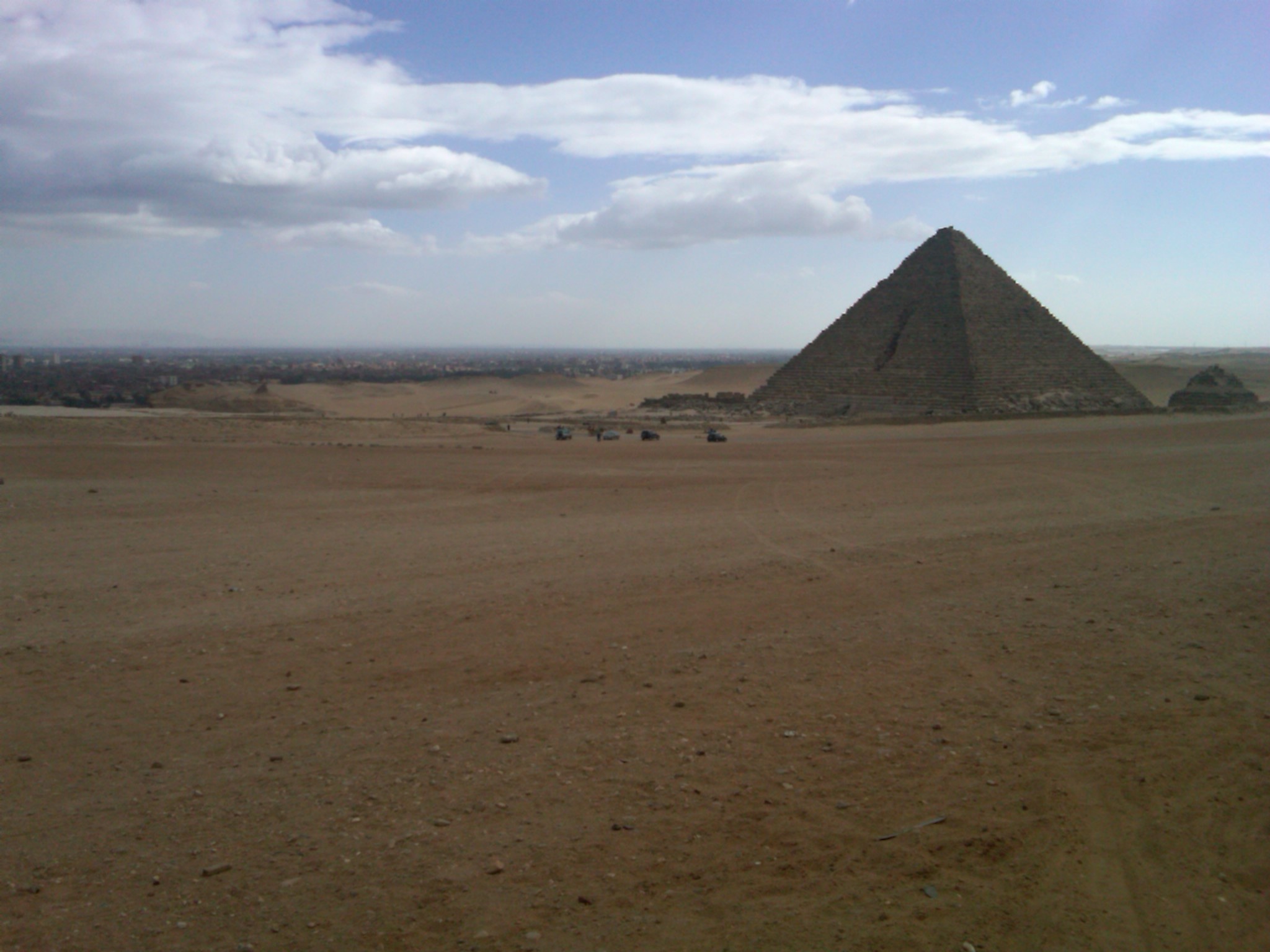 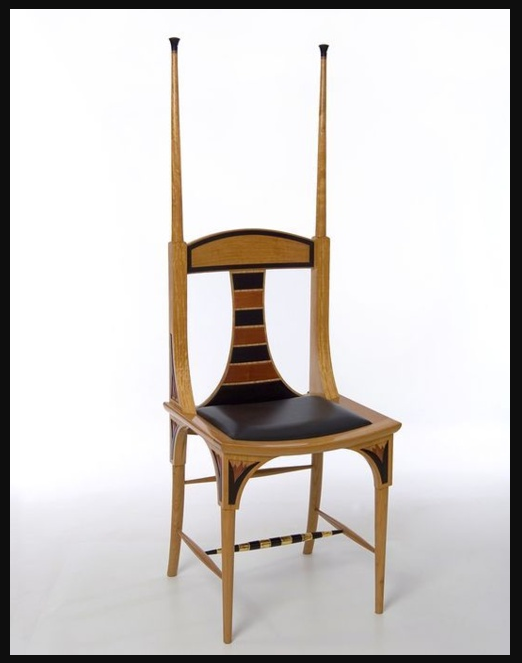 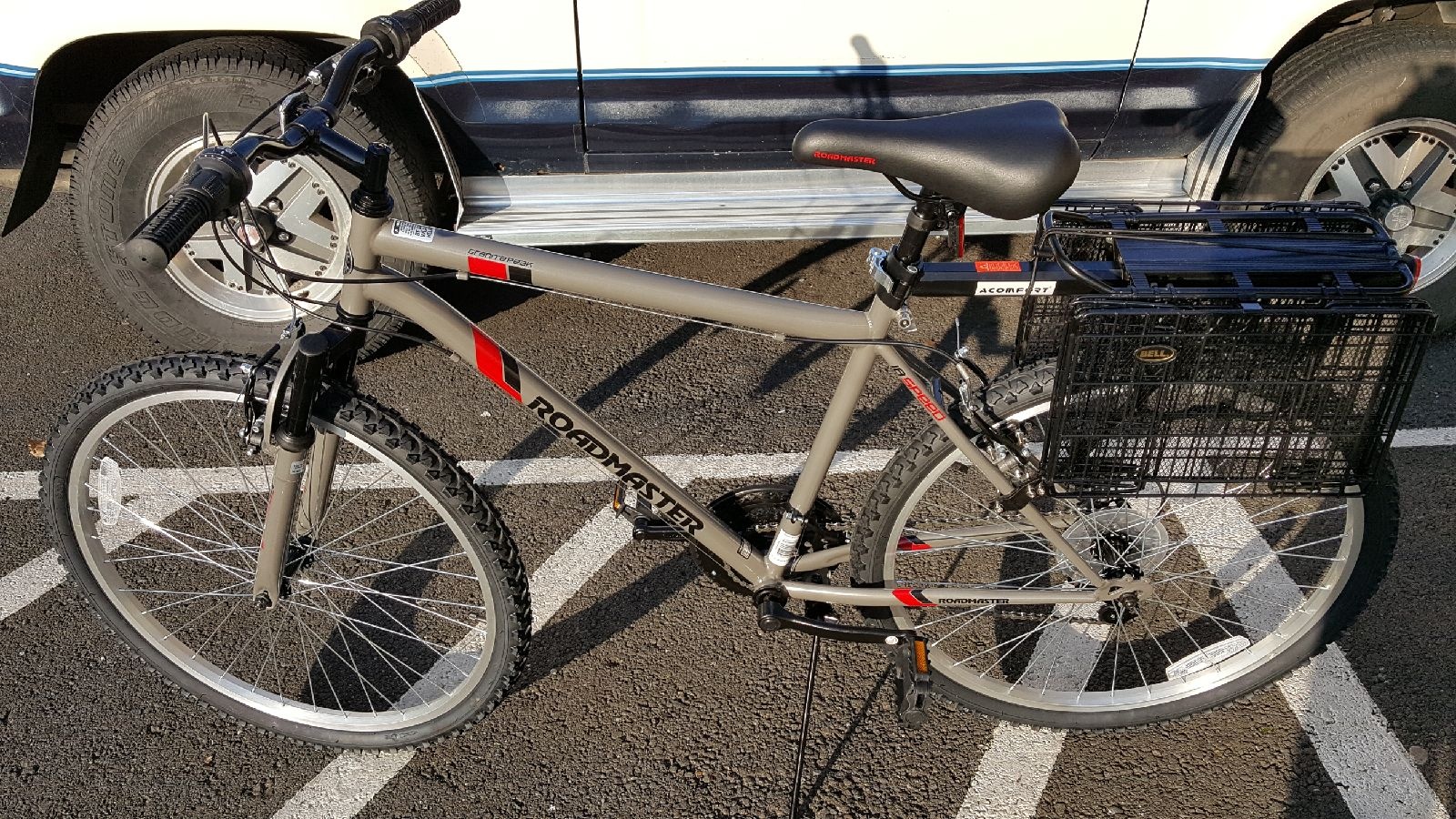 I don’t understand your question.

Why would you make these outlandish claims?

What do you think is untrue?

I think the whole thing is untrue. Damn, are you serious?

What standards of evidence would you deem to be credible?

I don’t know which of these claims are credible, but I have an idea of which are not credible.

What is it that I’ve posted here that you don’t think is credible?

This UFO was sighted in Big Basin, California. I may have built component parts for something like this when I worked as a machinist and toolmaker in heavy military electronics when I was younger:

Disc craft schematic hanging on my wall. My laptop with the 350 page operations manual for it that I legally got from a former White House insider shortly before he died from fast acting cancer, that was stolen from my truck, after I read it, when it was broken into: 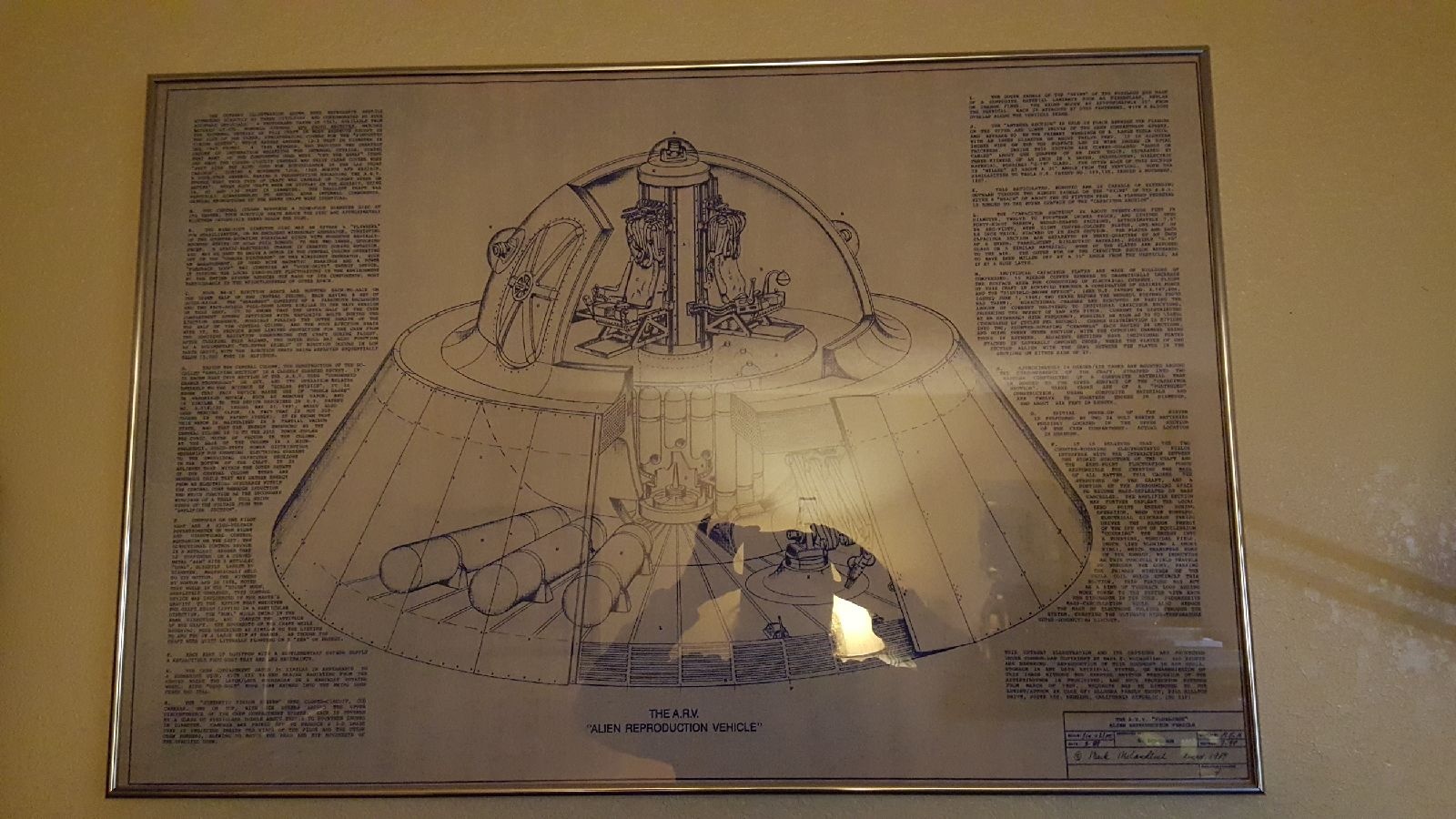 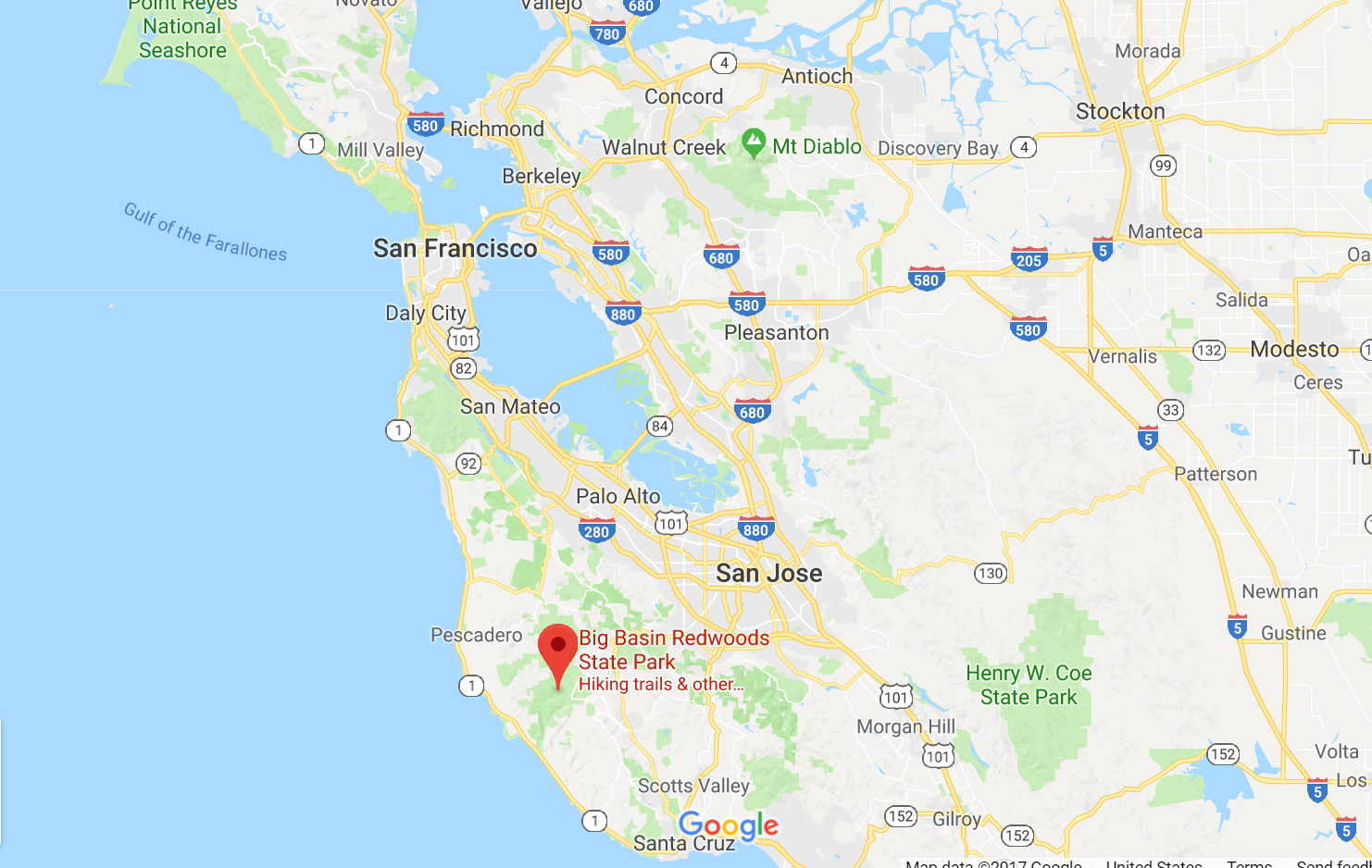